Driving home after work Matthias Bach had the idea of creating a new stone surface. For the last 12 years, Matthias Bach has been working in the production and development section at Ströhmann Steinkult in Hofheim-Wallau, not far outside Frankfurt, a family-managed company. His office is jam-packed full of crates with specimens of any manner of different stones and the results of a variety of processing experiments. In his latest experiments, stone becomes an almost fluid material. In one case, two strips of stone, which are rightly collectively termed a "stone skein", are interwoven with much air in-between, in another (the stone décor "Change") the pattern somehow gives a new dimension to the idea of mesh that we otherwise associate with metal. Both decors break through the surface and penetrate into the depths of the stone, overcoming the dividing line between surface treatment and design.

"Tendenza S" is the name for Ströhmann's new method of processing stone, whereby the Italian word "tendenza" stands for current/flow or tendency, the "S" for Ströhmann. The idea entails a form of stone modulation in which art and craftsmanship jell. For some five years now the company has been focusing on this kind of surface treatment. The development of new surfaces has always been the result of experimentation, i.e., of a constant process that unfolds through the collaboration of designers, architects and interior designers. A pattern is developed, a sample then made, and from this conclusions are drawn as to how to proceed further, something that of course also includes possible setbacks.

While five of the Ströhmann Steinkult staff members work in such a lab - or the "Development Dept." as they call it, anyone in the company is welcome to contribute ideas. Because irrespective of whether someone finds inspiration while en route to the dentist or when wandering along a sandy beach, anyone can have a great idea on how best to give stone a new face. And in particular nature is a prime source of inspiration, comments Uwe Ströhmann, one of the managing directors. "Take bark for example. It's different depending on the tree you are looking at." And every stone has its own unique surface structure and texture, for stone is a natural product, meaning that each has its own properties. Moreover, the stone changes in the course of time and its appearance influenced by the patina it gradually has.

Stone is a highly individual material, and thus quite unlike its main rival, industrially-produced ceramics. And Ströhmann processes the contracts it is awarded accordingly. You will look in vain for mass-produced articles made by the company, as each job is developed with the client and tailored to its special requirements. In other words, the output consists of customized one-offs and staff members regularly face new challenges with each new job. Just how tightly does the sandblast nozzle have to be set in order to make sure that the surface of chosen stone gets textured and not drilled right through? How to structure stone cladding such that it can be backlit? How to build a bar made of natural stone that is nevertheless ultra-light?

"Tendenza S", for example, is the product of staff creatively experimenting with the relevant machines. Because the interaction between the two is what counts. You need people like Matthias Bach and all the other employees, who can take an idea through from its infancy to realization, and new technologies that help implement the ideas that have hitherto not seen the light of day. Only in this way can the aesthetic potential for design with natural stone and texturing natural stone really be tapped. Everything else already exists. 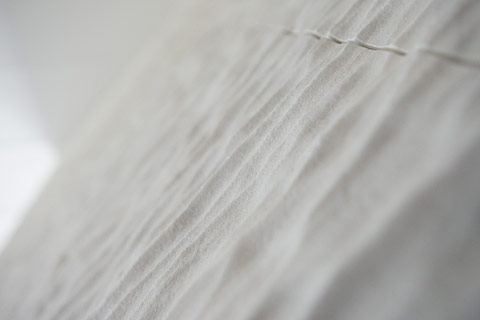 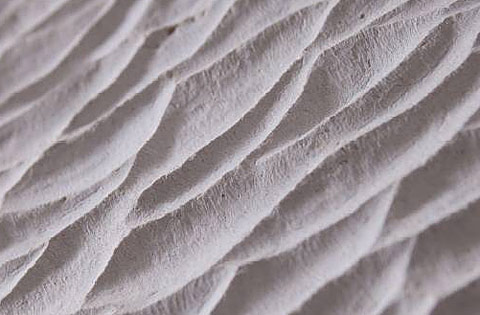 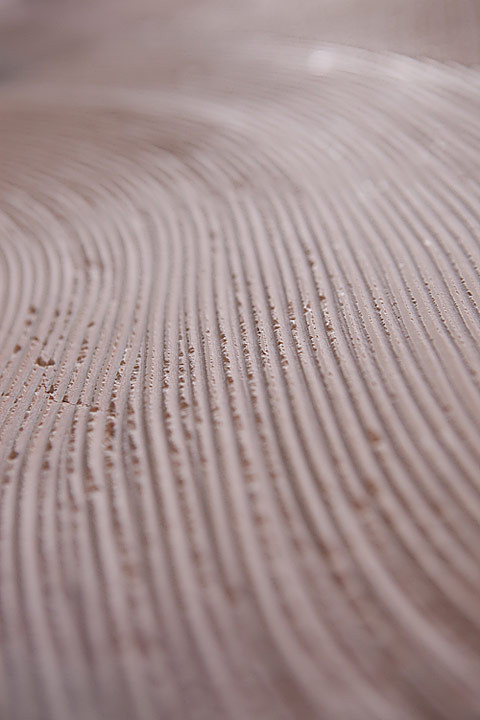 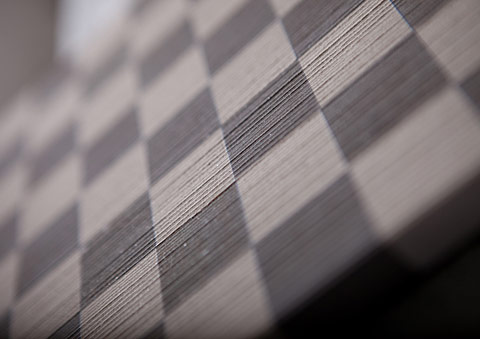 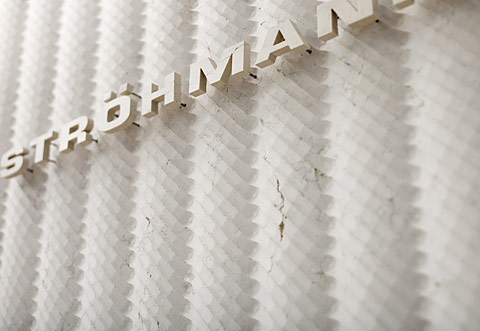 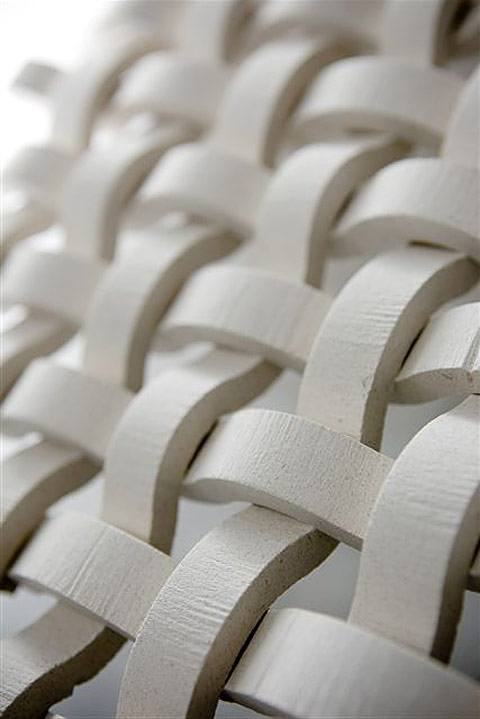 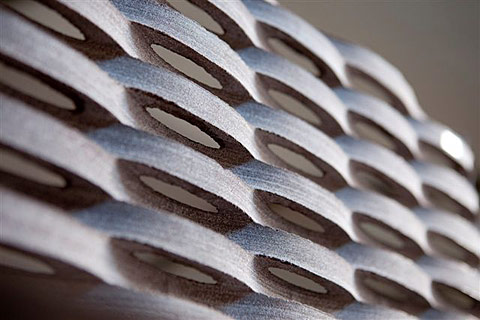 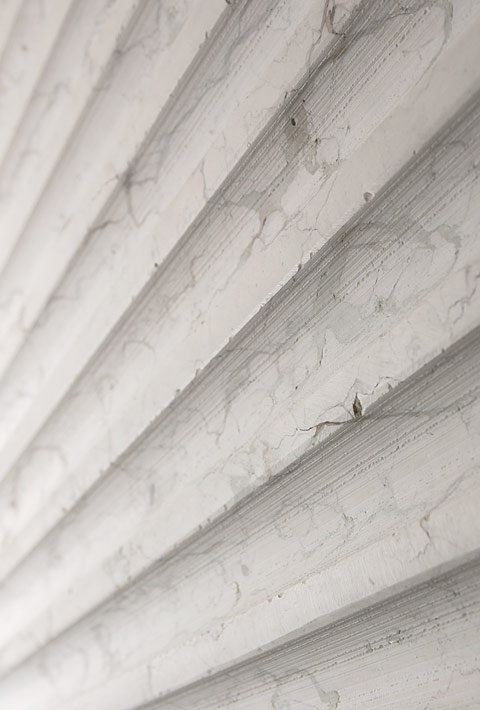 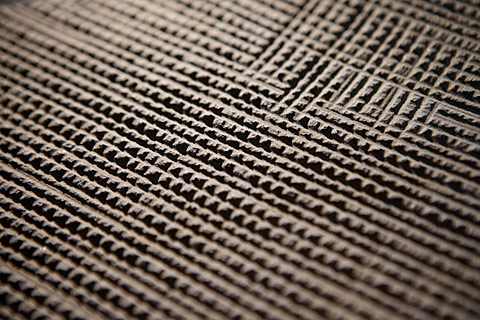 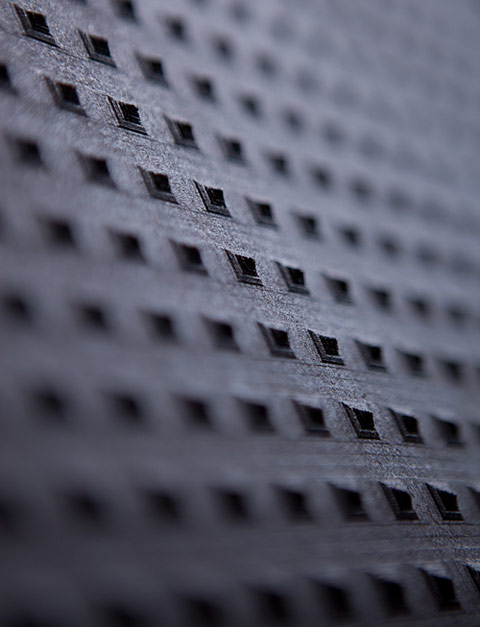