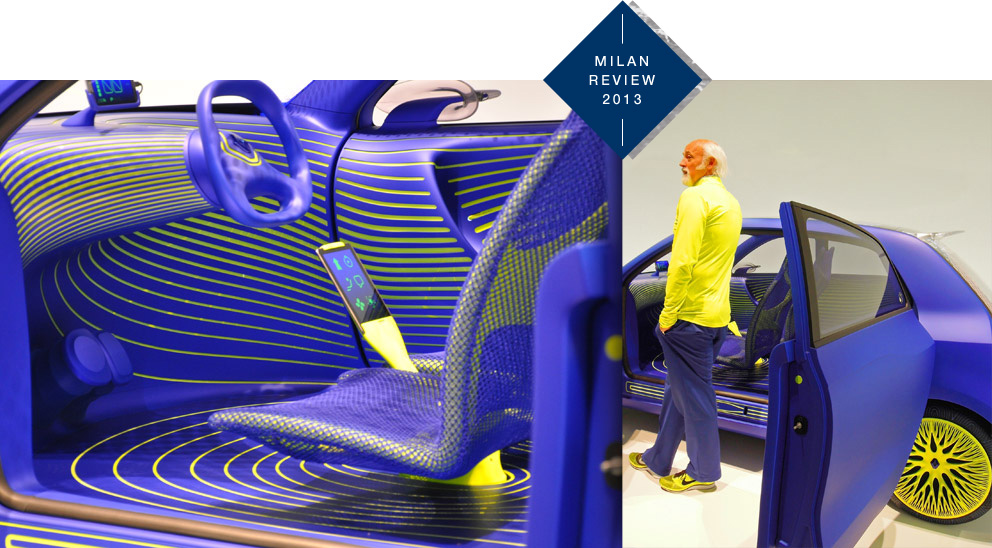 Even a Milan Salone marathon needs to be divided up smartly. We don’t want our energy to wane before we reach the finish line, leading us to miss important stations or even bite the dust like the messenger who once hurried from Marathon to Athens to announce a victory. So we’re picking up the pace. People, places and things sped past us in no time. We only turned our heads for brief moment – and then were already heading for the next stop.

Neon yellow, if you please

If we had had Ross Lovegrove’s outfit, particularly his fluorescent yellow running shoes, we wouldn’t have had to worry, at least not about our appearance. In fact, Lovegrove was in one of the halls at the Triennale presenting an automobile, a concept car designed for Renault – he styled himself accordingly, of course. Does this mean we should all color coordinate with our own or shared set of wheels in future? “Twin’z” is the name of the matte-blue vehicle that according to Lovegrove seeks to explore “the boundaries between art, design, technology and innovation”, but ultimately is not a new vehicle concept at all, but a conventional car pimped up like a trendy sneaker, where all manner of fluid lines turn the good old streamlined design into mere decoration.

But these shoes are made for walking (even if they don’t boast a linear pattern) and that’s just what we did. Hurrying on to the “Design. The Syndrome of Influence” show next door, not only did we find ten contemporary designers (from Formafantasma to Martino Gamper), who had taken a look at the “Golden Years” of Italian design, but also ten proven masters of their trade (from Alessandro Mendini to Patricia Urquiola), who had playfully spotlighted well-known Italian manufacturers in cuboid cases. The show was done well, even if it did make for a somewhat melancholy atmosphere, seeing Italian design “musealized” so comprehensively. Oh, for the old days! So we left the saltshakers and espresso machines by Alessi to continue making their way around the model railway and walked across the city to another museum, the “Museo Nazionale della Scienza e della Tecnologia Leonardo da Vinci”, or in English “MOST”.

Here we really were met by locomotives, jet planes and ships in original size, colossal steel structures and any number of silent witnesses to the mechanical age. Yet whereas last year we marveled at the surprising blend of technological history and current design, the museum context putting an at once illuminating and disconcerting slant on the designer objects, this time there was just too much going on. Too many labels flaunting their offerings; the museum was a mere backdrop. Tom Dixon continued with his presentation of brass or chrome products somewhere within “Rough & Smooth”, expanding his collection with huge tables and totems, plus small Oriental-looking tables named “Sun”, which couldn’t quite decide if they want to be Pop, Space Art or Art Deco, and yet still radiated an impressive familiarity and constancy. In contrast, Andy Warhol’s “Brillo Boxes” marketed by the Warhol Foundation and Quinze & Milan as foam stools were just a bad joke.

Yet there was one surprise in store. A fashion collection by Tom Dixon and Adidas, set to go on sale as of mid-November, was presented in an experimental installation by the Design Research Studio staged among the mighty black steam locomotives. The whole thing took the form of a set of expedition equipment for urban nomads based on the idea of “everything you can pack neatly in a bag for a week away”. Meaning that the parka can serve as a sleeping bag when needed, the lightweight jackets are packed away in small cases and a modular element can morph into a coat, jacket, pair of pants, skirt or pair of shorts as desired. It was certainly original. It just remains to be seen whether people will want to carry it around – packed neatly in their rucksack.

On we went, as far as our feet would carry us. We came to a monastery that today houses the Theological University of Northern Italy, where the inner courtyard has now become home to an installation by the Bouroullec brothers in collaboration with BMW. Circular seating arrangements quietly rotated on circular platforms. Now, what can we say to that? The art lover is taken aback, and instantly thinks: Artists can simply do it better; neither theologians nor any kind of metaphysics of silence, as promised by the new electric BMWi models, can help us here. It’s a shame that it has been reduced to symbolism, because it could have been really exciting to see what the Bouroullecs could come up with on the topic of (interior or exterior) automobile design.

In the garden at Casa degli Atellani

Our feet were really starting to drag at this point. Time for a quick stop at Hermès, where fine craftsmanship was presented in a fitting ambience in little houses stacked on top of each other: leather ottomans, restrained screens and small walnut tables, and even a leather-encased wall unit whose compartments are opened by turning them around the central axis. Ta-da!
No less dignified was the ambience in the Casa degli Atellani on Corso Magenta. Here Domus not only showed wonderful photographs, slides and Polaroids of design greats taken by photographer Ramak Fazel, but the beautiful garden also provided a very welcome place to relax. And suddenly it dawned on us that the origins of the Casa degli Atellani, which was converted at the beginning of the 20th century, go back to Ludovico il Moro and the 15th century. None other than Leonardo da Vinci himself is said to have lived here, opposite Santa Maria delle Grazie, when he was painting his mural “The Last Supper” in the Dominican convent’s refectory. What could be more fitting than to go and see it?

Read on in part 3 of our Milan marathon: www.milan-marathon-part-3.com 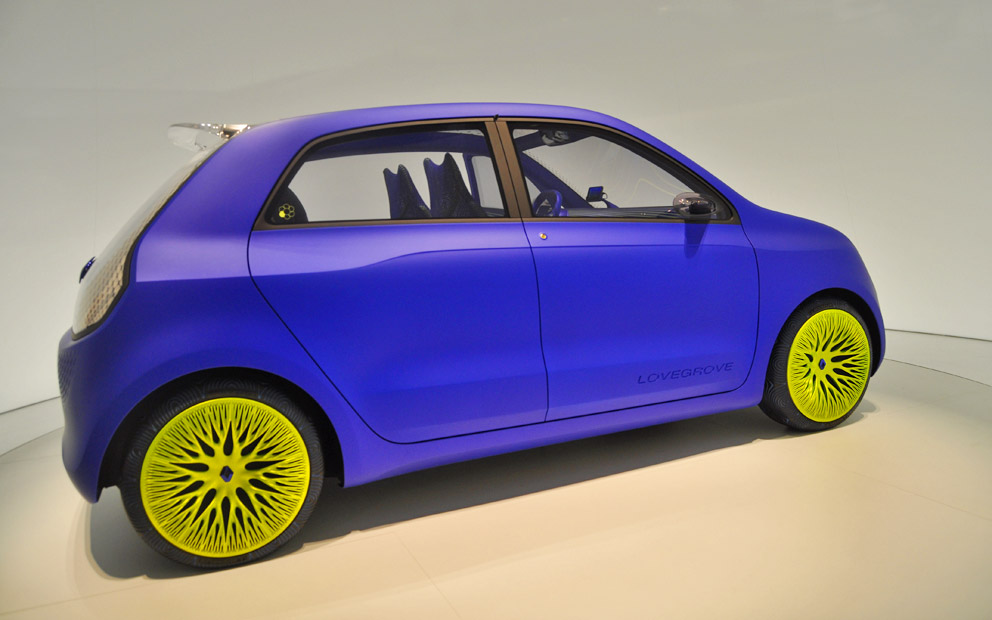 Like a fashionable sneaker: Renault’s „Twin’z“ should lift up the limits among art, design, technology and innovation. Photo © Martina Metzner, Stylepark 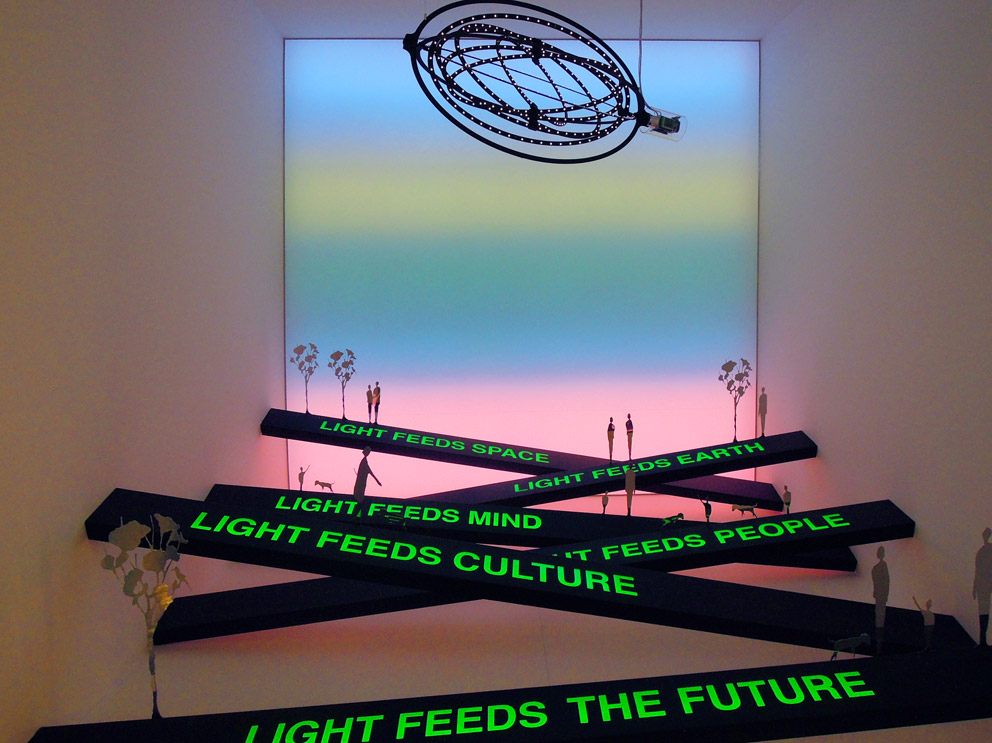 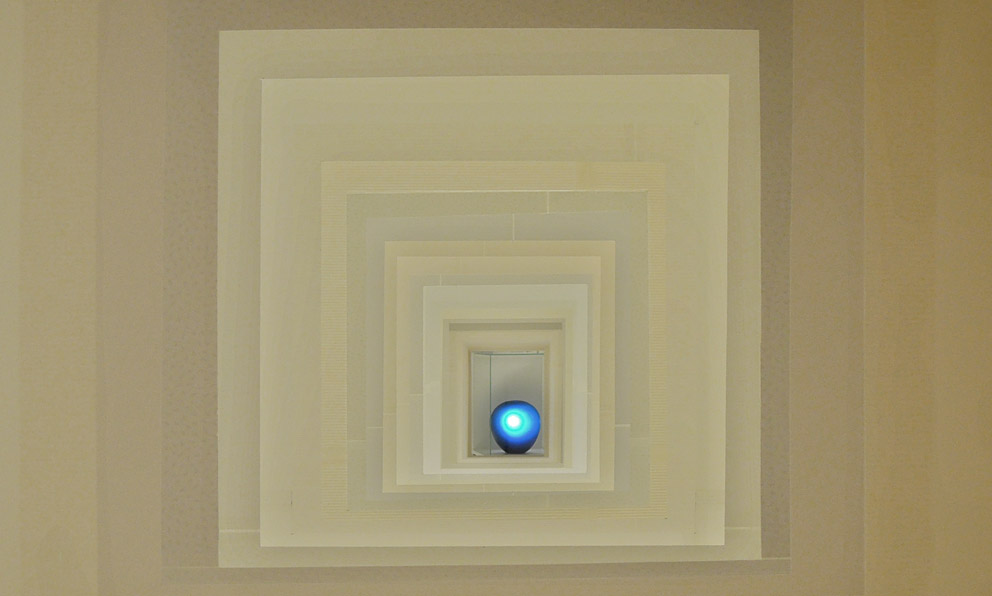 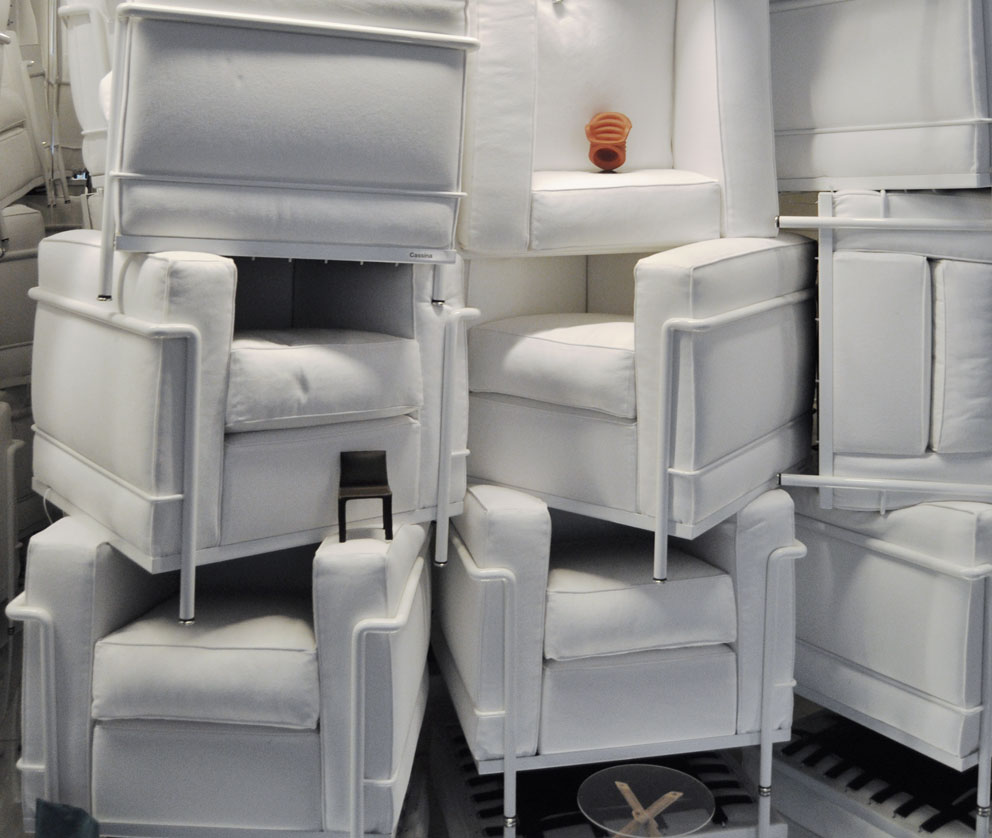 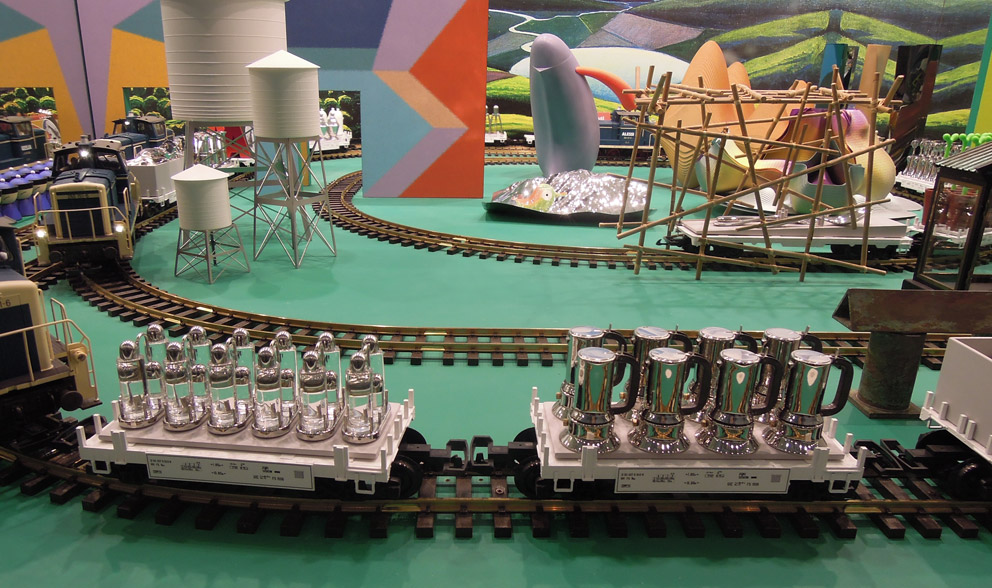 Full loaded and constantly rotating: so you feel running the Milan Marathon. Seen at the Triennale. Photo © Robert Volhard, Stylepark 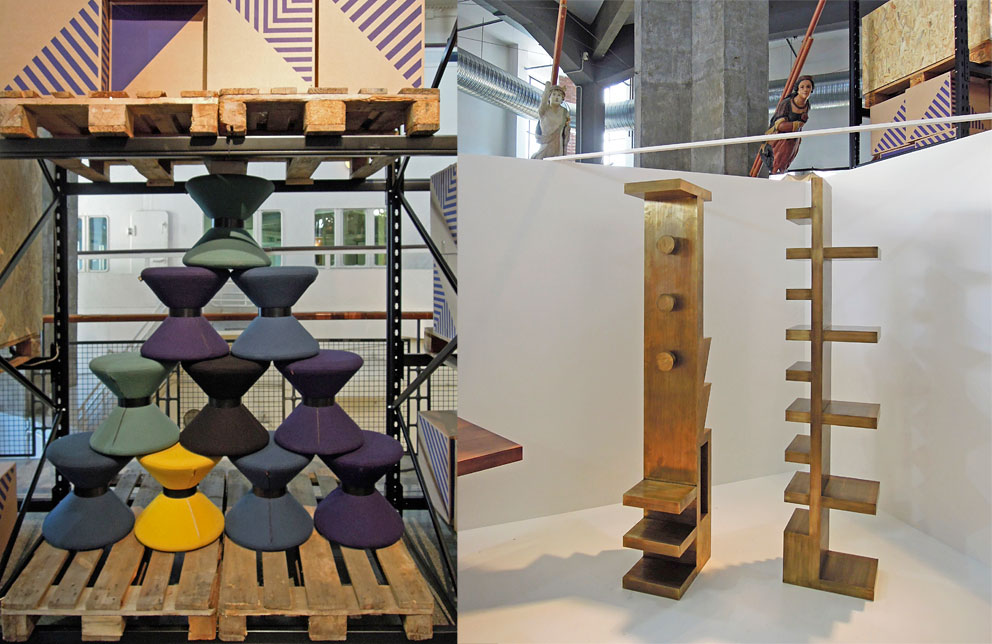 Between „rough and smooth“ – Tom Dixon at MOST. Photo © Thomas Wagner, Stylepark 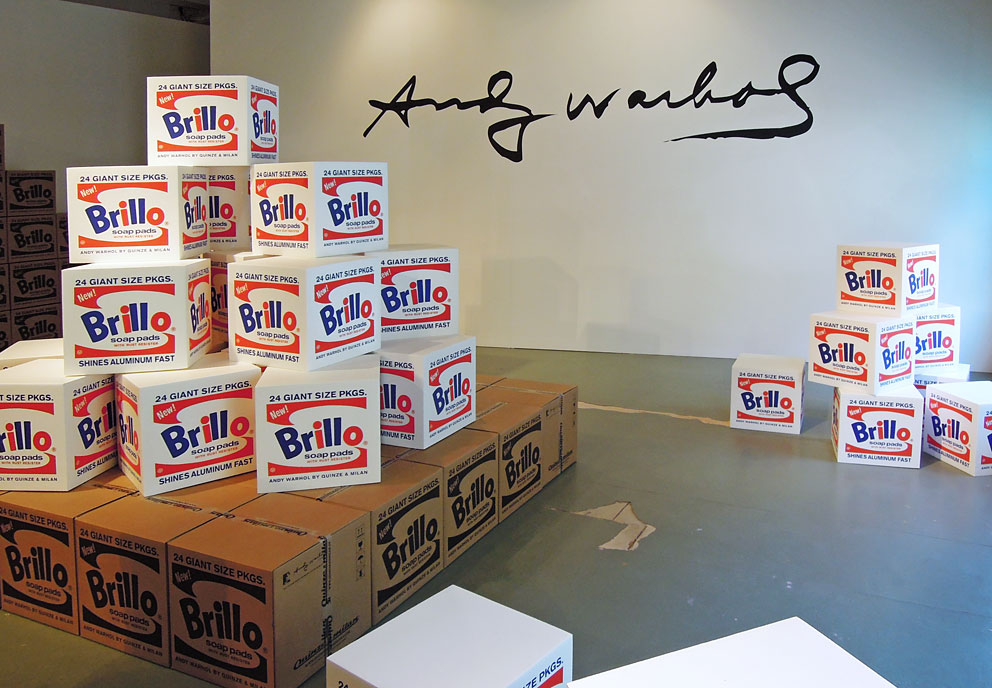 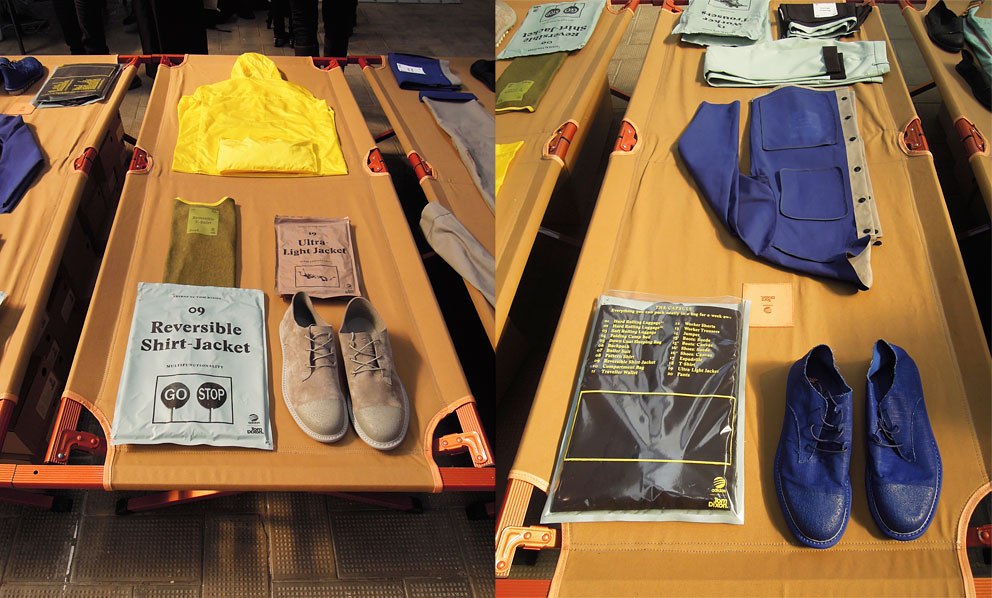 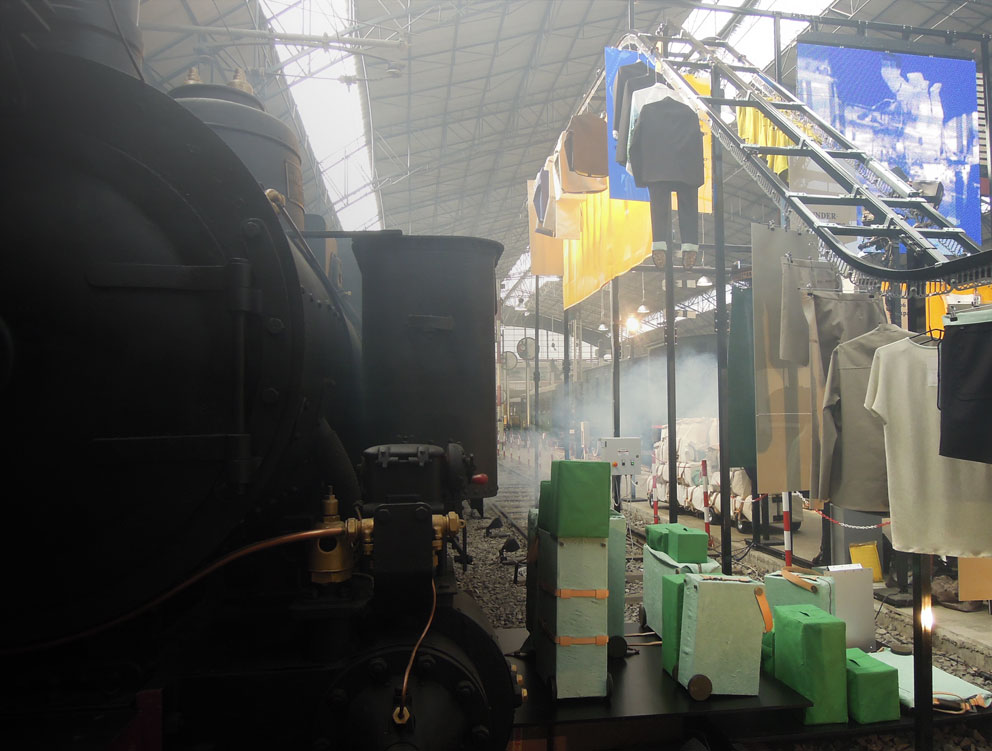 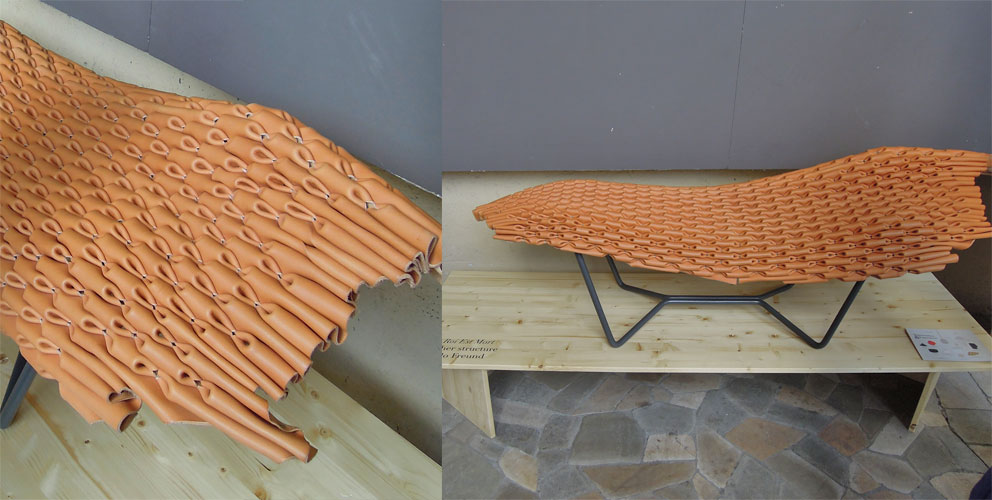 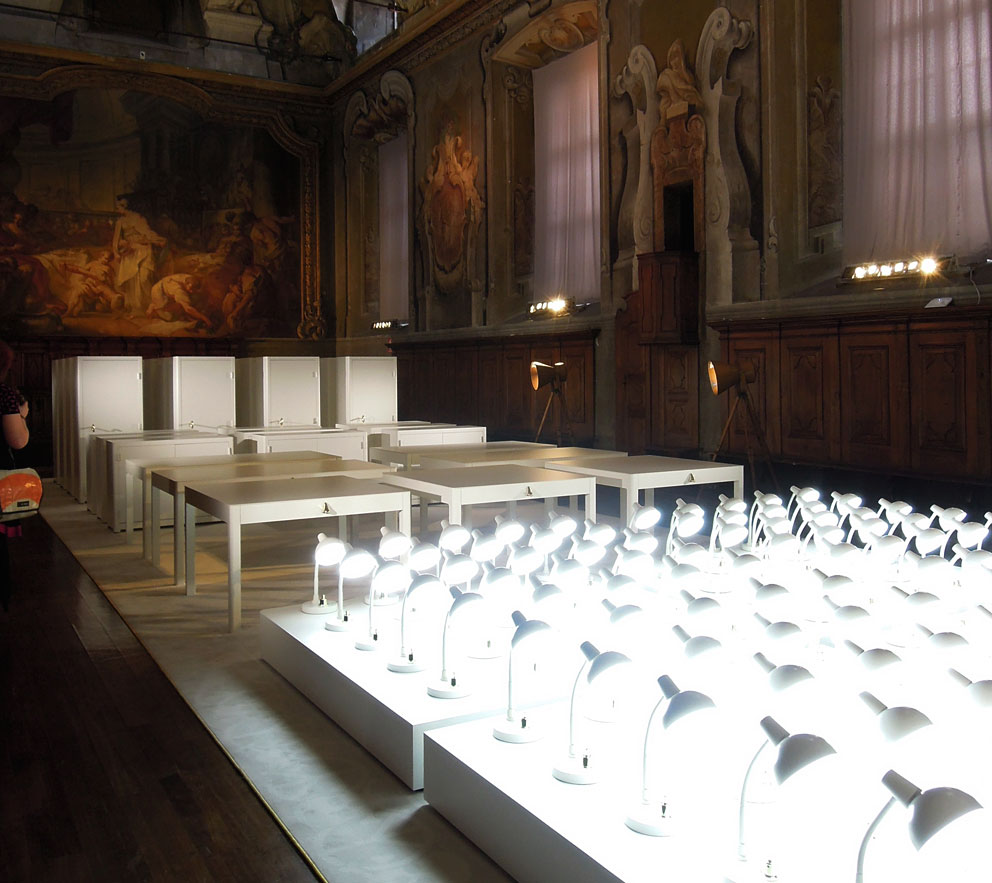 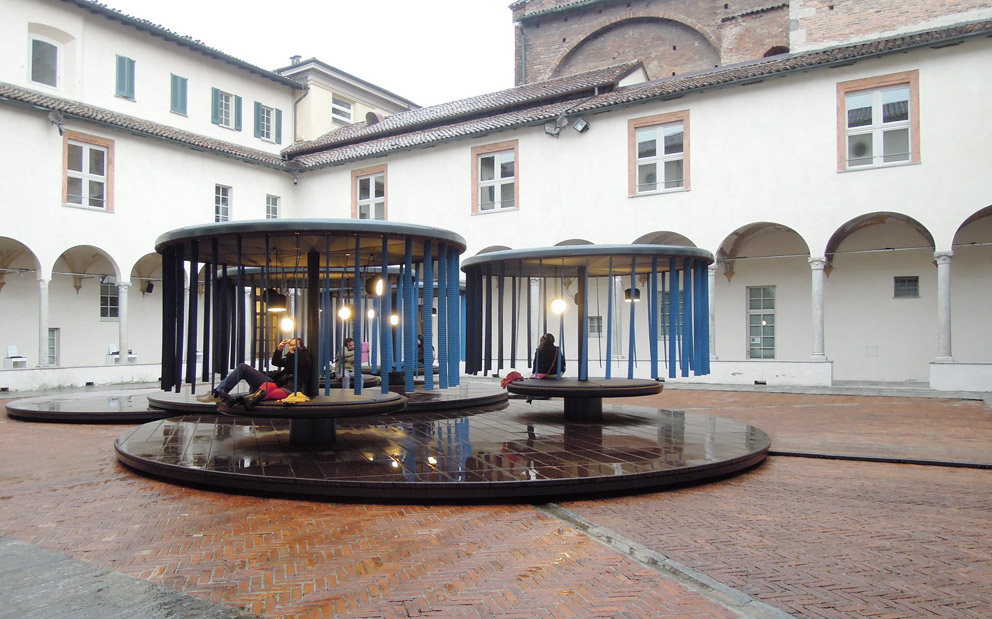 Artists can simply do it better – the installation by the Bouroullec brothers for BMW at the faculty for theology. Photo © Thomas Wagner, Stylepark 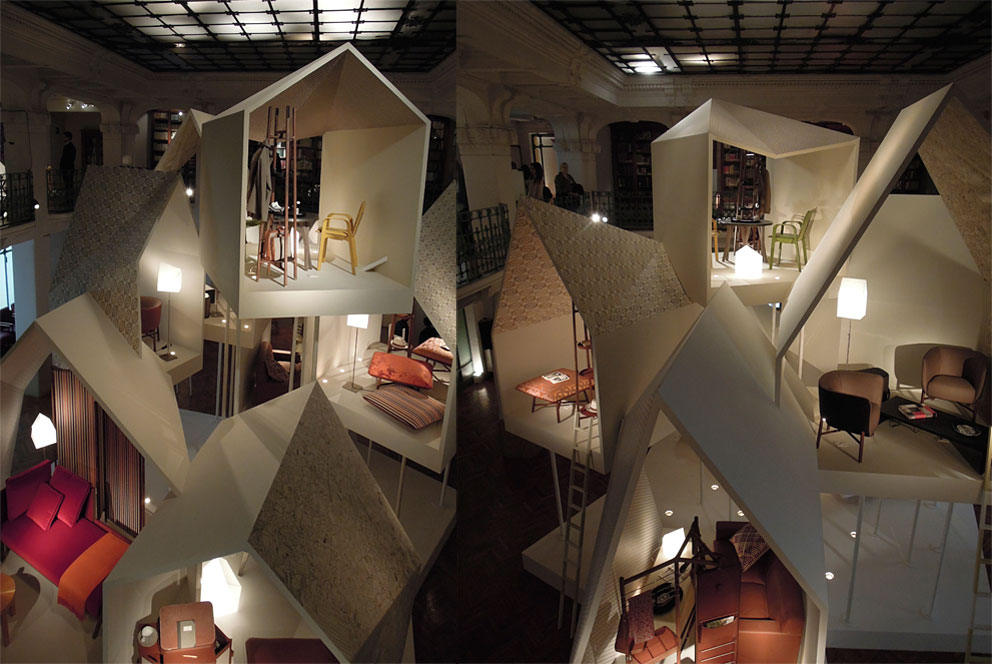 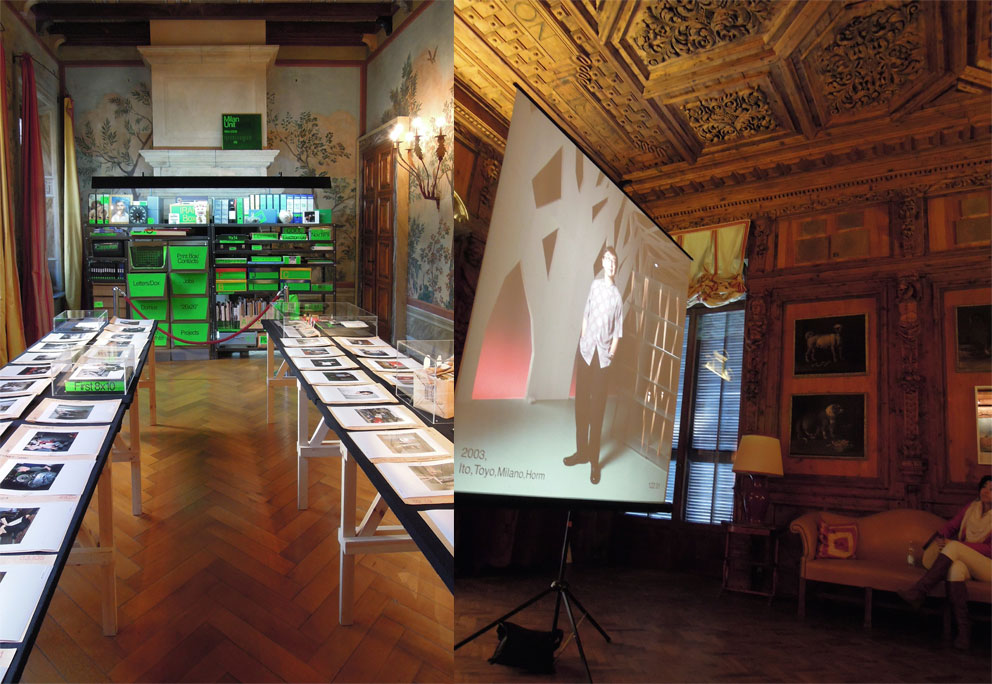 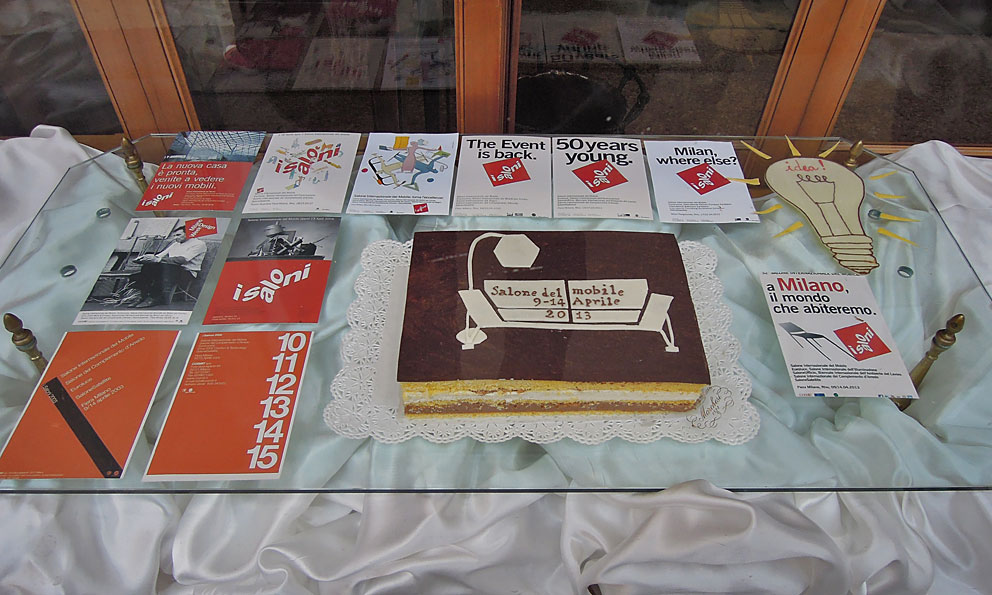 Il Dolce (not far niente) in between: at a Pasticceria alongside our marathon. Photo © Thomas Wagner, Stylepark
Advertisement