Young designers do not have an easy time of it. Unprofessional is swiftly the judgment if they present works in the rough and without much ado. But if they instead polish them, smooth things out, give them a real gleam, they then get accused of not being experimental enough. Nevertheless, it must be said of this year's Salone Satellite, the Milan design trade fair for young design that there was not much when it came to surprises, astonishment, a quicker pulse.

132 labels and designers aged 35 or less as well as 20 colleges exhibited their work at the Salone Internazionale del Mobile from April 14-19, 2010, and much of it did not differ greatly from what was on display in the other trade-fair halls, those inhabited by the big players: Well thought-out designs, mature and ready for mass productions, presented professionally. That is not bad. On the contrary. The Satellite was founded back in 1998 in order to network young designers with established manufacturers. This year, this objective was reinforced by holding a competition prior to the trade fair covering the categories Kitchen and Bathroom; the two fields fit well with the Eurocucina and International Bathroom Exhibition which take place at the same time. The intention was not to constrain the young designers' ideas, the Salone's directors stated, but to channel their efforts to ensure these were of relevance for the manufacturers present on the stands. And that is a good thing. Young designers want to realize their ideas and earn money with them. Above all in times of crisis, manufacturers want to bring products to market that sell, and not to spend a lot of time experimenting. The Salone Satellite Award was, incidentally, won by US-Japanese Nao Tamura with "Seasons", green leaves on silicon that serve as plates or serving trays. A product one could well imagine being touted by Authentics.

That said, one can surely expect a little recalcitrance from young designers. And thankfully not all of them dished up sweet products. Swedish label Brikolör, for example, presented an empty stand on whose rear wall they had written "It takes more than a year to make a difference", and "the work is done. But we're not happy. Just good isn't good enough for Brikolör." And this was followed by a paragraph on how products can change systems and save the world and on how designers need not present new products each year but can adhere to the vision of "Fewer products for the many" - and that the label had thus resolved to stay at home. Now that was cheeky and courageous. However, in the exhibition catalog, Brikolör then announced several products, such as a shelving system and a stool. Meaning that the entire campaign seemed, well... unprofessional?

Be that as it may, the Swedes addressed something that was an issue elsewhere, too. Namely ecology. In the very back of the hall stood the exhibition's only few real eye-catcher: a tiny LED table lamp powered by 16 great, edible tomatoes and a carefully calibrated metal conductor system. "On/Off" was the name of the collective presentation by d-Vision, a line that like Benetton's Fabrica was initiated by Israeli plastic maker Keter. 23 power-saving LEDs demonstrated impressively just how marvelously "good" and "beautiful" can meld if there is the will to make this happen. One model was, for example, made 97 percent of soap, that did not melt thanks to the cool LEDs; another consisted of ultralight polystyrene, while a third switched on by bringing two parts together as if in a kiss. And to prove how little energy they required, the stand also boasted an electricity meter.

Bremen-based Wolfgang Behrend presented "zu_tisch", a side-table made of banana boxes and plywood dyed black: a good conscience and a nice piece of furniture for only about 100 euros. Sweden's Lisa Hilland took a different approach to eco-design in her "My Granddaughter's Cabinet". Instead of using recycled matter she opted for materials that grow old beautifully, ideal to ensure the cabinet can be passed down to future generations.

The young exhibitors quite evidently have a deep-seated bond with tradition. Because one thing was definitely lacking at the Satellite: products that reflected that the world in which we live is digital. Yet there are objects that are both, namely material and virtual. To be found in toy shops, dolls, for example, that can be turned into figures in online games thanks to a USB slot. So why should similarly intelligent connections between the real and virtual worlds not be possible in the field of furniture? Surely the least one can expect of young designers is that they will concern themselves with such things... 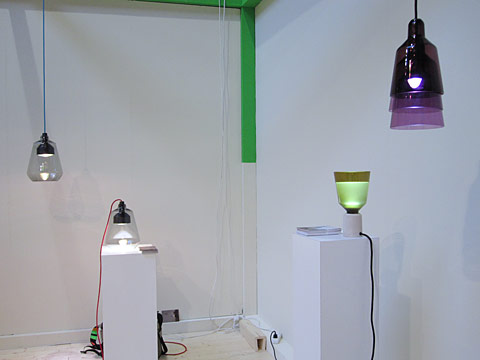 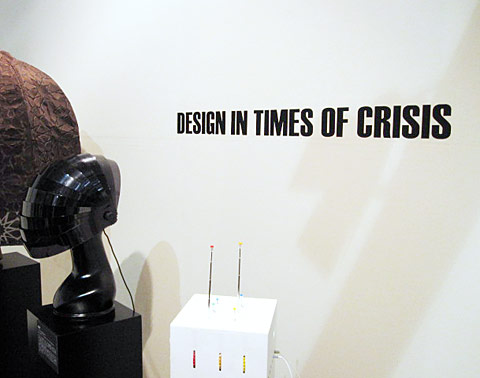 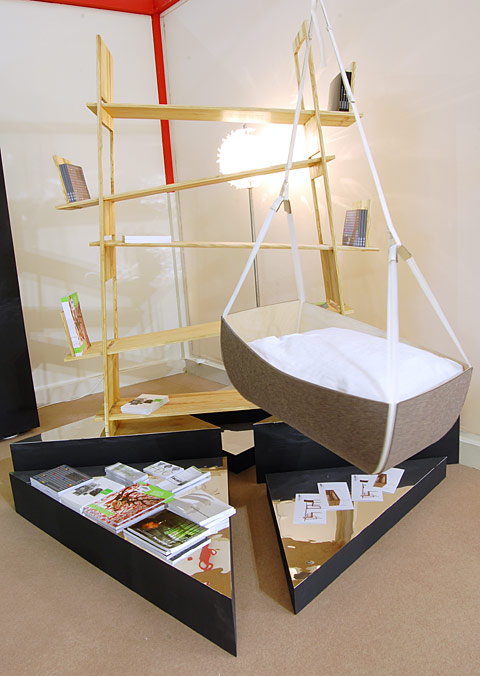 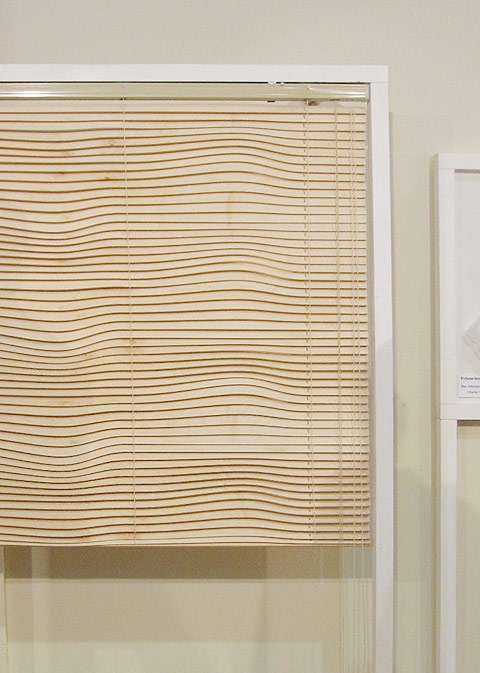 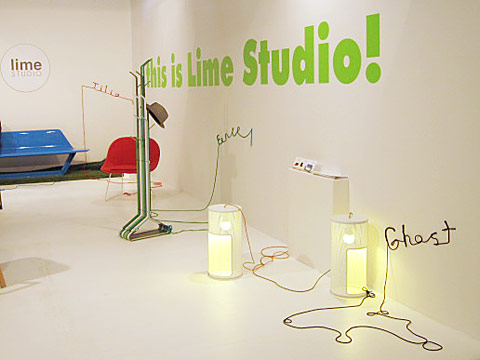 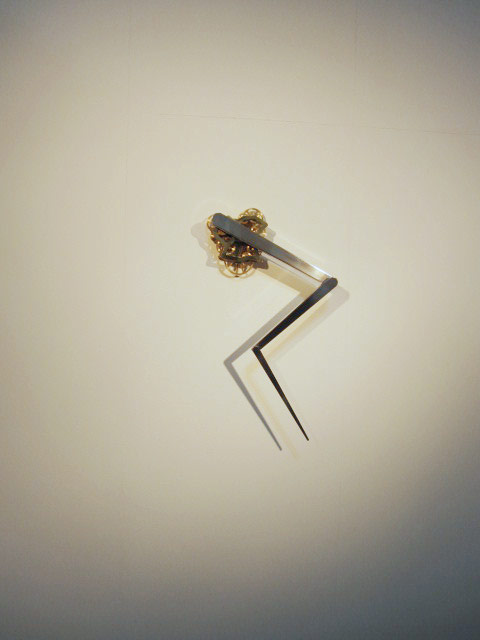 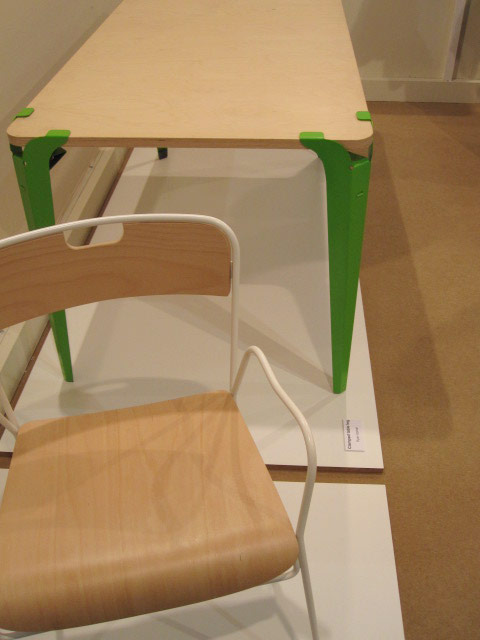 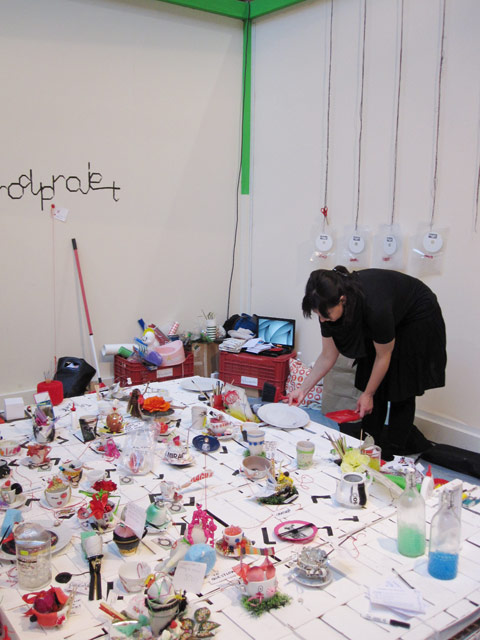 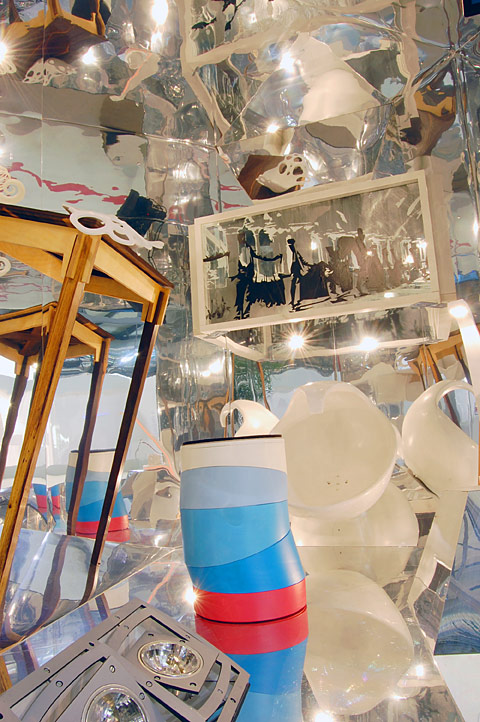 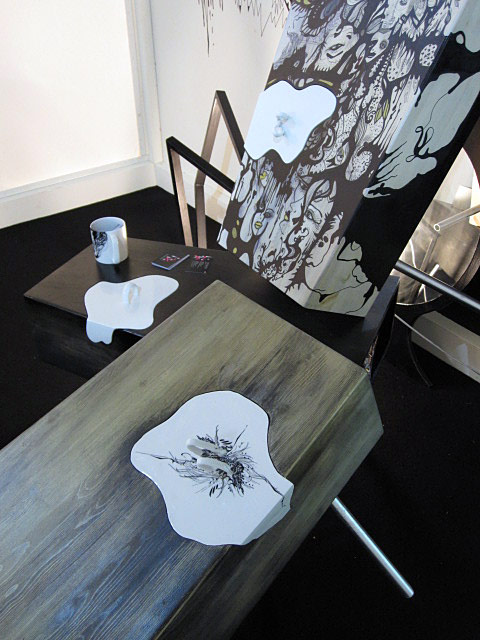 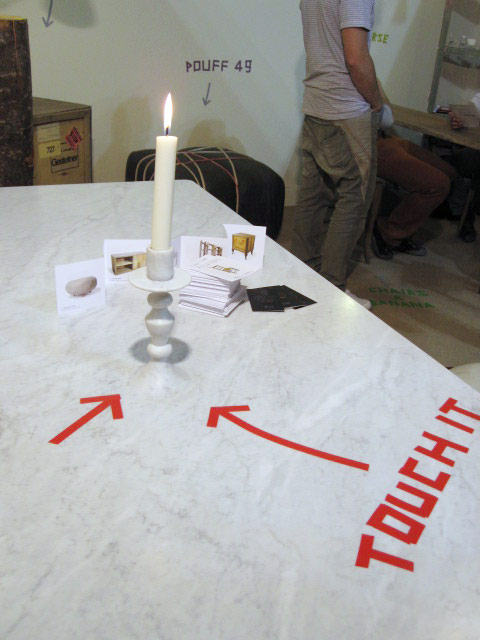 Table "You and me" by marama, Italy
Advertisement