"Tens of hundreds of thousands of years ago... you might not have heard of it...but the lands had a different shape. Far away, so far from here... There was a place called... JAPAIN"

Neither the Grimms' fairytales, nor Momotamo or Don Quixote were the role models for the entrance into a world in which the shared love of string instruments, flowers, the color red and the subtle language of fans have become part of the respective cultural heritage. What the Valencia-based design collective CuldeSac has dreamed up by way of a presentation of Spanish design for ICEX - the Instituto Español de Comercio Exterior - as part of the Tokyo Designers Week, goes well beyond the usual scope of exhibition design. In the form of "Made in JAPAIN - The true story of Spanish Design" CuldeSac risks a somersault without a safety net or padded floor in the country that is the birthplace of the mangas and animes, namely a comic as the vehicle for a fantasy history, in which Grandma Hana leads her grandson Leo (after a power outage crashed his gaming console) into a world which is peopled by Camper shoes, Manolo Blahniks or Jaime Hayòn's Beetley Bridge. All these objects pop up and move like plants, like living beings with wings or legs. It is audacious, but by no means all of this highly diverse, consciously cross-media project, which so appropriately visualizes the holistic approach taken by CuldeSac. The comic illustrations as the starting point of the voyage stem from the pen of Paco Roca, the 2008 winner of the National Comic Award, supported by sculptor Alfredo Llorens from Lladró. Vicent Mallols created the animation - to be seen among others on Youtube (enter JAPAIN) or the CuldeSac Web site - in Japanese with English subtitles.

The Japanese Manga style of the "trailer" is authentically realized and thankfully bereft of exaggeration - in terms of both pictorial language and brushstrokes and color. Such an enterprise could have all too easily seemed slightly obsequious in the Land of the Rising Sun, which through Osamu Tezuka (the "God of Manga"), gave Europe "Kimba", the white lion, back in 1965, followed in the 1970s through Isao Takahata a dark-haired "Heidi" (the title song by Gitti and Erika is no doubt still worming around in your ear...) and many other children's series besides.

"JAPAIN" stands out for its independent visual language and (with the story launched in advance on various social networks) kindles the curiosity: The exhibition at the Spanish Embassy in Tokyo, which will run from October 29 - November 3, 2010 on the occasion of the Tokyo Designers Week, will offer visitors the experience of the two protagonists in the comic. Objects that grow, that seem to push their way up through the earth like flowers, flying luminaires and dancing furniture will whisk you away into the story, bring the lost land of "JAPAIN" to like and create the illusion of there being a shared Spanish and Japanese cultural heritage - all in an experience that is more than it seems.

What is certain is that this has nothing of a hopeless project about it. If one looks back on the past projects and jobs handled by CuldeSac, then success and "en vogue" tend to have been the key attributes of the design collective. "Cul-de-Sac" defies its name - it is hardly a hopeless undertaking, with no way out, and was founded in 2002. Alberto Martinez, Pepe Garcia and Lucia del Portillo had the idea of founding a studio as creative lab, as a platform of swapping ideas and pooling knowledge. In this context, the "Sofa Lamp" designed in collaboration with Héctor Serrano for Mooi is probably the collective's best-known product to date - alongside the Atlantic Sofa for Bernhardt Design.

Subdivided into the categories of "creative space", "communication" and "experience", CuldeSac offers products, interior design, strategic brand management and communication, PR and events. Its client base includes H&M, Swarovski, Aston Martin and Vodafone, for whom it has already created event presentations that were as spectacular as they were carefully thought out, with a loving attention to detail. In addition to the six founding partners Alberto Martinez, Pepe Garcia, Juan Poveda, Xavi Sempere, Garen Moreno and Sophie von Schönburg, the thinktank today has more than 20 freelancers focusing on delivering highest-quality creative output. "JAPAIN" is one such effort and we can look forward to what other worlds CuldeSac will send spinning - the 25th birthday of Tokyo Designers Week will definitely not mark the last opportunity for a Spanish-intercultural symbiosis. After all, the key to the success of CuldeSac is not to create a personal style but on the basis of a specific lifestyle to construe creativity as a form of experience and as the connection of people and ideas. 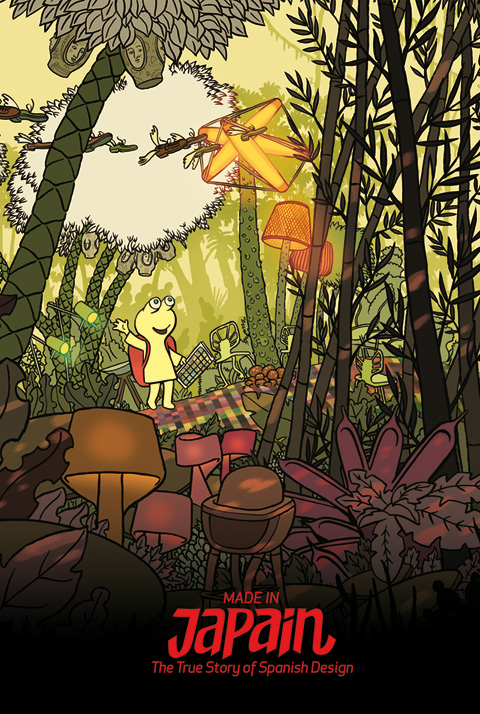 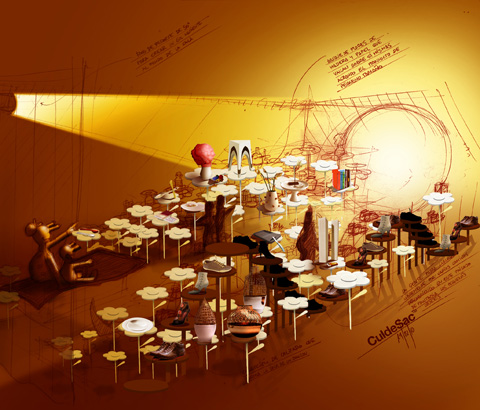 Renders of the exposition "Made in Japain" 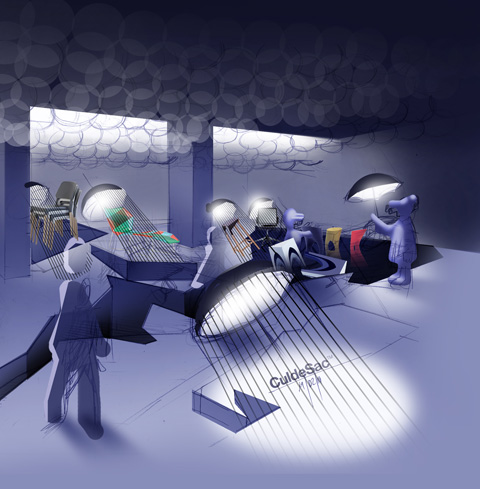 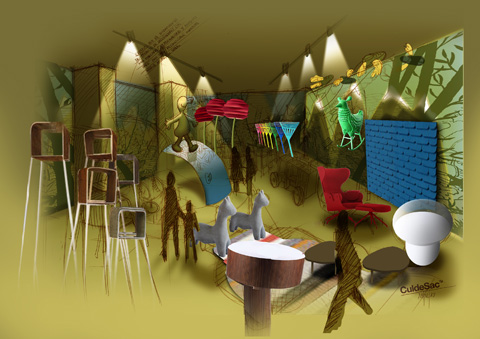 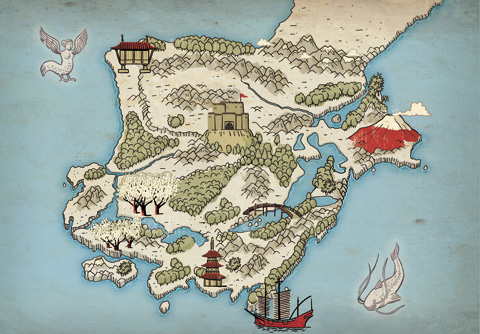 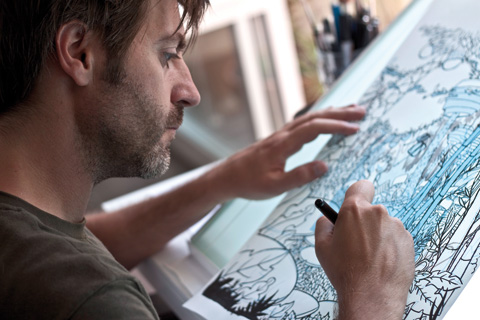 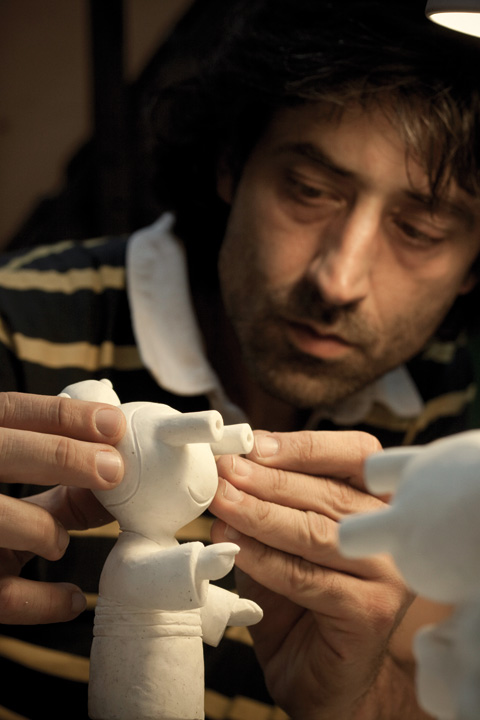 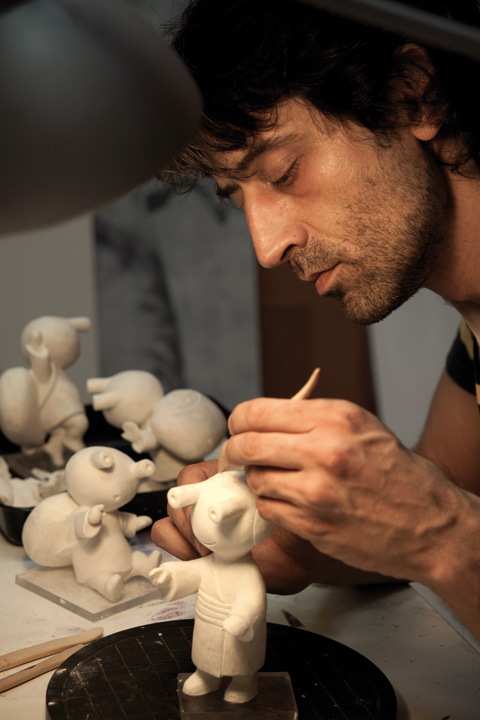 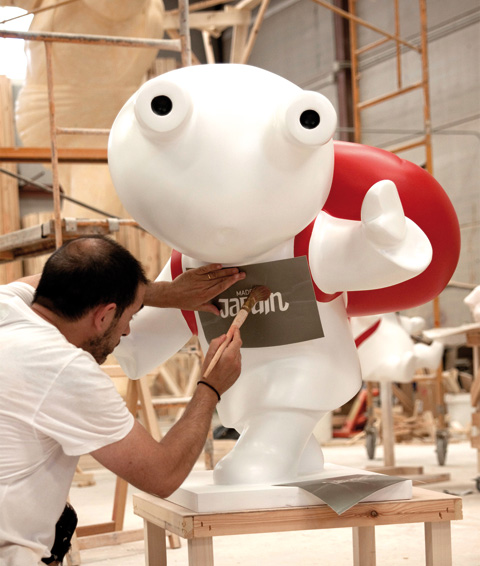 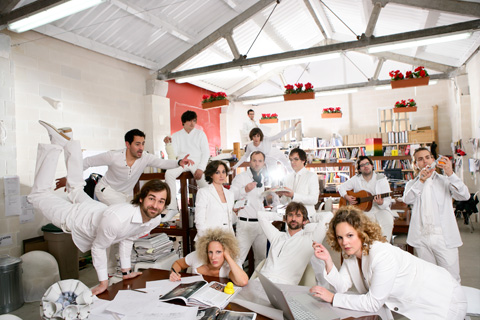 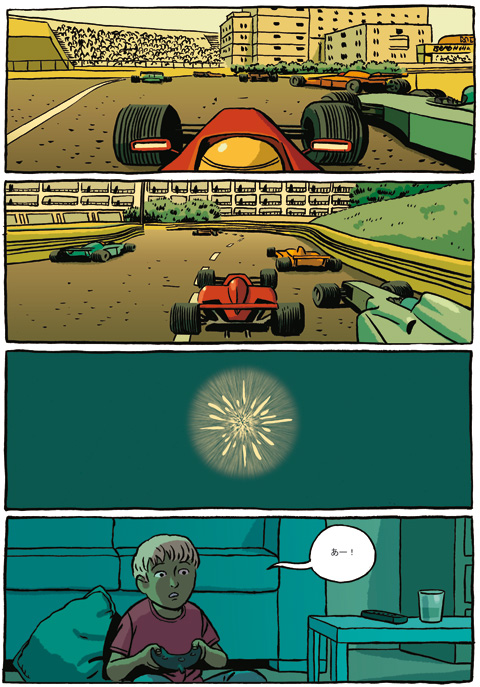 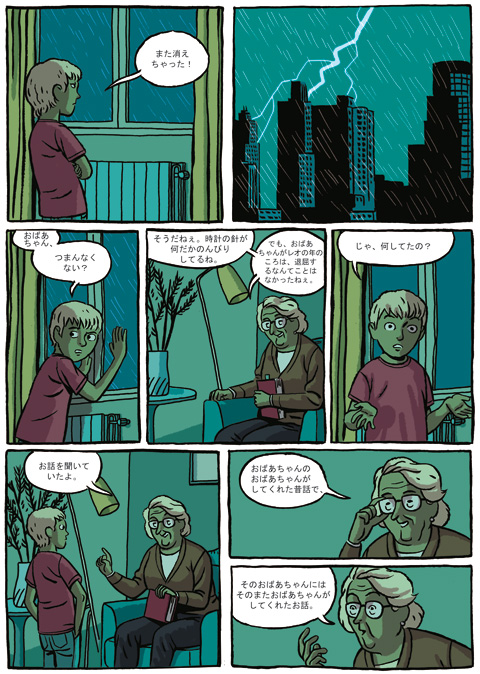 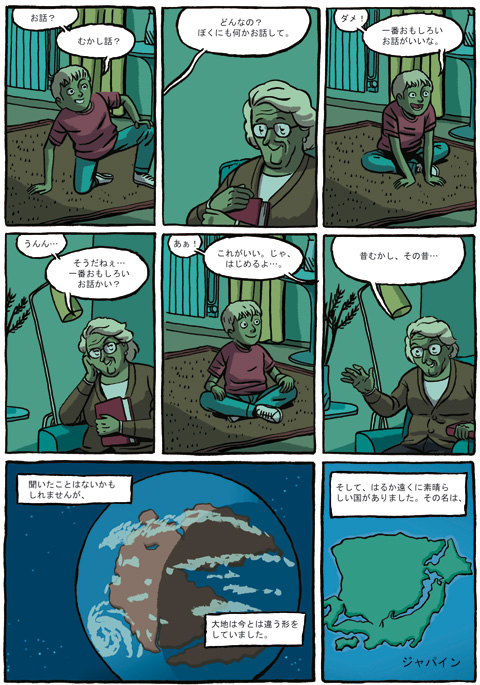 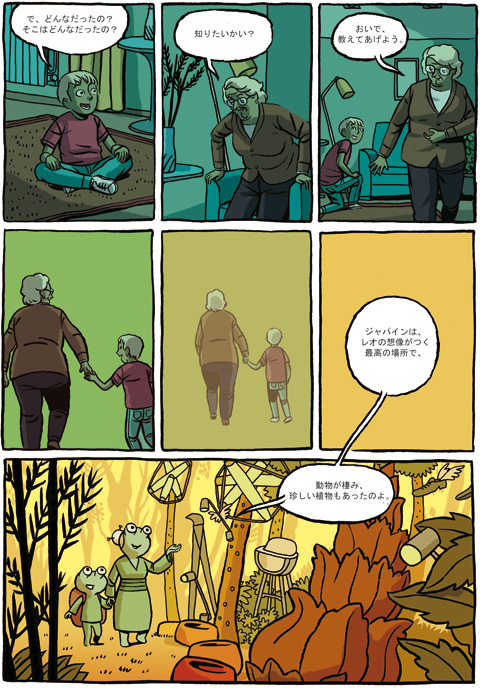 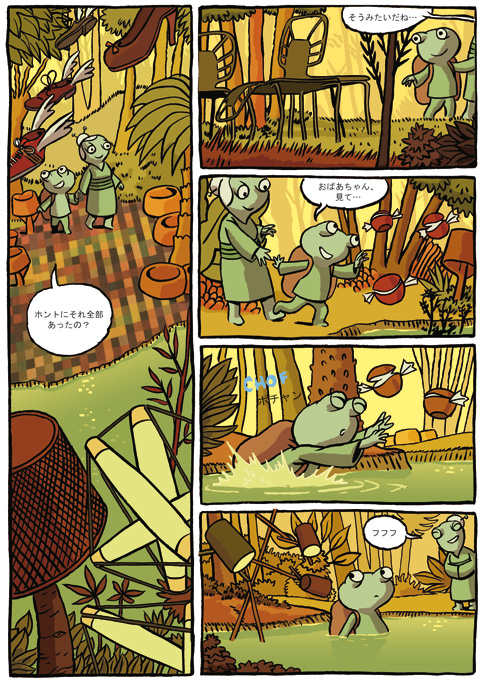 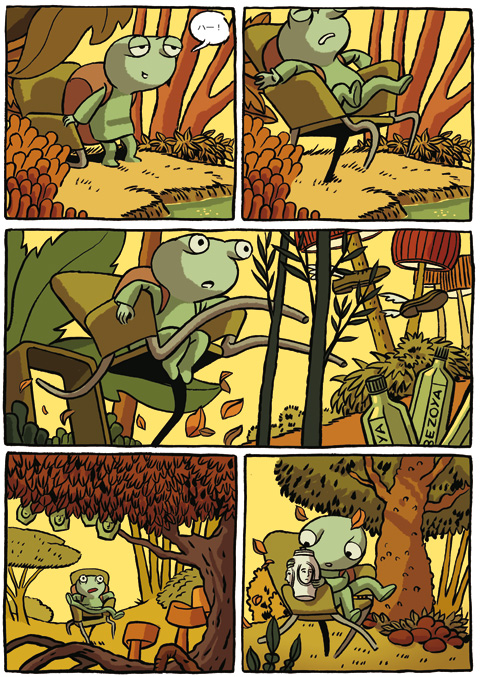 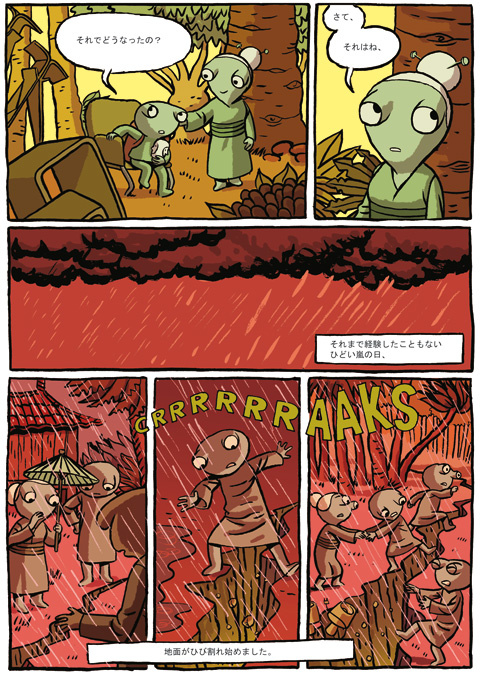 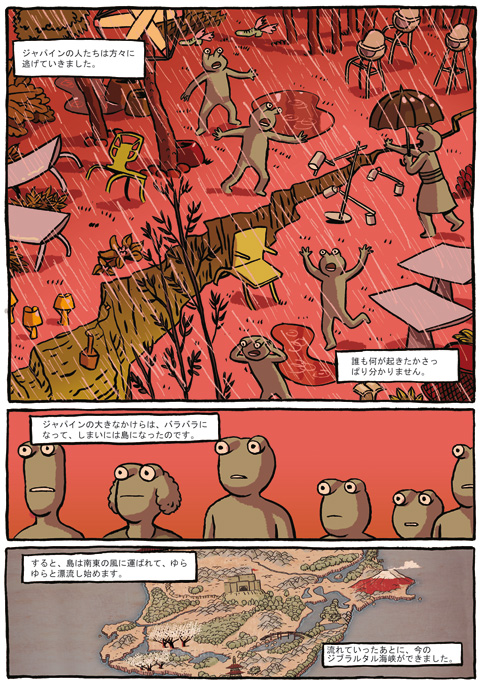 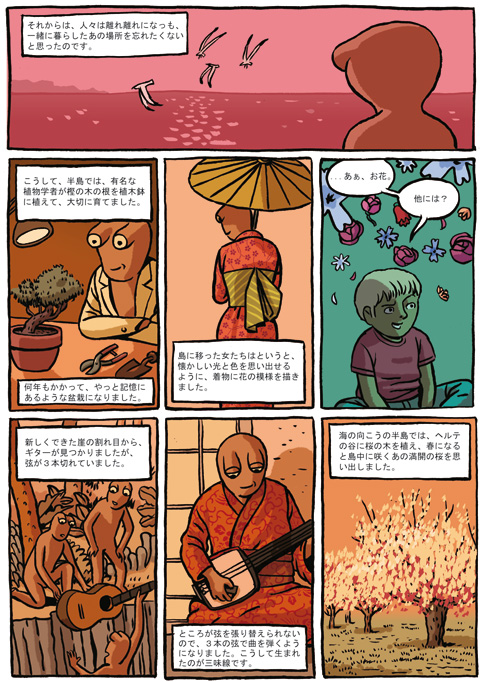 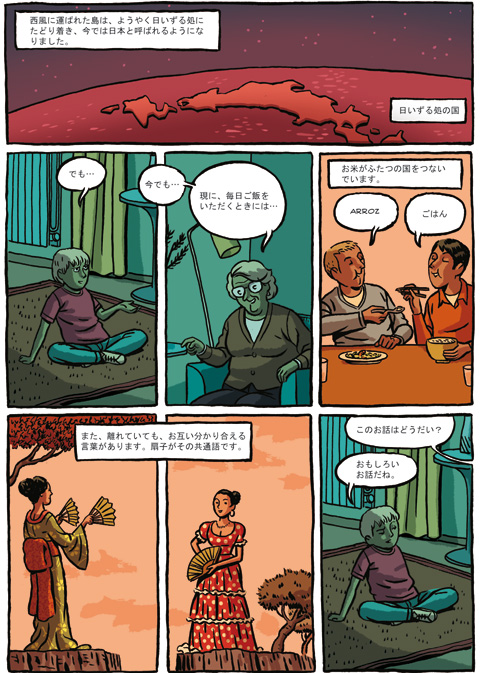 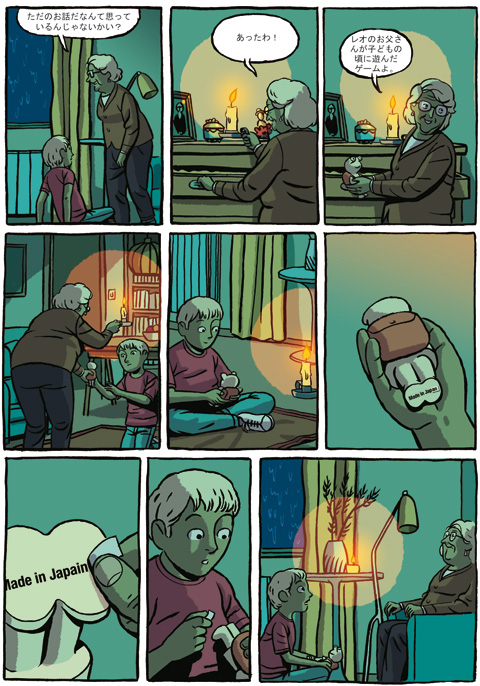