Bond, the name is Bond. No, not James Bond. No, this time we are not talking about an Aston Martin, about martinis and baddies attempting to rule the world. Nevertheless, Bond is, as always, very cool and chic, Bond, the bug, the three-wheeler. After all, the “Bond Bug” is also unusual. One wheel at the front, two at the back, elegant bodywork on top and there you have it – a proper minicar. And as the 1960s vehicle demonstrates, the good old carriage idea – a horse at the front and a sulky on two wheels at the back – has proved extremely maneuverable and stable, making it no problem to use it for a motor carriage as well – only this time it has a third wheel at the front instead of a horse and its propulsion comes from the back wheels.

Small, low-cost vehicles for the average family – after World War II and right through the period of German economic reconstruction this was what made auto-mobility in Europe affordable and suitable for the mass public. Such vehicles, and they soon became established alongside motorbikes, were cheap, affordable, economical, maneuverable and often incredibly roomy. Usually, they took their inspiration from the motorbike and its drive system, and their lead from available production capacities and existing regulations. For example, in Germany, under the terms of a 1928 law, it was possible to drive vehicles with less than four wheels and a cubic capacity of less than 350 ccs without a driver’s license and without paying tax. Leaving aside today’s safety standards for a moment, these minicars certainly are exemplary town conveyances.

A third wheel at the front instead of a horse supports the motor carriage. Photo © Mercedes-Benz

There are many examples of the progression from the wobbly two-wheeler to the stable three-wheeler – the body of the 1931 “Goliath Pionier” was made of wood covered in artificial leather, the “Ape” (1947) was, alongside the “Vespa” scooter, one of Piaggio’s little worker bees. One fascinating fact: in the 1950s German airplane constructors tried their hand at building this kind of handy scooter because the Allies had issued a writ forbidding them to build airplanes. Accordingly, some of these, for instance, the Heinkel car or the Messerschmitt scooter car, also looked like airplanes, thus losing out on their vocation (as an instrument of war) and being forced to eke out a living in civilian life as no more than a cockpit on three wheels. The “Bond” Minicar in England came into being in similar circumstances and let us not forget the Morgan three-wheeler, this time, a very sporty affair which, in the shape of the 1910 cyclecar, still looked very much like a coach. A three-wheeler: at the time this meant progress – and didn’t Buckminster Fuller’s 1933 maneuverable “Dymaxion Car” have three wheels?

Obviously, vehicles with three wheels march to a different drum, which is why the average car driver in affluent times distrusts them as a matter of principle – people say that they often overbalance going around corners, in other words, they are considered unstable. At the same time, three-wheelers have their own special symmetry, oodles of charm and, without doubt, the allure of the exotic.

British car manufacturer Bond Cars Ltd was established in 1948 by Lawrie Bond in Preston, in the County of Lancashire and – until 1965 – went by the name of Sharps Commercials Ltd. In 1969, the company was taken over by Reliant Motor Co Ltd. The new owner closed the factory in Preston but used the “Bond” brand until 1974 for vehicles from his own factory in Tamworth, Staffordshire. Bonds Cars had started out in 1949 by manufacturing a three-wheeler, the “Minicar Mark A”, which was powered by a Villiers one-cylinder two-stroke engine with a capacity of 122 or 197 ccs. The bodywork was largely made of aluminum, with some of the parts in some models being made of fiberglass. Despite its bizarre appearance, the vehicle was a success. In Great Britain, three-wheelers were treated like motorbikes with sidecars and could be driven with a low-category driver’s license. On top of this, they enjoyed tax concessions.

The “Bond” Minicar went through seven stages of development, culminating in the 1961 “Mark G”. Different versions of the bodywork were available and included larger engines. Developed on the basis of motorbike drive systems they did not boast a reverse gear, something that was not really a problem because the motor, gears and front wheel formed a single unit that could be turned 90 degrees to the left or right using the steering wheel, meaning that the vehicle had a very small turning circle and could turn around almost on the spot. Later models featured a special kind of reverse gear: The engine was simply switched off and then switched on again backwards. The last Bond Minicars were built in 1966.

In 1963, Tom Karen, a British designer born in Vienna with Czech roots, started working for Reliant. At Reliant, people initially found the 1963 and 1964 designs to replace the Reliant “Regal Range”, also a three-wheeler, too adventurous. It was not until 1967, when the cultural climate had changed, that the project was taken up again with complementary new ideas by Ogle Design, a company managed by Karen from 1962 through 1999 after David Ogle died in an accident. (Incidentally, with the “Scimitar GTE”, launched in 1967, Karen created the concept of a three-door sports station wagon, the Shooting Brake, which is considered the conceptual forerunner of the Volvo “P1800 ES” and the Lancia “Beta HPE”.) The prototype was completed in early 1969 under the name of “TWII”. The same year, Reliant bought the Bond Car Company. The “Bond Bug” was built from 1970 through 1974.

The “Bond Bug”– a three-wheeler with a Reliant 700 cc four-cylinder engine and a top speed of 75 miles per hour – was to become very well-known. Something doubtless due to its design. Its bodywork very much caught the spirit of the times. Angular, with large bulgy eyes and a roof that could be flapped completely forwards for getting in, almost everything about the little bug was snazzy. It was not by chance that most of the Bugs boasted a loud orange color.

If any more proof is needed that nature and culture are poles apart, three-legged creatures like the “Bond Bug” provide it. Of course, there are all kinds of stools and chairs with “only” three legs. Normally, however, when we manufacture things, we take our lead from nature – which only brings forth living beings with an even number of legs. This being the case, we have become accustomed to things being the way they are and cars just having four wheels. Until we notice the fact that they don’t have to be like that and that in fact they haven’t always been that way. Which takes us back to the Bond Bug. Who knows, perhaps we will have another go at three wheels? 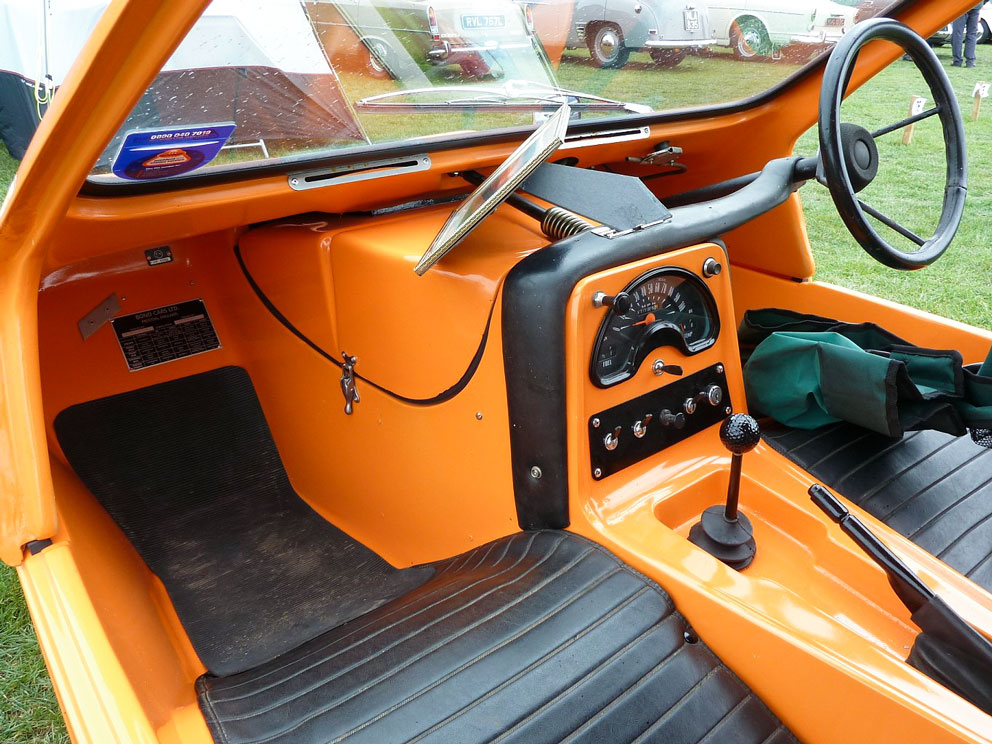 Minicar with success: 2‘270 copies were made. Photo © homer----simpson/Flickr 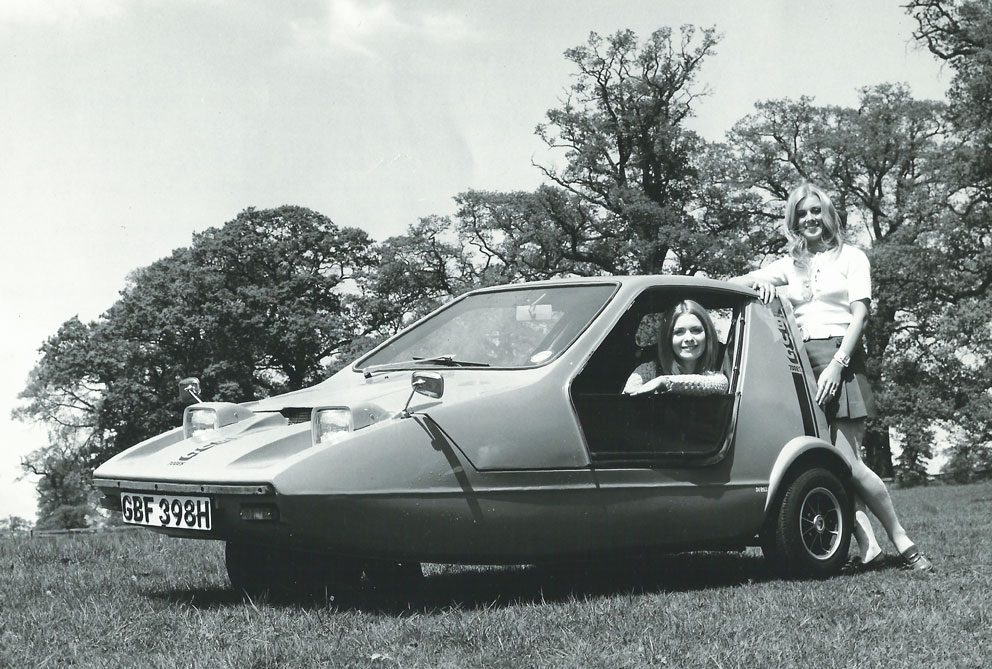 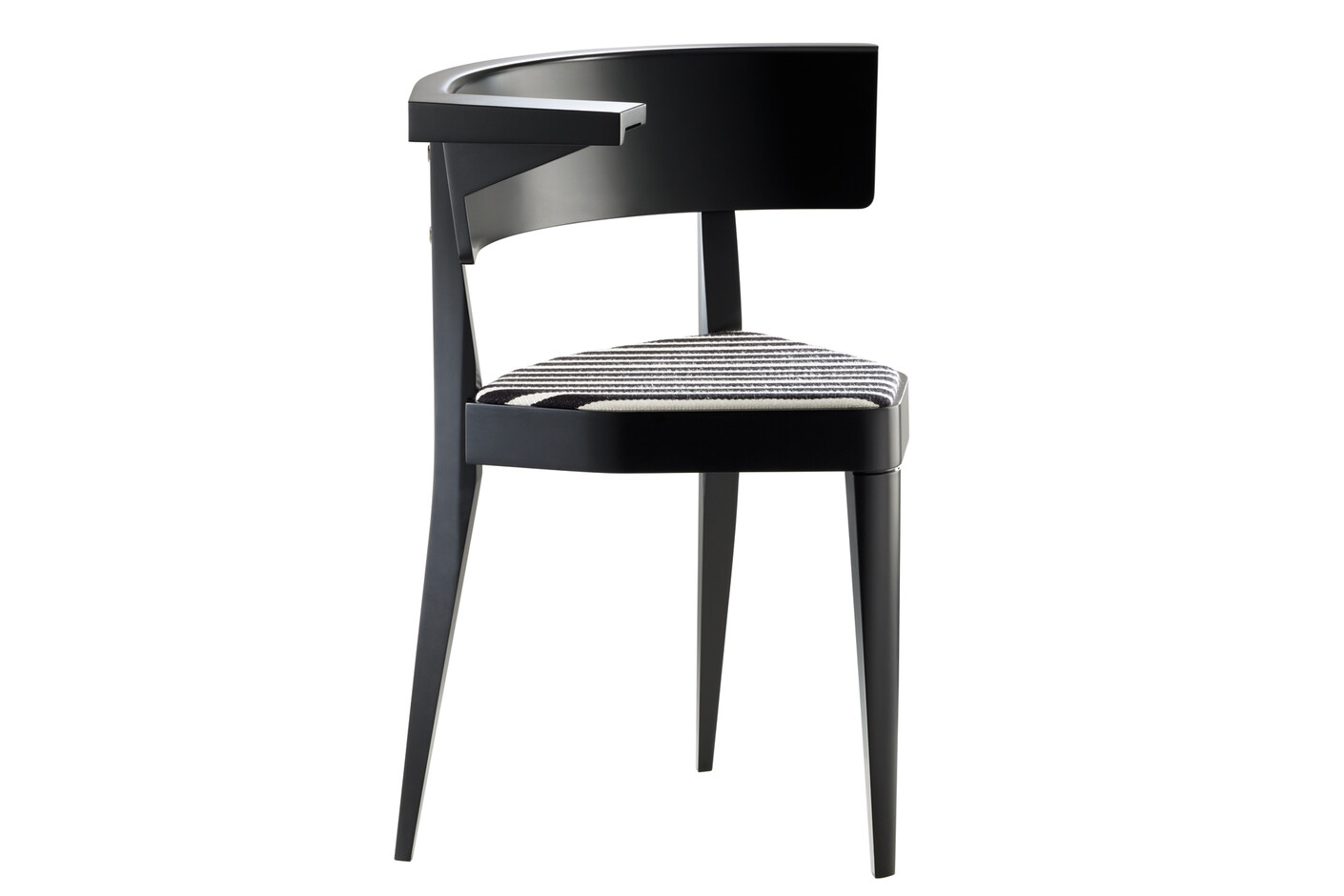 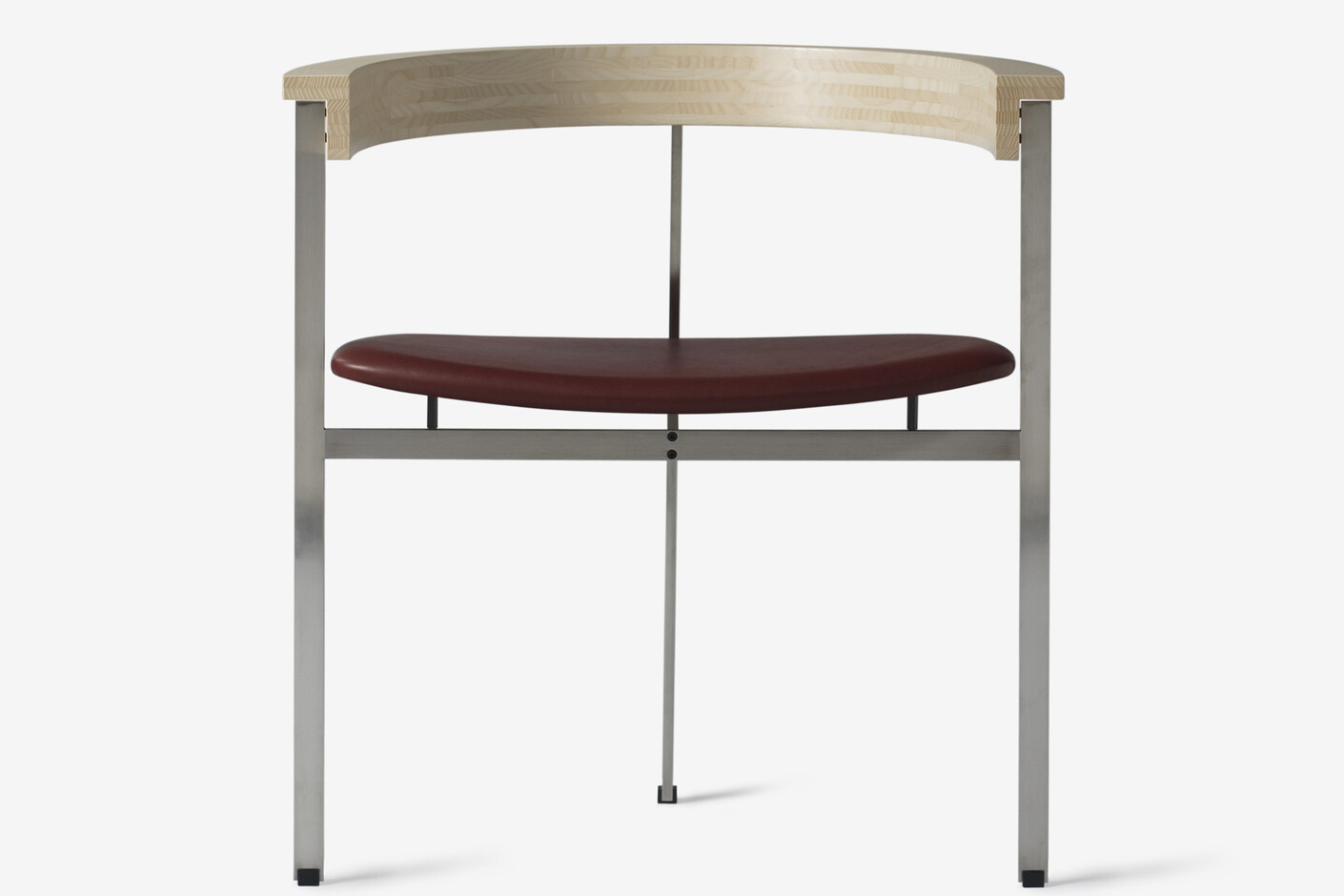 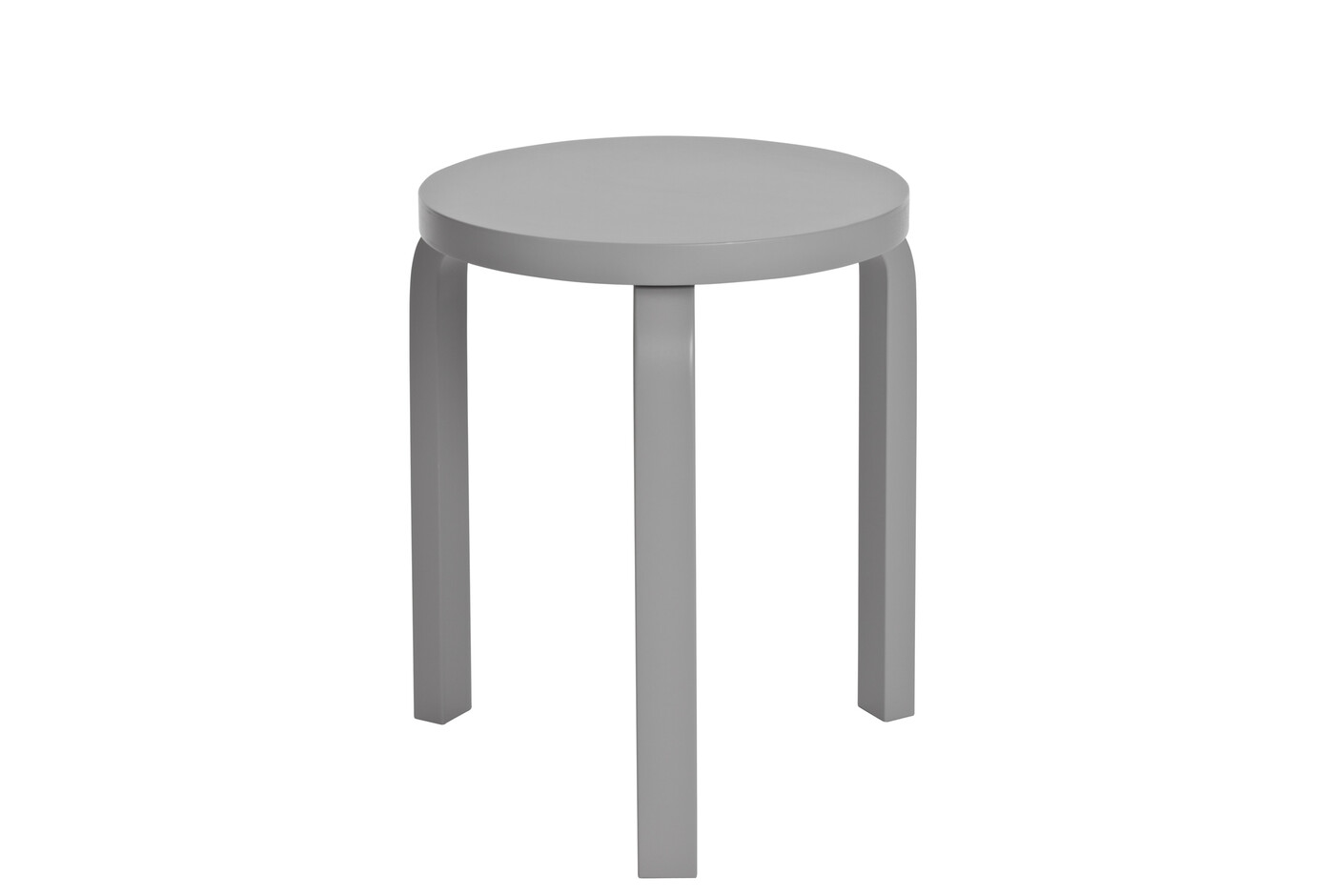 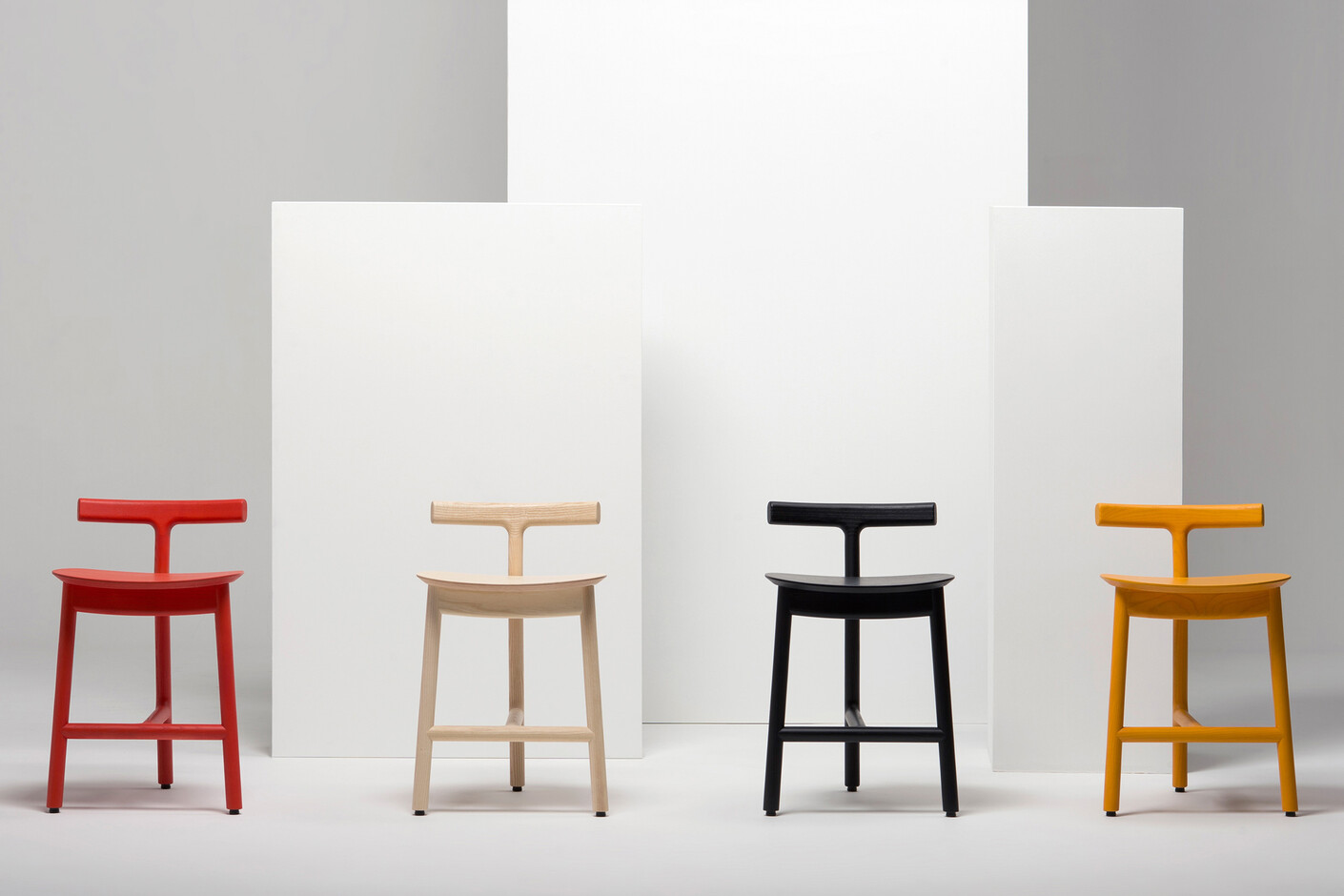 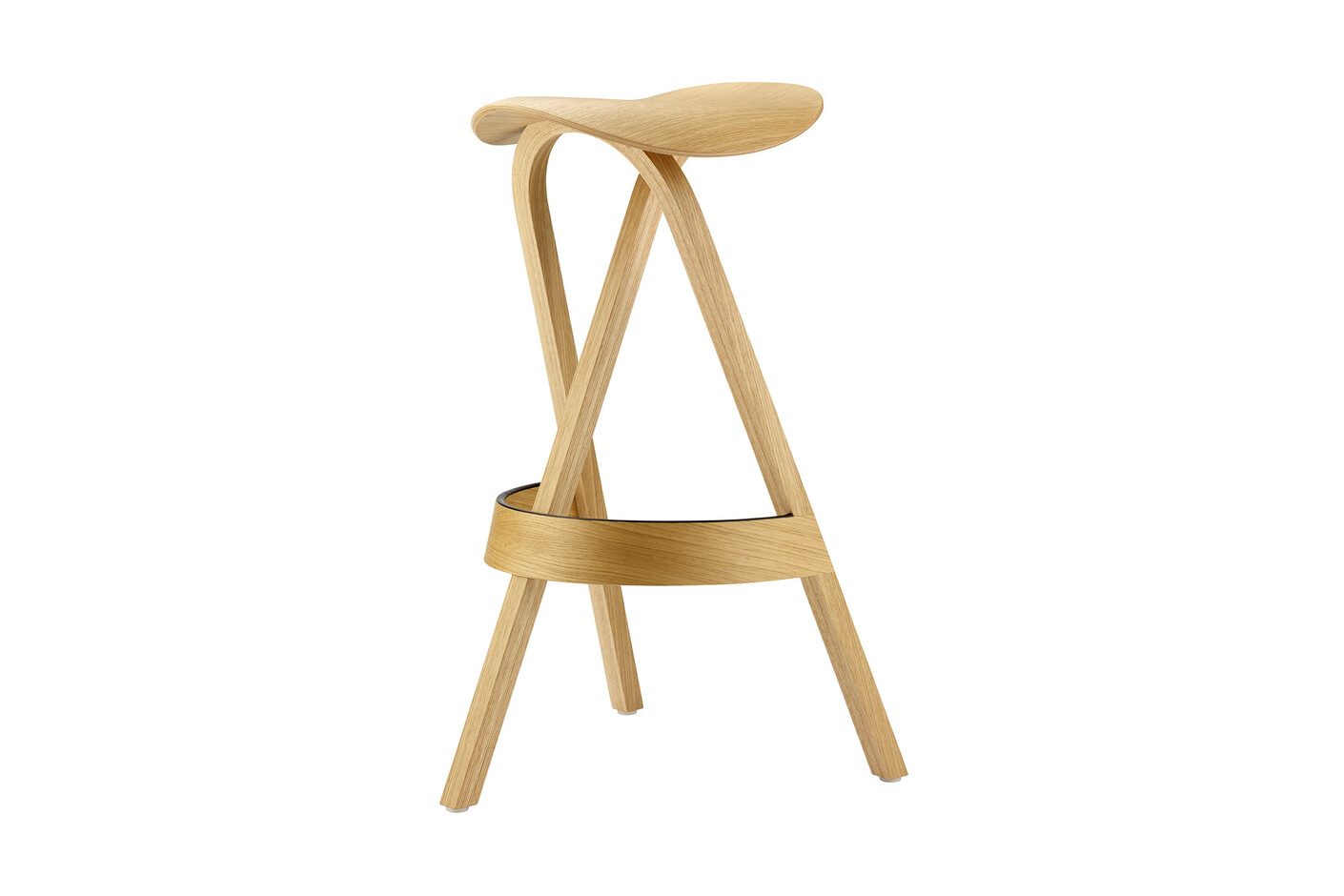 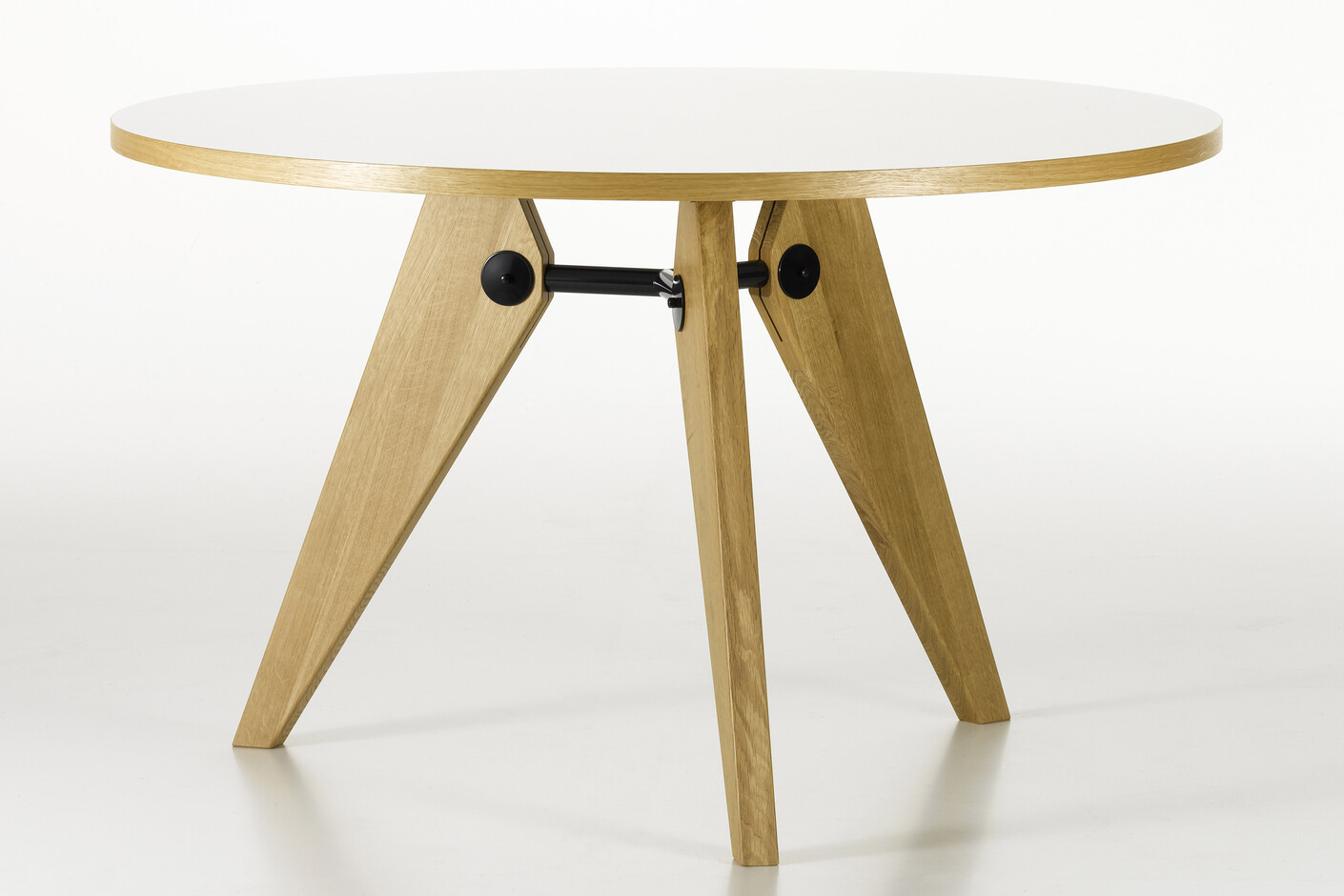 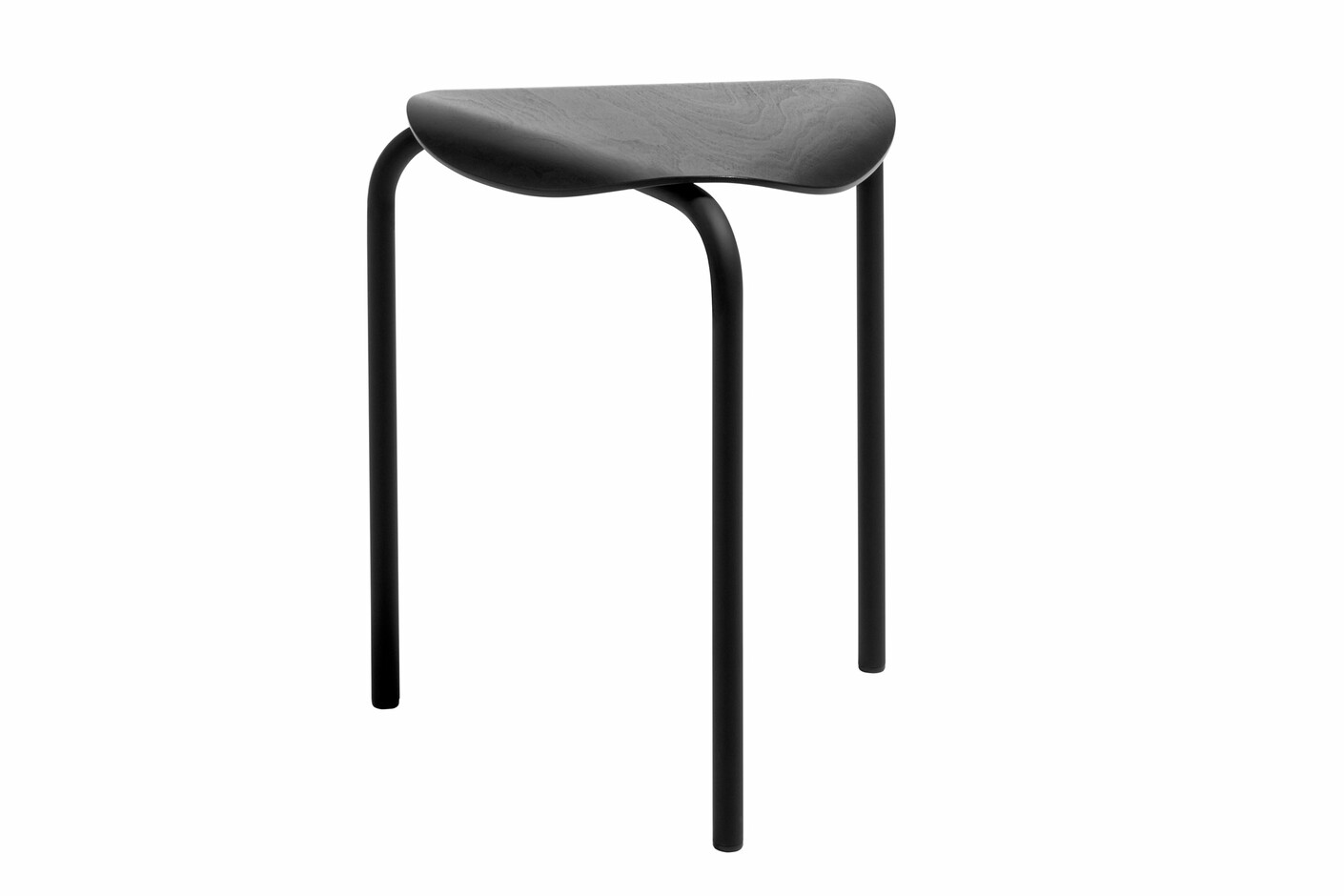 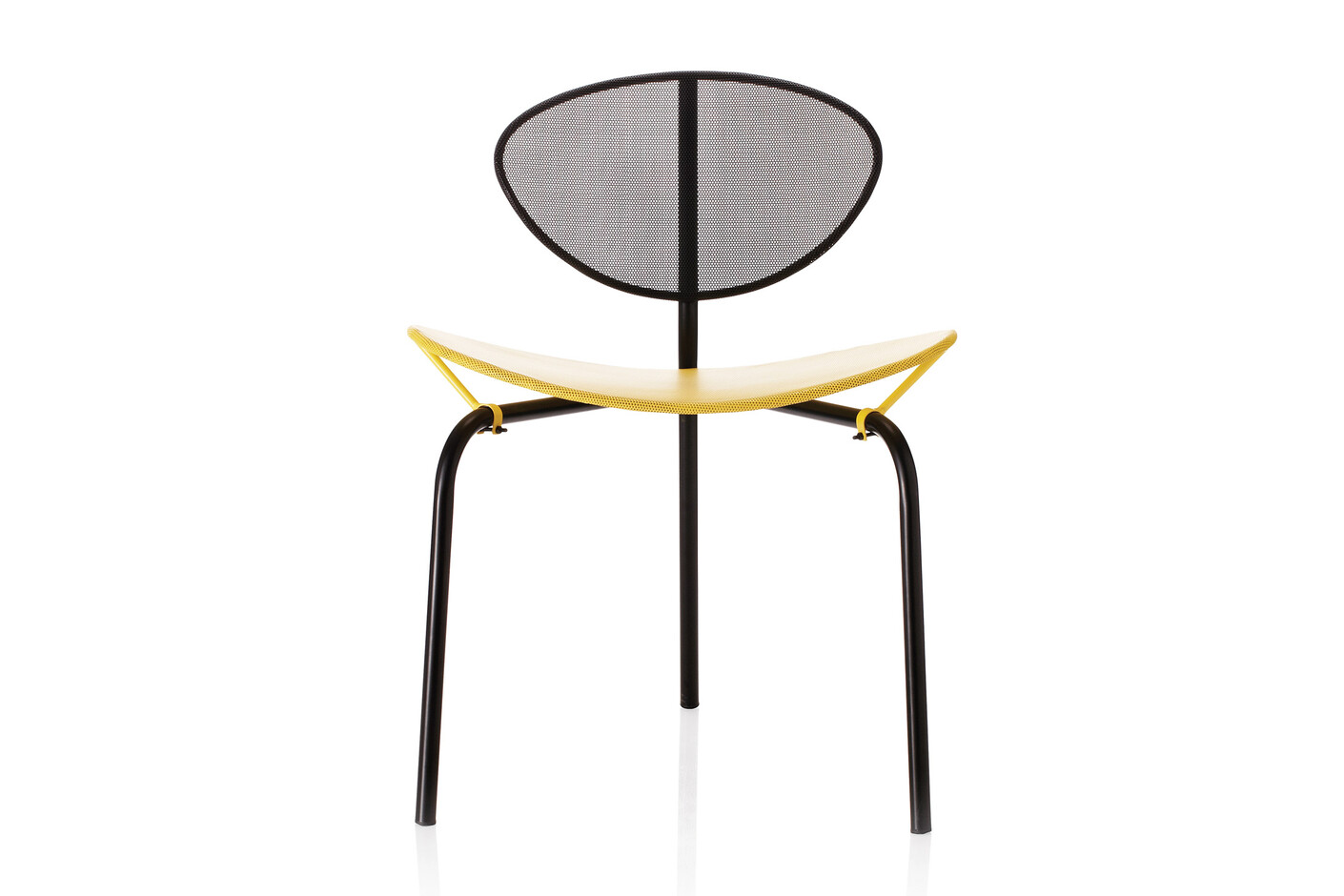 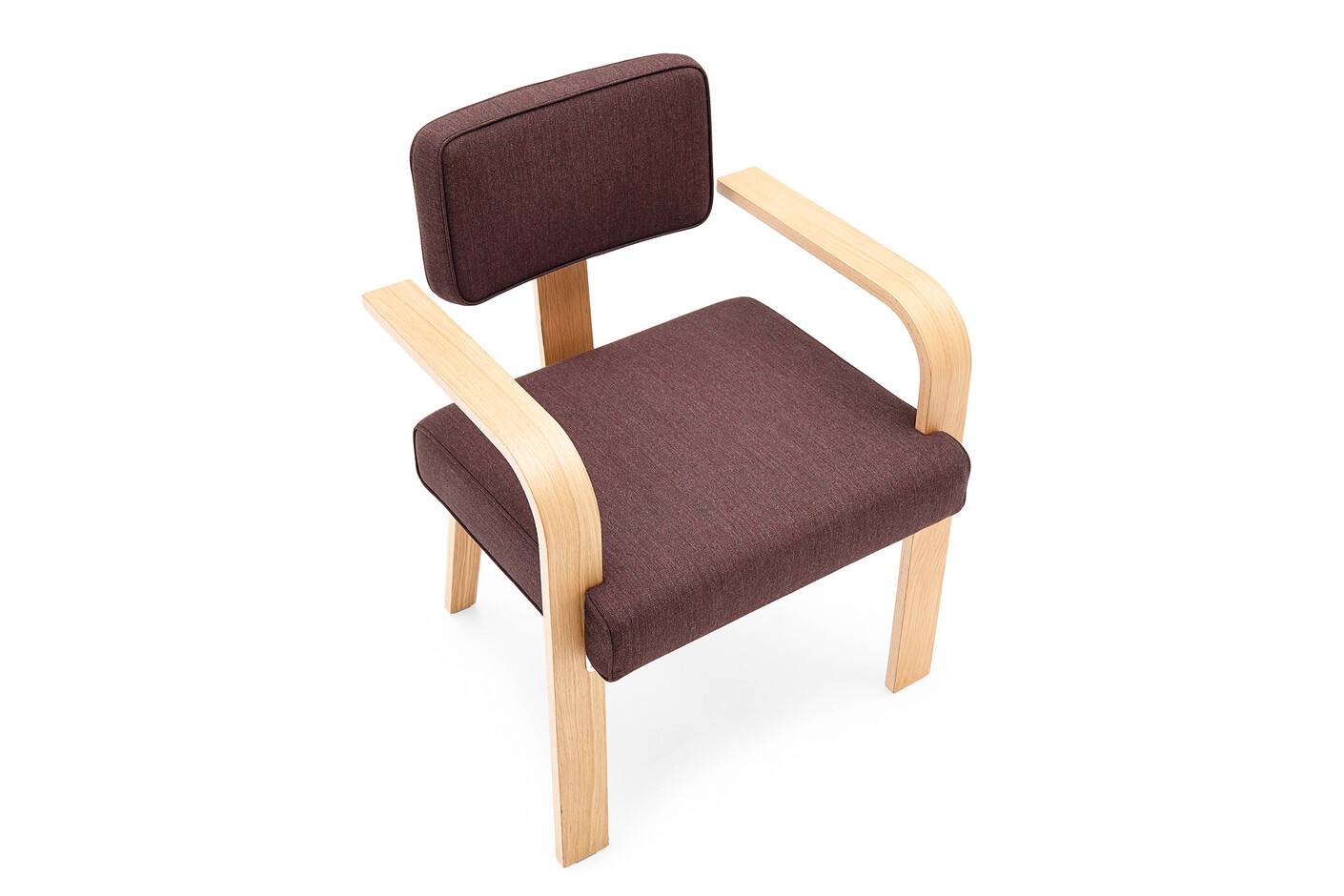 NEUTRA by VS
Dining Armchair Wood 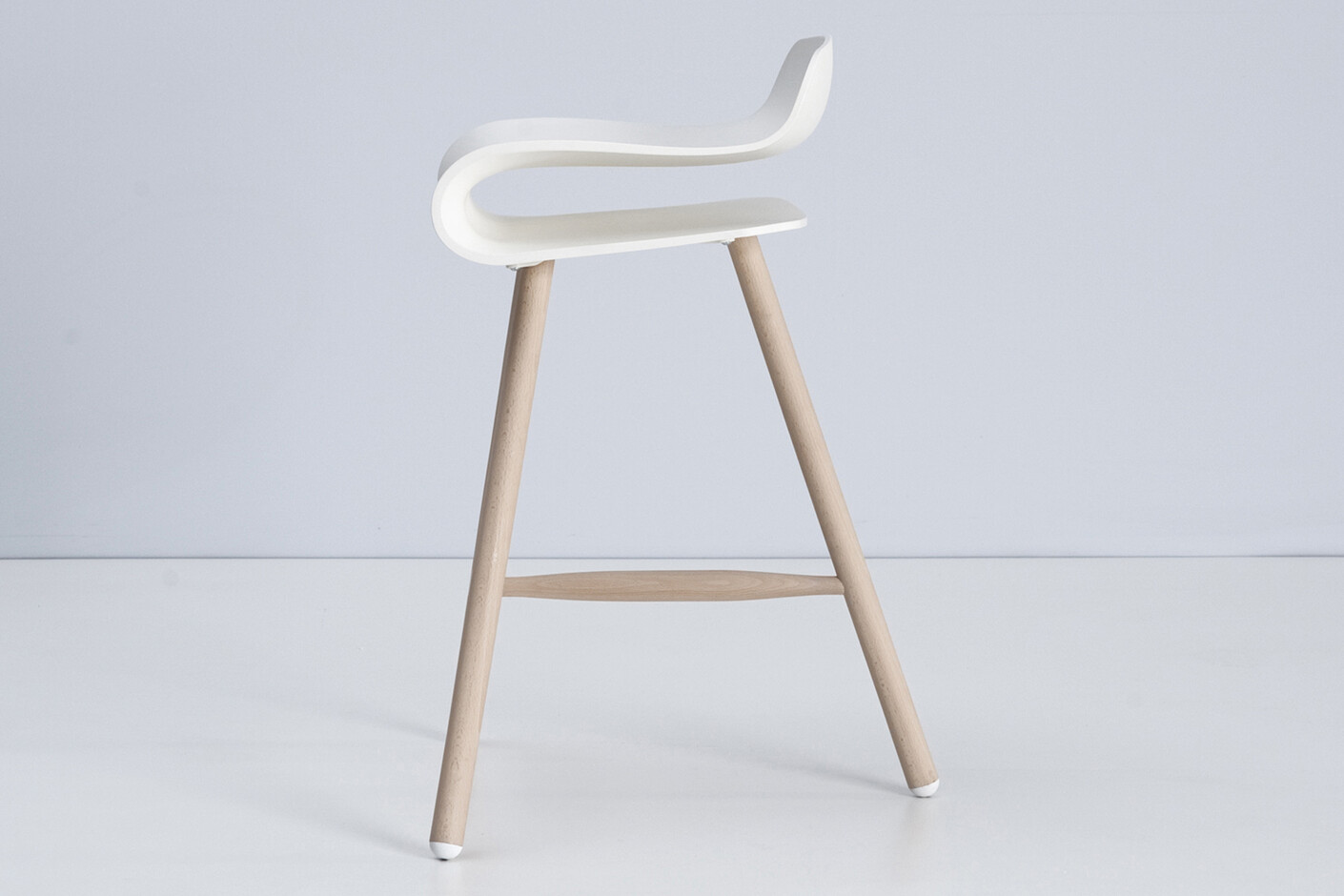 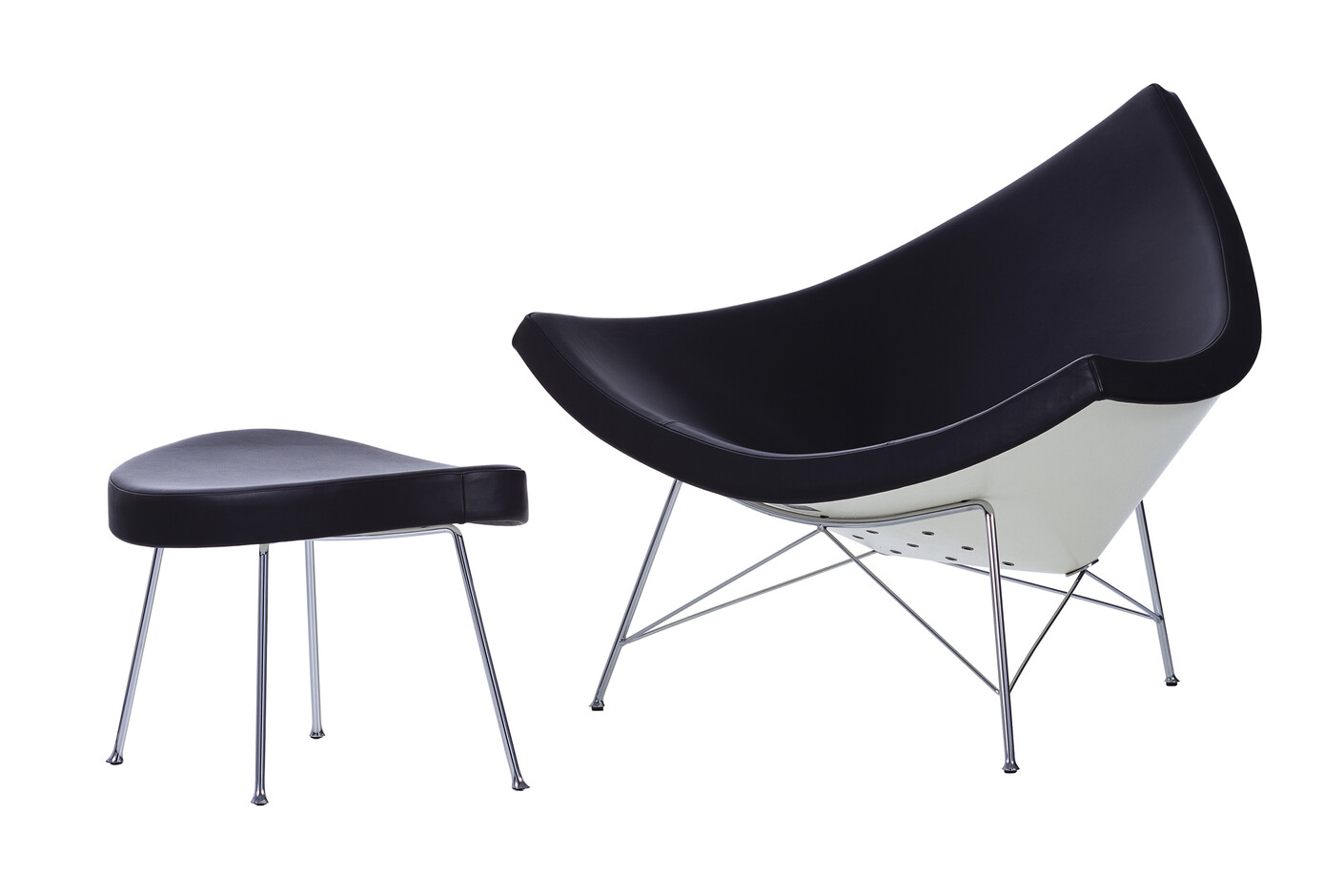 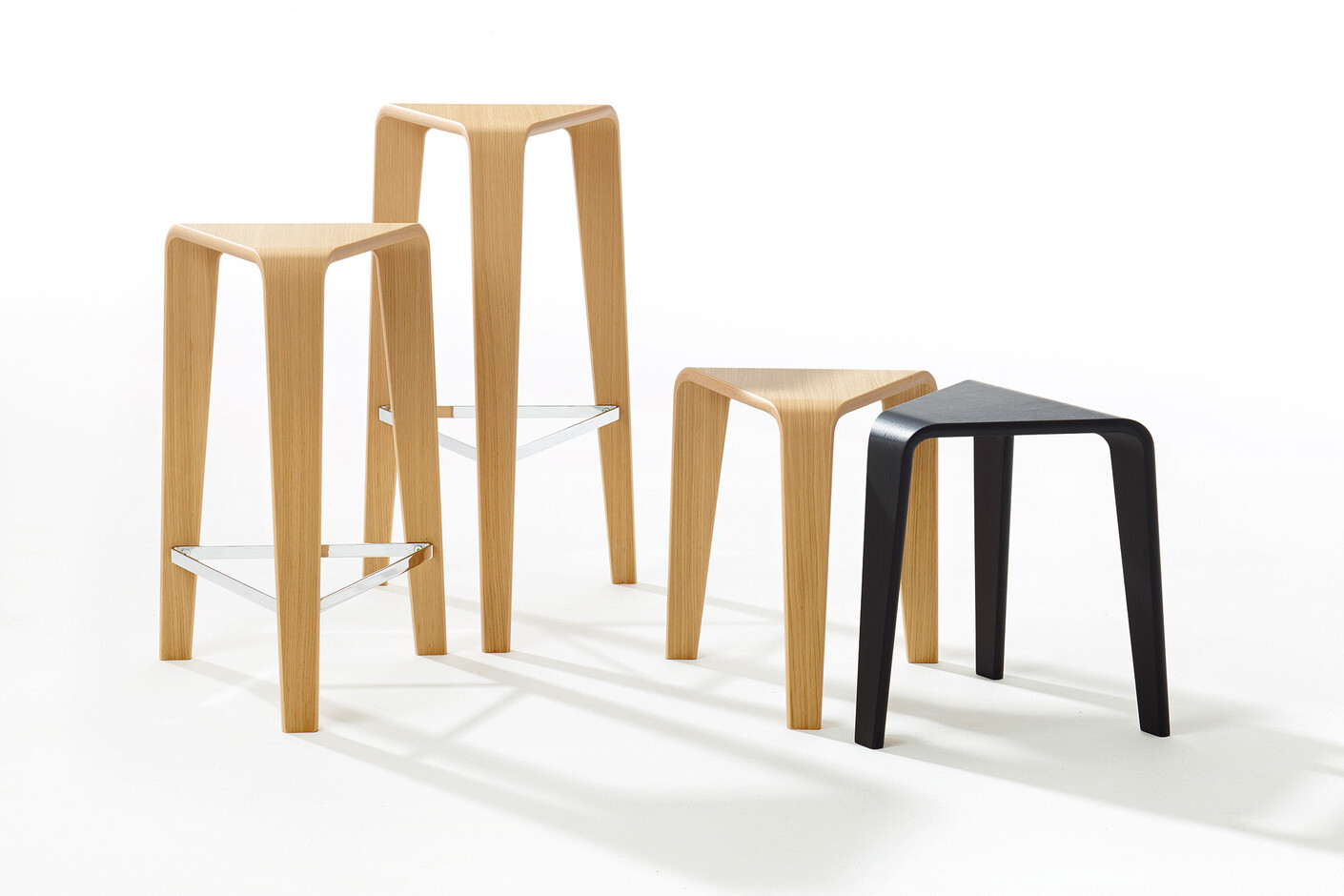 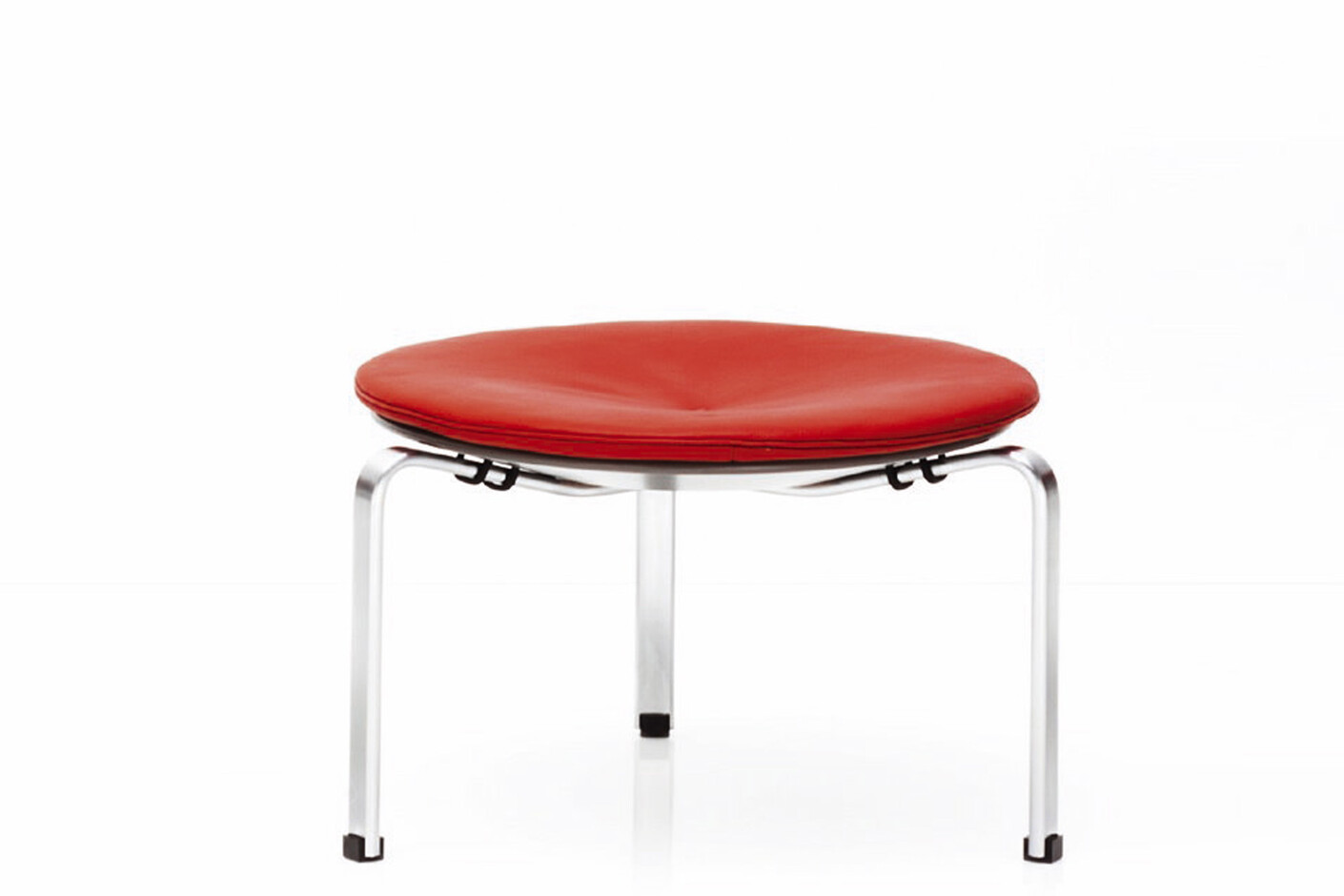 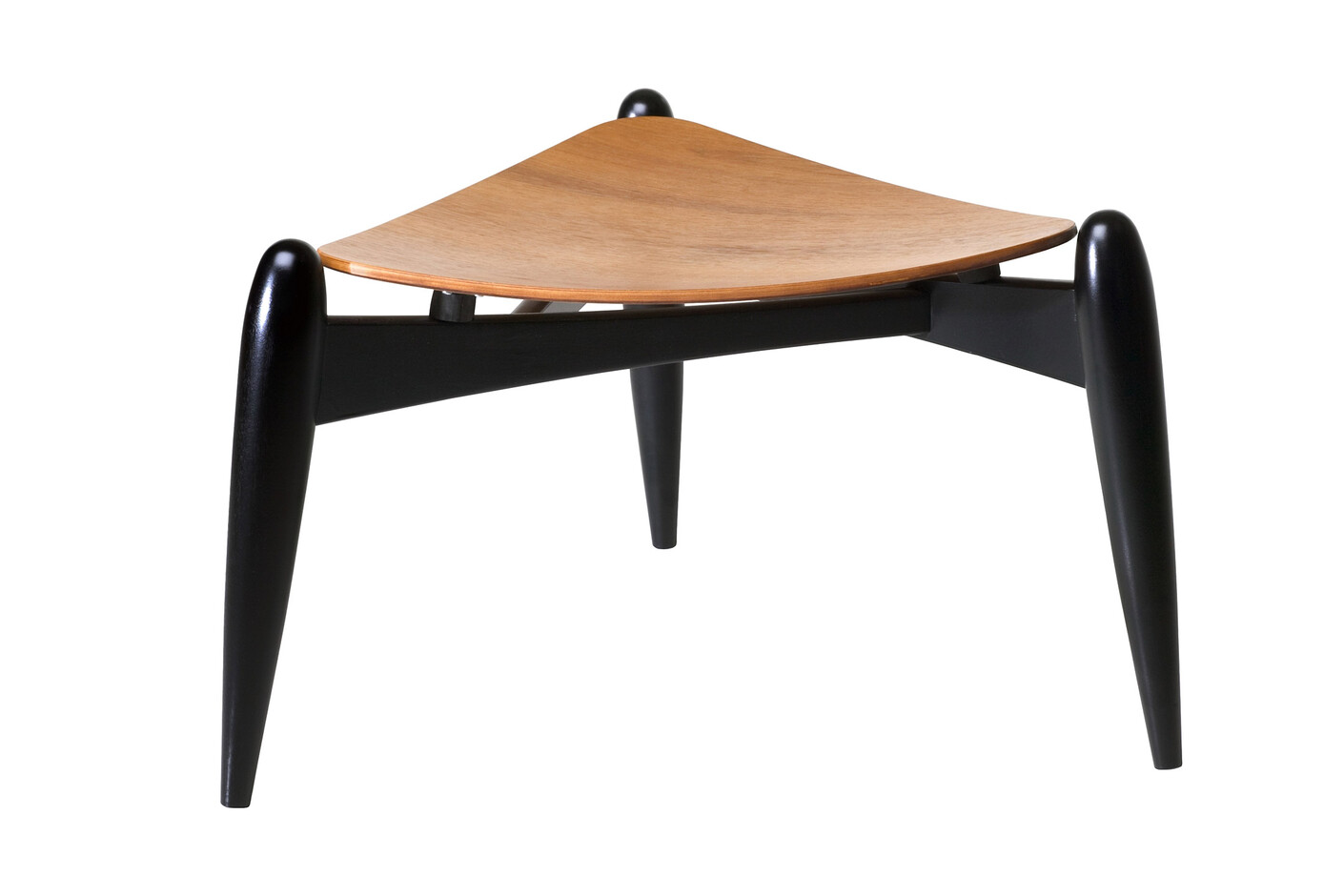 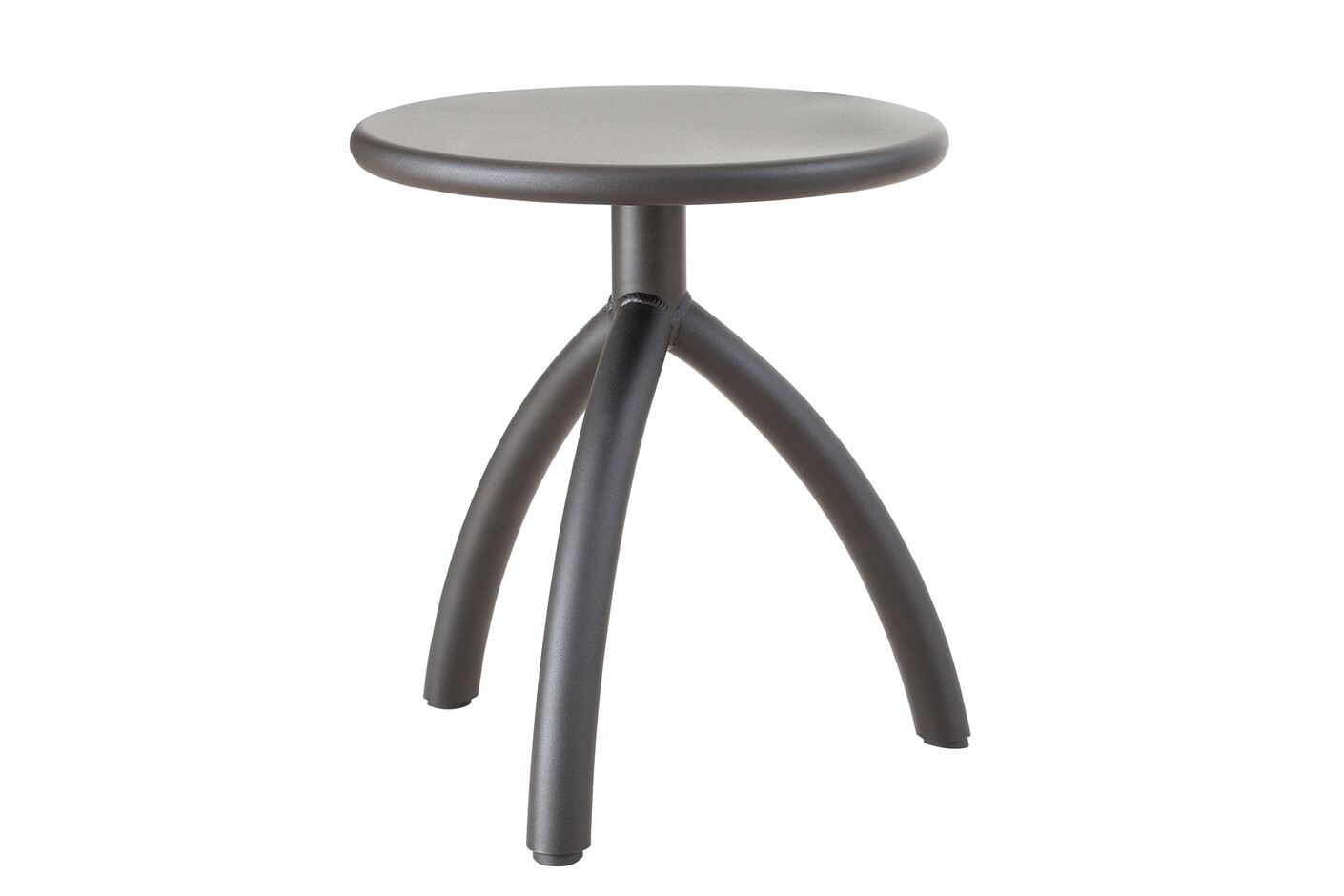 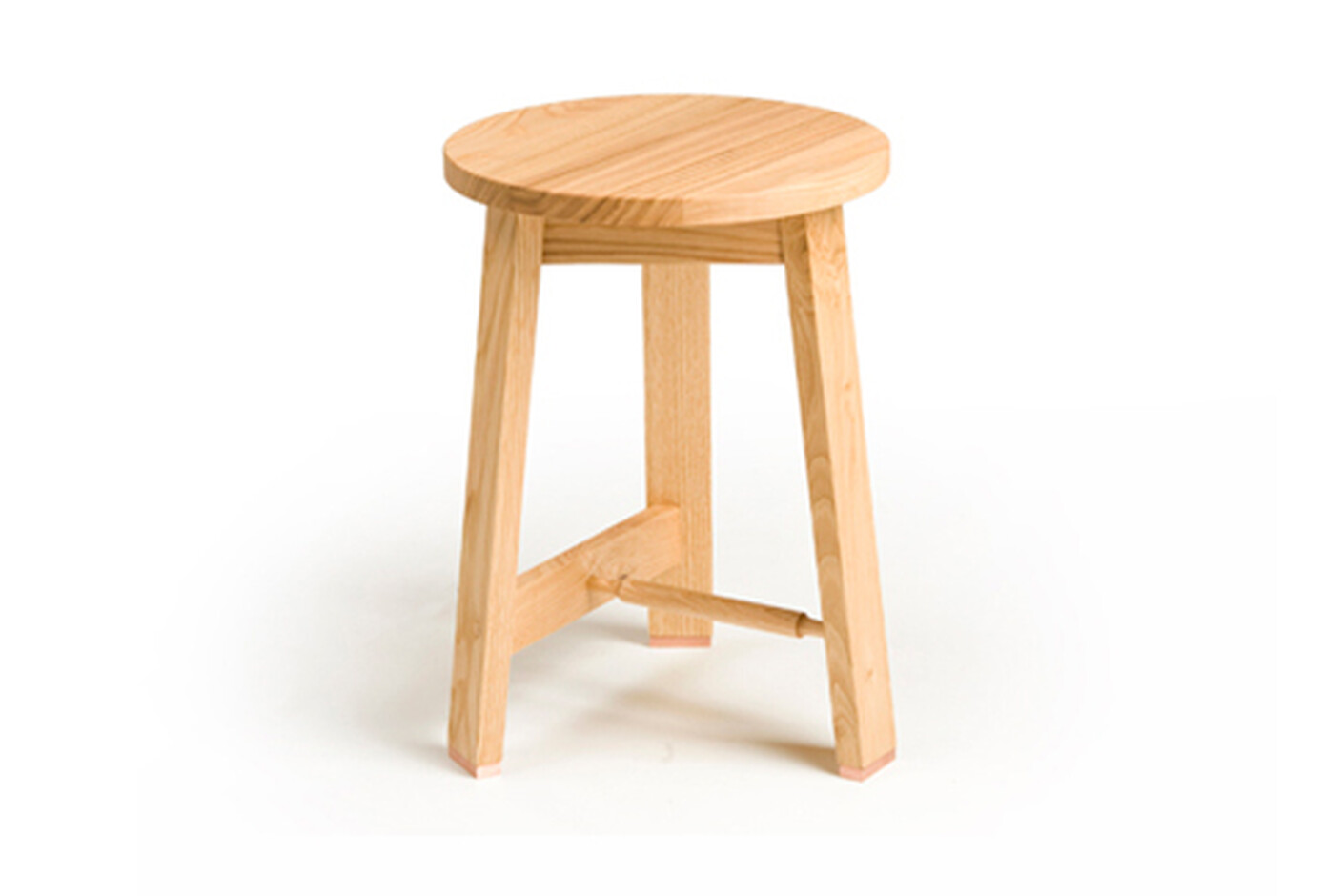 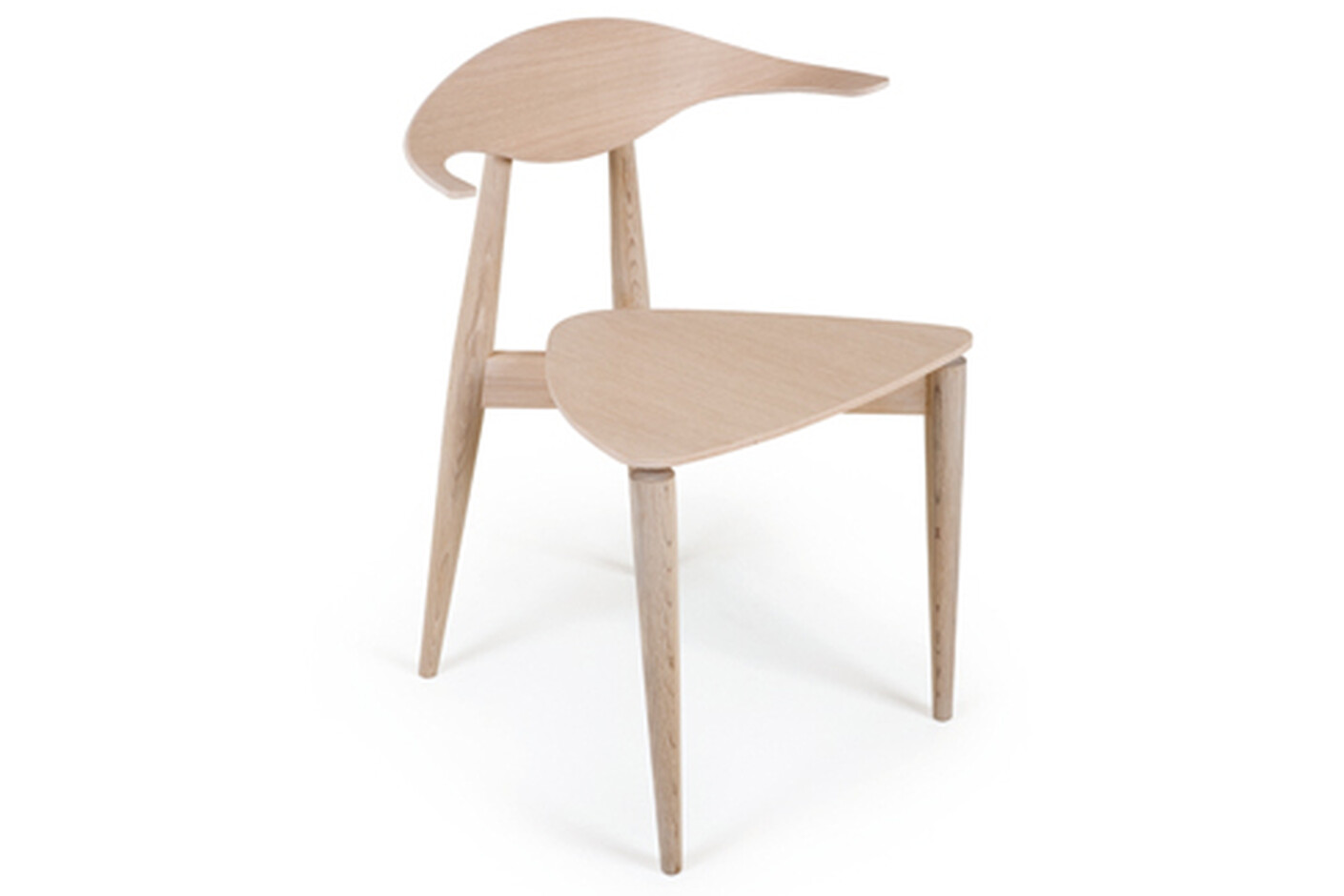