For both facades expanded metal RMIG was used, but in different versions. For a sports hall in Ringsted, Christensen & Co. Arkitekter chose oxidized Corten steel, while Kjær & Richter employed white anodised aluminium for the striking cladding of a school building. The juxtaposition of contrasting materials was used to create a vivid appearance and fascinating visuaal effects despite the simplicity of the architecture itself. For example, for the sports hall, which stands on a rise surrounded by open areas a red brick base, glass cube, and a wraparound protruding sunscreen of Corten steel was chosen. Depending on the perspective and distance a heavy metal roof appears to rest on a glass cube, or a transparent layer seems to enclose the building.

While for the sunscreen of the sports hall architects deliberately chose an expanded metal that would corrode, Kjær & Richter opted for anodized aluminum that will withstand the elements. For the different school buildings in Horsens, Denmark, powder-coated panels by RMIG City Emotion were chosen. Here a white skin of expanded metal serves as sunscreen and provides a uniform appearance. Two different sized meshes and rigid and moving panels, together with various formats, also make for variations in the details. Using the various types of expanded metal by RMIG it was possible to create two totally different facade claddings that unite function with an unusual design. (rw) 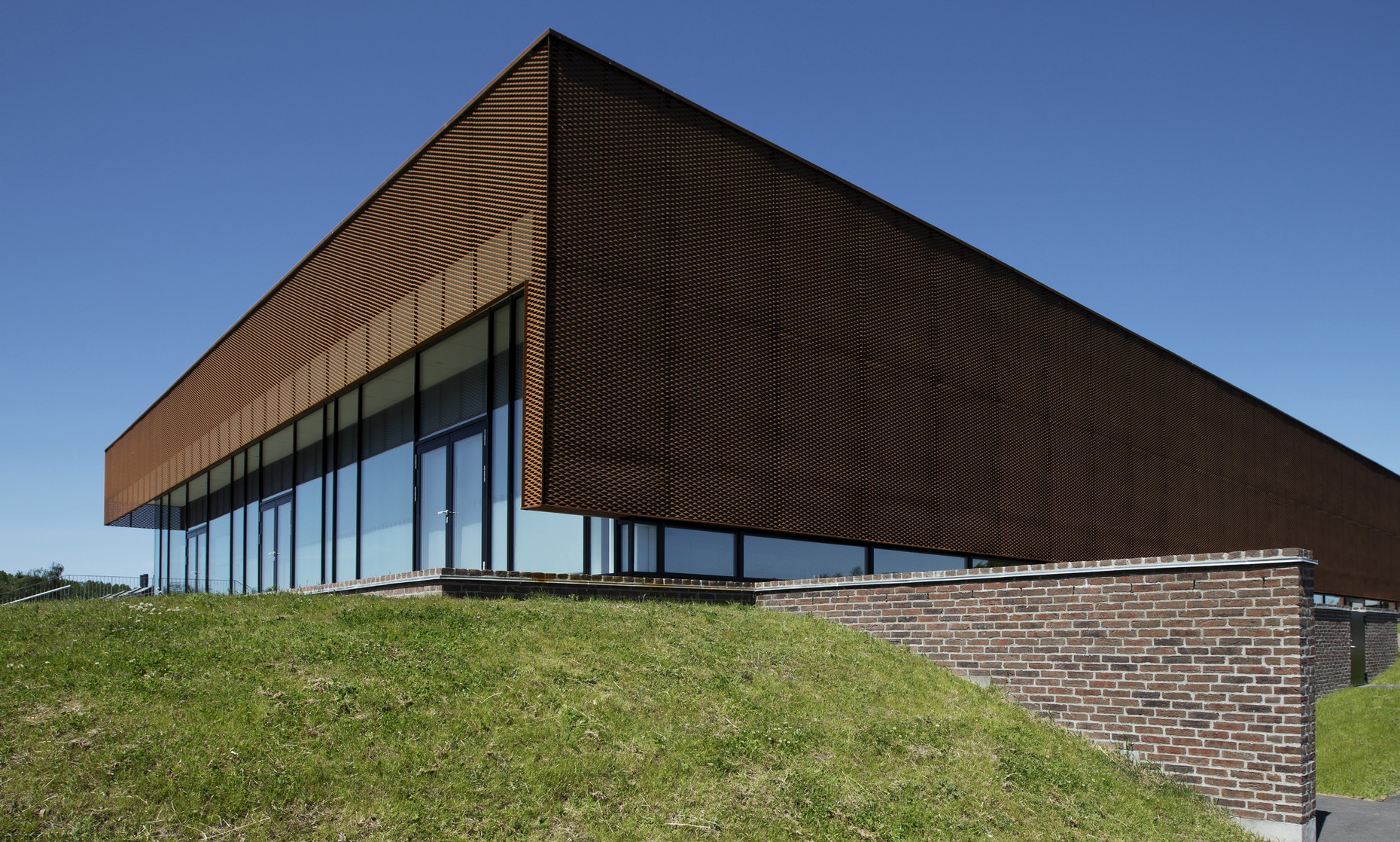 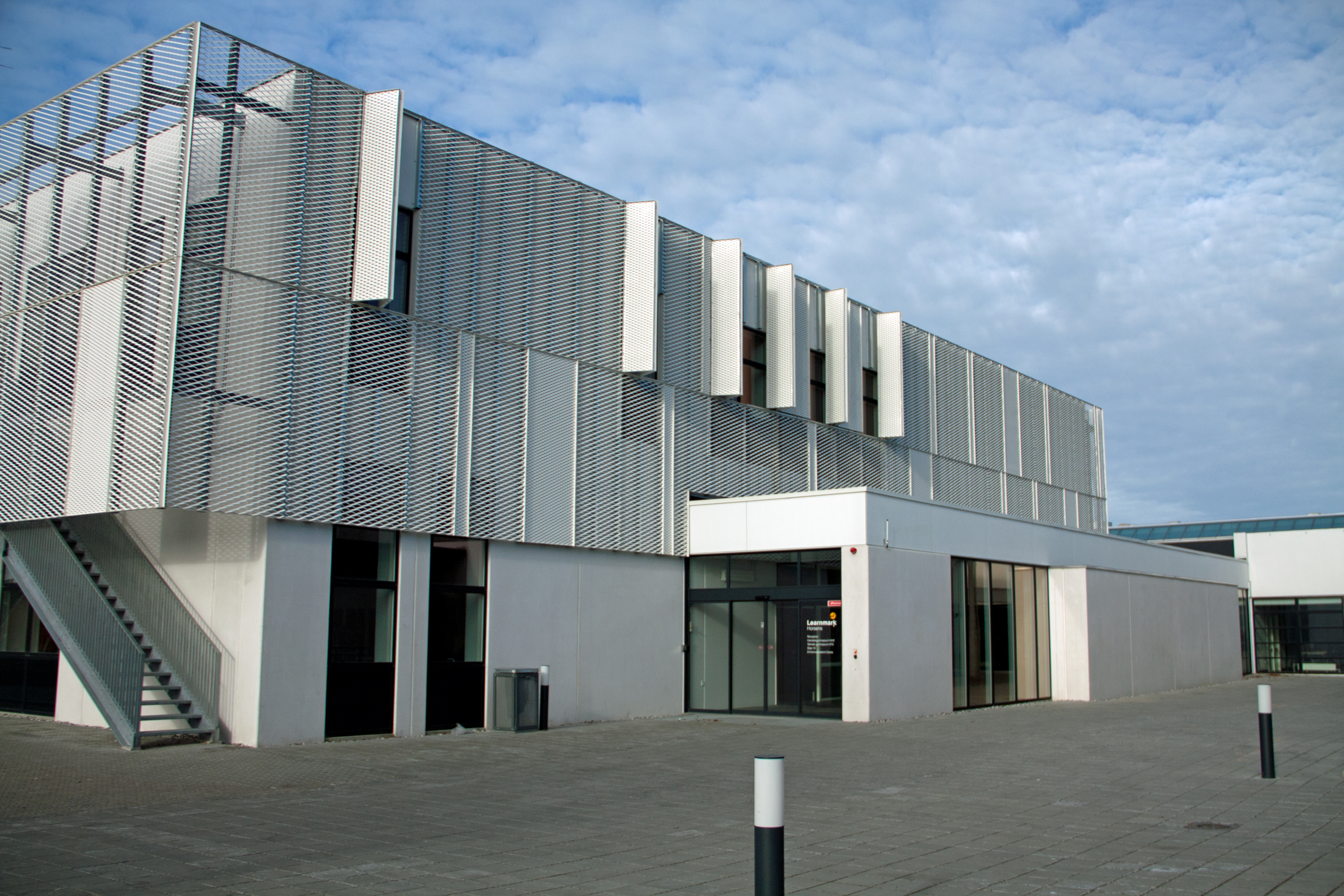 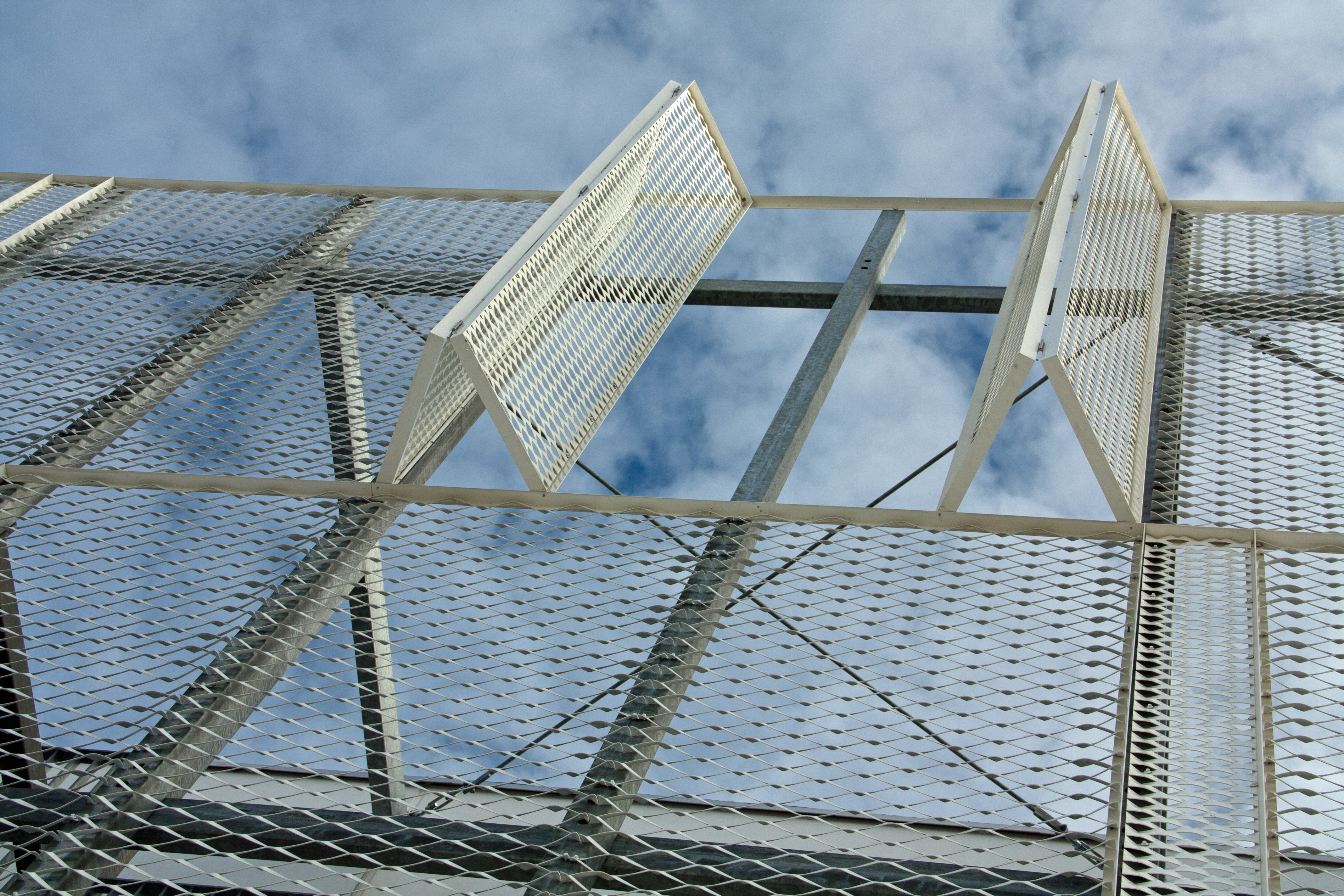 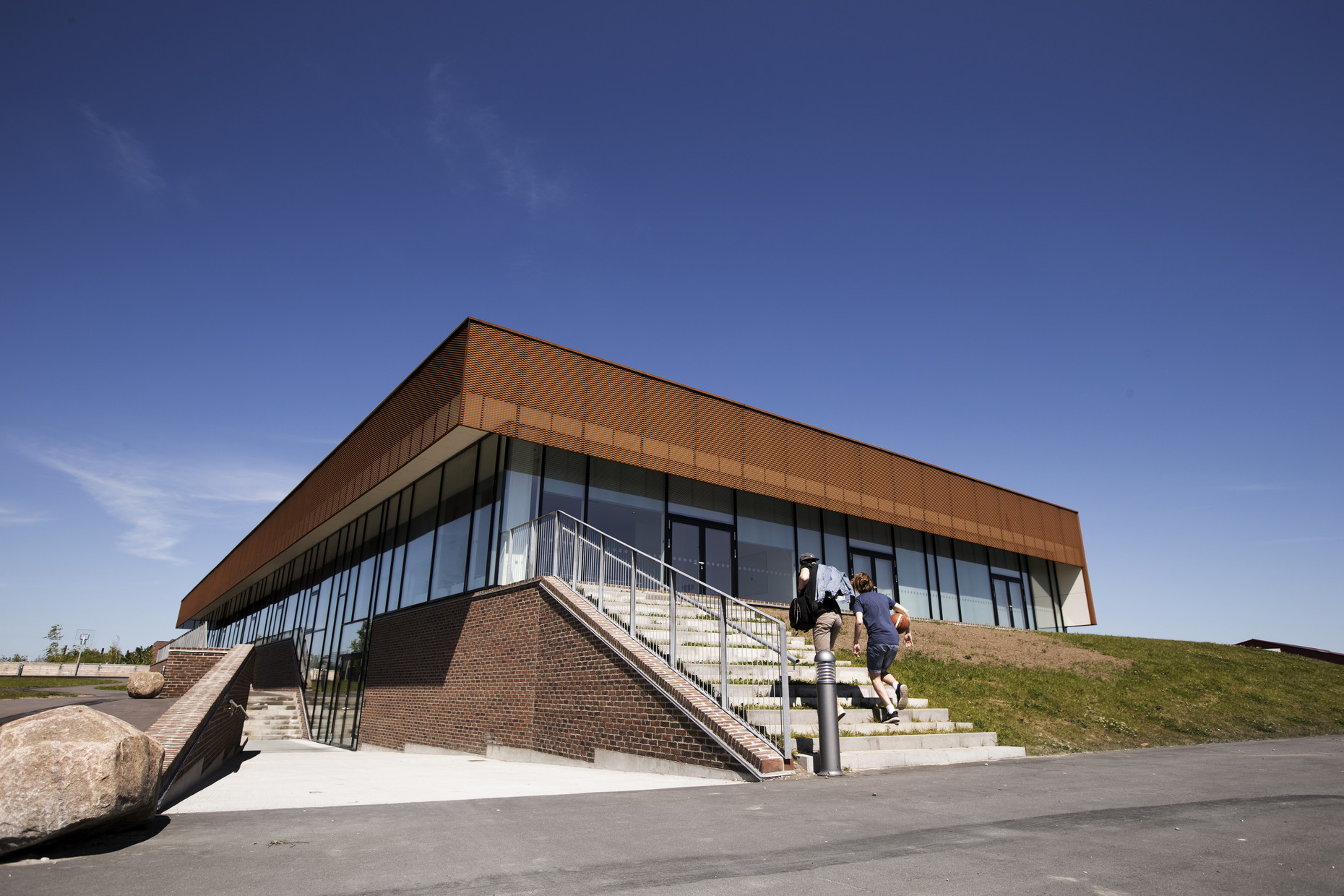 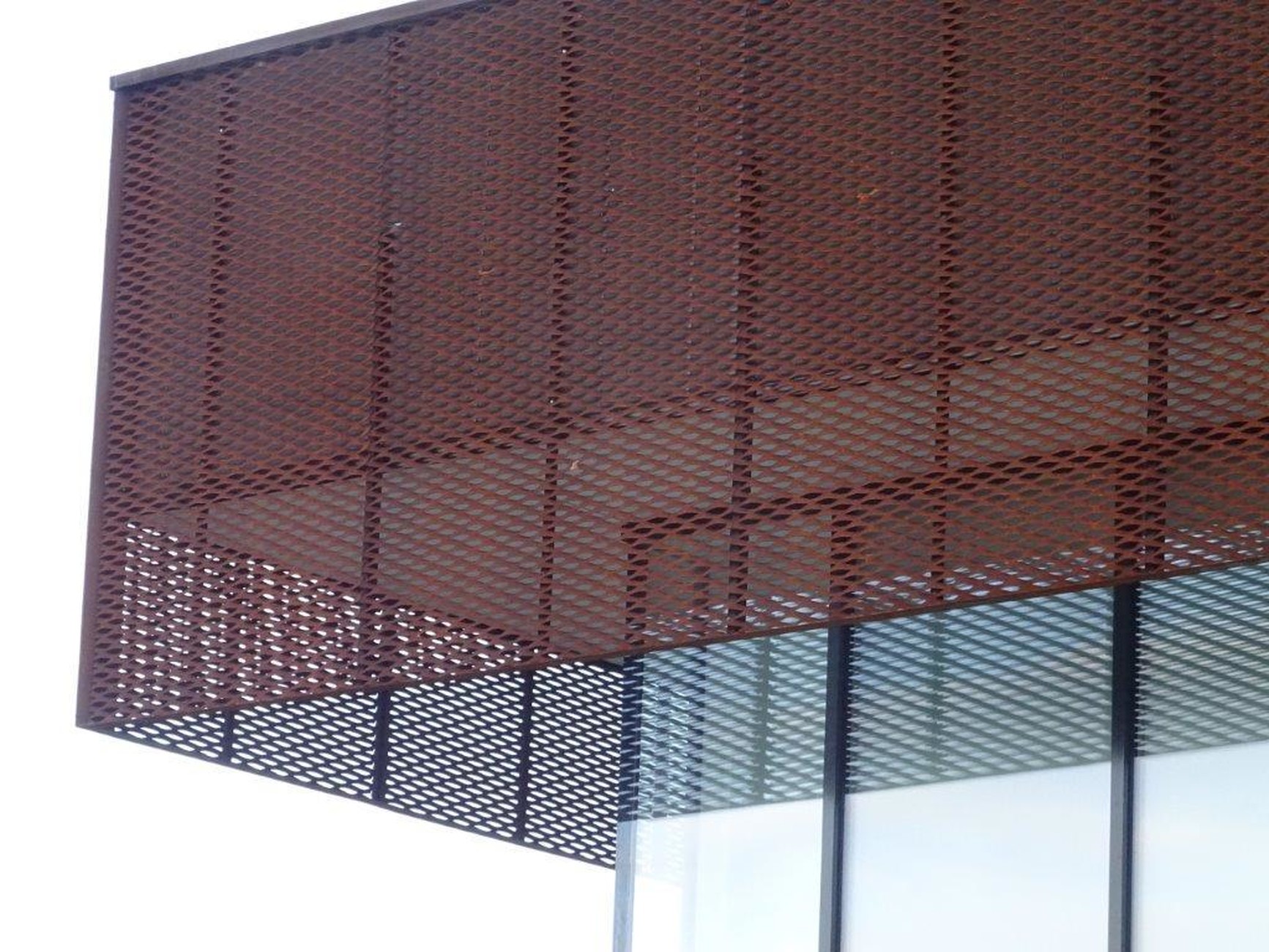 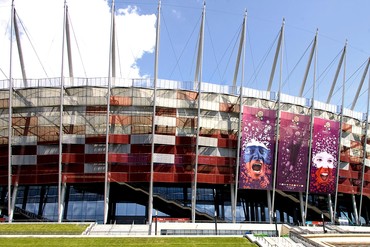 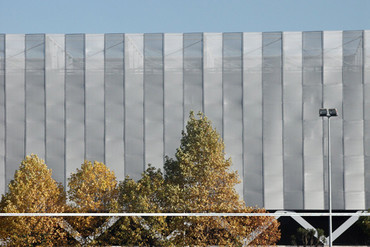 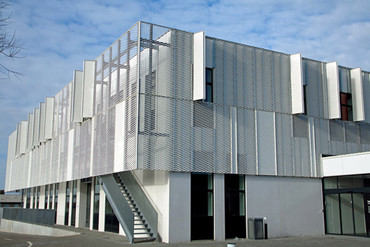