top
Super interfaces and super trains
by Catriona McLaughlin | May 21, 2014 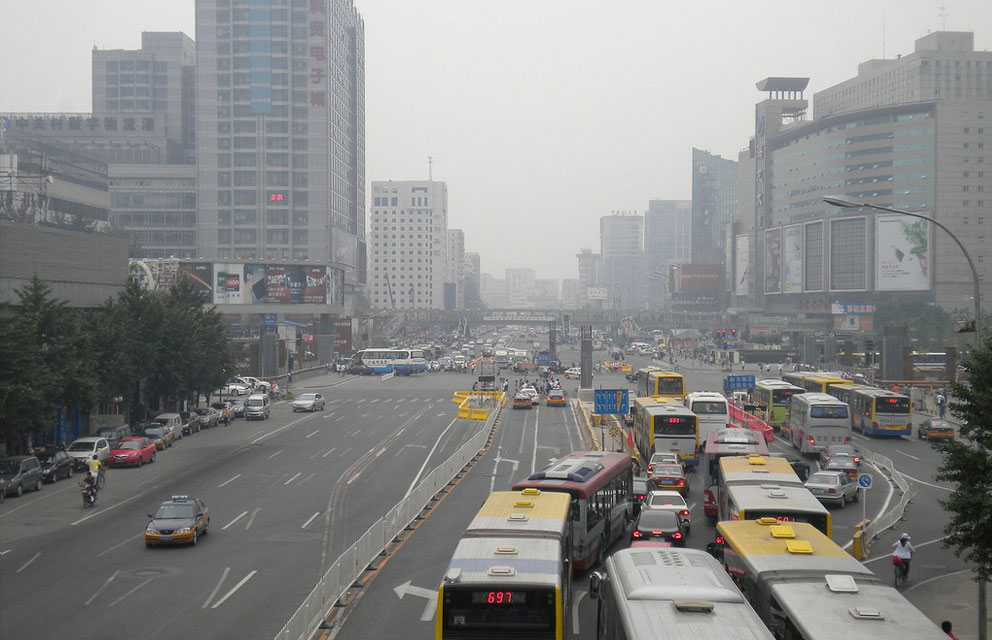 Be it mega-trains in Japan, bike-sharing in China or satellite heat images of the United States – at the “Mobilities in Cities” conference on April 11 at New York’s Columbia University the debate focused on the global status quo and the future of urban mobility. Urban planners, architects, engineers, transportation and technology experts, not to mention scientist from all over the world, flocked to the event hosted by Professor Saskia Sassen – the renowned author is also head of the “Urbanizing Technology” research project at Columbia.

The conference focused on the really big issues: What will the mobility of tomorrow look like? How will it be influenced by data? What solutions are there for megacities and conurbations? What political and social factors play a role?

For all the differences in methodologies, one thing quickly became clear: Mobility is a theme that will determine the future of our cities and thus our quality of life.

The day was kicked off by US sociologist Richard Sennett, who compared traffic to the arteries of a cardiovascular system and visualized the growing speed of mobility taking the example of transportation trends in Paris. Just how strongly transport shapes the face of a city was also described by Canadian transportation expert Eric J. Miller, who explained how little the car is scalable for short-haul transport in growing big cities. By way of comparison: On any given street, you can transport on average 2,400 people by automobile per hour. Using a subway the figure is about 35,000 passengers. However, Miller also made it clear that successful transportation systems hinge not only on movement as in mobility, but first and foremost on accessibility. High access rates are best achieved by an expansive public local transport network. Here, it is less the cost of construction and more the O&M of the system that gobbles up the most costs.

Driving the car as unhealthy as smoking

On balance among the experts there were hardly any advocates of the automobile as a transport mode for urban spaces. British author and academic John Urry gave a lecture that was a swansong on gas-guzzling autos, and even compared it with other global dangers to public health, such as tobacco smoke. While it may be hard to change a running system, Urry nevertheless called for a post-auto-system. And old ideas fall on fertile ground: Urry showed his audience images of early electric cars dating from 1914. He explained how new systems will only win the day if they are also the better systems.

Better for whom? remains the question. Author Adam Greenfield, who recently caused a real stir in the debate about the technologically-focused smart city with his pamphlet “Against the Smart City”, was unequivocal: An increasing number of cities collect data and that includes transport data on their inhabitants, but are increasingly allowing large corporations such as Google and IBM to be the ones who control the data. This approach, Greenfield suggests, poses a major threat. He described V2X (“Vehicle-to-X”), for example, a frequently mentioned technology that allows autos to communicate with their surroundings, out of hand as “wrong”. His argument was that cities are about citizens actively participating in public life and decision making, and that therefore sometimes the way is the goal. “Mobility creates places, where people can meet and even fall in love!” He pointed to the informal transportation systems that are usually not factored into urban planning.

Now, it’s not as if Greenfield is against the use of technology. No, he champions open data interfaces that would enable programmers to give us access to data, for example for the most suitable transport connection – access to data thus becomes access to the transportation system. Won’t this strip people even more of their privacy? “No,” says Greenfield. In purely technical terms it is quite possible for transportation users to remain anonymous thanks to so-called homomorphic encryption.

Power to the e-bike

The data can, for example, be used to better visualize traffic flow. Assaf Biderman of MIT’s “SENSable City Lab” shows how with the massive increase in data from Smartphones and other devices you can make ever more exact dynamic satellite heat images of traffic flow, animated maps that, for example, represent concentrations of people. In future, or so Biderman suggests, we will actually even be able to measure the frustration of individual drivers and passengers. Because the volume of data is growing by the minute: While in 2010 five billion devices were linked up, the figure will presumably be over ten times that by 2020. In order to counteract the rising traffic flow, Biderman is also working on practical solutions, such as a bicycle tire that like an e-bike expands the cyclist’s radius.

One thing the experts agreed on was that the social standing of the respective mode is an imperative for a favorable development in public local transport is. Xuefei Ren, Professor of Sociology and Global Urban Studies at Michigan State University, gave examples of how strongly a status-driven mind-set influences mobility patterns: Until 1990, most Beijing inhabitants cycled to work. Today, this is considered backward and over 38 percent of households own a car. The previously unpopular terms “Du” (i.e., gridlock) and “Mai” (“supersmog”) have of late become part of daily life. New bike-sharing programs such as in the Chinese metropolis of Hangzhou lead the world, boasting over 65,000 bikes. However, Xuefei Ren argued that a return to the bicycle will be difficult if only because of the fact that the distance to work is increasing all the time. The rising cost of living, such as owing to increasing rents, have made it far harder as a whole to reach work using environmentally friendly modes of transport – the use of the new high-speed trains is not an alternative for most commuters as ticket prices are simply too high.

Things are different in Japan: By 2027, a new high-speed maglev train will link Tokyo with Nagoya, 350 kilometers away, creating a megalopolis with over 50 million inhabitants.

In the United States, there’s much talk of high-speed trains, but such projects still lack real political support. Not only there has the railroad system been strongly neglected ever since the 1950s: In developing countries such as Columbia the plan is to breathe new life into old rail routes and tramlines in order to make commuters’ life easier.

However much fascination fast trains may have, currently the most effective commuting method worldwide are bus rapid transit (BRT) systems. They rely on lower passenger volumes than trains and are considerably more cost effective. As a result, there is less of a lobby for them and implementing such systems is hard in infrastructure or societies prone to corruption. For example, minibus drivers in Johannesburg in South Africa had to be employed as BRT drivers in order to avoid social unrest.

Irrespective of which system dominates in the final instances, the success of growing cities will be largely determined by how well they currently handle the growing demands on their infrastructure and thus plan and invest in functioning future mobility.

Digital Locomotion: Stylepark is curating the Audi Urban Future Award for the third time. This year, the focus is firmly on connectivity: How can we utilize data to improve infrastructure?
(15 April 2014)

What can the city do for me? What can I do for the city? We need new forms of mobility to shape life in the megacities of tomorrow. In New York experts from Audi teamed up with architects, urban planners and academics to seek answers to one of the most pressing questions of the future.
(29 May 2013) 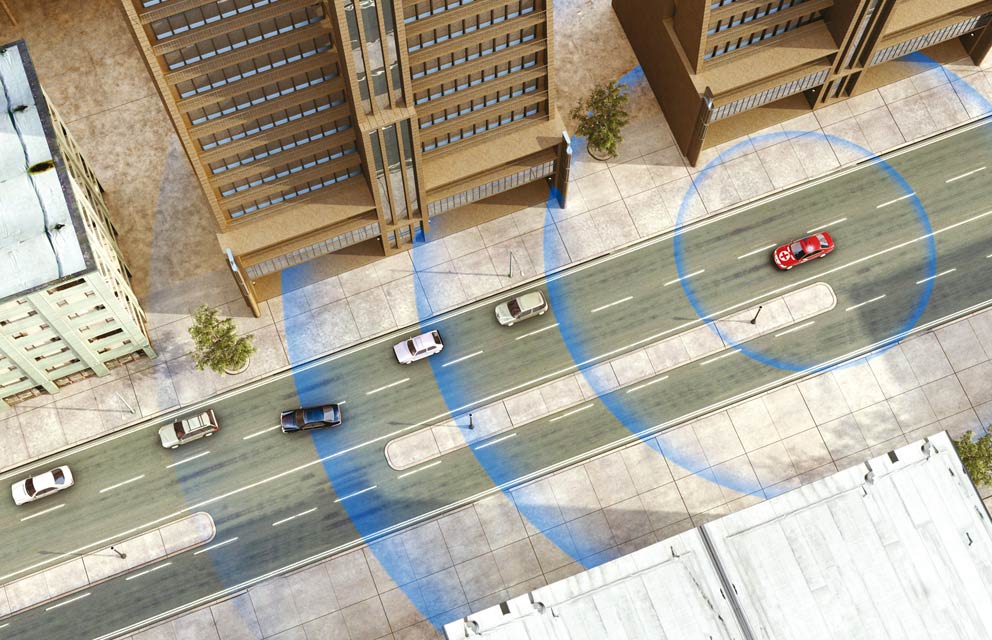 A major threat? An increasing number of cities collect transport data, but are increasingly allowing large corporations such as Google and IBM to control the data. Photo © Daimler 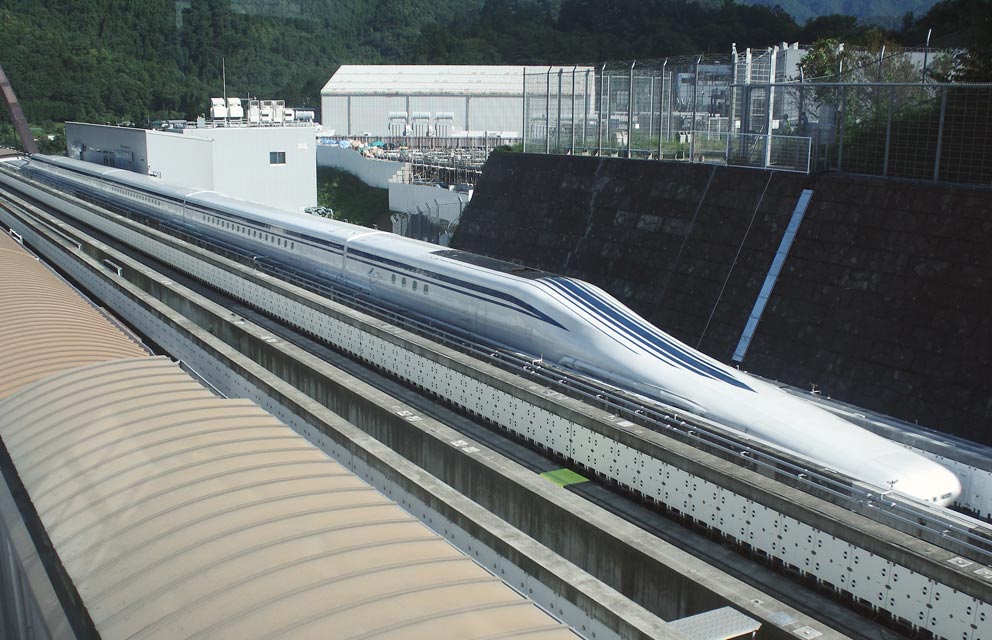 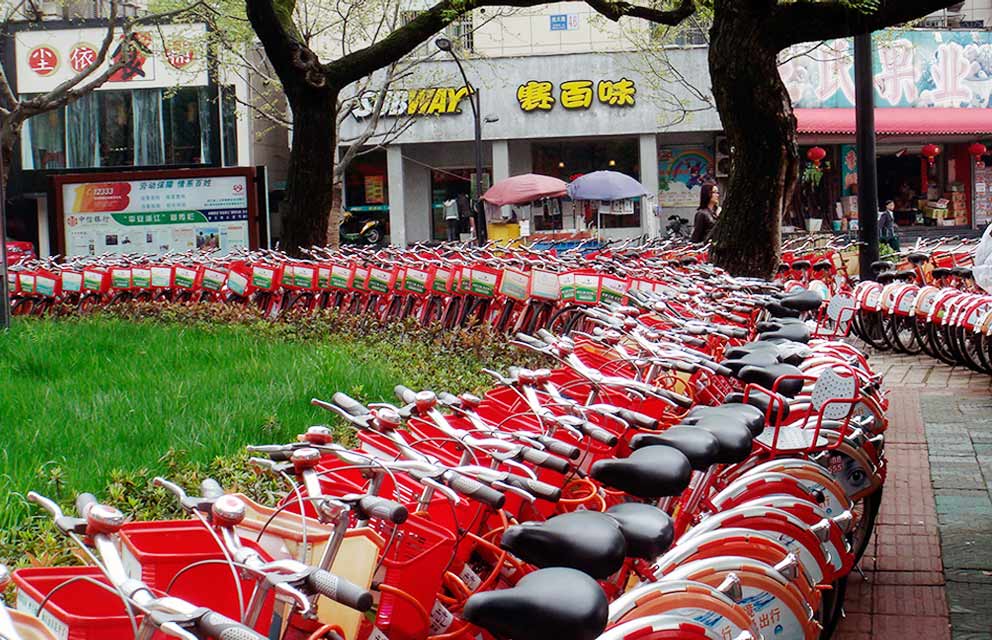 Biking against smog: In Chinese megacities bikesharings-programs are evolving, but will not fit with the growing length of the commuting distance. Photo © ITDP – transportphoto.net 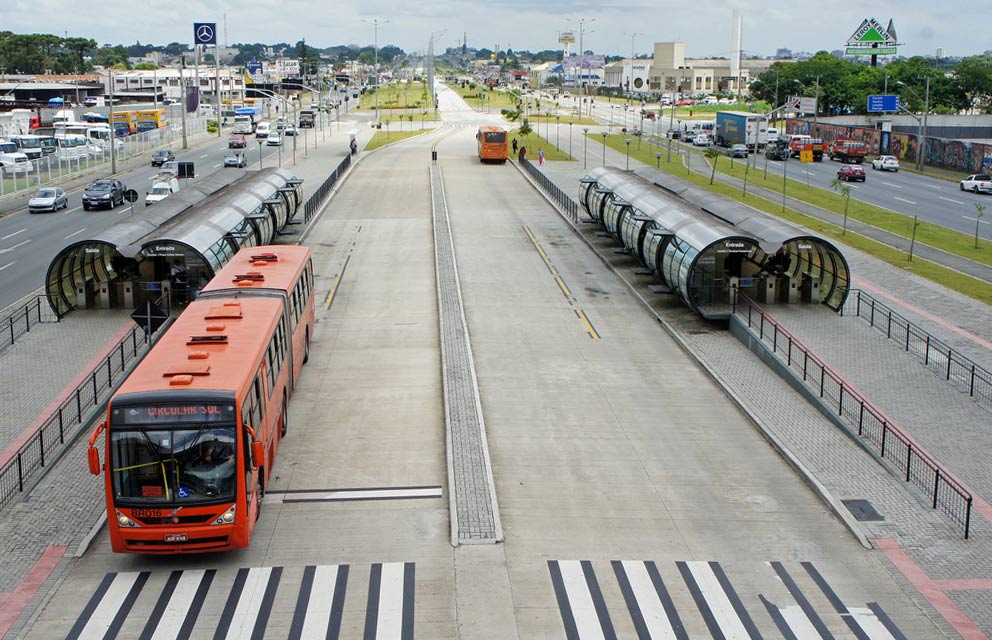 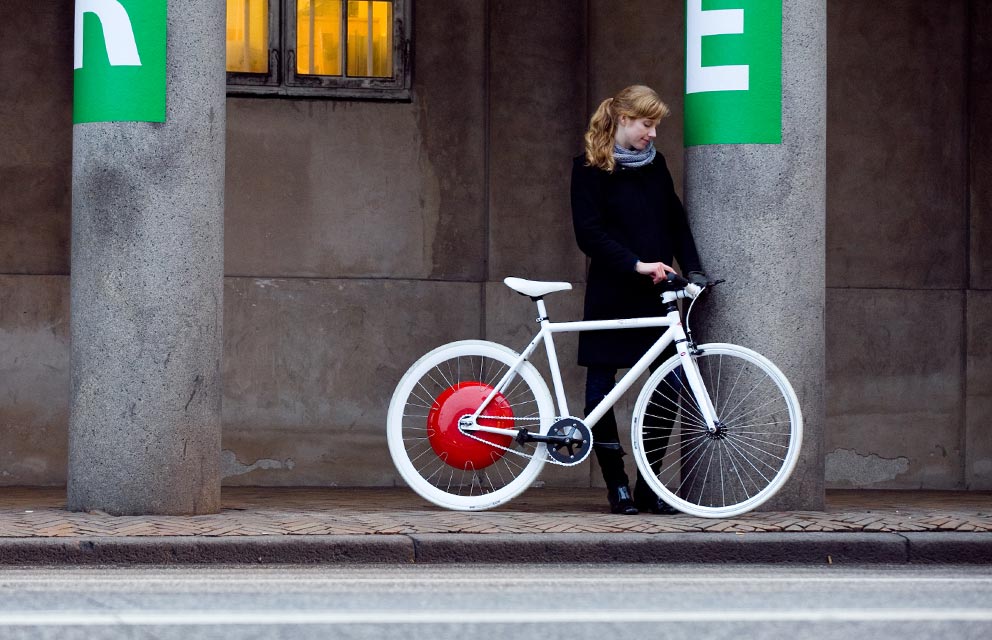 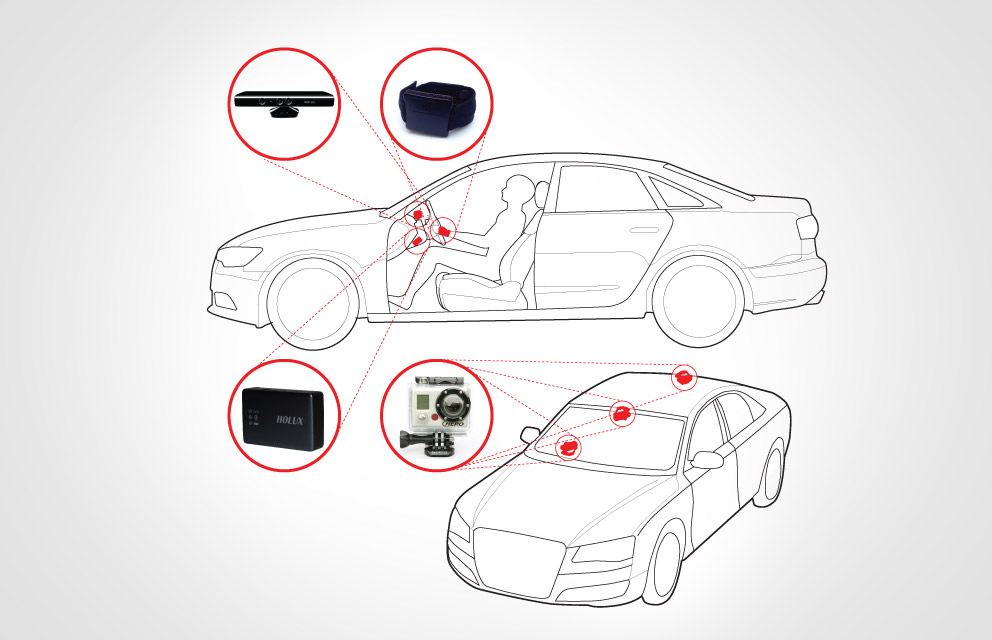 In future, so Assaf Biderman of MIT’s “SENSable City Lab”, we will even be able to measure the frustration of drivers. Photo © MIT Senseable City Lab 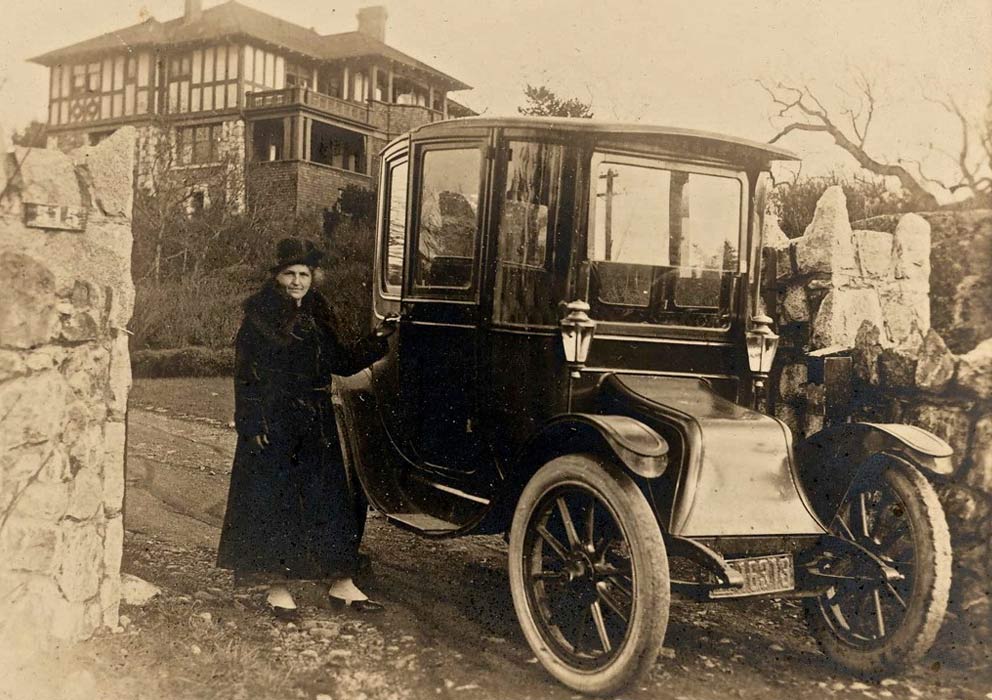 Old ideas fall on fertile ground: electric cars dating from 1914 only win the day if they are also the better systems. Photo © Wikipedia
Advertisement