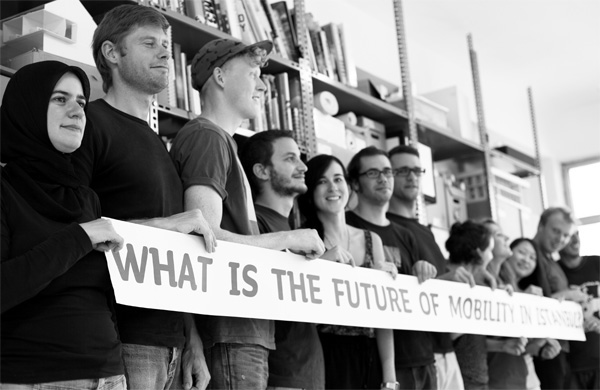 Is Istanbul a mega city that is beyond planning? How can citizens contribute to an improved transportation infrastructure?

Superpool: As many critical discussions point out, planning of mega cities in the traditional sense is obsolete. Big cities do not simply wait for a masterplan to be drafted - it takes too long – and a lot happens in the meanwhile. We have observed this with the current masterplan for Istanbul – it was outdated before being released. That means that we are still in need of tools that can help better the condition of life in these sprawling cities, and we need to be clever in inventing them. Our proposal for the Audi Urban Future Award 2012 tackles traffic and urban public space. We propose a tool or an online platform called "PARK". On one hand, PARK is a planning tool that helps you organize your schedule on a city map, where you can see what types of transportation are available for the routes you are interested in. At the same time, PARK encourages you to be efficient by giving you more points if you choose shared transportations. As research suggests, one shared car can take as much as 20 cars off the streets. The points you earn can be utilized to reserve the space in your neighborhood that has been freed from parked cars. This is important because in a city like Istanbul that has only 3 m2 of active green space per capita - well below the World Health Organizations recommendation of 15 m2 - every square meter we can claim back for urban life counts.

What could be the impact of citizens, craftspeople and small firms being involved more in decision-making processes? How can we make for more democracy?

Superpool: It is important in big cities that people have a sense of ownership. It is very easy to be alienated and feel powerless. We believe, owning a city starts from being able to use the street in front of your home, in your neighborhood. And to be able to use it, you would need to make decisions about it. With PARK, you will be able to make proposals for how you would like your streets. If you would like to have a street party, you could convince your neighbors, and decide to close the street for an afternoon. The freeing and re-using urban space now cluttered with an endless mass of parked cars, we believe, will improve the basis upon which society can create stronger and better ties, thus enabling them to exchange more ideas, make more decisions together, and create a better future.

Will individual urban areas and districts develop differently from one another? How could that conceivably work?

Superpool: Istanbul is already a city of contrasts and differences. Traditionally, different trades would dominate the character of the neighborhoods. For instance leather, fabric, lighting or hardware districts would coexists with residential and recreational functions that support them. These mixes had a profound effect on the life and character of the neighborhoods as well as the make-up of the entire city. Today, mixed-use neighborhoods still create a vibrant and active city. However, there are many ‘master planned’ or top-down decisions that also create segregation. Gated communities, big residential developments, industrial parks, university campuses are being built as independent islands. However, part of the strength of Istanbul is the bottom-up planning, where people make decisions on how to live and give character to their surroundings. Of course, there has to be a healthy balance. By giving bottom-up decision-making a visible platform with PARK, our intention is to give informal parameters to work with and allow persons to make a difference in their surroundings. 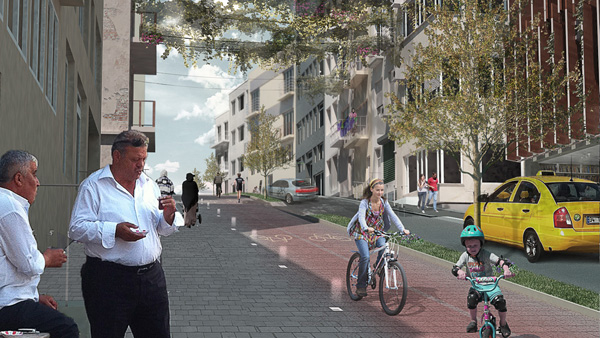 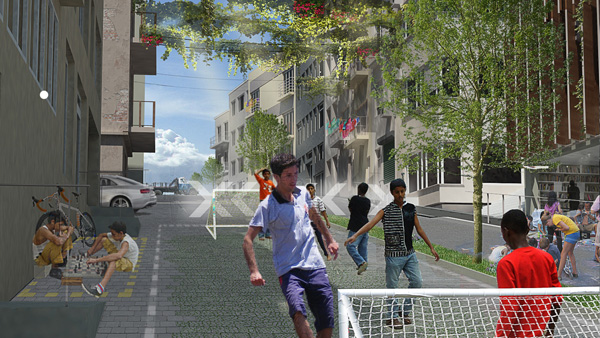