Rei Kawakubo is designing for Fred Perry. Issey Miyake for Dyson. Yohji Yahmamoto for Mandarina Duck. Onitsuka Tiger is cooperating with Mini. When it comes to design marketing, nothing appears to have been more popular in recent years than - wait for it, marketing term ... co-branding or even better: co-branding Western and Asian brands. Not just in fusion cooking but in design as well, the focus has squarely been on combining similar values and exciting contrasts to tickle the taste-buds and boost profits. Two companies recently joined forces on such a project, and although at first glance they would appear to have little in common there were clear reasons behind the alliance: The traditional German furniture maker and prime example of early industrial design, Thonet, and the Japanese trading company, Muji, prime example of Asian simplicity and intelligent global marketing. At the Tokyo Design Week, “Muji manufactured by Thonet” presented a collection of tubular-steel and bentwood furniture in which Thonet classics were reinterpreted, rejuvenated and simplified. A fusion of cultures and values which simply begs for a few catchy expressions such as “East meets West”. “Brand meets myth” for example, or “Young meets old”, “Past meets present”, “Sushi meets Sauerkraut” or “No-name meets design star”.

It comes as a surprise that Muji would deviate from its course of not naming the famous designers of its products. This was always part of the retailer’s credible strategy, after all, its name is associated with “no brand, good products”. The question as to which objects are designed by Naoto Fukasawa and whether Konstantin Grcic designed the hexagonal felt-pen or not has been one of the most popular design connoisseur games of recent years. The no-name principle was also a pleasantly willful contrast to the omnipresent practice of design star labeling which often distracts from the actual product quality. After all, the hexagonal felt-pen is a piece of wonderful everyday design even if not designed by Gricic. But now no-brand Muji is cooperating with the traditional brand Thonet. And as long as you are decorating yourself with the brand name of another company you may as well name the designers. After all, reinterpreting classics demands well-known names to legitimize it.

James Irvine, who is responsible for many of Thonet’s designs and who works as their creative director has dared to tackle the project with the world famous cafe chair “No. 14”, the erstwhile world success which celebrates its 150th birthday in 2009. In his design, Irvine closed the curved backrest with a narrow, horizontal crossbeam which at first looks like an all-too-pragmatic response to our times, like a blindfold tied around an icon. If the chair is placed next to the table which was designed together with it, this crossbeam merges optically with the table top leaving only the line of the bent wood throughout, as if one wanted to demonstrate the beauty of bent wood technology in a prime example. Konstantin Grcic on the other hand adopted the Thonet 1920s tubular steel furniture classics and re-intepreted the designs of Mart Stam amd Marcel Breuer with the competent interventions he is known for. His tubular steel cantilever chair with its continuous wavy seating shell is conspicuously reminiscent of Alvar Aalto’s Paimio furniture. Grcic also developed a matching side table and a desk.

Thonet intends to continue rejuvenating its program with this cooperation, launched with the 404 Collection by Stefan Diez. Indeed an Asian-style, pragmatic simplicity which also characterizes many Muji products is discernible. The cooperation would have been more credible, however, had Asian designers also participated. Thonet certainly did not require Muji to bring its own classics up to date and to let Irving and Grcic play confidently with the design icons. In stead of letting the more than thousand year old influence of Japanese culture swagger over western-style living Thonet manager Roland Ohnacker candidly admits that the cooperation is largely about finding a new marketing route, to “facilitate entry into the Thonet brand for 18-35-year-olds.” Perhaps in order to avoid people asking whether the collection might more aptly be called “Thonet distributed by Muji” he also pointed out that “the marketing efforts for our own high-quality furniture will remain completely unaffected by the cooperation with Muji.” And so apart from the theme of “Asian simplicity meets Western classics” which formally signifies the cooperation it was above all the theme “traditional brand meets new marketing channel” which counted when choosing a partner. And if you would like to see it completely from a marketing point of view, “revitalized, cheaper European classics meet young design-oriented and Asia-loving, metropolitan shoppers.”

Furniture from the “Muji manufactured by Thonet“ collection will be available in selected Muji shops from Spring 2009. 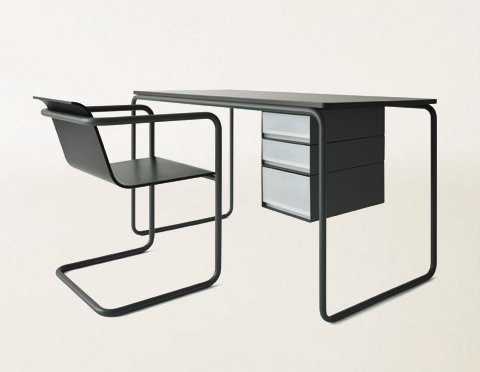 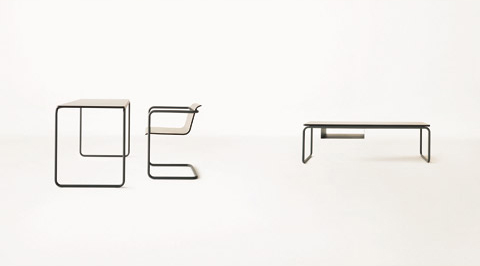 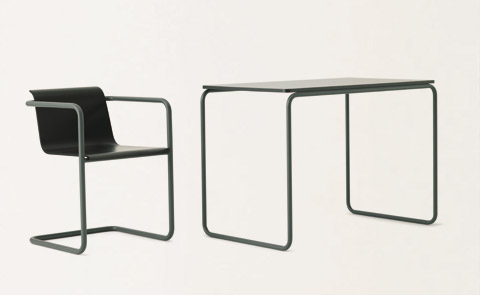 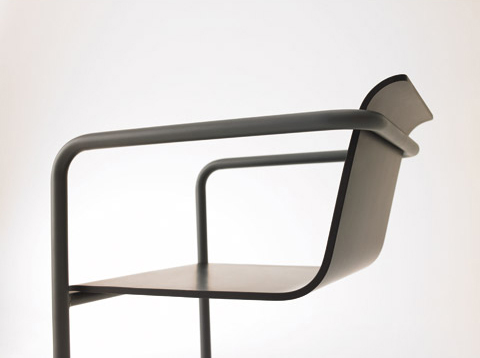