Monika Hary and Michael Haberbosch are new in Munich. They moved here just recently – from Ireland to the Isar, where they now live on the third floor of a typical period building on Sendlinger Street, in the heart of the city center. Their apartment stretches from the front of the building into the side wing; a series of spacious rooms with high ceilings and parquet flooring. From the window, you look down onto a tranquil, green rear courtyard. Yet it is in fact not the prime location that makes their new dwelling so special, for Monika Hary and Michael Haberbosch live in a "Vitsœ Apartment". From floor to ceiling, their life there revolves around the "606 Universal Shelving System" by Dieter Rams, Vitsœ's only product. Their Munich apartment serves as a kind of show apartment, a show piece that displays the endless possibilities offered by this classic in home furnishing, made in London.

E-Tracks, powder-coated shelves made of folded sheet metal – they come in two lengths and four depths. The "606" modular storage components are straightforward and offer infinite variations in terms of function, whether you use them as wall shelving, a room divider, a CD rack, or as cupboards. As soon as you set foot in the door of Monika und Michael's apartment on Sendlinger Street, the first thing you notice is a gray-white wall shelving unit full of drawers and boxes – a kind of sideboard, as it may be described in today's furniture catalogs – at the center of which is a glass 'Snow White' coffin. The coat rack consists of a "606" shelving unit with a hanging rail and a hat rack. The wall divider in the hallway is a floor-to-ceiling "606" in its free-standing variation holding their CD collection. In the bathroom, towels and toiletries are hidden behind the flaps and in the boxes that make up a black "606". Gray-white shelves display cutlery and glasses in the kitchen and even the cupboards are "606", of course. In the bedroom the shelving system is transformed into an open wardrobe, in the office the characteristic "606" E-Tracks, used to mount the system on the wall, disappear behind endless rows of books, from which two desks jut out into the room. It is from this hub that Michael Haberbosch and Monika Hary work for Vitsœ as consultants, advising their customers of the infinite possibilities that await them together with their new "606" system.

It is not so long ago that the British company expanded its operations to Germany, where it now sells the sixth design in Dieter Rams' 1960 series – from the North Sea to the River Isar. Vitsœ is not just any name, but a name with a history. Dane Nils Wiese Vitsœ founded his company together with Otto Zapf in Kronberg, Hessen in 1960. The "606" shelving system has always formed the focal point of the Dieter Rams furniture collection, produced by the company, which was based in Germany at the time. Following the company's insolvency in the 1990s, sdr+ continued to manufacture and sell the shelving system in Germany. Vitsœ UK however, which was founded as an independent company by Mark Adams in 1986, operated with great success on the international market – well, everywhere but Germany. Now Dieter Rams has granted the British company, which exclusively sells the "606" shelving system, a license to operate in Germany, too. This also means that as of the end of next year sdr+ will lose an important product.

Quite a lot of fuss over a license for furniture, which to top it all off is also available on the Italian market from De Padova in an aluminum version. But Dieter Rams' shelving system is not just a plain, boring shelving unit. It is a classic among shelving systems – a long-standing feature of the permanent collection at the Museum of Modern Art, timeless, versatile and variable like no other. For over 50 years, Rams' shelves and E-tracks have been subject to continuous tests and improvements, making their sober functionality and design as relevant as ever. The classic design still holds its ground with its clear, intelligent concept and diverse applications. "Longevity is always a sign of quality," says Michael Haberbosch, his statement referring to the design world as a whole.

"We had a meeting with Dieter Rams every Monday evening; it often went on until midnight." Michael Haberbosch remembers his time at Vitsœ in Frankfurt and all the meetings in which for years all the product details were discussed. The design connoisseur and furniture retailer sold his first Vitsœ shelving unit in 1968; he then went on to meet Monika Hary, who was Niels Wiese Vitsœ's assistant at the time. After taking a sabbatical together to spend a few months traveling through Europe in their VW bus, in 1996 they came back to Dieter Rams' shelving system. But this time not in Germany, but in Ireland. "The Irish were delighted by the system's functionality and neutrality. By the openness – raised off the ground, with no sides," recalls Monika Hary. They had already lived in a "Vitsœ apartment" once in Frankfurt. It may not have officially held this title but it was nevertheless kitted out from floor to ceiling with the "606". Their apartment on Sendlinger Street in Munich has now become the "606" show apartment, where customers can explore the diverse possibilities for the use of "606" at home and in the office. Vitsœ could not wish for more experienced advisors than Monika Hary and Michael Haberbosch. For both of them, Munich is another stage in their life together, where new adventures await them: "We wanted to see what comes our way in this new place," they happily explain. "We do it out of principle." 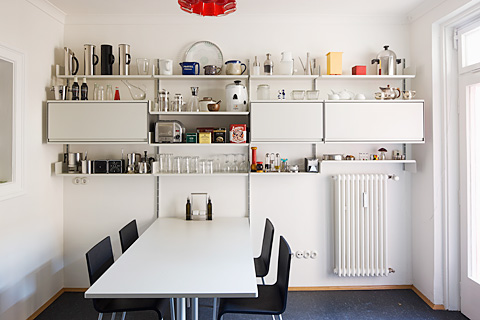 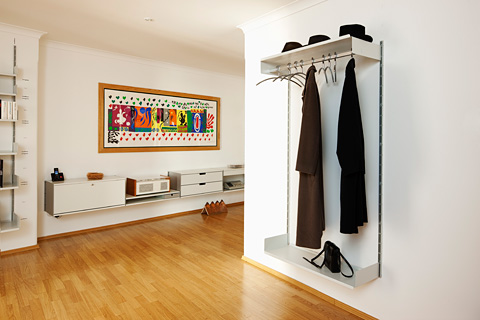 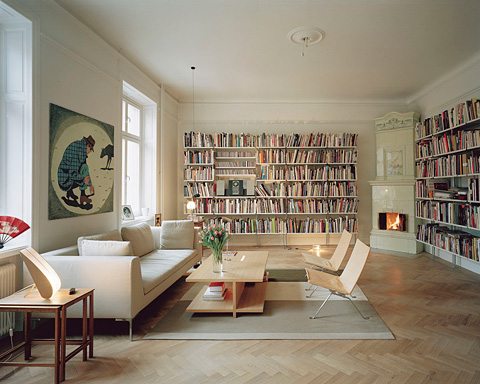 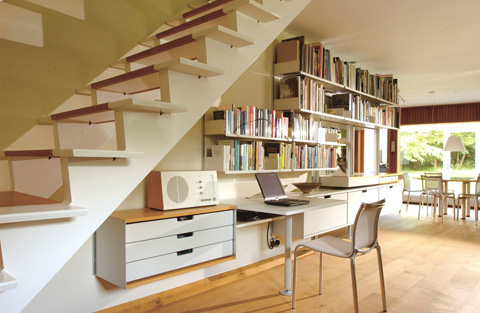 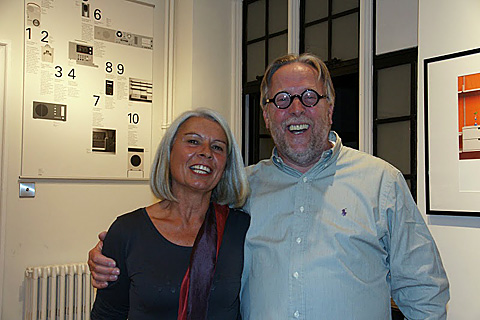 The inhabitents of the Vitsœ Apartment: Monika Hary and Michael Haberbosch 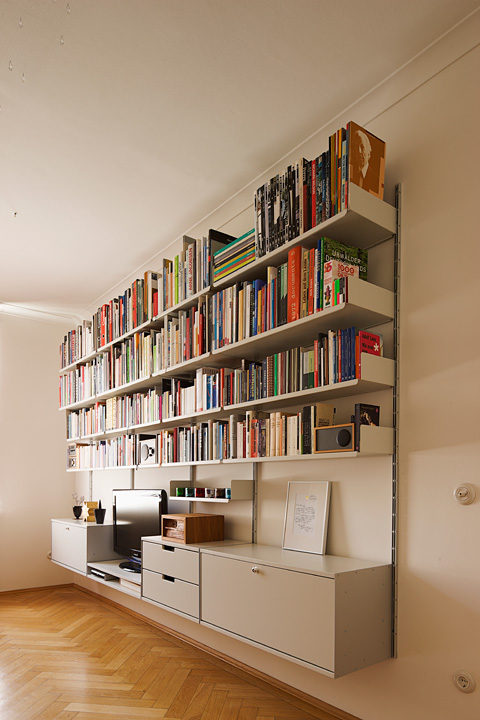 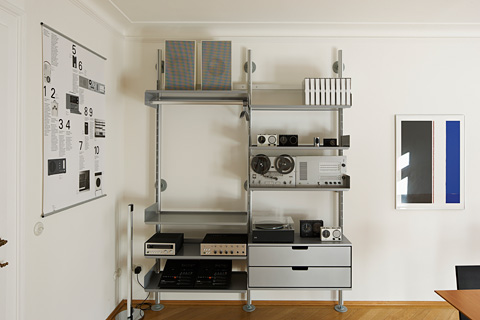 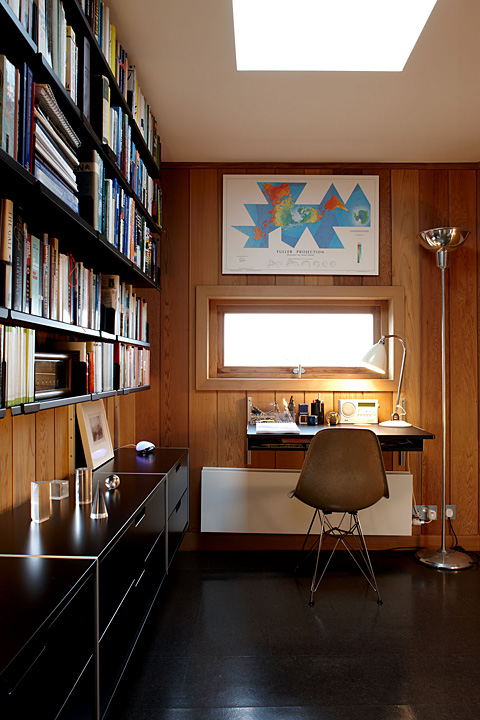 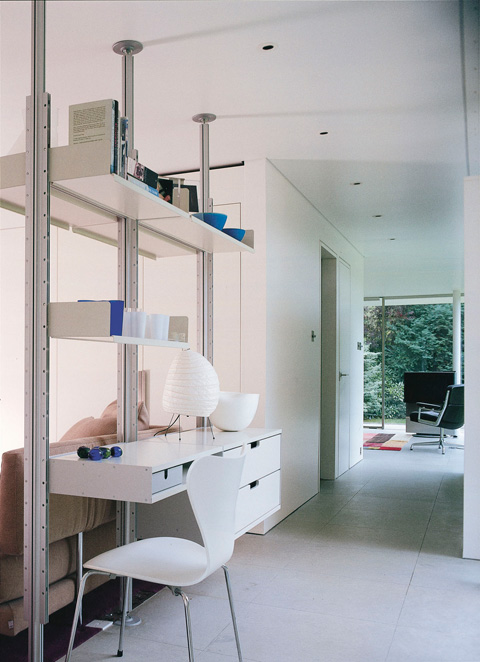 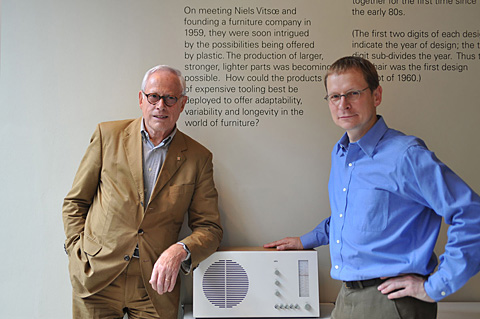 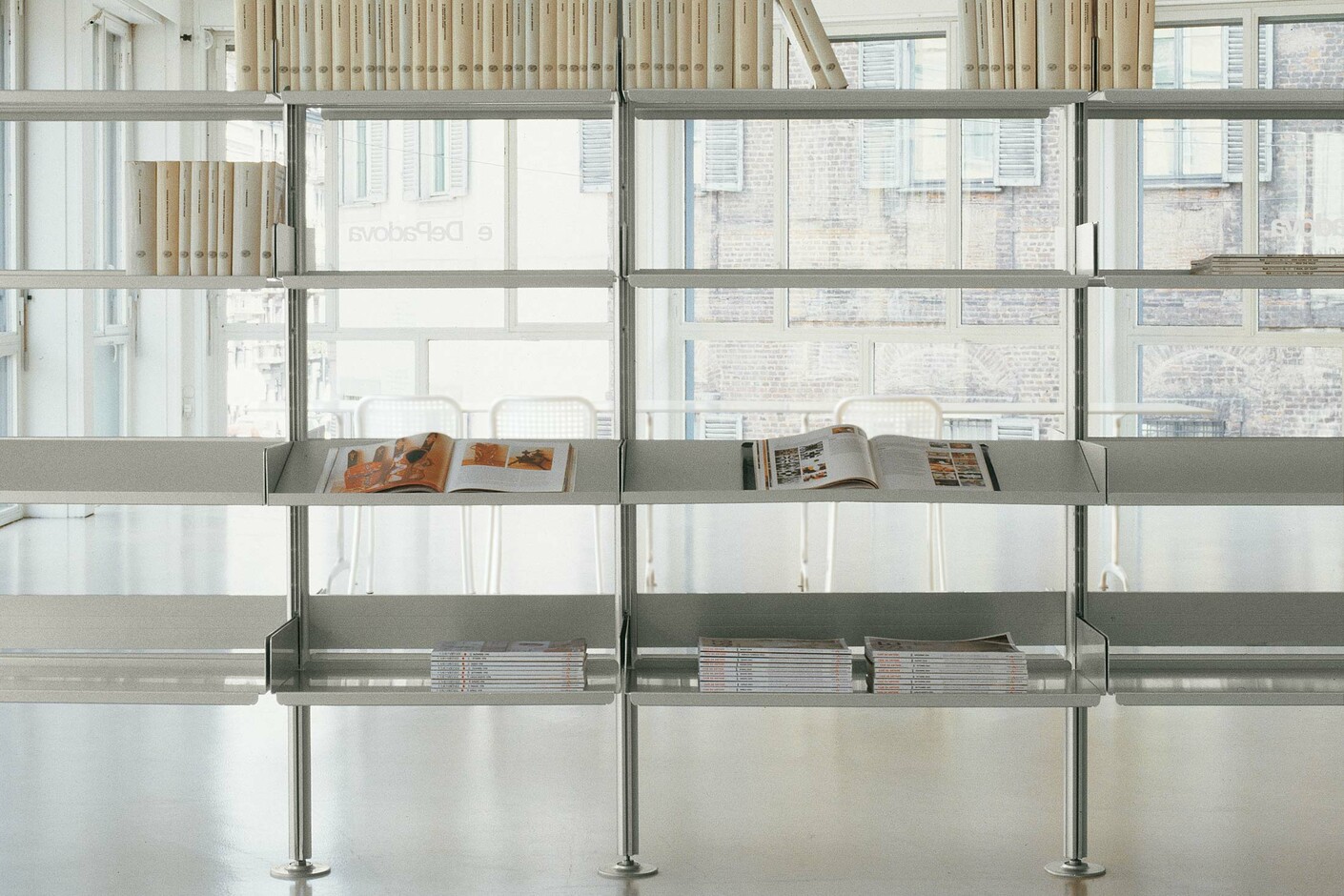