Recently at the museum. On his way through what is Germany's largest design collection, a young man is passing by a softly gleaming standalone wall. Out of the blue, it begins to respond by turning bright in places. Startled, the young man perceives the light from the corner of his eyes, then stops and approaches the wall - which now begins to interact even more vividly: Flashing up, it mimics the man's movements across the way in luminous reflections. With the joy and fascination of a toddler who has for the first time discovered a sense of self by gazing at his image in a mirror, the man begins to pull faces. The wave-like zones of light - a mosaic composed of rows of squares - are quick to respond to his actions and fade again as soon as the man stops.

What at first glance may seem nothing more than playful decoration does in fact have the potential to influence our future ways of life very soon. The experimental OLED installation created by art and design collective rAndom International for Philips Lumiblade is far more than just a techy, cutting-edge lamp design complete with a whimsical reflection of the self. Showcased at Milan Furniture Fair for the first time last April, the gleaming Lumiblade squares now demonstrate in Munich just what they can do. "You can't engage in dialog even with the hottest lamp design the way you can with this installation," says Florian Hufnagl, Director of the Neue Sammlung. "No doubt this is the way forward - so why are we sad to see the old light bulb go?" he ponders.

So what is all the hype about this new innovation? Why does a technological invention get to be exhibited in a museum even before it is given a chance to conquer our everyday lives? Now that is unusual. But it is more than justified. To put it in a nutshell: The OLED installation by rAndom International it a show piece to illustrate what can already be done - and what will be possible in the future. Taking a look behind the wall composed of 900 glossy Lumiblade OLED modules, we discover but a single small camera that is installed in the center of the surface. "It only detects movements which are then measured and transformed into light - or shadow, as an alternative option," explains Stefanie Greca, Head of Special Projects at Die Neue Sammlung. "The opportunity to design personalized surfaces tailor-made to the needs of individual people is what's setting the trend right now," Hufnagl summarizes. Does this pave the way for interactive light panels soon to appear in bathrooms, on pieces of furniture and mirrors as well as the rest of the house? It would certainly seem so.

And even if this article is devoted to a truly illuminating dialog, the question remains: What is the advantage of OLED over LED? The answer is clear: While LEDs are made of inorganic crystals, organic light-emitting diodes (OLEDs) use organic hydrocarbons as semiconductors. But there are also parallels: OLEDs are considered to be equally effective, durable and energy-efficient and, by virtue of using organic compounds, they have the added benefit of being sustainable. Moreover, given the low level of heat they emanate, they can be combined with a wide range of plastics. Giving off a light that is bright-warm, diffused and spread-out, OLEDs have revolutionized the way in which light is distributed. By contrast, LEDs produce sharply focused, accentuated spots or beams of light. What is more: The extremely thin layers in combination with glass makes OLEDs interesting for the massive market for (ad) displays. In the near future, even windows will be able to function as light sources during the night. Aside from this, current research is devoted to the use of curved and flexible mounting surfaces - providing are endless application options including luminous wallpaper and curtains as well as foldable screens.

By now, the light issue is even being addressed in the Federal Ministry of Education and Research: Does the future belong to OLEDs? The fact is: LED and OLED complement each other well and thus form a new class of digital light sources. While light bulbs are only 5 percent efficient, OLEDs boast an impressive fifty to sixty percent efficiency. As early as in January 2009, Japanese company Sony launched its "Sony XEL-1" model on the market - the first ever OLED television. The price: a whopping EUR 4,300! Be this as it may. More importantly, the installation "You fade to light" and industrial high-tech gadgets are definite proof that a new lighting era is dawning. 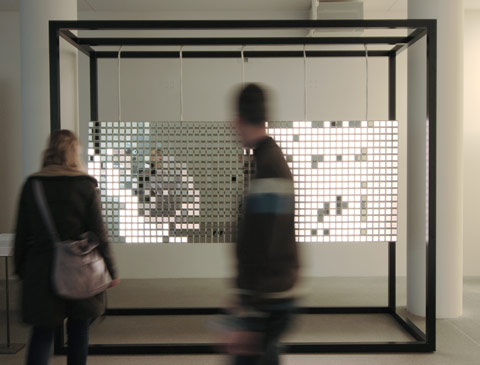 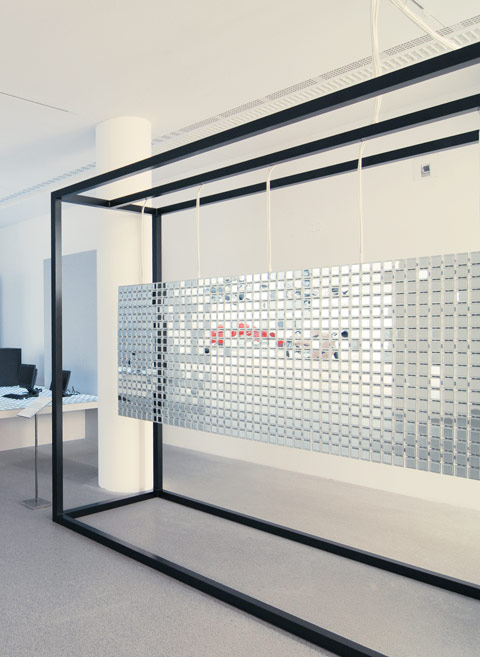 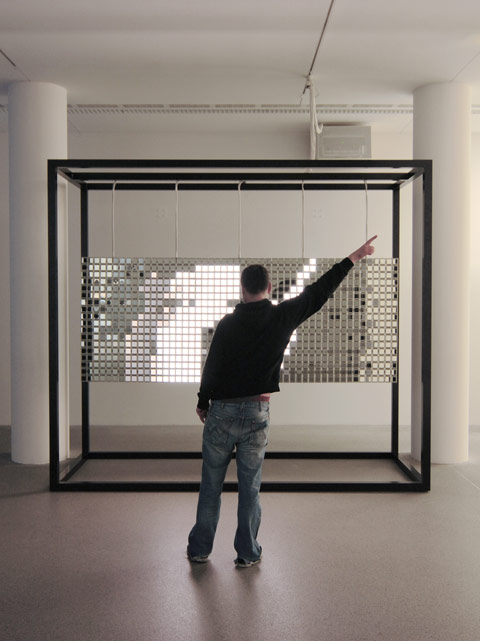