The name Charlotte Perriand is often mentioned in the same breath as Le Corbusier and Pierre Jeanneret. Anyone who knows a thing or two about design will immediately think of the trio's joint furniture designs, such as "Fauteuil à grand comfort", "Siège tournant" and "Chaise longue à réglage continu". However, we would not do justice to Perriand's comprehensive oeuvre if we simply reduced her achievements as a designer to steel furniture. The exhibition "Charlotte Perriand - designer, photographer, activist" now being held at the Museum of Design in Zurich features some of lesser-known photographs and graphic art works.

During the preparation of the exhibition, the curators Andres Janser and Arthur Rüegg were granted unlimited access to Charlotte Perriand's photo archive. Here, they discovered numerous pictures used by Perriand in the 1930s as a basis for collages measuring several meters tall. Thanks to these finds, it was possible to reconstruct some of the collages on a one-to-one scale. They are currently on display in Zurich. Aside from showing these works, the exhibition provides the long-overdue opportunity of getting to know Perriand not only as a trailblazing pioneer in modern furniture and interior design, but also as the politically and socially engaged woman she was.

Charlotte Perriand studied interior design at Union Centrale des Arts Décoratifs in Paris. On the occasion of the "Salon d´automne" exhibition in 1927 she received major attention for her design of a bar exclusively made of copper and aluminum. In the same year, she began to work with Le Corbusier and Pierre Jeanneret - a collaboration that should last many years. During this time, she specialized in furniture and interior design. Her political involvement began in 1931, when she joined the Association of Revolutionary Artists and Writers, members of which also included André Breton and André Malraux. However, she distanced herself from the association again at the beginning of the 1940s. From 1940 to 1942, she was in Japan where she explored handicrafts as a renewal of tradition. At the same time, she curated the exhibition "Sélection, tradition, creation" in Tokyo and Osaka. She returned to France via Indochina in 1946. From 1952 to 1953, she collaborated with Jean Prouvé. During this time, she created the colorful shelf "Bibliothèque pour la maison de Mexique", to name but one example. Even though Perriand continued to work as a designer and architect, she was less in the public eye in the following years. In 1985, Centre Pompidou in Paris organized the first retrospective of her oeuvre.

Charlotte Perriand's joining the Association of Revolutionary Artists and Writers reflected her belief that it was necessary to fight for a better future. Not only did she strive for new forms in design, but she also sought to improve social conditions through design and architecture. She did all this in light of the world's economic crisis as well as the election victory of the socialist and communist party "People's Front" under Prime Minister Léon Blum, which was in power in France from 1936 to 1938. Following in the tradition of the Russian agitprop, a politically motivated kind of avant-garde art, Perriand, at times together with Fernand Léger, used large collages superimposed with writing as a medium to convey her political and social messages. Maps, diagrams and statistics provided the necessary facts. She found her motifs in agriculture, industry, cityscapes, transport and sport, playing with the depiction of opposites. She would often work with bright colors to increase the effect of her collages when seen from a distance and preferred to show her works spanning several square meters at exhibitions in order to reach a wide audience.

Charlotte Perriand created her most comprehensive collages for Minister of Agriculture Georges Monnet who initially commissioned her to design the waiting room of his ministerial building in 1936. Perriand transformed the room into an "Office of Wheat", at least according to the exhibition title. She pasted photo collages on the walls of the 18th-century hall that had previously been decorated with gold-plated stucco. On the two longer walls, she contrasted the tough conditions prevailing in traditional agriculture with the blessings of modern infrastructure, while one of the shorter walls displays illustrations of the progress people expected from agricultural reform. Charlotte Perriand thus broke, in a prominent place, with the bourgeois idea of state representation and replaced it with posters that conveyed revolutionary messages.

It seems that Georges Monnet was pleased with Charlotte Perriand's work for he commissioned her with another major piece the following year. Moreover, she was given the opportunity to design the pavilion of the Ministry of Agriculture at the World Expo in Paris. Near Porte Mailot, a star-shaped grid structure made of wood and tubular steel measuring 40 meters in diameter and 8 meters tall was created outside. 18 panels were designed in total. The left-hand side prominently features a collage with snippets of black-and-white photographs set against a yellow background, while the center of the image depicts a rooster's head. Next to it as well as behind it, a young shepherd is minding a flock of sheep. The collage to the right of the entrance also features pieces of black-and-white photographs, however, this time they are displayed on a red background. The center of the image shows the hands of a worker using a machine. Behind it, there are five factory chimneys and two clouds. Above the panels there is relief-like lettering which conjures up an image of France as an agricultural nation: "La France pays agricole". At nighttime, a revolving spotlight illuminated the installation so as to make the collages visible from afar even in the dark.

Today, industrial designers and architects might wonder how Charlotte Perriand's social commitment during the 1930s may have influenced her product designs. In a model apartment for a young man designed on the occasion of the 1935 World Expo in Brussels, Perriand contrasted the "Siège tournant" made of tubular steel with the armchair "Fauteuil en bois paillé", which consisted of solid wood and featured a woven seat and backrest. It makes reference to Perriand's interest in natural forms as well as the art produced by autodidacts in the sense of Art Brut. One year later, Perriand presented a living room for small budgets with her "Salon des arts ménagers", which contained new designs of a foldable tubular steel chair with removable cushions. It was produced by Thonet for some time. The fact that the tubular steel was not chromium-plated but instead featured a matt surface shows the modest and restrained effect desired by Perriand.

With its current exhibition, the Museum of Design paints a clear picture of Charlotte Perriand's social and political activism. As illustrated in documentary photographs, some of her reconstructed collages, such as "La grande misère de Paris", are arranged in relation to one another, as in the original exhibitions. A smaller scale model gives a spatial impression of the agriculture pavilion as it was displayed at the Paris World Expo. The collages are juxtaposed with photographs, furniture designs and objets trouvés, enabling viewers to put the former into context. Even if the collages may have been influenced by the 1930s socialist-communist climate in France - independent of political observations - a strong impression of Charlotte Perriand's commitment to common interests nonetheless remains. She was not only interested in daily events, but put social discourses at the heart of her creative work, thus demonstrating the potential of design and architecture as driving forces in society. 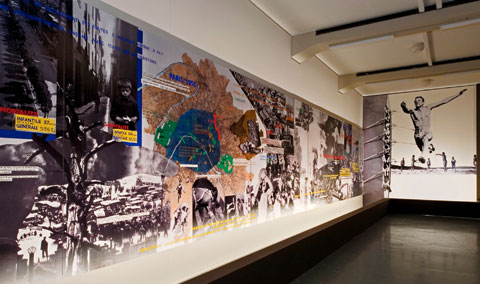 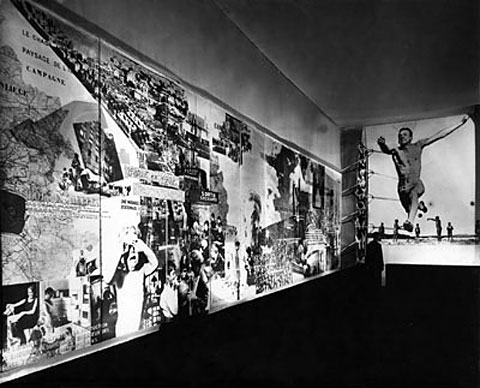 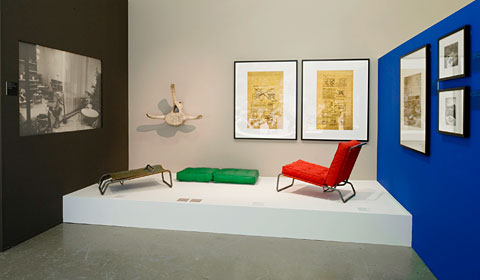 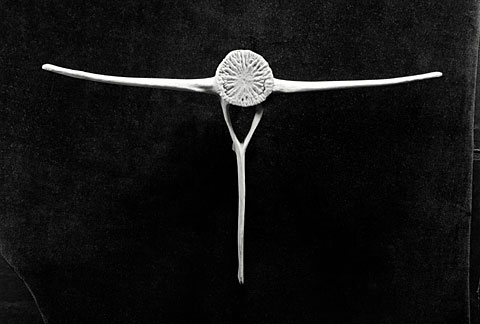 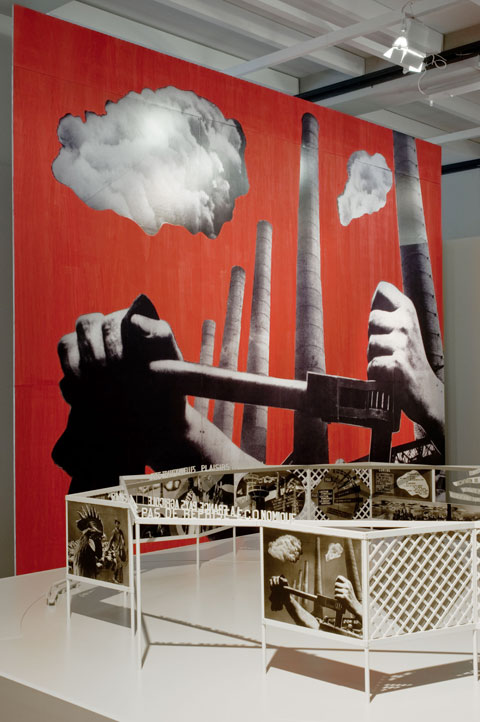 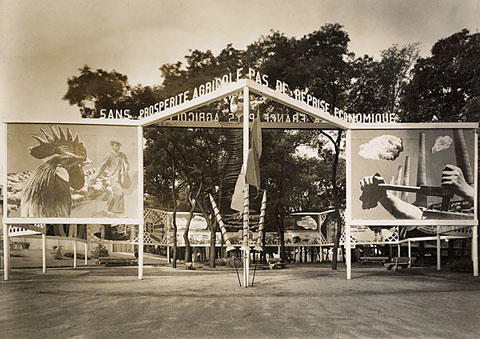 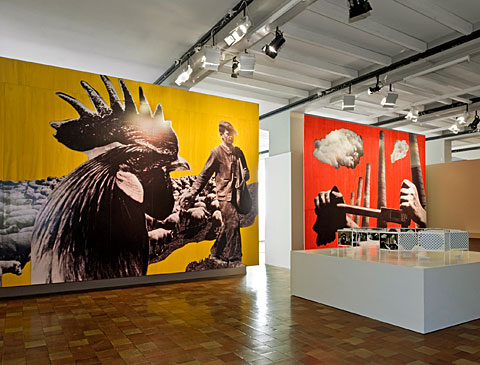 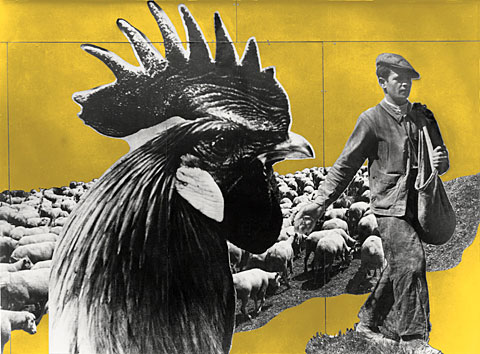 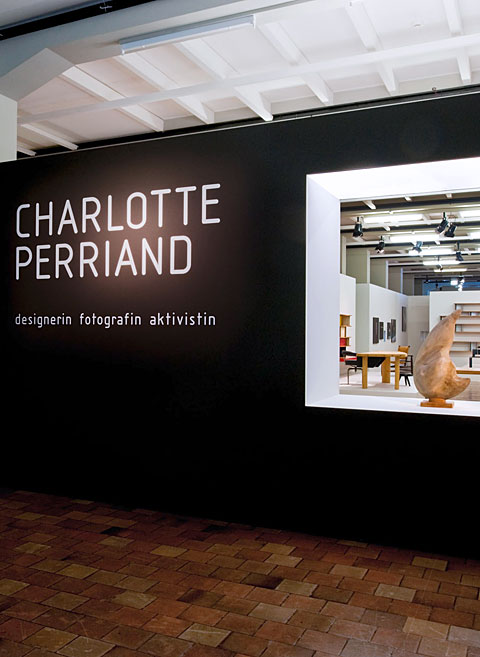 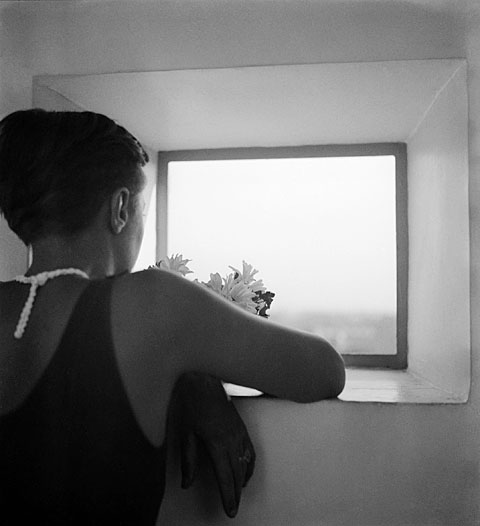