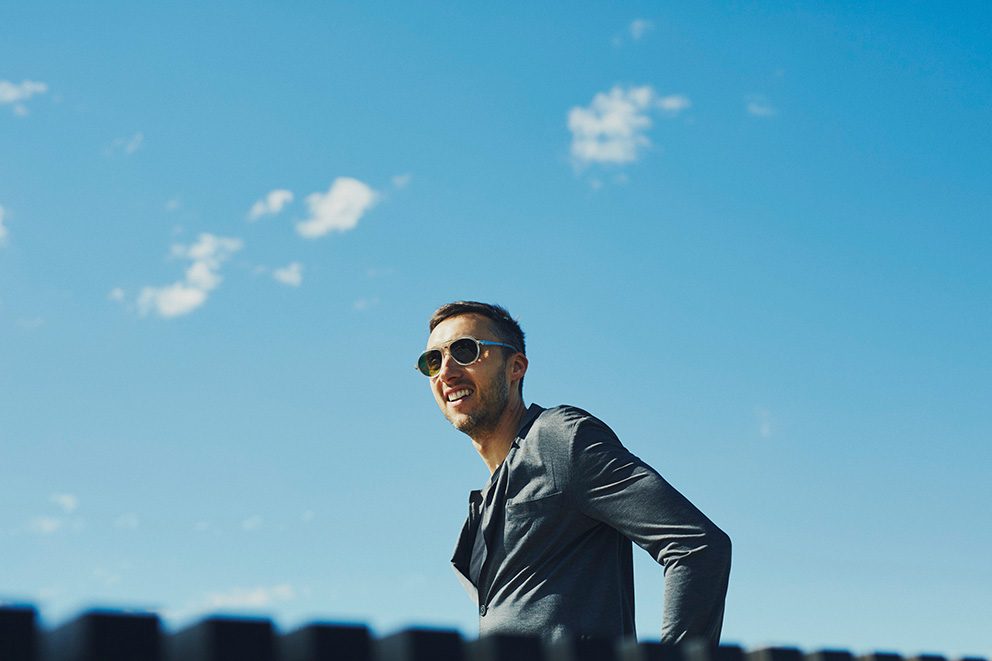 Downtown Munich, end of July, the sun has turned the already warm summer air into a cauldron. A bright day with an expansive view. Stefan F. Höglmaier, founder of Euroboden, sits in a niche clad in stone-pine paneling in the penthouse of his cubed bunker of a building. The glass sliding door is wide open, and in wafts a breeze with touches of the woody scents of Munich’s famed English Garden – refreshing at least the mind. “Here’s the best place to work,” exclaims Höglmaier joyfully, and beckons me over to the large table that as good as fills the entire niche. He takes an hour’s break from the shooting for the film for his new project with David Adjaye. He wears an unconventional jacket with a T-shirt underneath, reflecting Mykita shades – and the image is not necessarily what you would associate with your typical construction developer. His look is not just his personal statement on courage in fashion matters, but also has a touch of the programmatic about it. And this view seems obvious, as Höglmaier’s choice of clothes is the first sign of how much Euroboden is driven by free-thinkers. Or, to put it differently: Anyone wanting to understand Euroboden needs to meet Stefan F. Höglmaier first.

The multi-storey bunker on Munich’s Ungererstrasse is the only one of its kind to combine a sensitive approach to a cultural heritage object and use of daylight across all storeys.
Photo © hiepler, brünier for Euroboden

Höglmaier discovered his passion for architecture at an early date, pointed out special façades to his mother when wandering about town holding her hand, and each weekend devoured the property section of the main local newspaper. After finishing high school, he worked for five years in the real-estate business before then taking the plunge: At the tender age of only 24 Höglmaier founded the Euroboden corporation, as the first architecture brand in the construction development business. He started by modernizing apartment blocks in Haidhausen, “some of them still had the toilets outside, imagine that,” and gradually dared to tackle larger projects. Today, 16 years after he founded Euroboden, the self-made man can proudly look back on a string of successes. And in June of last year Höglmaier himself moved into one of his major triumphs to date. Euroboden got its hands on an above-ground bunker, which it subsequently modernized and converted. The repelling block had dominated the Munich cityscape ever since it was built during the days of the Third Reich. Following its successful make-over, the complex today constitutes a landmark for the entire quarter – and Höglmaier’s ultimate showpiece. The building is emblematic of much that sets Euroboden apart from other developers. The company, which manages the entire value-added chain from project development to building realization to marketing, has two clear distinguishing features: First, its ability to elaborate powerful visions and, second, the enormous pleasure the staff take in engaging in audacious ventures. 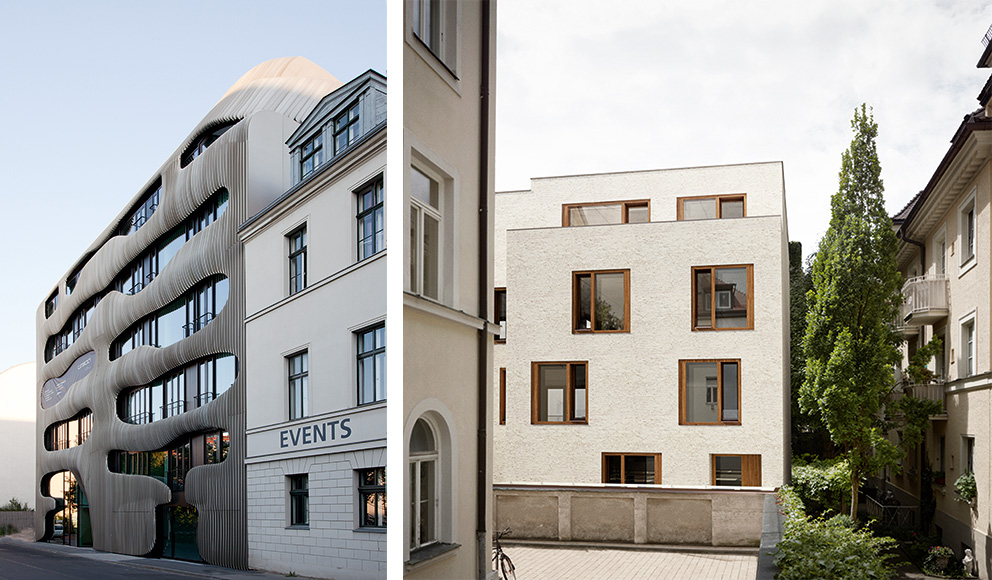 A whole host of awards that the company has won in recent years testifies to the fact that in its project work Euroboden accords top priority to sounding out a fine balance between the existing architecture and the new developments on it. And ultimately this approach epitomizes Euroboden’s the normative central concept of “architectural culture”. In ensuring that the company lives up to the goals it has set for itself, Höglmaier has taken care to fill the key internal positions almost exclusively with highly-experienced architects who have many years under their belts. These internal architects operate as project managers and coordinate the work of the high-caliber external architectural firms who come out tops in the pitches. The architectural expertise of its staff puts Euroboden in a position where it can manage the firms it commissions more closely, thus being able to dovetail a building project’s financial and architectural/aesthetic aspects more intensively. Minimizing the well-known discrepancies often seen with large-scale projects as a happy consequence. It is their zest to work with top-class architects, paired with a dash of audacity that has catapulted Euroboden to what it is being hailed for today: architectural experts in the construction developing industry. The company’s extensive spectrum of widely diverse and always sophisticated buildings is the perfect proof.

The new house at the Kolbergerstraße right next to Munich’s Herzogpark is a collaboration with David Chipperfield Architekten. Right photo: Stefan F. Höglmaier in discussion with David Adjaye on their joint residential project in Munich, only 150 meters from the English Garden. Visualization left © David Chipperfield Architekten, Photo right © Julian Baumann for Euroboden

Let’s now turn to the shooting star of Britain’s architectural scene, David Adjaye. When Munich’s Haus der Kunst devoted a major exhibition to the Tanzanian-born Brit this spring, Höglmaier went to see it only a few days after the show opened. In a pivotal moment in the interview, Höglmaier underlines just how much he appreciates the social context of Adjaye’s architecture. He reveals his great enthusiasm at examining the models of the celebrity architect who is currently enjoying the public limelight. Until the words finally burst out of him: “I always thought this architect was really great and I am overjoyed he has finally come to Germany to build here.” He has a mischievous smile on his face as he says this and at the same time he looks incredibly proud, safe in the knowledge he has landed a real coup by getting Adjaye on board. The location of the first new construction project in Germany that Höglmaier places in the hands of the international shooting star is just 150 meters from the English Garden and the nearest subway station. Höglmaier is now standing on the roof of the bunker, the clear bright blue summer sky above him. In the southeast corner of the roof terrace there’s a telescope. It prompts a small witty notion at the end of the interview: Does Höglmaier use it to spy new opportunities in Munich and the surrounding area? “Now that’s a neat idea,” he says with a smile on his face, “well, no, actually I simply love looking at the Alps. It calms me down after a stressful day.” And he laughs. 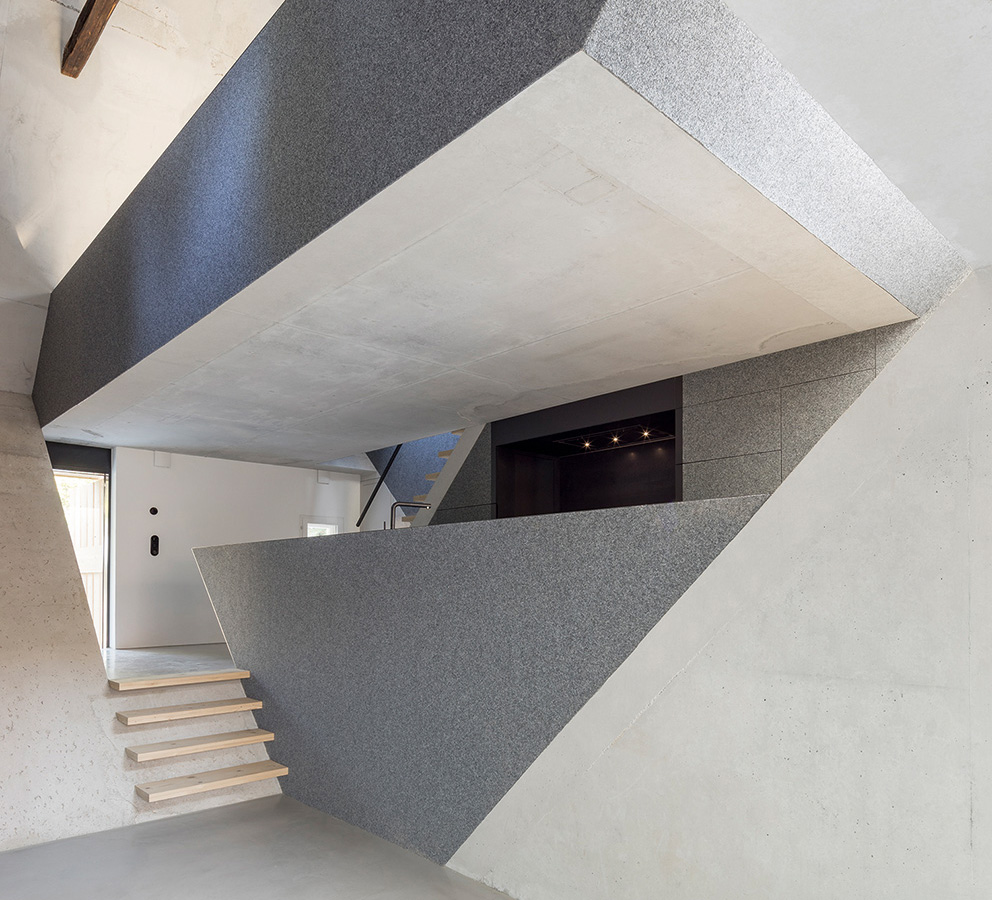 The Zendath residential at the Stockerweg in Munich’s Alt-Riem is a historical farmhouse – reconstructed by Stefan F. Höglmaier and Peter Haimerl Architekten. Photo © Edward Beierle for Euroboden
Advertisement