He was without a doubt one of the greatest architects of the 20th century. But Louis Kahn can also be considered an antipode of his time, which was so dominated by Minimalism, and the reviver of monumentality and mass in architecture. At the same time, Kahn is continuously referred to as the “first Postmodernist”, which is probably one of the reasons why his buildings – the Kimbell Art Museum in Texas, Salk Institute for Biological Studies in California and National Assembly Building in Dhaka, Bangladesh, to name but a few – are still subject to heated debate even today. Yet the few projects he actually realized do not provide entirely satisfactory testaments to Louis Kahn’s significance and that of his work. And so, the great merit of this particular retrospective is that it constitutes the first extensive examination of the American architect’s entire oeuvre. As such it is the many models and sketches of those projects that never made it past paper, the fantastic travel drawings (which Kahn made during his extended trips through Europe, the northwest of the USA and Canada), as well as the numerous historical and recently developed photographs, illustrations and films that captivate the exhibition visitor and draw an unabridged image of its protagonist complete with a number of his lesser-known facets. Louis Kahn as a traveler, critic, teacher and student – the exhibition continuously draws our gaze away from the monumental buildings toward the private and intimate. The show places less emphasis on great orchestrations, and more on the small form.

It is precisely these uncompleted projects, such as the Pocono Arts Center, Parasol House (the main component of which was an industrially prefabricated roof element), Levy Memorial Playground or City Tower Project in Louis Kahn’s hometown of Philadelphia, that really reveal his visionary vigor. In this vein, the “Franklin D. Roosevelt Four Freedoms Park” on New York’s Roosevelt Island constitutes another exemplary specimen, which now is being completed posthumously almost fourty years after Kahn made his first sketches for the project and is due for completion at the end of 2012. Even the private homes Kahn designed (all to be found in the Philadelphia area) present him as a master of small forms, who knew exactly how to create a harmonious combination of light, space and nature.

In this way, the exhibition presents a fresh, more expansive look at a great 20th-century architect, a tremendously exciting and detailed appraisal of his work; and a long overdue one, at that.

Moreover Rotterdam, with its impressive architectural landscape, as spectacular as it is bold, offers the ideal setting for this retrospective. And those who don’t make it to Rotterdam should take a trip to the Vitra Design Museum, where there is also a great deal to explore aside from the museum. But that’s another story for another time… 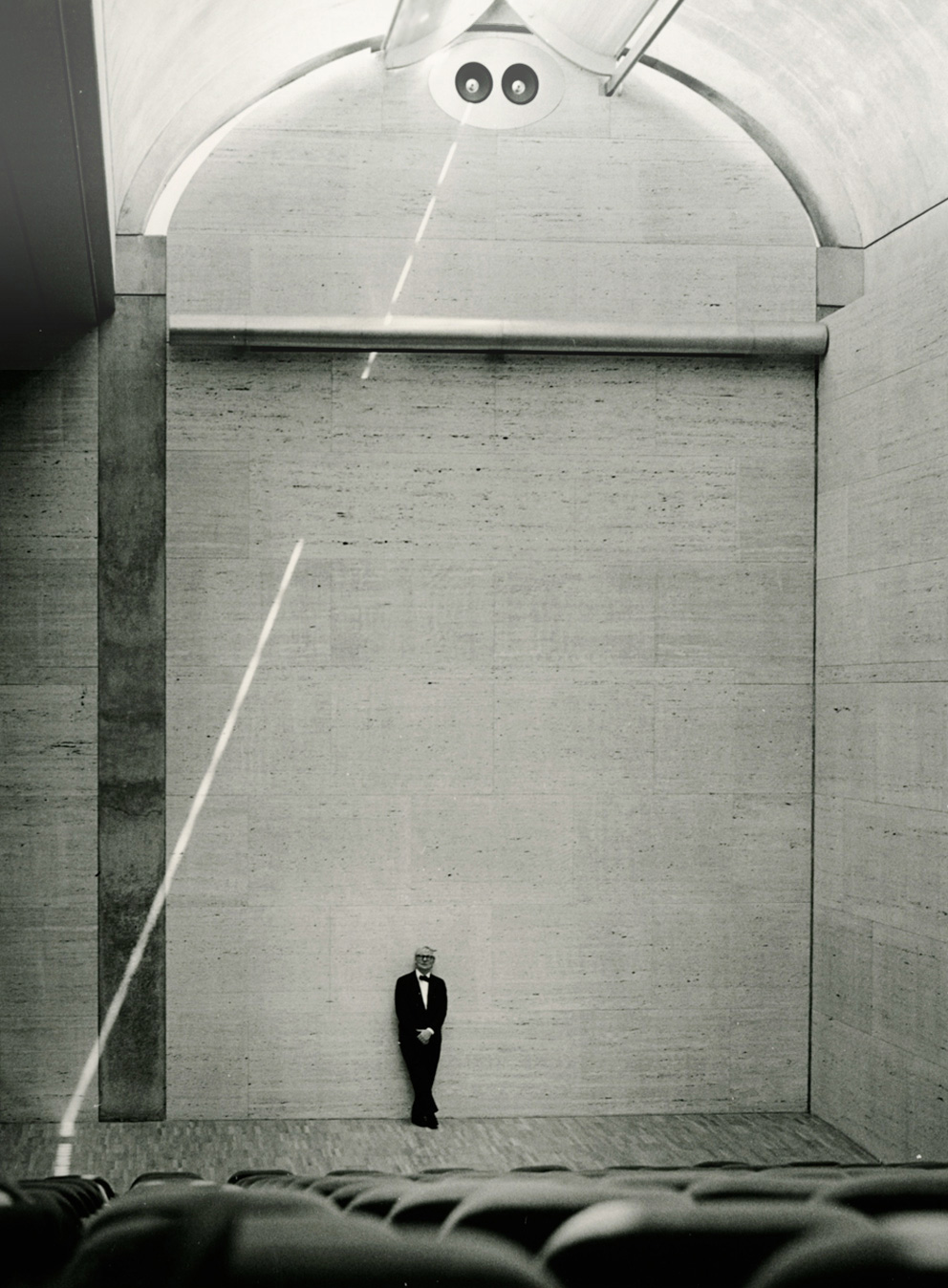 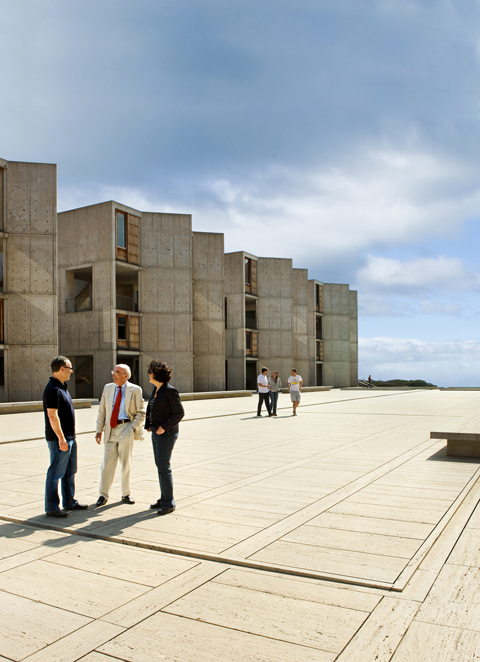 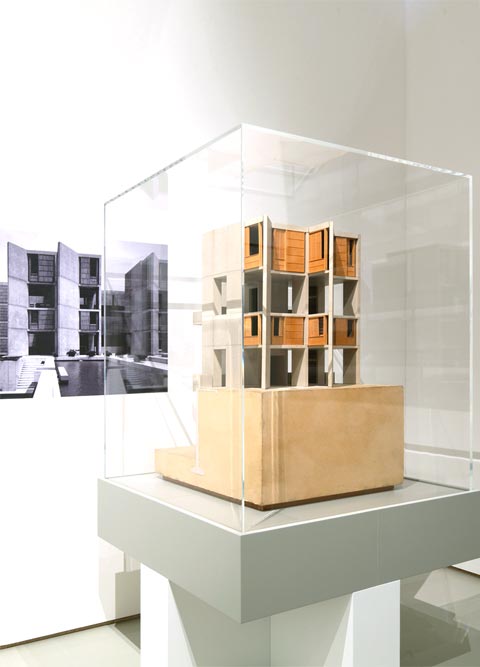 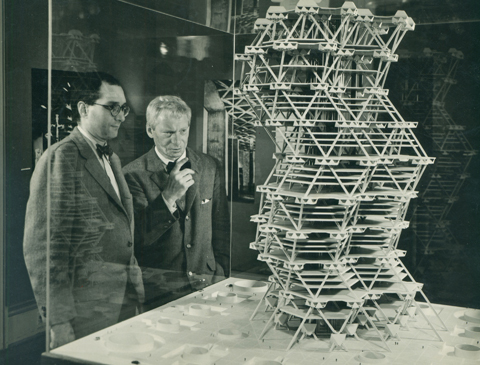 Louis Kahn and Jonas Salk with a model of the City Tower, photo © Sue Ann Kahn 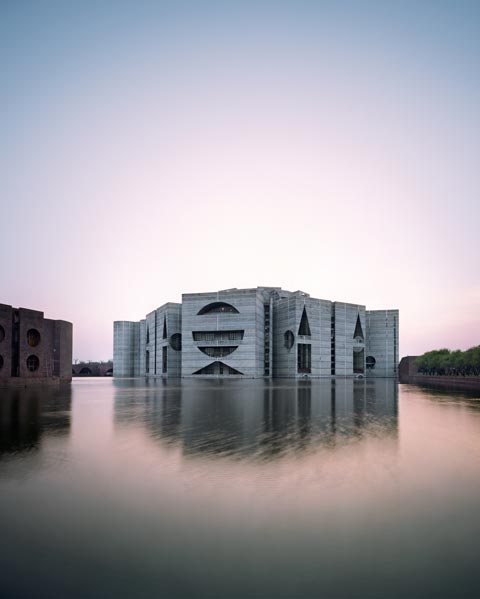 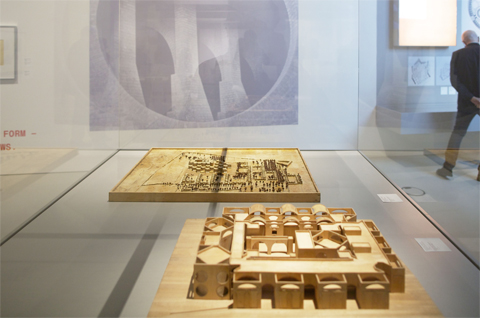 One of Kahn’s models that is shown at the “The Power of Architecture “ exhibition in Rotterdam, photo © Carel van Hees 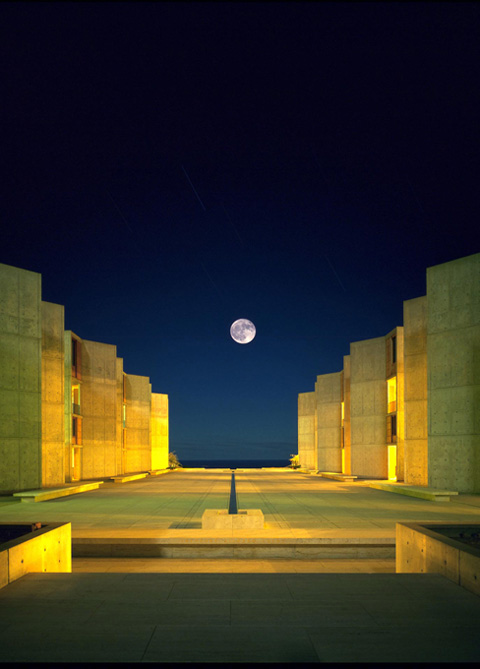 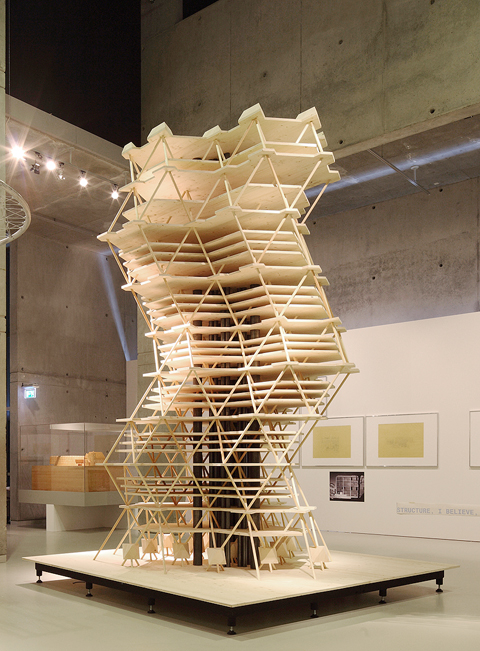 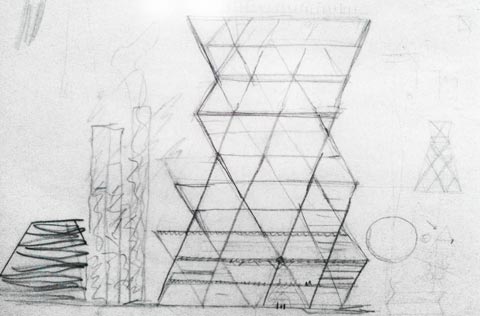 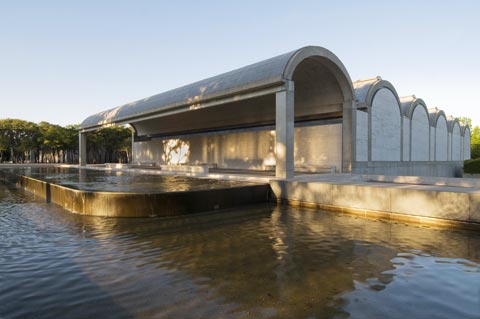 The Kimbell Art Museum in Texas was opened in 1972, photo © Robert LaPrelle
Advertisement