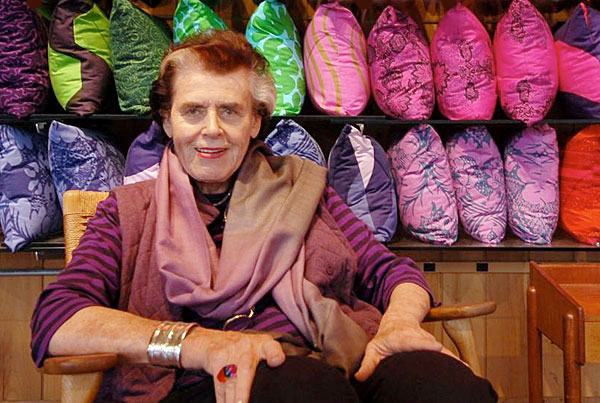 For more than two decades "Design Research" rated among the premier avant-garde addresses for modern design in the United States. Many of today's retail chains, such as "Crate & Barrel" and "Design Within Reach", are based on the famous "concept store" that US architect Benjamin Thompson opened in the 1950s. Thompson was one of the co-founders of Walter Gropius' "The Architects Collaborative" company, headquartered in Cambridge, Massachusetts. In the illustrated volume "Design Research: The Store That Brought Modern Living to American Homes" the architect's widow, now well in her eighties, remembers the legendary institution that followed in the footsteps of the Bauhaus tradition. Jane Thompson, a refined, eloquent grand dame of good taste, who several months ago received the "National Design Award" from the Cooper Hewitt Museum in New York for her life's work, still runs an office for architecture and urban planning in Boston today. Nora Sobich went to see her in Boston.

Jane Thompson: Ben discovered Marimekko at the 1958 World Expo in Brussels, which prompted him to host his first Finland show shortly thereafter. Jackie Kennedy came along and, well, that's what got the ball rolling – bang! Jackie bought well over 30 dresses, some even claim more than 100. Good Lord! Dresses without belts and pantyhose, but they sure looked good.

In the years following World War Two, your husband became one of the leading architects on America's East coast. How did that come about?

Thompson: There was a real building boom after the War. Many prefab homes were made, along with the famous estates by William Levitt, also known as "Levitt Towns". The majority of modern architects built detached houses, and Ben's firm was no exception. Yet they were all faced with the same problem: How do we furnish this new architecture? Obviously, grandma's "Grandezza" was no longer suitable. At the time, there were but two firms offering contemporary design, one of them of course being Herman Miller.

Was the lack of contemporary design outlets what prompted you to establish "Design Research"?

Thompson: Ben used to travel frequently to Europe, sourcing appropriate interior design items for his clients. At some point the question arose whether it would be possible for his clients to view the furniture and objects in the context of the new open-style architecture with its light and glass elements as this would enable them to get a better feel for the different design possibilities.

Thompson: Before joining the Navy, Ben studied in Yale, where he graduated in 1941. All of his Yale colleagues who were later to be part of "The Architects Collaborative" were influenced by the Bauhaus, and obviously also by Le Corbusier. They took up the idea of integrating art in everyday living and endeavored to make good design for mass-production – along with the notion that everything should be designed.

Looking at old photos from "Design Research" the arrangements almost have a natural feel to them. Was the aim to free the living space from the strict requirements of rationalization, to make it more human, as it were?

Thompson: Integrating craftsmanship and workmanship was very important to Ben. And the same holds true of course of Marimekko, which is so powerful because everything is handmade. People instinctively feel the human touch that went into the design. Ben realized that precisely this quality was lacking in the new, albeit stereotypical, architecture – hand-woven items from Bolivia or hand-carved furniture would help bring out the objects' individual character. So he simply combined the two, but never explicitly called the process aesthetic, it was something that happened rather subtly. Marimekko followed the same approach: The fabrics were mass-produced in large quantities, yet the final product was always hand-made.

At the time, what distinguished Modernism as it was understood on the east coast from the Modernism on the west coast, where the likes of Charles and Ray Eames, Richard Neutra and Rudolph Schindler had their studios?

Thompson: The west offered more scope for free spirits and, being "the west", the place had a more eccentric feel to it – open and not bound by traditional values. Whereas the east is very much steeped in its history and the colonial architecture of New England. Which is why it was more difficult for modern architecture to get established in the east.

Your husband managed "Design Research" along with the stores that were soon to open in New York and San Francisco, while continuing to work as an architect. And in 1969, he designed the superb "Design Research" building of concrete and glass in Cambridge.

Thompson: Later he also became Dean of the Architecture Department at Harvard. He used to say he wore a three-cornered hat. His was a very busy life, including his large family. Ben was very much "connected".

Today, affordable interior home design stores such as "IKEA", "Target" and "Crate & Barrel" have popped up like mushrooms all over the United States, and yet many people seem overburdened by the task of furnishing their homes. What is your take on this?

Thompson: Furnishing is a skill you cannot simply acquire. Many people find it difficult to grasp the concept of space. You need to understand the principles of seeing and how the body feels in different spaces in order to do so. Ben was a hedonist. He always preferred things to be comfortable. Any chair that was not comfortable got chucked out immediately. He liked coffeehouse chairs because they could be lifted with just one hand. 'If the chairs are too heavy to be moved,' Ben used to say, 'how can you even have a conversation?' After all, spaces are a dynamic entity, they are not a movie set. Interaction is what's important. He later applied this approach to his school building designs and the "Faneuil Hall Marketplace" urban revitalization project in Boston. It was all about how markets function, understanding the procedures. Ben traveled to Europe for this project as there were no such models to be found in the States.

The American Mid-Century design became famous. What is missing today?

Thompson: There was so much enthusiasm in the 1950s. There were only a handful of designers and they quickly rose to fame. On the other hand, the items were not simply available to the consumers to buy. So the architects were responsible for selecting them. It was for this reason that Ben opened up his store, to make Scandinavian design available to a wider audience. Later the range also included Vico Magistretti, Joe Colombo, and Dieter Rams.

How come "Design Research" still has such a presence even though it ended a long time ago?

Thompson: That surprises me, too.

Nonetheless "Design Research" came to a sad ending that in a sense is also typically American, don't you think?

Thompson: We lost the store due to a "hostile takeover" – albeit back then the expression didn't yet exist. A young businessman from Wall Street, who lived next door to us on Six Moon Hill, wanted to become an investor in the store. Ben did his first refinancing in order to pay for the new "Design Research" building, among other things. But then the whole thing went bust, all of a sudden we found ourselves owning a mere 49 percent in the firm and had to leave. Eight years later the business bellied up.

What did you do next?

Thompson: We found a different project that inspired us, the same "Faneuil Hall Marketplace" we just mentioned. Again the message behind the project had a European ring to it. No one in the States had any experience with public spaces of this kind.

Yours was a very dynamic and creative marriage, and you also worked together a lot.

Thompson: Absolutely, we were a team and never competed with each other. We shared the same values and goals. When working on a project, we kept bouncing off ideas until we finished something. It was a good way to work, very intense. And we raised several children. I had two children of my own and two adopted children, Ben had five. All of them grew up very visually. 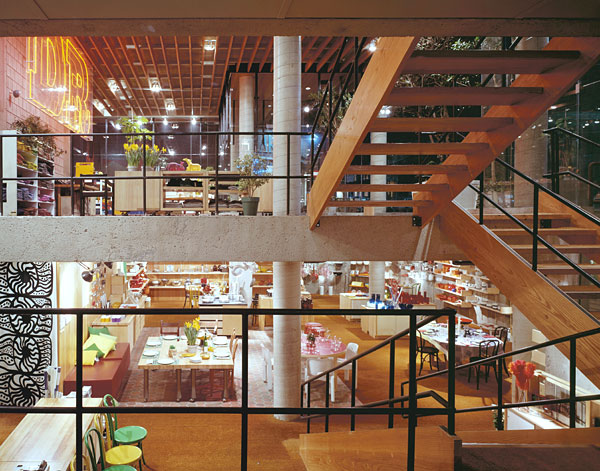 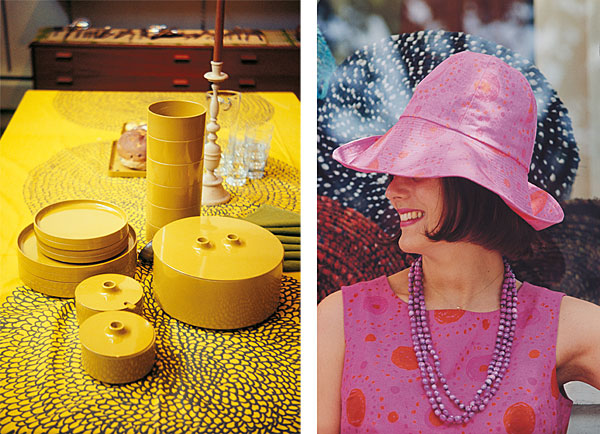