Good design is everlasting. But it does not need to be carved in stone. On the other hand it can be, and this precisely is the idea of design-mad Murat Patavi, the owner of the Haaz Gallery in Istanbul. He came up with a very special idea to mark the first anniversary of the art and design gallery for young Turkish and international creative talents: he invited 18 well-known designers to each make an exclusive design for the occasion - and what's more, in marble. The size and type of design was left entirely up to the individual. The project was sponsored by the Turkish marble industry, which also supplied the necessary experts for processing the stone. And so it was that a material usually used for adding elegance to architectural structures came to be used for an array of hand-crafted design objects that could not have been more different. The selection ranged from historical and regional quotations such as, for example Marcelo Rosenbaum's inlay image and the mythological wall relief by Sitki Kösemen, to purely sculptural works such as those by Arif Özden und Haluk Akakçe, to marble furniture and basic everyday items. The smallest object was designed by the Campana brothers, who decorated their marble bowl with bast embroidery. The table by the successful Turkish duo Autoban, rests on three wide, convex pillar ends, while Konstantin Grcic created a version of his side table ‘Diana', from a block of stone. Jurgen Bey by way of contrast cut small marble blocks to look like inner packaging with perfectly molded hollows for household devices. Michael Young came up with a semi-circular one-man library with reading bench in the middle, and Paola Navone's sofa had a deceptively genuine-looking textile-like surface. Smooth and angular by contrast, Matali Grasset's robot-like creation provided visitors with a lectern. All these various exhibits, however, have one thing in common: that monolithic effect which comes from working with the material stone - temporarily turning the designers into sculptors. With the marble exhibition having been showcased in mid-November 2007 in Museum Istanbul Modern, it will be touring internationally in 2008. haaz.info/block 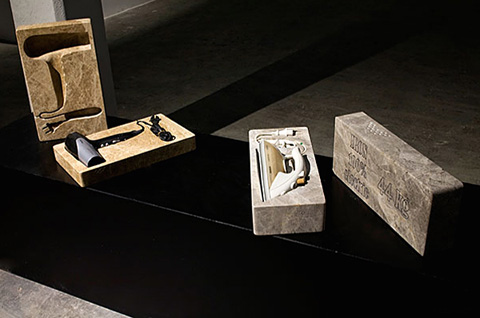 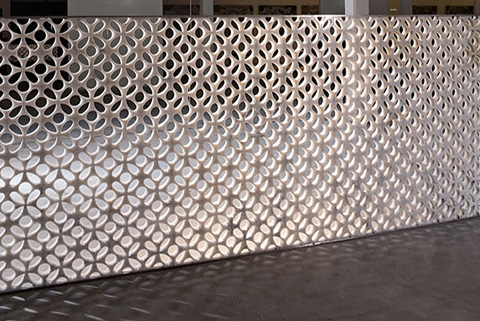 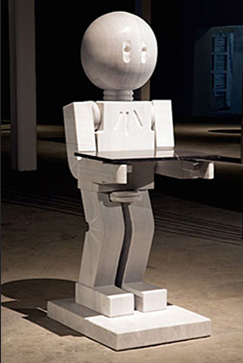 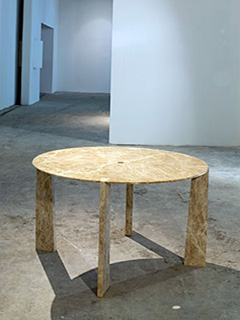 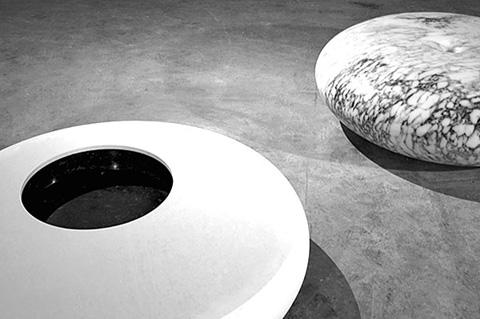 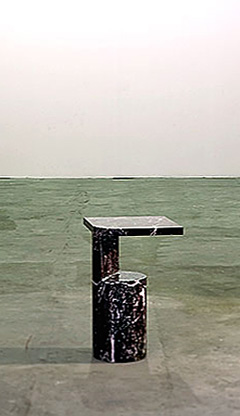 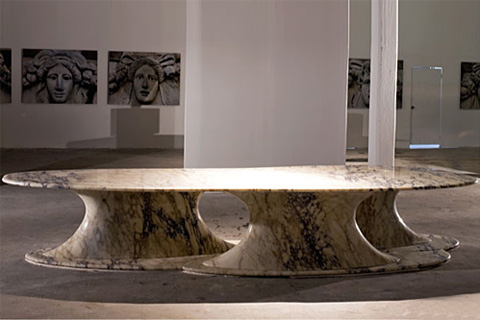 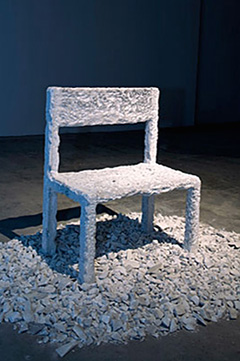 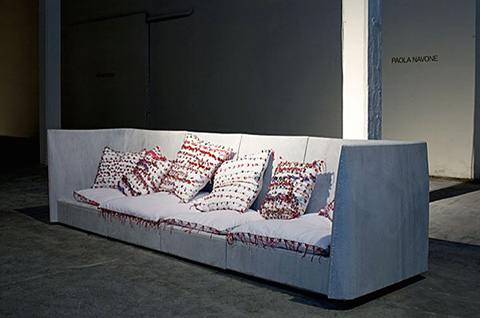 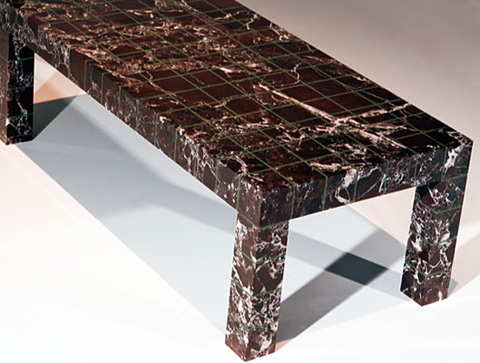