top
The “e” is not the only distinguishing factor
by Silke Gehrmann-Becker | Dec 30, 2010 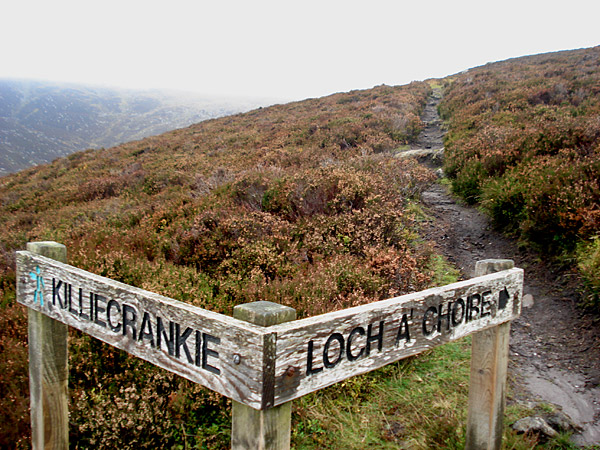 Jackie knows the rules inside out. Her alert eyes flit around and are quick to identify the wrongdoer in the last row: A Frenchman tips the contents of his glass down his throat before she has uttered the toast. "Slàinte mhath!" she shouts ardently, raises her tumbler and shakes her head in disapproval. Jackie treats this visitor with contempt for the duration of the tour around the whisky distillery Edradour.

Scotland's smallest distillery is located in Pitlochry on the edge of the East Highlands. At first sight the small white farmhouses are nothing but inconspicuous buildings. Only the slightly malty smell give you an inkling of their use. Founded in 1837, the distillery today bottles a mere 3,000 liters a week of the Gaelic "uisge-beatha" - the water of life. Almost a luxurious enterprise that the Scottish owner Andrew Symington operates together with his German wife. She is responsible for the new look of the label, which after decades in the firm Jackie sullen and muttering does not think that much of; the same goes for the Trabbi in the yard. However, the marketing strategy proves effective with the ladies from Stockholm - they sigh in delight at the sight of the candy-colored labels for the ten-year-old Burgundy Finish Single Malt and are quick to help themselves.

Whisky long featured in American movies not only as "whiskey" with an ‘e', but with the abomination of ice cubes added, stylishly arranged on small trolleys for Cary Grant. Today, the variant without the ‘e' is enjoying great popularity as a contemporary accessory for the newly-proclaimed ‘country style'. Pundits discuss the storage of the barrels, the best distillery and the most intensive, peaty taste take place at almost every society gathering. The spring/summer light, Italo-French joie de vivre in nude Particulière Chanel with red and white wine, has found its counterpart in whisky: in the autumnal-wintery heavy, Anglo-Scottish Wellington-Westwood look.

Ardbeg, Bowmore, Glenfiddich, Glenmorangie, Lagavulin, Macallan, Oban and Talisker are arguably the best-known single malts and distilleries. Yet today the situation has changed from what it was when Edradour was bought back from French company Pernod Ricard in 2002 and proclaimed itself a family-run, self-owned brand: Many of the distilleries belong to a corporation. Diageo, the largest global corporation for alcoholic beverages (including, for example, Guinness, Baileys and Smirnoff) unites roughly one hundred types of whisky under its roof including blends such as Johnnie Walker and Dimple and also single malts Dalwhinnie, Cragganmore, Caol Ila, Lagavulin, Cardu and Talisker.

This takeover of the distilleries also involves a new approach to manufacturing, bottling and marketing, as here following wool we have to do with Scotland's most important export, in non-material terms, too. Alone in 2009 in "Gearmailteachd" (in other words in Germany) the export generates sales worth about 111 million pounds. Worldwide the figure is three billion pounds. As such it is hardly surprising that the most popular single malt in Scotland, namely Glenmorangie (the distillery was founded in 1843 and surprisingly became the property of Moët Hennessy Louis Vuitton in 2005) has been perfected even further in terms of public image. It would be mean to claim it can be packed into a tone-in-tone matching handbag together with logo and would not do justice to its velvety taste.

After all, a great remove from all corporate affiliations, labels or marketing strategies, taste and aroma are the greatest asset each bottle can score points with. The production of a single malt whisky, which stems from a single distillery and is not blended with other whisky types, begins with malting, the processing of the barley that is used. The barley is soaked in spring water, usually from the same area as the distillery and this water creates the basic taste. Prior to grinding, the barley is dried; this is when it gains the smokey taste characteristic of whisky because the kilns are fueled by peat. This peaty tone is especially intensive in Lagavulin, Laphroaig, Talisker and Ardbeg, whose full-bodied aroma hits you on opening the bottle and coats the throat with an earthy-coal-like balsam.

As with beer, yeast is added to the ground barley malt (which gives "malt" whisky its name), and the malt mash then ferments until the distilling process, which takes place in a copper still. Scottish single malt is distilled twice, sometimes two and a half times, Bushmill's in Ireland, three times. Visitors to the Glenmorangie Distillery can look at the heart of production - the tallest still in Scotland at over five meters high. It is to them that Glenmorangie owes its subtle citrus-vanilla-honey taste, because the heavy, oily bitter constituents remain in the still. However, it is not recommended that you allow your nose too close to the fermenting mash as the pungent vapor can result in a damaged sense of taste and smell for days on end. And that would be a pity given that the guided tour ends with a type of the whisky from the Northern Highlands served in elegant, narrow nosing glasses.

The distillation from the so-called "heart of the run" is stored in oak barrels as the raw material for whisky. The barrels remain locked away in warehouses for at least three years before the content can be called single malt. Together the type of the oak barrel, its previous contents, the composition of the oak timber but also where the timber is stored, (be on the coast, as are all the warehouses on the Isle of Islay where Ardbeg and Lagavulin are located or inland) account for up to sixty percent of the taste of the whisky. Often the barrels have previously contained bourbon, sherry or port, the golden color arises from caramel but also what is given off from the oak barrel. The two percent of liquid that evaporates each year float as the "angel's share" across the expanses of Scotland - a fleeting mist estimated to total 120 million bottles of whisky.

In this way, the distillers compose, refine, use peat and experiment so as to maintain the taste of a single malt at a constant standard or so as to be able to offer new flavors as special bottlings, which are highly popular with connoisseurs. For anyone wishing to discover whisky we recommend a sampling with different strength aromas and years in order to discover personal preferences. This means unknown whiskies, which do not scream for your attention, such as Old Pulteney with its mild, slightly orange taste, also find enthusiasts. Anyone who is not sure can cast a glance at the Friends of Classic Malts map. It provides a few pointers to help you classify the flavor. For those who prefer more detail the whisky guides authored by Michael Jackson are just the thing. And for all whiskies you can say: less is more, sniffing and sipping is better than smelling and gulping down!

The fact that when sampling in the bar at Edradour visitors must first pay two pounds (this initial investment is deducted from the later purchase of a bottle) is for Jackie one of the normal business practices of a distillery. In past years this practice was introduced almost everywhere so that those tourists fond of drinking should at least pay dearly for their intoxication.

There is a Gaelic expression "Tha am pathadh orm" - meaning literally "I am thirsty!" but is can also be interpreted as: Every whisky tastes best of all when you have finally arrived frozen solid but happy at the summit of a Munro and can let your gaze roam wistfully across the Highlands - let's drink a toast to clichés in real life! 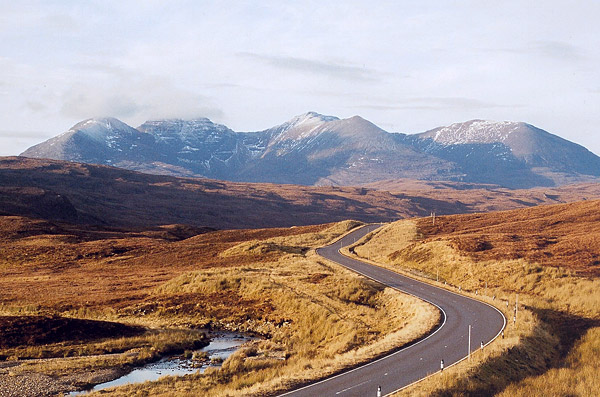 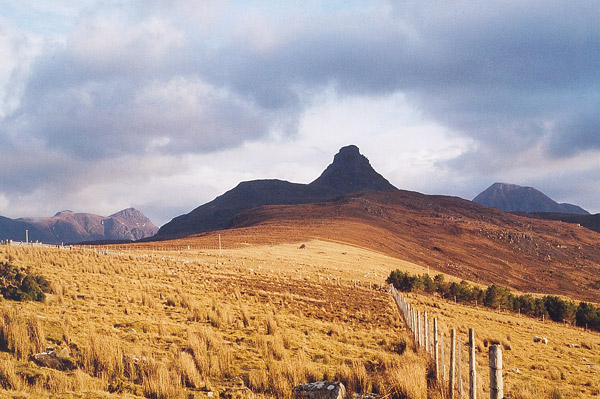 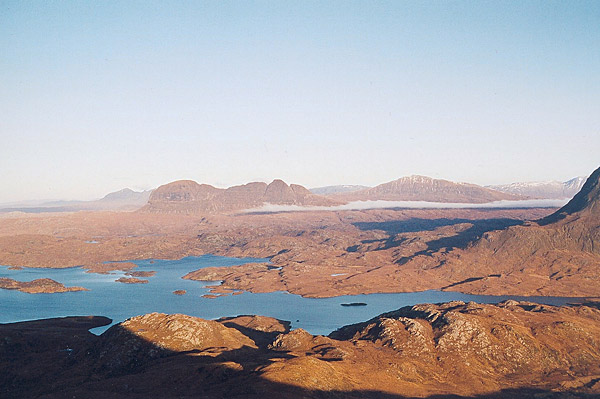 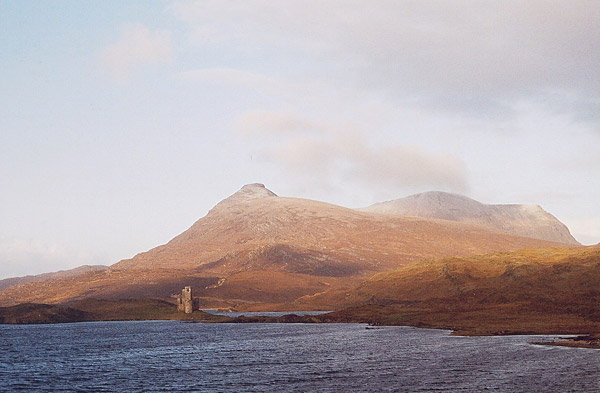 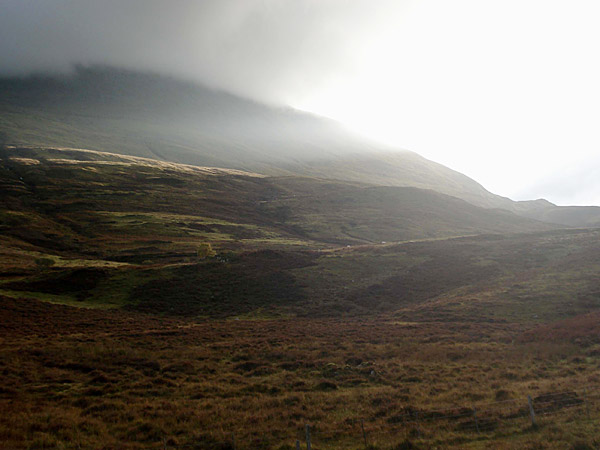 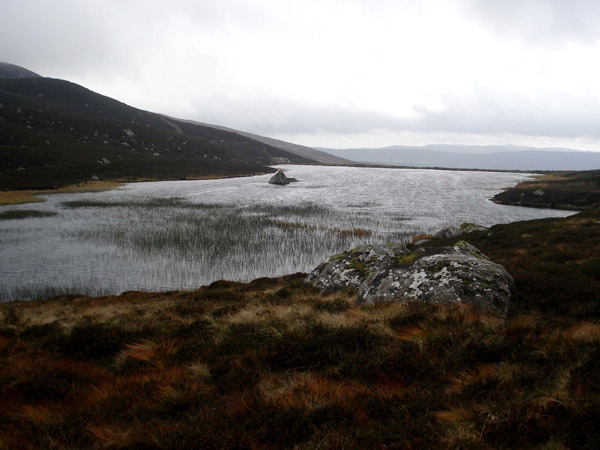 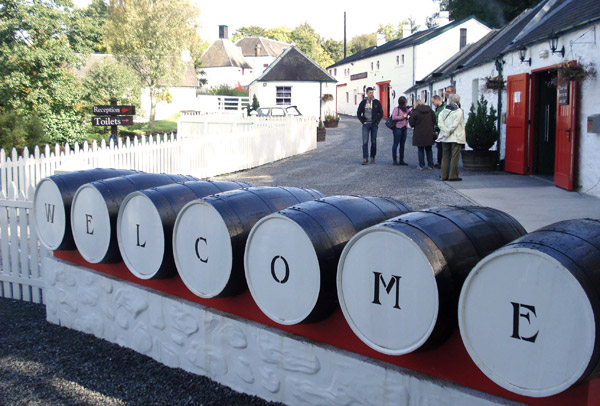 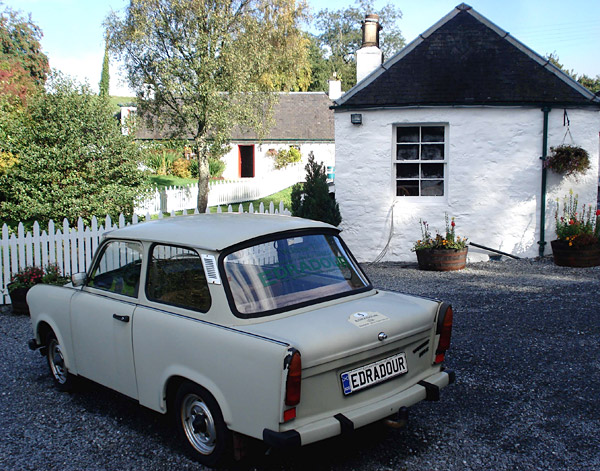 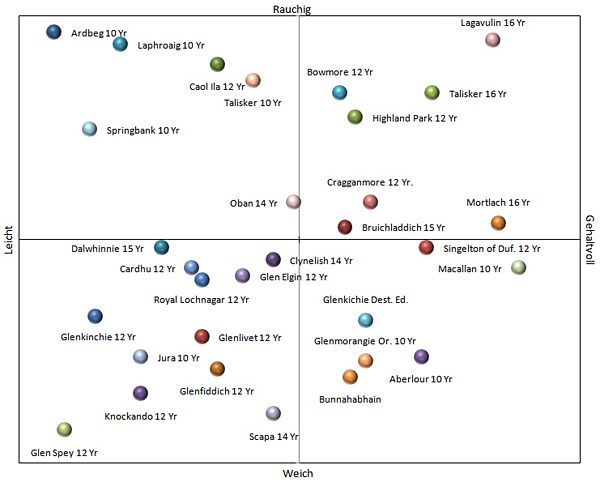