top
The evening, the chairs, their designers and their music videos
by Nancy Jehmlich | May 4, 2011

The setting: Milan during the Salone del Mobile, in a narrow, dark alleyway. The gallery building is covered with scaffolding. The Italian manufacturer Mattiazzi invites visitors to behold its new wooden chairs. Each of the designers' chairs has its own space: there are several examples of Nitzan Cohen's chair "he said/she said" in the basement. Konstantin Grcic and his design – yet to be presented and announced for 2012 – are located at the entrance. The other two designs, by the Bouroullec brothers and by Sam Hecht, are on the upper floor, each in one half of the room. Each of the four designs is accompanied by a screen showing music videos.

In the run up to the fair, each designer chose ten music videos – or had their assistants pick them out – which are shown on repeat throughout the evening. At times the music plays loudly and at times more quietly. As the videos run we look out for old favourites or new discoveries. Moreover, the videos provide almost infinite talking points: Have you seen that video? I don't like that song at all. Did you know that Spike Jonze was married to Sofia Coppola? Our attention wanders away from the chair we are sitting on and is drawn to the screen and the social gathering in which we find ourselves. We become curious, trying out all kinds of combinations: What is it like sitting on a Sam Hecht and what music is playing? And so it goes on. One chair after another. We watch clips, drink wine, converse or listen to the music. And in passing, great names of the design world become more familiar. For it is not only the chair that conveys a picture of its creator, but the choice of music also tells us something about their preferences and character, as staged as this may be. And when Konstantin Grcic answers the question as to what his ideal music video would be like by saying: "Driving through the plains of western Texas in a 1966 Buick Riviera to music by Giant Sand" – then, well then, we of course picture ourselves in the car riding along with him.

What else is there?
Kaleidoscope Space, Via Masera opposite number 10, 20124 Milan 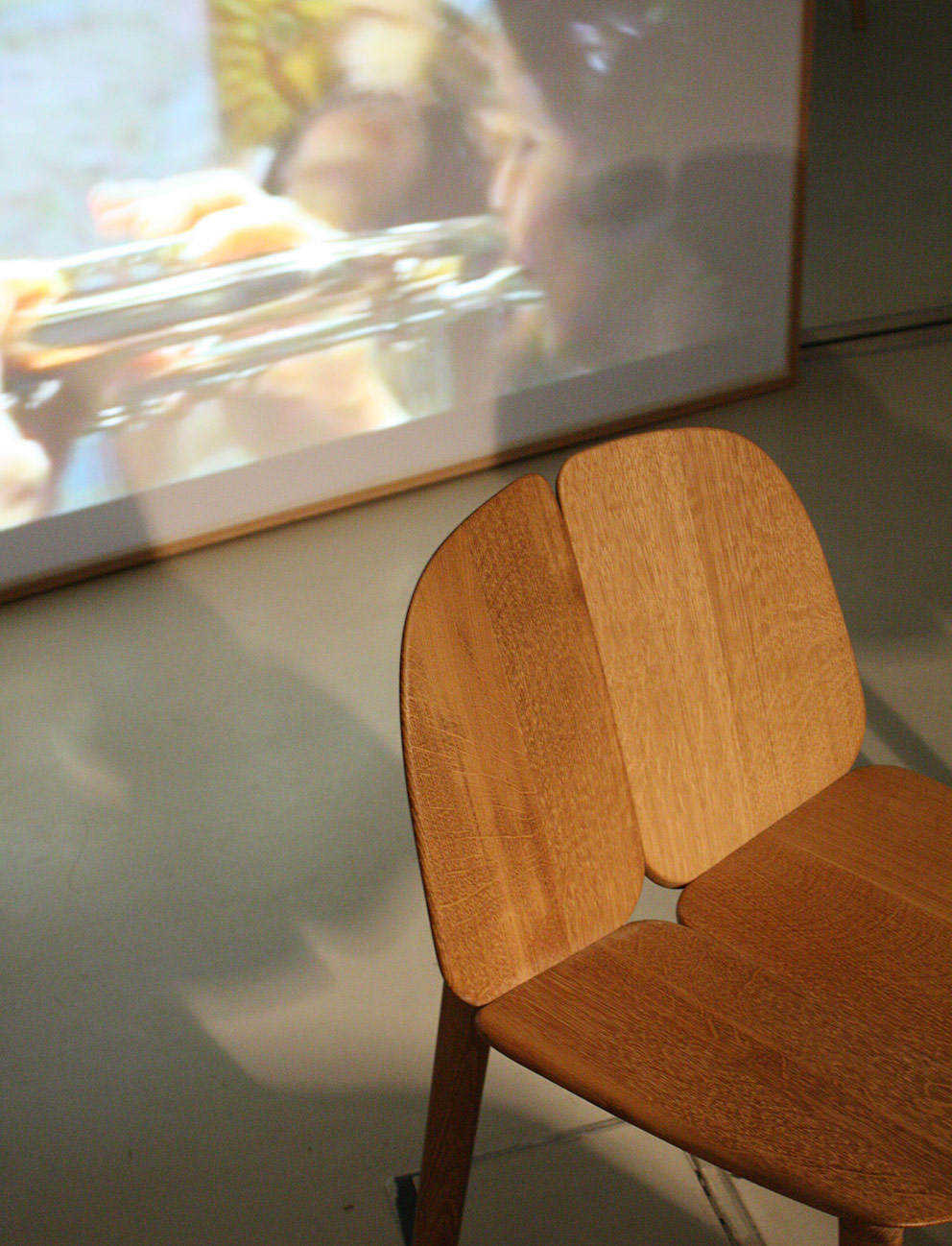 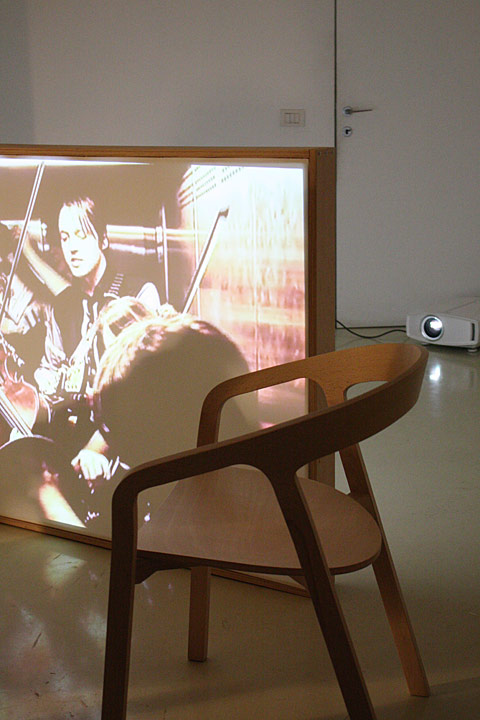 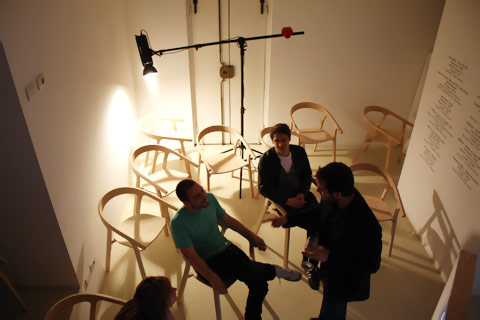 Massive Attack - Live with me, selected by Sam Hecht

Lenny Kravitz - Are You Gonna Go My Way, selected by Sam Hecht

Portishead - Only You, selected by Erwan and Ronan Bouroullec

Bat for Lashes - What’s a Girl To Do, selected by Erwan und Ronan Bouroullec

The White Stripes - I just don’t know what to do with myself, selected by Konstantin

Koudlam - See You All, selected by Konstantin Grcic 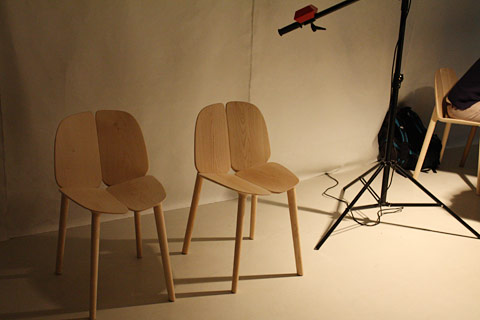 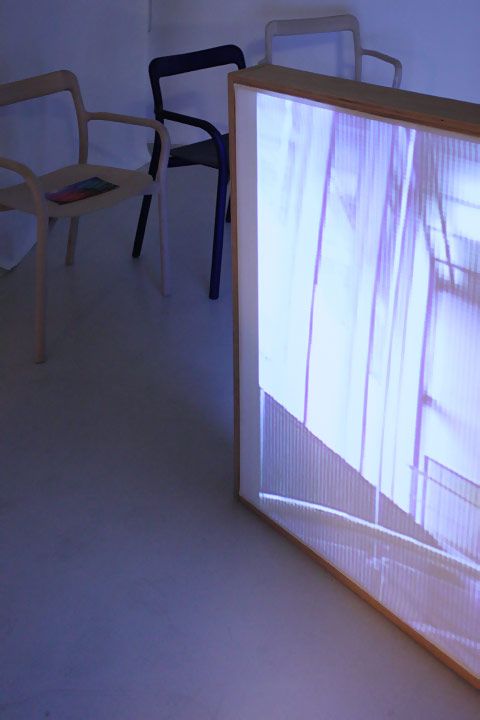 The Knife – Pass this on, selected by Nitzan Cohen

I Am Kloot - Proof, selected by Nitzan Cohen

The White Stripes - The Hardest Button to Button, selected by Sam Hecht

OK GO - This Too Shall Pass, selected by Erwan and Ronan Bouroullec