top
The experience of nostalgia: Craftsmanship has a future
by Thomas Wagner | Jun 27, 2012 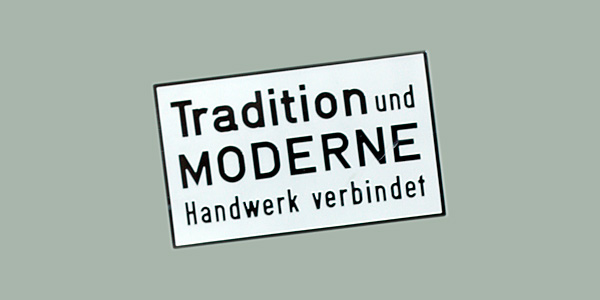 Craftsmanship, that sounds like an old magic word. If we hear it and happen to be way past our 20s, it triggers associations, sounds and images, which arise involuntarily from the depths of our memory. Recollections of my uncle’s workshop with the huge band saw and the smell of fresh sawdust, of the workbench where he made children’s skis, of the heat radiating from the village blacksmith’s iron, of the sparks flying as the locksmith works on iron objects, of the soaked wicker at the basket maker’s, or of the axe with its protruding handles, still used by my carpenter grandfather to chop timber. Some of these things still exist today, but many of them, founded on manual skills and the passing-on of knowledge and expertise, have disappeared or been replaced by standardized processes. In a nutshell, many of the things we surround ourselves with are just as alien to us as the processes used to make them and the way of life that bore them. And so, these things have become inaccessible in a literal sense; they are now nothing more than goods.

A trade in hand finds gold in every land, as they still say today. And they are certainly on to something. If we are to believe associative advertising, which has a natural tendency to exaggerate, craftsmanship is not only “the economic power next door”, but also the basis of our civilization and all of its achievements. Anyone, city dwellers in particular, who has ever tried to make a last-minute appointment with an electrician, plumber or roofer, knows what that means in real terms. That is to say, once the respective specialist has made it to the site of the problem, he usually replaces some part or other in some box or other – and that’s it for the handiwork.

Does that still count as craftsmanship? Or is it just a mixture of knack, individual know-how, prefabricated products and standardized operations? What does it actually mean to be a craftsman in the 21st century? What role does the handmade play in relation to design and predominantly automated industrial production? And how do our minds react when we are unable to delegate something to a computer or machine?

One thing is certain: In recent years a new momentum has become apparent in the long-standing fixed relationship between craftsmanship and design, between individual and industrial production. All of the techniques that comprise craftsmanship are (often in combination with new technological possibilities) experiencing a constant increase in demand, in particular when it comes to the individualization of products, namely “customizing”. The spectrum of modified mass-produced items or one-off productions is wide, and not only in the luxury goods segment. It ranges from specially designed motorcycles made by hand, bicycles made up of a hodgepodge of individual components, tailor-made dresses and shoes, carpenter-made kitchens and furniture to mosaics and car interiors and seats refined by upholsterers. Even in the high-end design sector, where large-scale production is in any case not the norm, the influence of traditional technical know-how is growing, when glass has to be shaped into a certain form or innovative fibers have to be processed using traditional weaving techniques, for example. The hand can often do what no machine can. And this is evident in the outcome. One consequence of this is that manual skills are no longer socially dismissed in quite the same way as they used to be. There is also an increasing number of small labels that occupy the marginal area between handicrafts and design and offer well-made and well-designed products – from wardrobes to milk jugs.

What has made handmade objects become so coveted again? Do they radiate a different kind of dignity? Do they allow their owners to subtly demonstrate that they are different from the rest of the consumer crowd? Or, to top it all off, is it that they are more durable, in other words more sustainable? Why do people surround themselves with things that highlight the difference between themselves and those items whose production is standardized, large-scale, efficient and cheap?

In 2008, sociologist and cultural philosopher Richard Sennett published a book entitled “The Craftsman”, in which he explains what sets the craftsman apart from the worker and why what he does could be of great importance in the future. Most importantly, for Sennett, carpenters, laboratory technicians or conductors all count as craftsmen because “they complete their work with abandon and always want to do well for their own sake.” According to Sennett, the craftsman stands for “the special human capability for committed conduct”. The fact that a craftsman’s expertise – as opposed to the achievements of a digital culture – is anchored in a tangible reality and that the craftsman is proud of his work could possibly provide the basis for a “way of life” whereby the hand and the mind, technology and science, art and craftsmanship are no longer separate from each other.

Could it be the case, as Sennett conjectures, that we implement such useful tools as computer-aided design (CAD) in the wrong way because we are guided by abstractions rather than experiences? Is technology, so fascinating and enthralling in all its possibilities, enticing us in the wrong direction because in its use something essential is lost when an object or a building is conceived entirely in the mind before we have seen, touched or experienced it? And what about simulations? Can they replace the sensation of feeling and experiencing a handmade item? You can see how the topic can be taken in many different directions. But there are a least a few aspects that we would like to look at in more detail in the next weeks. We have consciously refrained from making a decision as to whether craftsmanship really does allow us to produce things in an improved, more committed way and whether it perhaps even constitutes an anti-capitalist undertaking. It is always fascinating and exciting to be able to observe how industry and craftsmanship enrich and reinforce each other. 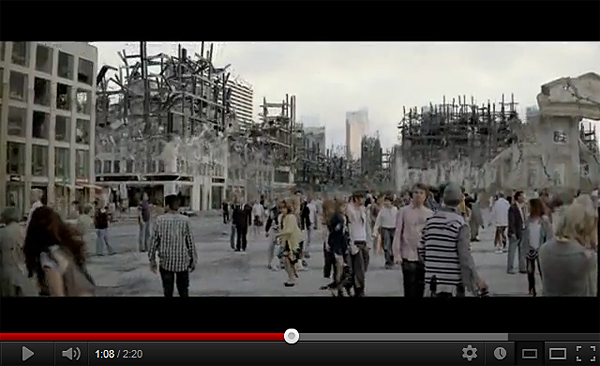