Be it Edmund Husserl's "Phenomenology of Recognition", Jean Baudrillard's "The System of Objects" or the most famous interpretation of Paul Klee's picture "Angelus Novus" by Walter Benjamin - the rear of objects, the lack of visibility and as such sure certainty about existence, has long since been challenging not just philosophers and sociologists. Ever since design matured and CAD has portrayed the sum of all individual parts, the non- or only partially visible has been eliminated. The holistic, the all-embracing, the 360° design principal reigns. And yet the "rear" certainly has a right to exist. In many situations the other does full justice to its name is in constant view of the observer, i.e., as a ubiquitous front: During a car journey the front is always the back. And it really makes no difference which model the driver is sitting in and how long the journey he has chosen is, seen purely statistically he will use more than one rear to guide him on his way, as on January 1 of this year there were 41,321,171 passenger vehicles registered throughout Germany; if you include trucks, motorbikes and coaches, and other vehicles such as forestry and farming vehicles, the Federal Vehicle Registration Office boasts the grand total of 49,602,623 rear ends. And every other year, at the International Automobile Exhibition in Frankfurt (IAA) with more ballyhoo than on other days, the number increases.

Yet what does it actually mean for one's own way of driving, mood, - and not least of all design awareness - to drive along behind a rear, to analyze its motion, get one's own front as close as possible to it, while at the same time, on the other hand, keeping one's one rear as far away as possible from an approaching front?

How far and what is the front?

As a first step rears can be classified without marque, model and design(er) specification into different viewing types. Taking as a starting point a view through the windscreen, and firmly anchored in one's own seat in a mid-range vehicle, the world of in-front drivers can be divided into those who block out any view through their rear window, those who, with a great deal of effort and a few pull-ups in one's own seat one can just about make out the volume of traffic in front after all, and into optimally transparent ones, through which one can even make out by the driver of the next-but-one vehicle and his reactions, i.e., brake lights. A simple rule of thumb: Flat and round are favorable to high (bucked) and rectangular; in order to keep one's own stress levels low, keeping sufficient distance from the latter is recommended. Overall, ever since the dawn of the observation of rears, thanks to Sullivan attention would appear to have been drawn to functionality: Do brakes lights, the rear lights and the indicators light up - and if so with what intensity? Instinctive danger prevention gets more points than design scan. This follows, at least in the case of well-informed worshippers of streamlines on the pedal or simultaneously the emblem: LED technology, which, primarily in the case of Audi, has become a trademark. A bull, lion or horse? Slender or wide, round or oval indicators? Letters or rings? Traditional silencer or a turbo-sport version? If we are talking about a small red racing car you could go for the new "Abarth 695 Tributo Ferrari", which the Italians will be presenting in Frankfurt. And if anyone should already have had an apparition, which with eight (!) exhausts became a shadow in the overtaking lane, then the rumors going round on the Internet about a Bugatti study to mark the company's 100th anniversary have indeed taken shape. In this case the striking rear influences the way one reacts - one wouldn't exactly measure one's own speeding frenzy against this one.

Who is sitting there and how many?

In the course of the next gaze, which wanders to the number plate, that at first glance identifies locals, those who live on the outskirts, fellow Germans traveling across regional borders, European neighbors and those with different status (diplomats, public officials etc.), we simultaneously include all other factors in our evaluation of the rear, indirectly register them and save them: Other considerations, that alternate with our emotions, on the marque, color, trunk, stickers you can have, the design of the rear shelf, speed and not least of all the number of headrests fitted and the appearance and behavior of the previous users are extremely important criteria for evaluating a car and sorting it into the correct, cliché-ridden motorist's glove compartment. For it makes an immense difference to our personal well-being, and above all to our driving, whether the car driving in front of us for the next few miles, the rear in front of us, so to speak, is a black Audi A6 with the international company's discreet lettering, a middle-aged gentleman in a white shirt, who has hung his suit jacket on the right-hand hook in the back, a white BMW X5 with a blond head of curls, just still recognizable as a woman, who casually holds her cell phone to her ear at the red light and is driving around with a child seat and a sticker depicting the island of Sylt, or a Bordeaux-red Ford Mondeo with a family of four, in which cheese sandwiches are passed into the back and with the guidebook fluttering on the rear shelf. Because it is in this stage that even the sober, analytical façade of the design aficionado starts to crumble. A vague vision, which on the inside feels as though Corban Dallas or Anakin Skywalker has taken the wheel, as though a great force is pulling everything forwards and the car body around us is mutating into a star hunter, emerges. Or, in the words of Walter Benjamin: "The storm irresistibly propels him into the future to which his back is turned, while the pile of debris before him grows skyward. This storm is what we call progress." 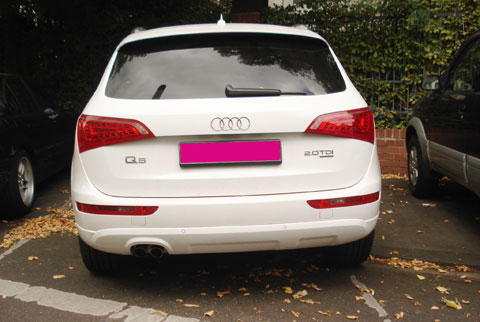 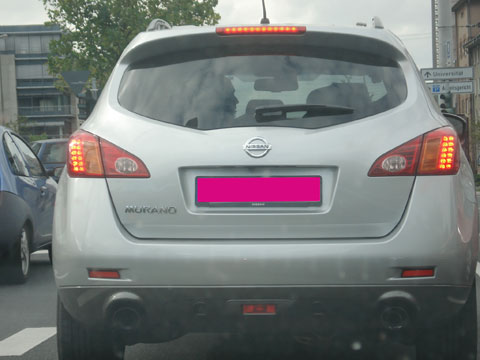 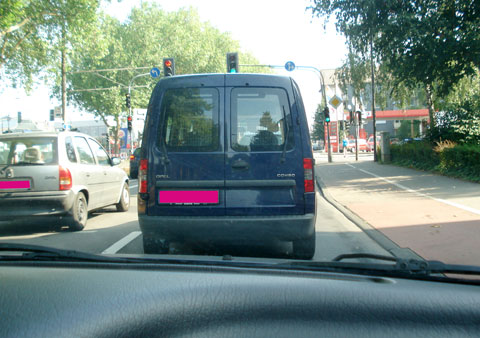 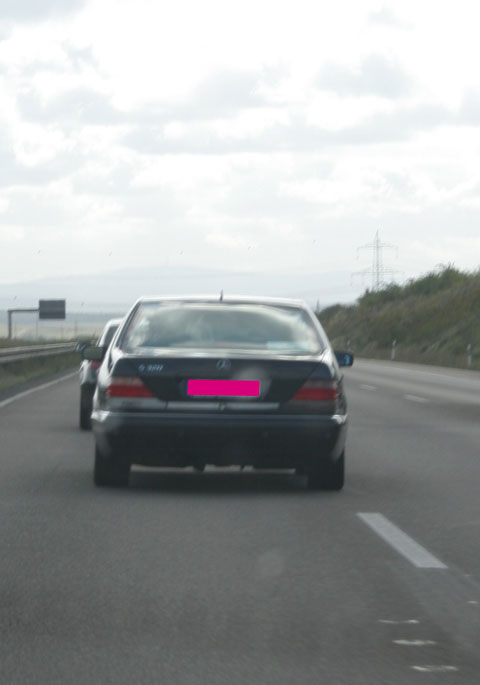 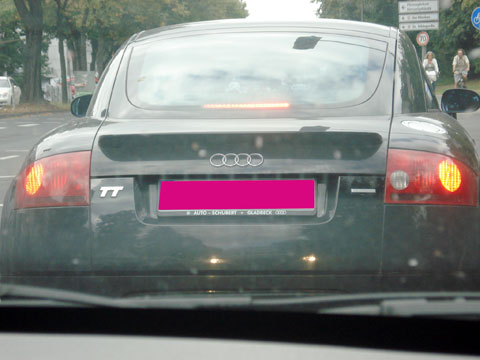 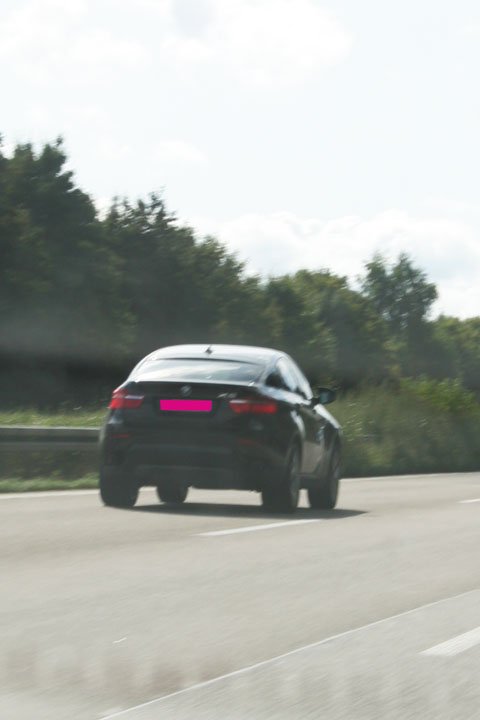 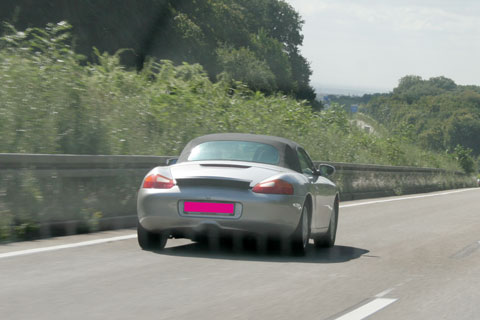 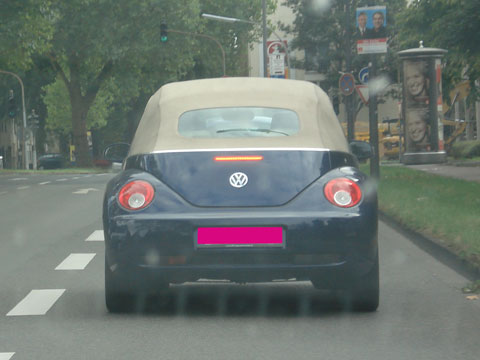 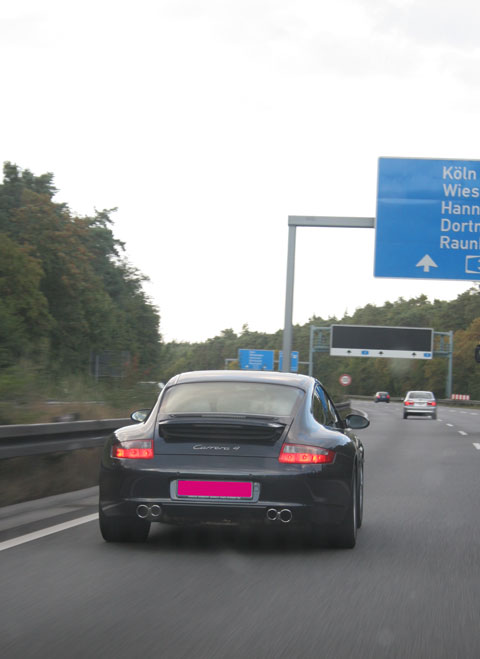 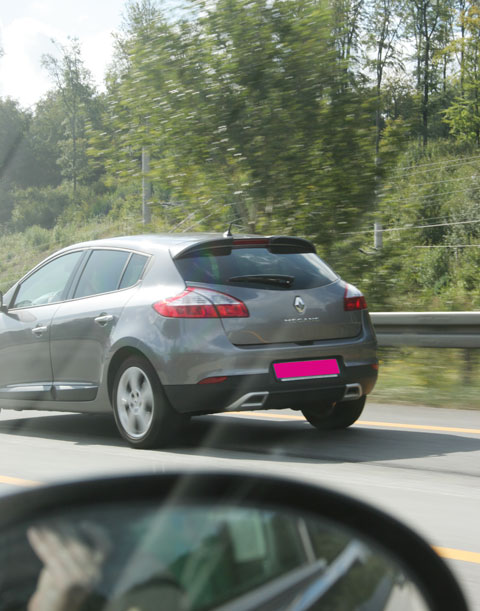 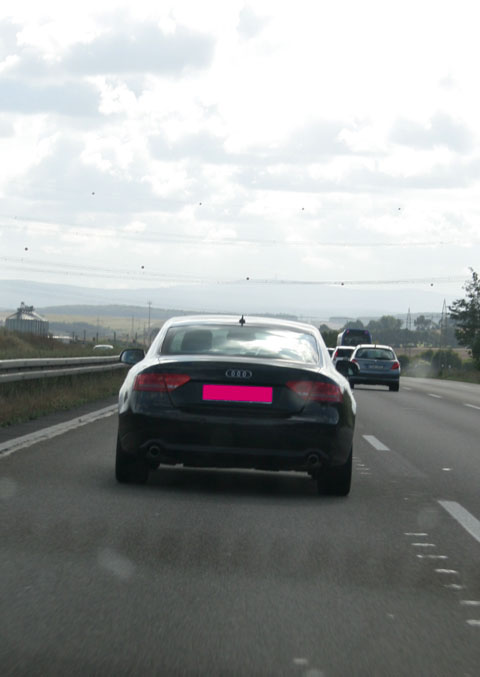 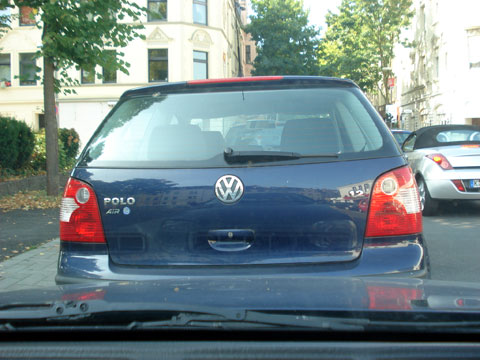 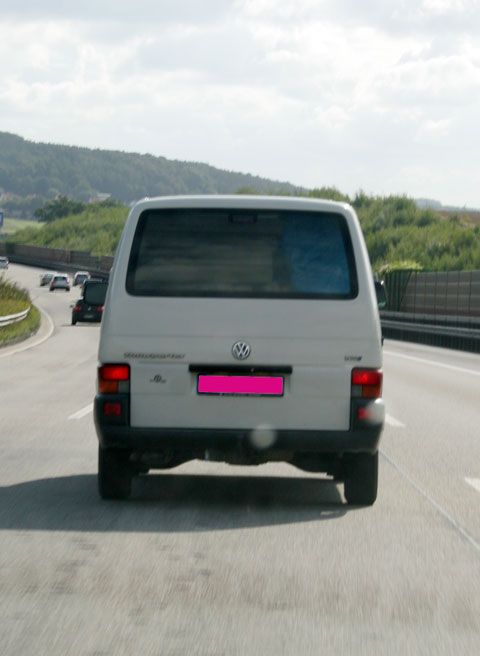 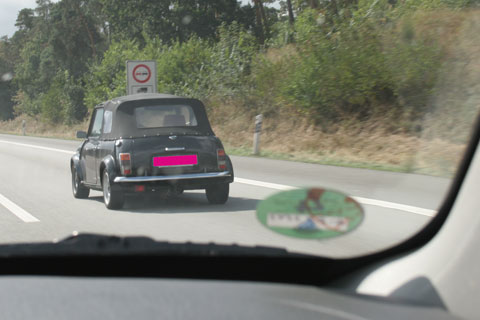 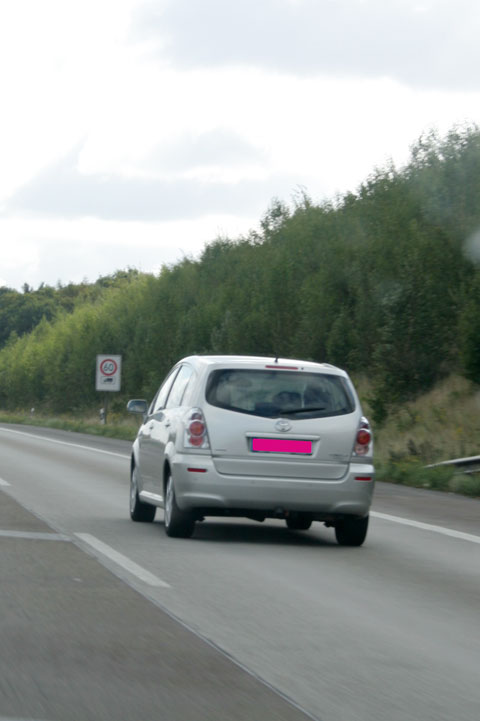 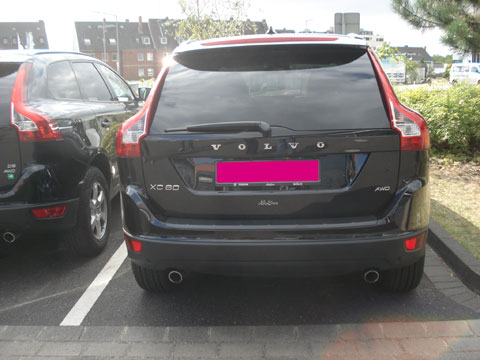 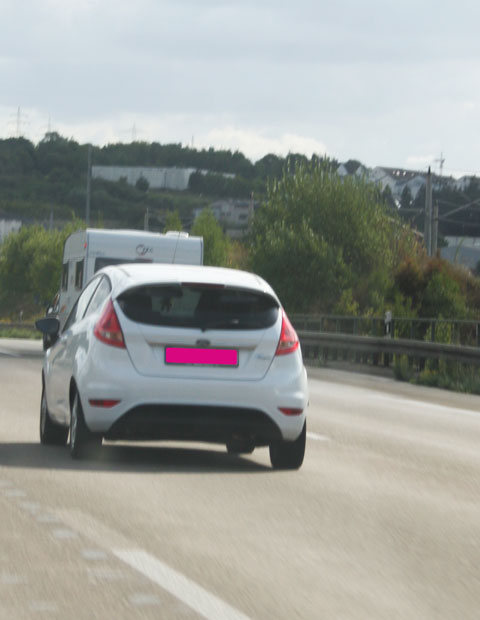