A pavilion without a kitchen or toilet? That can only be the consequence of some life-despising ideology. Women, children and cats should kindly remain outside if it's a matter of the state representing itself. If you bring them in, everything will turn out fine - or it will at least be ridiculous, humane and confusing in a productive sense. Naturally, for everyone interested in art the German Pavilion is a must-see, even though a fair number of people have (albeit, never openly) poured scorn on Liam Gillick's pavilion with kitchen. Yet he is only trying to deliver what he has always sought to do, namely a bit of practical liberation from ideology accomplished by complicating the benefits of a thing as regards its institutional circumstances and in this way offering a lucid reflection on just how complicated the conditions we live in. Since he often cites an "applied" Modernism in such instances, design inevitably also plays a role.

Entering the pavilion you are stuck by a sense of cheerfulness

What initially strikes you most are the colored curtains made of colored plastic strips both at the entrance and the corridors through to the ancillary rooms. They brighten up the massive building, look undoubtedly like a work by Liam Gillick, and also recall that summery Italy which we Germans have sought for our souls since time immemorial. Together with a new, white coat of paint they alone serve to breathe fresh, democratic air into the fascistic architecture and create an open and cheerful atmosphere in which it is impossible to feel too much reverence either for the building or the state or the work of art.

In other words Gillick‘s intention - like that of curator Nikolaus Schafhausen in choosing the Englishman - is to create a counter-program to some officious contribution of whatsoever a nature. He therefore effectively opens the pavilion up for the private and everyday, which was redesigned in 1938 by the Nazis, namely by German architect Ernst Haiger who replaced the Ionic columns with four solid rectangular pillars topped by an architrave bereft of a pediment - destined to showcase the Third Reich. Like several of his predecessors, Gillick thus takes his cue from the pavilion's past, but he does not embed a counter-design. Instead, he creates one of his "What would have happened if" scenarios in order to change our view of the place.

The most important ingredient of his strategy: standardized elements made of light, untreated wood that immediately bring to mind a fitted kitchen. In two long rows alternately open and closed but also with perforations they run in two cabinet-high kitchen lines diagonally across the main room and through to the two ancillary rooms. Between them is a rectangular kitchen island at working height, forming an empty center. Finally on the first high element of the rear row of kitchen units sits a stuffed cat bearing a piece of paper in its mouth. What the kitchen cat has to tell is a story of misunderstandings, wishes and misinterpretations, which you can read about in a small brochure distributed in the rooms.

Amongst other things it say that the cat will have become somewhat pretentious over time. Gillick's intervention seems no less pretentious. Elaborating on the genesis of the kitchen installation, the catalog informs us that Gillick transferred his daily working environment, his kitchen (which he uses as an improvised studio) to the German Pavilion. After months of work in his kitchen during which his son's cat persisted in slinking around him he focused on the issue of who was speaking with whom and with what right. The point of reference for Gillick's reflections on applied Modernism was Margareta Schütte-Lihotzky's "Frankfurt Kitchen Unit" designed in 1926.

Evidently the pavilion is not just about kitchen design but above all about the ambivalences involved in applied Modernism, which seems to been both liberating and affirmative in thrust. For example, the "Frankfurt Kitchen" might have upgraded the value of women's housework but it also condemned her to isolation in a small kitchen where work routines were rationalized and optimized as if a matter of industrial production. Gillick's discursive design certainly makes one aspect of our history perceptible in all its ambivalence, when he alters the institutional space and demonstrates the social utopian aspect of Modernist design as seen in the fitted kitchen. And yet as so often with Gillick's works the whole thing comes across as overly intellectual and becomes lost in the expanse of its complexity.

In his "Berlin Statement" dating from February 2009, which serves as a sounding board for his Biennial work, Gilleck explained that the installation addresses the construction of ideologies in relation to the designed world. He went on to say that he sought to present a generalized and specific perspective corrected by equal amounts of skepticism and enthusiasm. Elsewhere he said that his work is based on an examination of how ideologies seep into the designed world. That is not exactly something we could object to as, after all, every responsible designer today is concerned with how a need for representation and the wish for individual design can be combined, how a Modernism that seems ideological can be made "habitable". Nevertheless, Gillick's work is like an apercu filled with hot air.

Gillick has never been an artist to rely on easily understandable or even striking effects. He remains an advocate of a discursive art that examines the conditions under which the reception and production of art take place. Although by confronting the pavilion with a different type of functionality he succeeds in enduringly altering its atmosphere and effectively transforming its monumentality democratically and in a down-to-earth manner, ultimately he leaves the associations between ideology, architecture, design and behavior too vague. Gillick has shifted the historical vantage point and realized precisely what could be expected of him: A visual production as a substitute for a discourse. No less, but also not more. The fact that such an approach can only look out of place on a fairground of the vanities such as Venice is part of the plan. 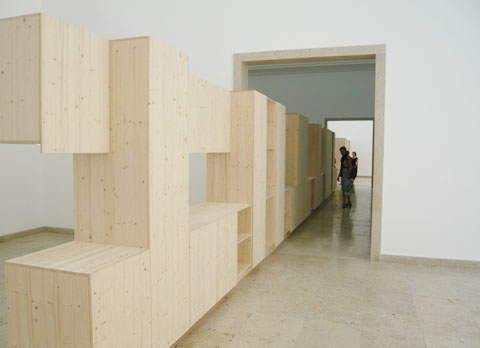 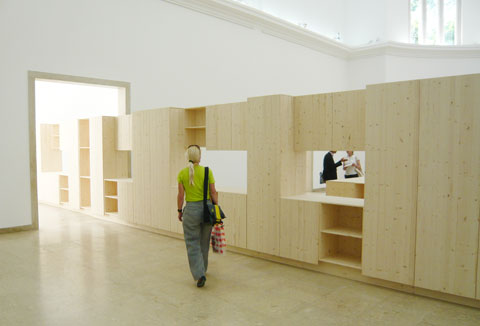 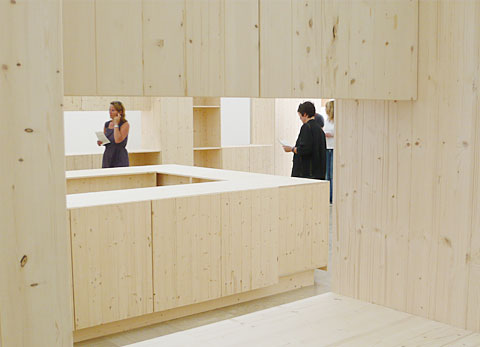 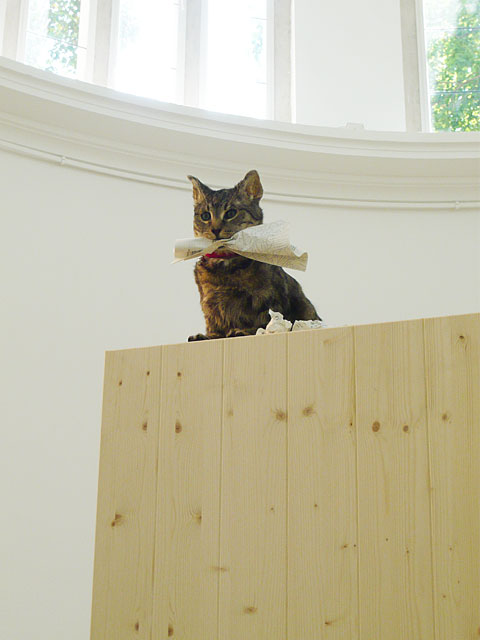 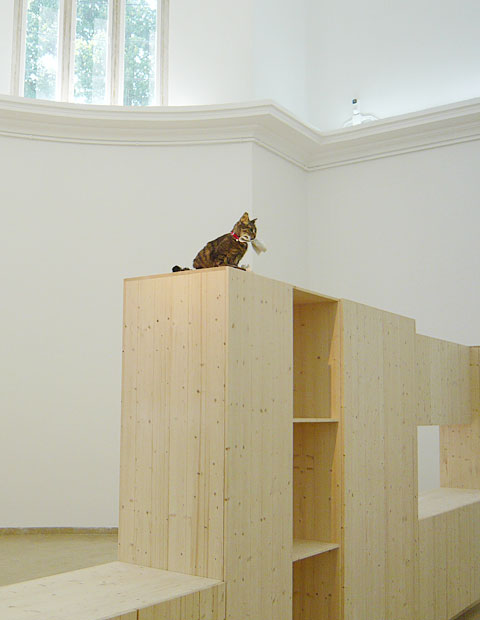 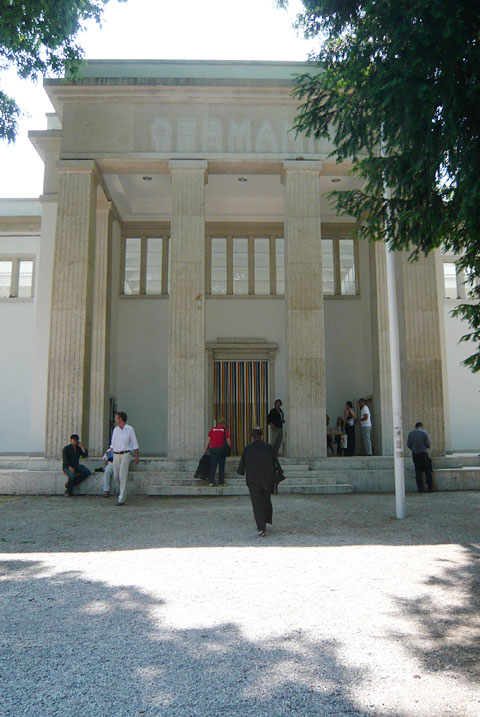 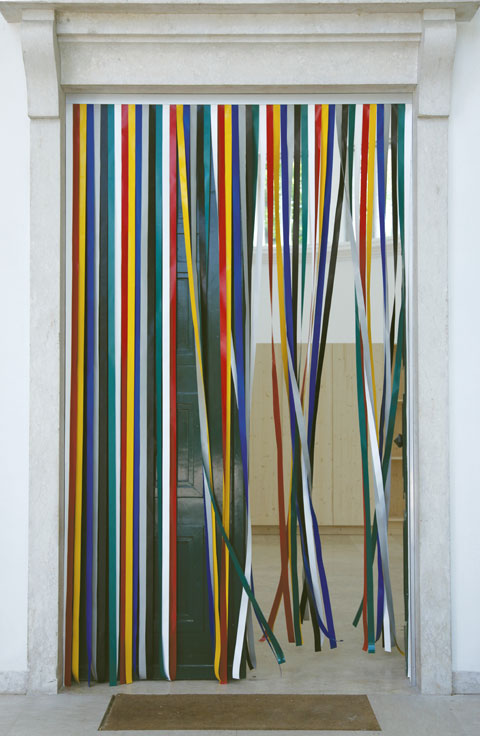 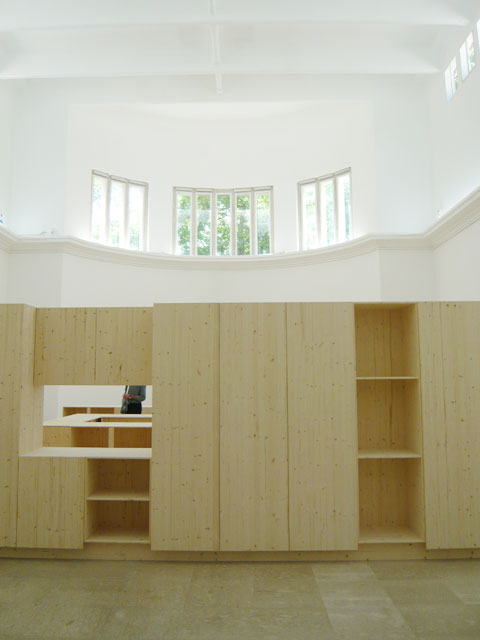 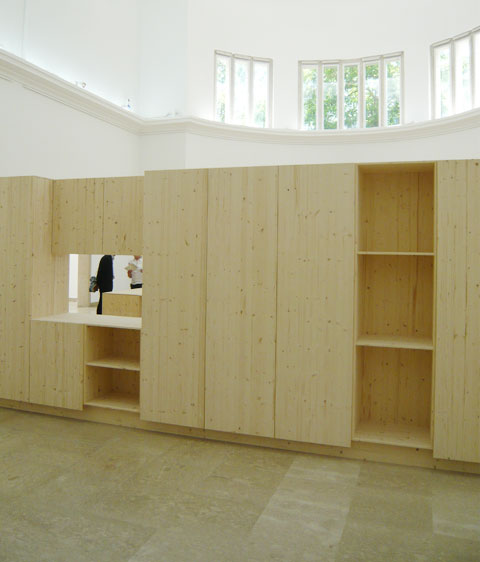 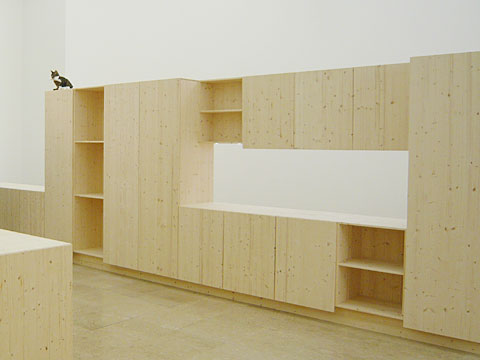 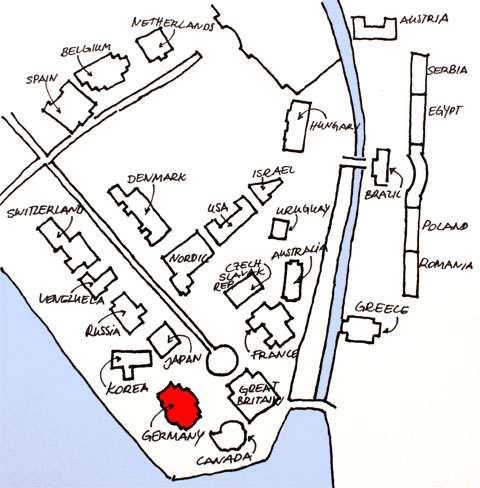