In a world of instantaneous media we are now very familiar with images of beautiful automobiles situated next to iconographic buildings. In this guilt-by-association paring of car and architecture the products are well placed mutually reinforcing each other. While buildings and cars are fundamentally very different from each other a current emphasis on surface effect, that is, the skin of a building or car locates a disciplinary overlap central both to architects and car designers.

In the summer of 2008 BMW unveiled to the public their concept car "the GINA Light Visionary Model" designed by Chris Bangle, former head of BMW Group Design, and his team. GINA is an acronym that loosely stands for Geometry (shape) Function (how it works) and an Infinite Number of Adaptations. Applying emerging technologies GINA re-thinks a car body and interior styling by substituting traditional sheet-metal with a Lycra-based elastic fabric that is stretched over a light-weight aluminum space-frame that takes care of the car's structural and safety requirements. This flexible skin can move allowing doors, headlights, and the hood of the car to „fold" open organically responding to functional needs or to change the shape of the car stylistically. The skin is also translucent allowing taillights to shine through the material seductively then disappear when off. Each owner has the ability to customize his or her car at the switch of a button. While unlikely to go into production anytime soon GINA has attracted enormous interest.

GINA is complimented by the ecological fact that it uses much less material and manpower to build. One square meter of GINA skin is a tenth the weight of painted sheet metal dramatically reducing the environmental impact and energy expenditure. The car can be completely clad within two hours by two people further saving time and money.

Design follows technology. The New York Times's Alice Rawsthorn, regarding GINA, wrote in July 2008 that: „If you rewind through design history, the most thrilling periods are the ones of the greatest change, when designers interpreted shifts in science, technology, behavior and politics for the rest of us. Take the explosion of innovation during the 1920's „machine age" and the 1960's „space age"." In other words design has the best chance to advance when emerging technologies offer new opportunities, challenges, and limits to the process.

With this in mind we sat down with Chris Bangle at the Paris Bar in Berlin in summer 2008 over drinks brainstorming ideas for continuing our collaboration together which had begun with our winning an invited competition for BMW's new concept and design house in Munich. While the economic downturn put that project on hold we had the chance to continue collaborating together by teaching a design studio at the Harvard Graduate School of Design in fall 2008. The question we formed in Berlin was how could GINA, as a technological philosophy, cross disciplinary boundaries and re-shape how we think about architecture?

The model we chose to re-visit is the American suburban dwelling with GINA introduced as a technology for changing the status quo. Suburbia seems in need of new ideas, a dystopian quandary, with oil in 2008 approaching $150 a barrel, doubts about the sustainable viability of the commuter split between living in suburbia and working in the city, and doubts about the car industry and single ownership. One model that inspired the American suburb of today was Frank Lloyd Wright's Broadacre City: an utopian car-inspired community where each family lived in a Wright designed Usonian house on a single one-acre parcel of land. The entire population of 1930's America could easily fit into a territory the size of Texas. While this agrarian model of self-sufficiency gave way to the suburbia of today we asked ourselves what other models could re-think different forms of land-use, eco-topes, sites for sport or leisure, the workplace and how we live? What would Broadacre mean today and how could a technology like GINA contribute to these new visions? How could the car fit into this relationship?

With 14 students at Harvard we organized the studio so that individual students could make unique proposals based on their understanding of selected suburban sites around the US with GINA as a future applicable technology. Architecture seemed to be a particularly well-suited discipline for GINA, one that would benefit from its inherent kinetic possibilities. GINA offered real means for a return to the dream of kinetic architecture where buildings move and change in response to program, space, orientation, sun, and weather. True, historically, if one's body moving through space animates architecture, here was the possibility for two actors in motion with the other, the occupant and the building itself. It is a technology that challenges architecture's very essence as something fixed and static. It challenges what a house should look like iconographically. Form and space as a fixed constructs as well as our physical body's relationship to it are states that can be modified simultaneously and instantaneously. In this sense we had a chance to re-think modernism's quest for flexibility that now offers it as an inherent quality.

Responses from the student work varied from infrastructurally utopian projects, mega-structures, to projects that could be made, now, to order, and economically from IKEA. One project the "GINA Teleburb" resembled a large constructivist array of telescoping armatures which could extend, turn, or contract linking to neighboring houses as needed socially or programmatically. The same project could lift itself up like a mechanical spider above flooded sites thus rendering them useable and viable.

Another series of stacked houses organized as towers "Coilhouse" could coil or uncoil spirally opening up to good weather or closing down in bad. These houses got fat or skinny and expanded when you had too many possessions then got rid of them.

Another house, the one well suited to IKEA, "GINA Container", is a delicate box structure clad in delicate fabric louvers, which rotate and move conditioning light and view.

"Playing with Architecture", a series of polygon clusters of elastic skins on metal tube frames that change shape and orientation to the sun like sunflowers. Oculus openings in the roof open or close depending on amount of light and air desired. Additional space can be added to or subtracted from your house by simply negotiating with the neighbors.

With projects like these students learned and proposed concepts that radically re-think the possibility for social negotiation: almost all projects formed social networks that placed individuals in a compelling and ever changing dynamic regarding ownership, privacy and public space, the car and cultural interface. Most projects spelled the death of the individual single-family house on an undifferentiated parcel of ground. The student projects favor a more collective and inspired use of natural and reclaimed landscapes and how we might work and live together in the same place offering an up-date on Wright's idea of self-sufficiency within a community of many.

It became clear that GINA is a philosophy and not an application particular to one discipline alone. With this in mind it is easy to speculate that GINA could apply to other design disciplines such as furniture, product design, fashion, sport, or conceptual art all offering compelling and differentiated opportunities for this technology to react to. If technology is something that can make a mess of our lives it is also probably in the best position to improve them as well be it the houses or cities we live in. In this sense we are committed to better understanding the potential of emerging technologies to transform these worlds aesthetically but also performatively in the latest reiteration of form and function. What also struck us as true from this exercise was the enduring belief that the only way out of stylistic traps is for emerging technologies to drive design forward. Experimentation leads to authenticity. It marks a dynamic crossroads where the trajectories of technology, sustainability, imagination, and design intersect where we, as designers, become our own best experts determining the means to communicate ideas. 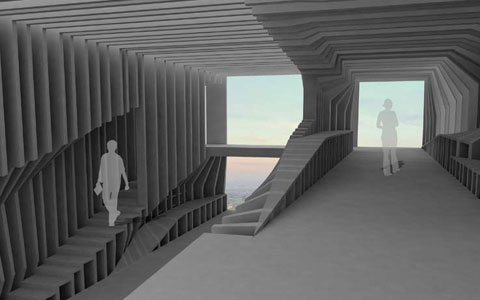 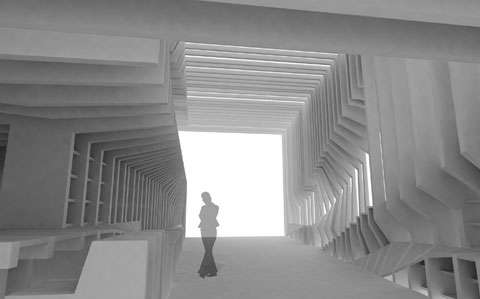 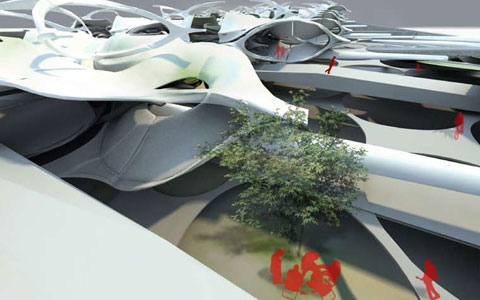 The GINA Teleburb by Kent Gould

The GINA Teleburb by Kent Gould 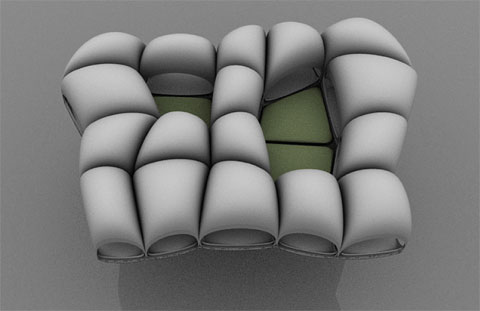 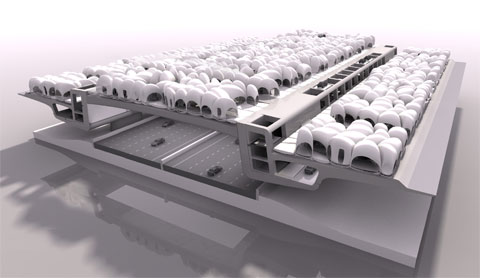 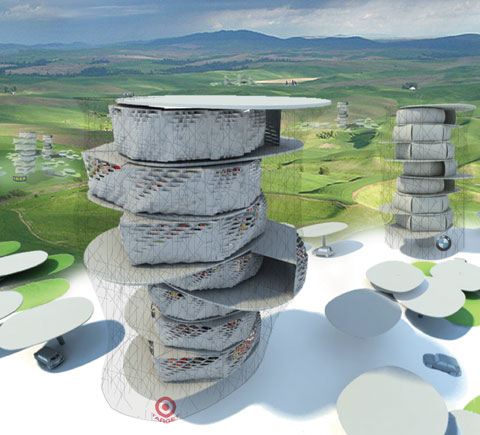