The dark red brick colossus that graces the invitation card to the current show at Berlin's Aedes architecture gallery seems mucho mysterious. Somehow archaic and fortress-like, attributable neither to a particular style or culture, the edifice is hard to pigeonhole. More is revealed by the title of the show: "Dense Modernities. Kim Swoo Geun – Korea's Architect for the Twentieth Century", which also presents the image or a relatively new building. And in the exhibition itself we learn that the structure is the Kyung Dong Church in Seoul, built in 1980 and a late but key work by Kim Swoo Geun (1931 to 1986). In fact, this incredibly expressive religious building, made of brick and fair-faced concrete with its spectacular outdoor congregation hall on the roof should on its own suffice to give its maker a firm place in 20th-century architectural history. After all, in Germany (as presumably in most countries around the world), Kim still has to be presented as someone worth 'discovering'.

Which is certainly not the case in South Korea, where his versatile oeuvre is the benchmark to this day. There, Kim Swoo Geun is the undisputed single most important Korean architect of the 20th century, and also considered the founder of local architectural Modernism. Alongside his outstanding role as an architect, Kim as an expert on and patron of Korean culture also had an emphatic influence on the artistic and cultural development of the country. He took to the stage as an author, as founder of the journal "Space (since 1966 it has been the leading Korean architecture and art magazine), and in 1977 founded the "Space Theatre", which was soon toe merge as an avant-garde center for dance, music and literature.

Kim Swoo Geun, who fled to Japan in 1950 to avoid the civil war at home and graduated in architecture in Tokyo, saw his career truly soar on returning to his home country. He was awarded countless jobs, and with his influence was for a time considered something of the state architect of South Korea. Kim construed building as a way of forging a new, culturally informed identity for his country, ravaged by decades of Japanese occupation and the awful civil war. His version of Modernism, which justifies international interest in his oeuvre, draws on various sources. Firstly a critical enquiry into works of his peers, such as Frank Lloyd Wright, Le Corbusier, Marcel Breuer, Oscar Niemeyer, Kenzo Tange, Louis I. Kahn, Carlo Scarpa and perhaps also Gottfried Böhm. Secondly an up-to-date re-interpretation of specifically Korean architectural traditions.

The traveling exhibition on Kim Swoo Geun assembled by a team of Korean curators (and now stopping off at Aedes, where contemporary Korean architecture has been showcased on several occasions) presents a representative selection from his oeuvre. It begins with a richly illustrated chronological account of his life, shows some o Kim's leporellos of sketches, and, as a highlight, the career plan he personally created and for which he devised a graphic form that is quite unique and truly beautiful. The heart of the exhibition are a total of 20 architectural projects, including a couple of unrealized proposals, such as his entry for the competition for Paris's Centre Pompidou, each presented with the help of finely made wooden models, sketches, plans, photographs and brief explanatory texts. The spectrum ranges from the Freedom Center and Tower Hotel in Seoul (1963), with its impressive sculptural monumentalism, via major urban planning projects, through to the usually small-sized brick buildings of his later period, such as the Space Group of Korea Building (1971-7) or the afore-mentioned Kyung Dong Church, where he proves to be a master of spatial composition and a sensitive use of the materials.

His presumably best-known building is of course not absent from this selection, namely the dynamically curved Seoul Olympic Stadium (1977). Unfortunately, the material presented in the exhibition does not always to suffice to give the viewer a comprehensive idea of the individual projects. And the slender Aedes catalog published to coincide with what is a decidedly conventional exhibition in conceptual and design terms, does not really provide much more. None of which should detract from the fact that one should definitely not miss this rare opportunity to peruse the oeuvre of Kim Swoo Geun. 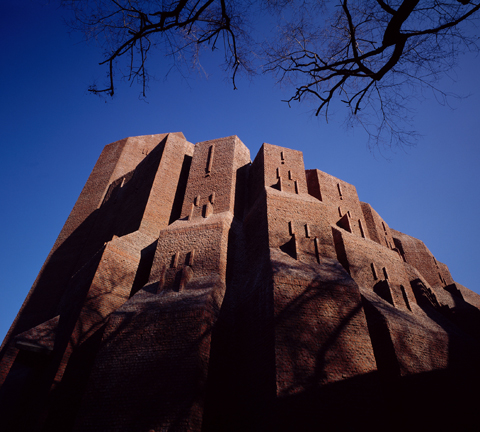 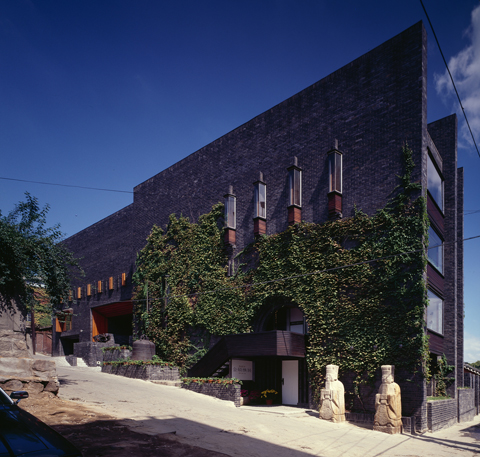 Space Group Building The first building to be built for Space Group was designed by Kim Swoo Geun in 1975. 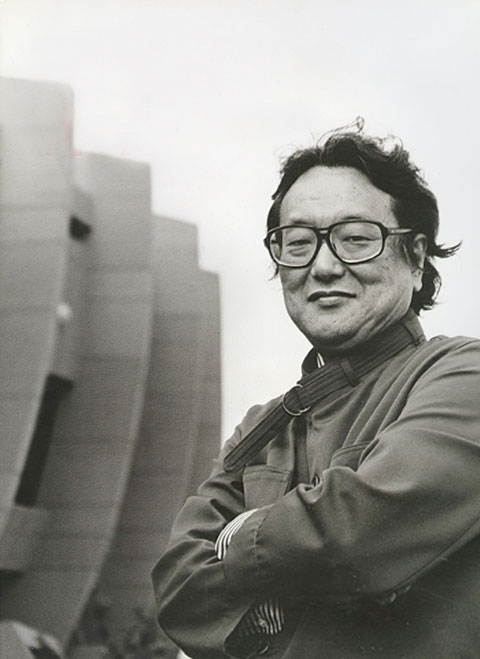 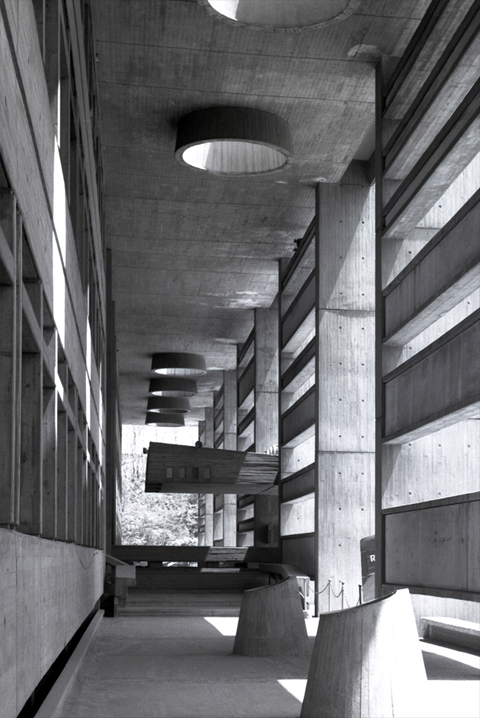 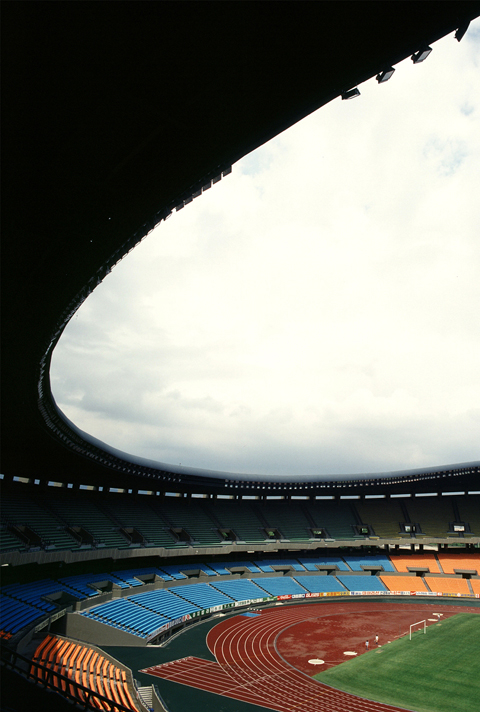 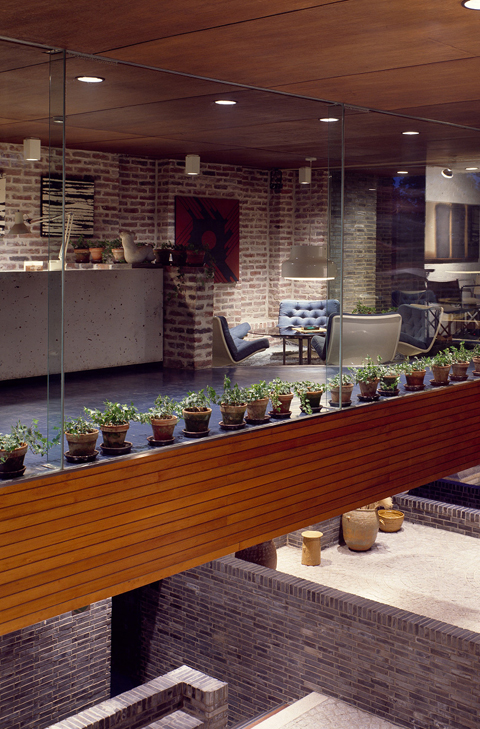