It is a powerful symbol: shortly after stage 1, with the abolition of the incandescent electric bulb on 1 September, the first major office building to rely completely on LED as a light source was opened in Hamburg - the Unilever Headquarters. Together with the Nimbus Group of Stuttgart, a leading manufacturer of general LED lighting equipment, and the studio Licht 01 - Lighting Design in Hamburg the architects developed a sustainable lighting concept, which has done away completely with conventional lamps. Nimbus managing director Dietrich Brennenstuhl has no doubts: "We are convinced that there is no alternative to LED in the medium term." The developers and architects expect that the higher purchase costs of LED compared with conventional lamps - up to 30% more - will be quickly amortised by lower running and maintenance costs. Instead of lighting only the workplaces with LED, as originally planned, this argument finally convinced the future building's owner, the Unilever Group, to commission a major order for 3,000 serial and special lights for the entire lighting of the building. Thus, along with 1,400 workplace lamps for the Unilever staff, the building uses various hanging lamps, modules incorporated into the ceiling, and four huge LED ring lights, specially developed by the studio Licht 01 with Behnisch Architects, for the atrium.

At a time when the proper energy balance of a building is playing an ever greater role, it looks as if LED will really be able to establish itself as the lamp of the future. The atmospheric quality of LED light now seems also to have been successfully improved. Thus at Unilever, among other lighting arrangements, a total of 1,400 LED standing workplace lights are in use for the staff, designed to reduce electricity consumption at workplaces by up to 70%. This applies only to the so-called "efficiency mode", however, in which only direct lighting is in use. If indirect light is switched in, consumption rises accordingly, so that in the short term only experience of usage will provide a correct indication of the precise energy balance.

If LED is used responsibly, however, there seems no doubt that electricity consumption can be considerably reduced from that of conventional lamps.
So LED will continue to triumph. 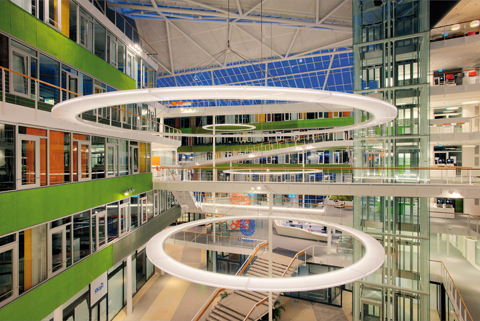 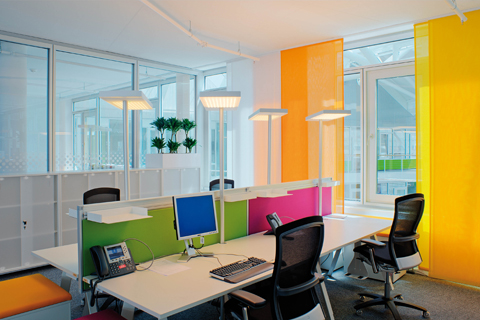 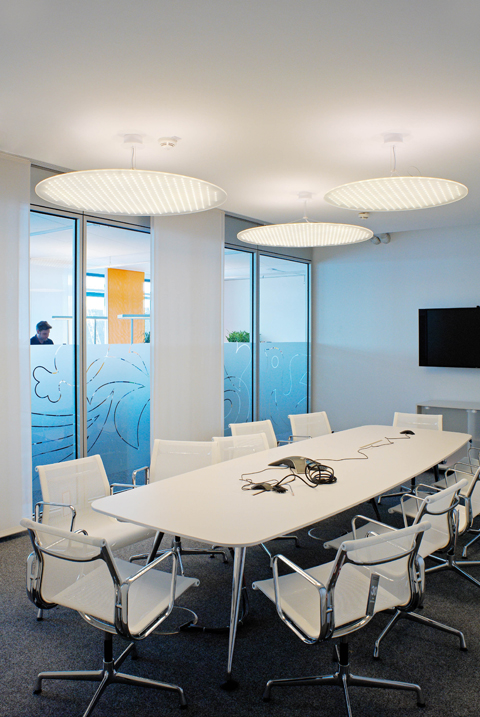 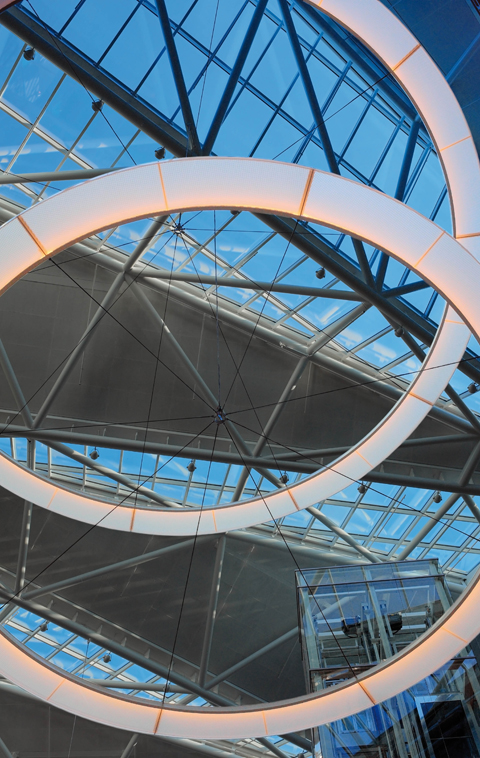 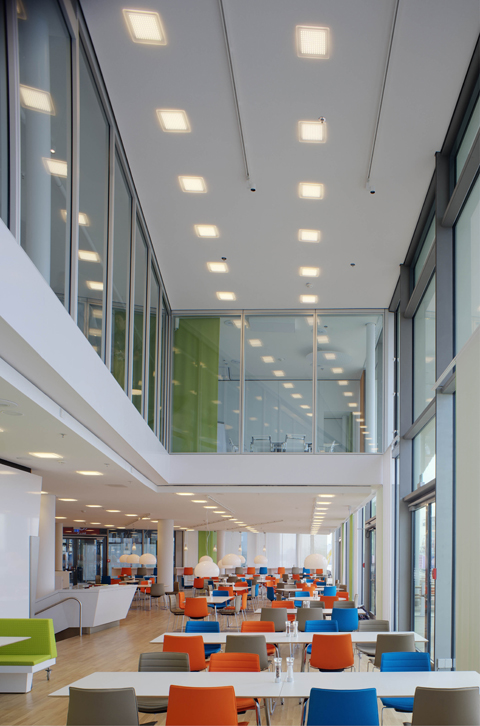 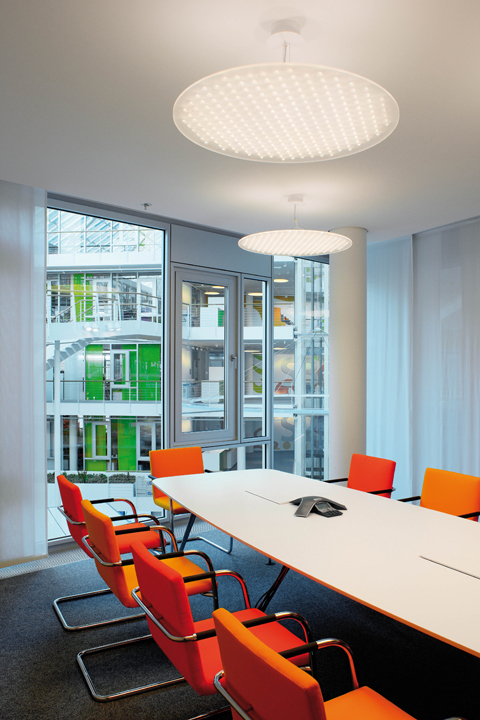 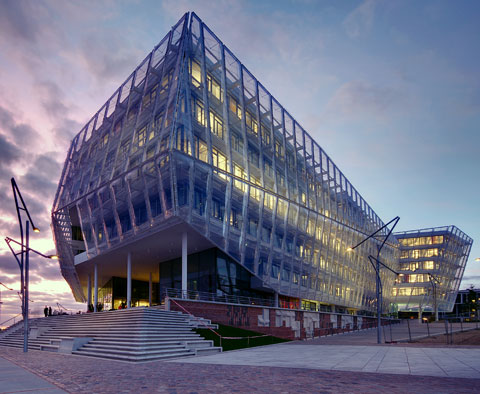