We all know the game from the fashion and women's magazines, which conduct the prediction business as a matter of routine. What the trend color green is in Spring (if it is not yellow or orange) is the rekindled joy in color in the Summer, in blue-and-white or in the Fifties', Sixties', or Seventies' look. In October, this gets followed by the trend to snuggle, meaning Angora, and in January reflection on a simple life, and thus a return to linen attire. And so it goes, year-in, year-out, with minor differences, such that looking back what you see is a clear image of the respectively past present. Trends, or so we learn, merge with hindsight into the image of a decade or epoch.

Not every segment of the consumer goods industry moves as fast as does the world of fashion, which insatiably gobbles up and reinterprets that which has already been. The furniture industry, for example, would be hard-pressed to match the rhythm of change by season that obtains for fashion. After all, it takes one or two years to develop a sofa or chair. For the simple reason that furniture has to be persuasive in terms of both form and function, be someway economic to manufacture en masse and at a price that can be carefully computed beforehand. And depending on the designer's ambitions the process can take a lot longer until the right material is found to perfectly execute the idea. It can take time till the manufacturing process has been optimized, the dealers convinced, and the market launch celebrated.

Nevertheless, trends and their PR-based prediction play a role in the furniture industry, as can be discerned specifically at trade fairs. The latter are nothing other than turnaround points for promises that will first be fulfilled once the goods hit the stores. Will the new sofa really sell? A piece of furniture will more readily find its way into a showroom if it can be embedded in a trend. That enhances its persuasive appeal and gives dealers strong arguments in its favor. Which is why today there is no trade fair worth its salt that gets by without a trend report. In furniture design, the floor is opened in January at the imm Cologne: "Emotional Austerity", "Surprising Empathy", "Re-Balancing" and "Transforming Perspectives" - the terms a group of experts found to bring ostensible order to the chaos of all the new and less new items of furniture that were on show. How many of the very latest models actually get finally developed and then find their way via dealers into homes is a professional secret. The one or other trend just evaporates in the course of the fair.

Moreover we learn that the name given a trend is not so important. What it means is something that the consumers and buyers need not know so exactly. After all, one thing is clear: In the case of the trend-setters in Cologne, the terms culminated in the wish for sustainability. That itself is a trend that has emerged over the last few years. If it persists for a little while it will no doubt establish itself as a megatrend, which could in actual fact be very useful.

In February, Frankfurt's "Ambiente" followed, which considers itself the keynote trade fair for the dining room, kitchen, gifts and living accessories. It, likewise, first and foremost presented a large number of things, very different things: 4,300 exhibitors familiarized dealers with what they hope will be bought in the near future. In Frankfurt, Stilbüro Bora.Herke was responsible for providing the orientation and likewise identified the trends. And here again the whole matter seemed to be shaped by a need that somehow sounded like sustainability: We want continuity not short-lived fashions, tradition not trends, quality instead of trash, said trend researcher Claudia Herke in interview with the trade fair organizers. It by no means thus abolished itself, because here again the key thing was that a need gets bent this way and that, exposed to copywriters until it can be readily fit into a Moodboard and be illustrated with images of the new furniture and accessories. "Cute" is saccharine as in the Fifties, admittedly reinterpreted and trimmed to appeal to today's traditionalists. "Raw" is geared to those nostalgic for industrial life, who need a hard base for a life that has become digital. "Refined" refers to a leisurely modernity that is located somewhere between Bauhaus classic and Vitra chic, and is thus expensive. And anyone who dares a glance across the borders will be attracted by the "Mash" trend with ethno-touches and turquoise blues.

Discerning trends is a matter of observation, and that gets done professionally. It is just that trendscouts tend to register what they already know. Not only the consumer goods industry thrives on this, but also the media. They, too, assume that readers and viewers want to be affirmed in what they already know. Which is why anything that gets seen or heard or reviewed thrice gets the opportunity to first be news and then, with media self-reinforcement, shortly thereafter to become upgraded to trend status. This, in turn, confirms things for the trendscout, who feels he or she has not been far off the mark. And who would be more suitable to lead the chase than the journalists and editors who are devoted to the joyful fun of culture, fashion, design and music? Annoying, though, if on the basis of a few observations they deduce there is a development that does not then happen. That's not so awful, however, as who's interested in yesterday's trends if three new ones can be proclaimed today.

Trends, and that is the third lesson to be learned here, only have a limited amount to do with the new. Rather, they make use of things that are there anyway, bundling them, as it were. However, they are first confirmed if, as the wording has it, they are "well received", and to that end you need the real consumer avant-gardes, the so-called "early adopters". The consumer goods industry remains reliant on them. It is they who first make a product into a new product and lay the foundations for a truly new trend. They overnight in sleeping bags outside the store in which the latest H&M fluff will be floated. It was they who uploaded criticism of the beta version of the successor product onto the discussion forums, while we were still wondering whether we should not buy one of the first Smartphones series.

It remains to ask: Why do they do it? Well, they think animistically. Anyone buying really new, i.e., avant-garde products, relies on the original meaning of the term avant-garde. Embarks on military reconnaissance, makes certain there's a vanguard, like any avant-garde does when spearheading an army. The comparison between avant-garde and humans, those deficient beings, was already made by psychologist Alfred Adler in 1912 in his book "On the Nervous Character": If I know what's coming I can prepare for it. The choice of the newest of all new products is nothing other than overcoming contingency, a guarantee of a life free of surprises. Making that choice possible in the first place is the deeper meaning of all new products that thrust themselves upon us and force us to ‘upgrade'. And not the complete confusion, as we simple minds complain. He who wants to be surprised by the new, however, will love contingency - and will forego any hedging such as is offered by the trend researchers. 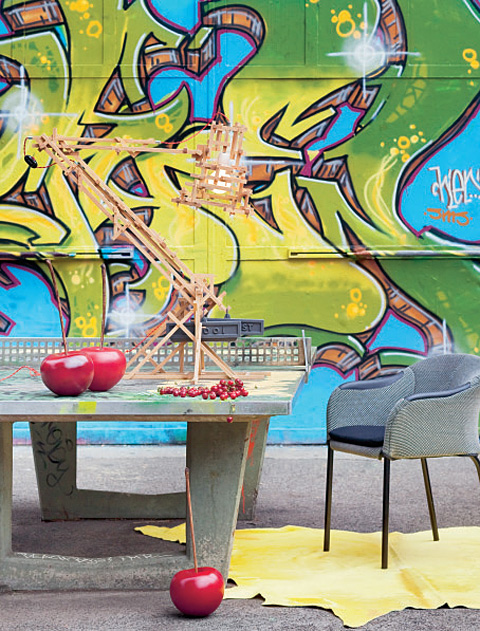 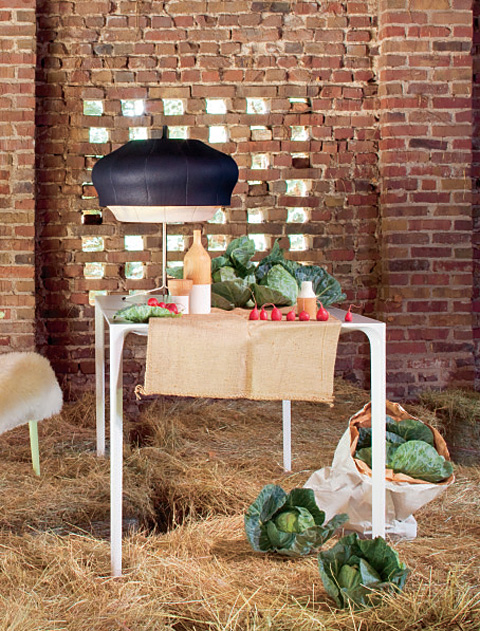 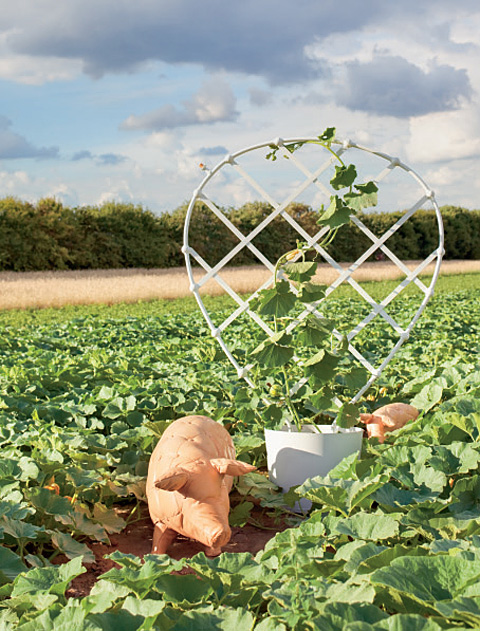 e from the image whether it recommends living in fields. © Trendbook imm cologne 2011 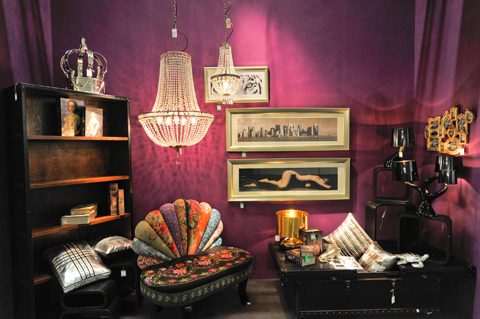 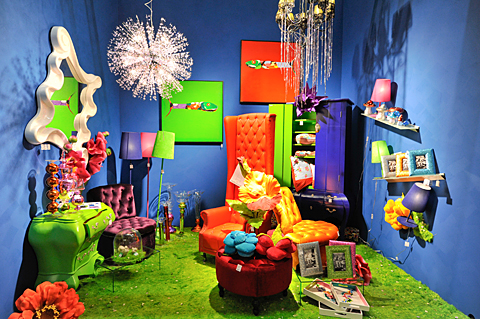 From the colorful world of hybrids. 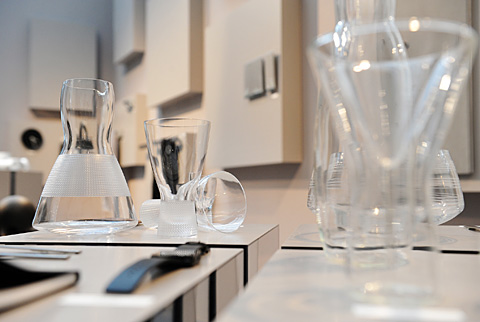 As clear as anything: The “Refined” trend stands for “a relaxed Modernity” with that “feel-good factor”. Whether the “search for a definition of new Classicism” will in this way lead us to the goal? © bora.herke stilbüro, Ambiente 2011 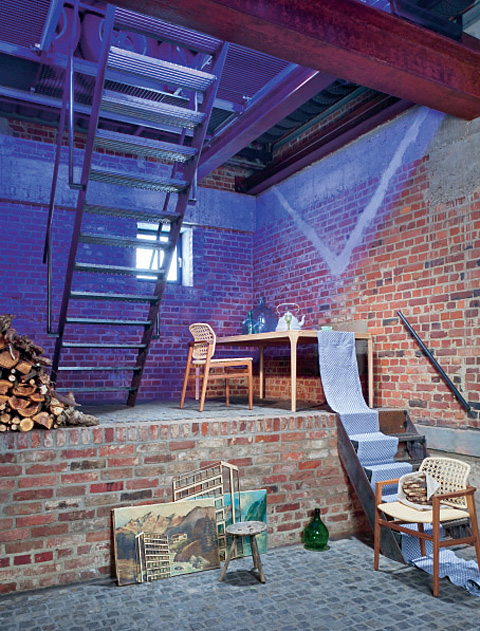 Barn with Oil Painting or Joy in the Simple: the trend with the sweet name “Emotional Austerity” stages modesty as false appearance. © Trendbook imm cologne 2011 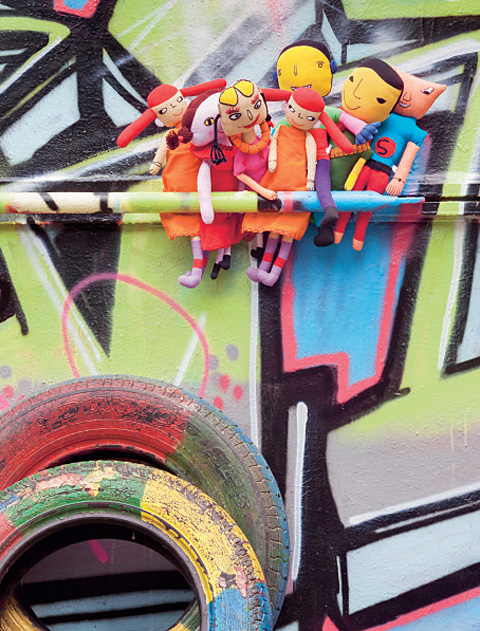 A little decoration does not harm or mobile puppets: This illustration is likewise part of the “Transforming Perspectives” trend. © Trendbook imm cologne 2011 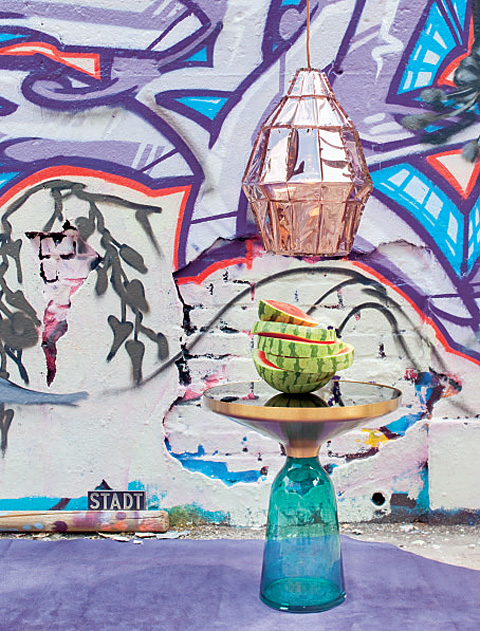 If one only had this photo to look at in order to identify a trend, what would one come up with? Is it all about the city and the melon, or the “Urban Melon” trend as opposed to urban mellow? © Trendbook imm cologne 2011 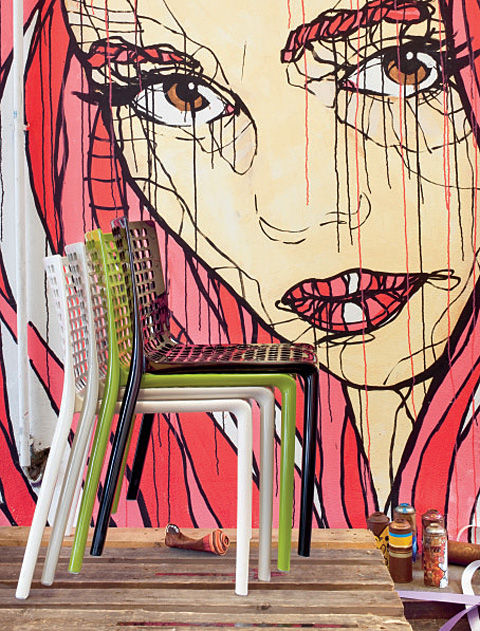 Melancholy gardening: “Transforming Perspectives” as the name for a trend does not state anything other than the underlying rule of trend research itself. © Trendbook imm cologne 2011 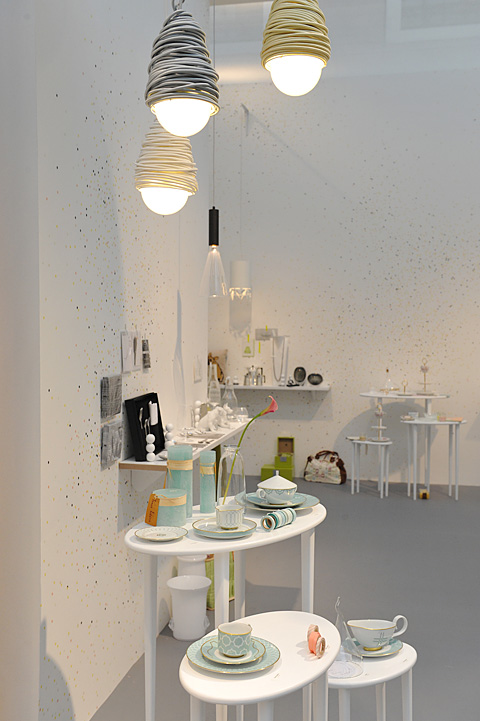 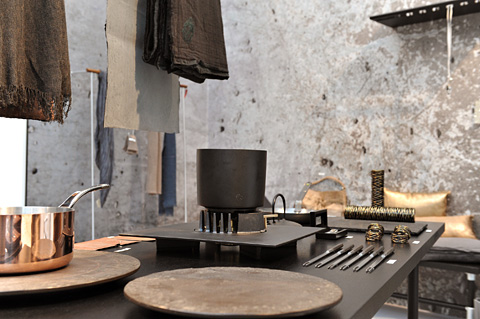 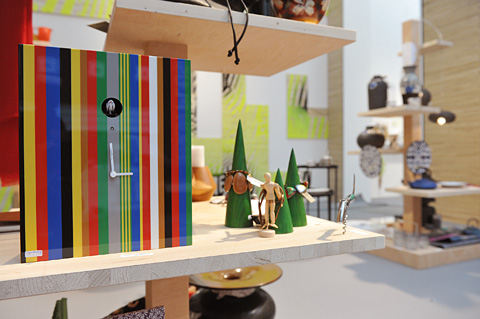 Refined, merry and untroubled? “Mash” combines “all things colorful, joyful and expressive”. Needless to say, “diverse ethnic influences and unique designs” are a must here, too. © bora.herke stilbüro, Ambiente 2011
Advertisement