"But that is interior furnishings, just design, it does not interest me," scolds a colleague from the capital. But there is not a trace of "Home & Garden" here, or at least only in the past tense and in conjunction with the fairy-tale opening line of "Once upon a time ". A Modernist bungalow for a mysterious Mr. B. and somewhat more conventional home for a Family A. that is not decorated very tastefully - now that is a thing of the past. Today, the fine interiors only provide a setting for failure all along the line. The family's home is up for sale; the estate agent ushers prospective buyers - in other words all of us - through the rooms, which are expensively decorated and equipped with all manner of art from classic Modernism through to the present. And next door in front of the bungalow with its ceiling to floor glass windows, Mr. B. drifts in the pool - dead.

Power as a setting

The stories that write our present reside in precisely such households. What looks like success is an end game. Splendor is over and done with. The setting alone remains. And because nobody really knows how to deal with it and what will come afterwards there is an irony and theatricality about the whole thing. After all, it is part and parcel of our emotions today that we either tart up to kitsch what drives us to distraction or use irony to distance ourselves from it.

Naturally, the environment that Michael Elmgreen and Ingar Dragset have installed in the two, adjacent pavilions of Denmark and the Nordic States is somewhat flat in its criticism of the state of the operating system art and the cast of "collectors". But that is only because the surface of the collection, you might say its display is fairly realistically portrayed and comes across as especially simplistic, something we are familiar with. Nonetheless, the work is not to be surpassed in cryptic humor and ironic self-reflection of the art business, given that it not only sketches an abstract image for art's identity-creating function but incorporates them and their potent lovers or at least purporting to be potent by actually equipping the two pavilions with corresponding works.

Splendor and misery of collecting

It is evident that Mr. B. not only accommodates catamites but also owns the respective art. Whether it is photographs of naked, young men by Wolfgang Tillmans, an author's desk by Simon Fujiwara or polystyrene cubes à la Sol LeWitt by Henrik Olesen, you encounter what people possess who seek to deck out their ego accordingly. Next door there are Frank Stella paintings by Elaine Sturtevant, a torso modeled on Brancusi, a dog by Mauricio Cattelan and much more that is shown in contemporary art exhibitions. Here it is part of a narration elaborating the splendor and misery of collecting. Unfortunately, the stairs to the gallery in the library that houses two sofas from the Alcove series by the Bouroullec brothers for Vitra, have broken away; unfortunately, there is a gaping hole in the dining room table. Some items from the beautiful china are lying on the floor. But that is no reason to worry. Somebody will be found with enough money and obsessive energy to slip into this empty skin.

Everyone is a collector

And so that everyone can immediately feel like a collector the catalog consists of a printed material bag full of small objects contributed by the artists whose works are up for admiration in the houses, and they should be admired, after all. For example, you can read on the bag that in Venice it is possible to fall in love with a lamppost. There is a lighter by Han & Him, a badge with a fingerprint and Mauricio Cattelan has even smuggled a greasy sausage into some bags. Does he not give a sausage about anything? No. The true collector collects everything, even a sausage as long as it promises to be art.

A model for the future?

However, it is not all fun and games in this fictional, feel-good world constructed of art. This product of the North is not only humorous, ironic exploration of the obsessions of collecting. It could also be a model for the future of exhibiting. At any rate, we can announce the very first cooperation between two national pavilions - the Danish and that of the Nordic nations Finland, Norway and Sweden - at a Venice Biennial. That said, Michael Elmgreen and Ingar Dragset, a duo that has worked together since 1995, not only set a new emphasis in this regard. By locating their art project on the fine line between a curated exhibition (the artists themselves say what they are doing, or rather staging), the presentation of a fictional private collection and a theatrically exaggerated environment, they dupe the contemporary exhibition system and its trend towards narrative productions. You need only look at the Palazzo Fortuny where for the second time Axel Vervoordt the dealer in luxury items stages his art treasures as a cabinet of wonders under the title "In-finitum", and you know what you are dealing with.

But that is not everything by all means. Elmgreen & Dragset also mark with their environment how much individual contexts overlap, the spheres of art and interior design, free and applied art are in the process of intersecting each other. In the same way that years ago people began to explore aspects of animated images and the cinematic beyond a Hollywood aesthetics suited to the masses today the focus is on the entire sphere of living as a way of life or language game. Specifically, as a behavior to the world in the framework of its entire social economy, in status, individual desire, the shifting or eroding of the divide between private and public play a role, in which greed and obsessions - decked out magnificently - strut their stuff, and even Death makes an entrance, as if he were part of a picture by David Hockney. Once upon a time, so goes the fairy tale, there was a people that wanted to live surrounded by art... 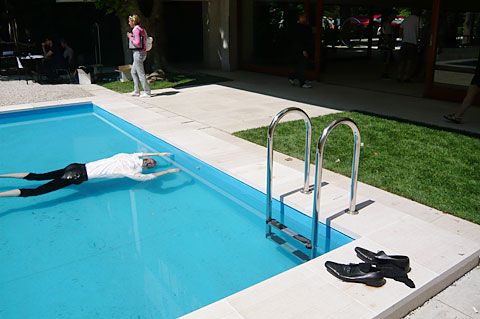 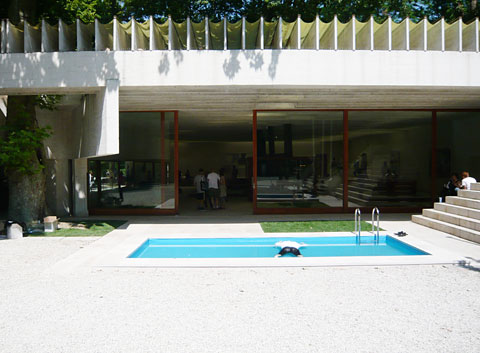 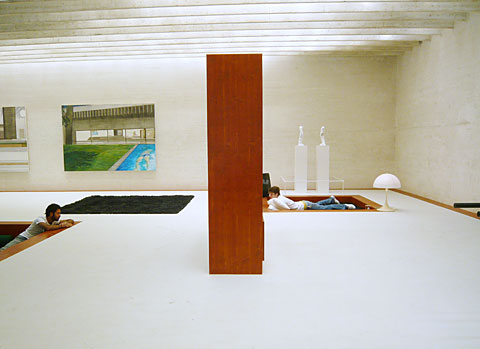 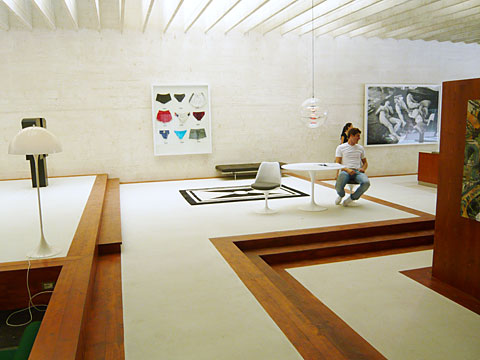 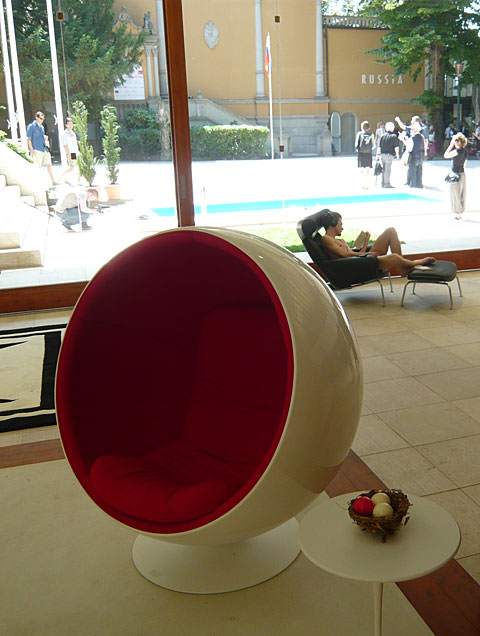 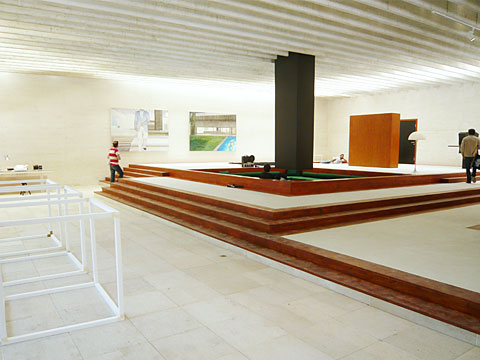 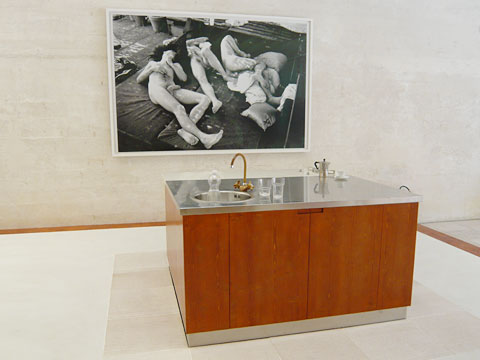 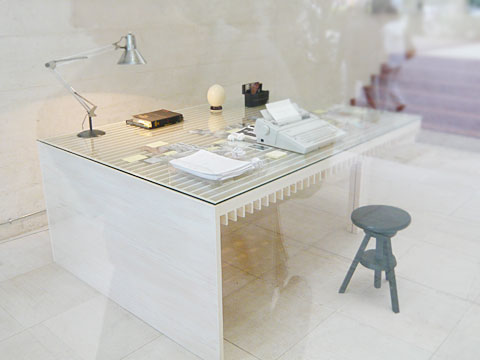 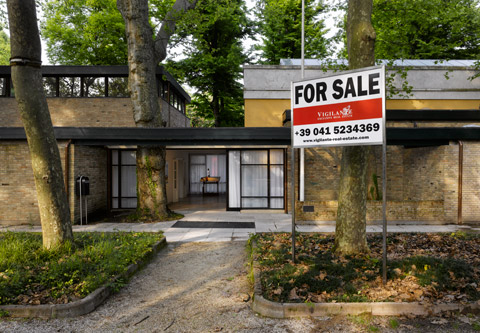 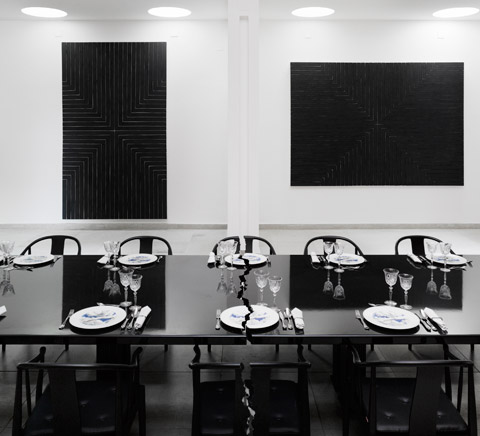 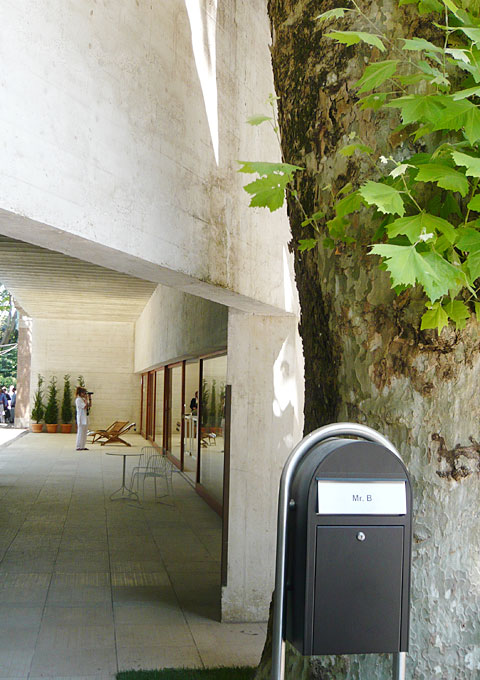 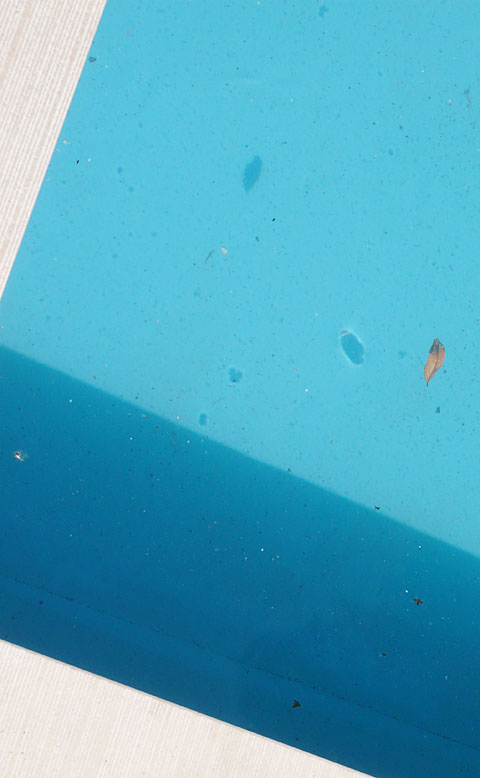 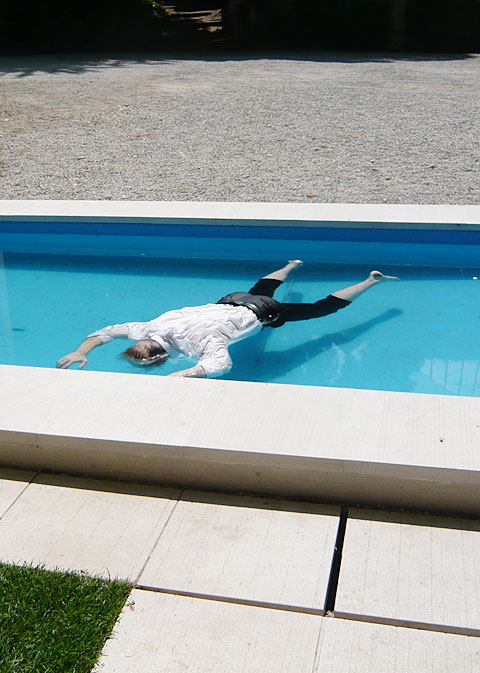 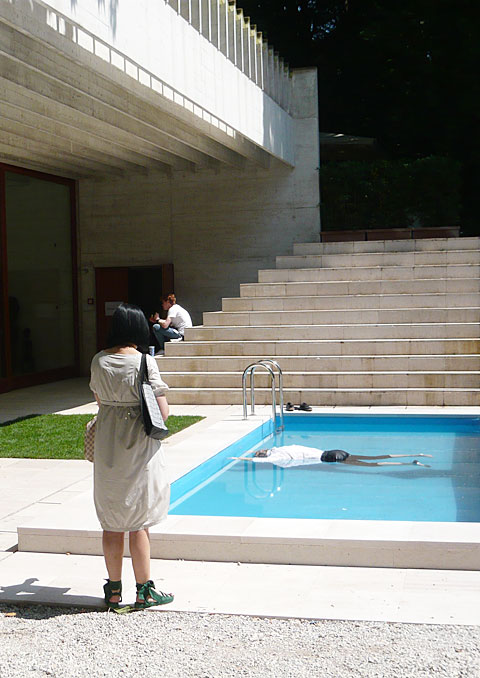 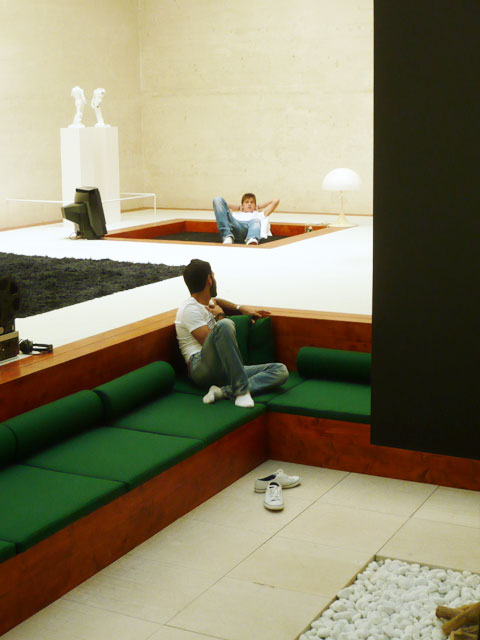 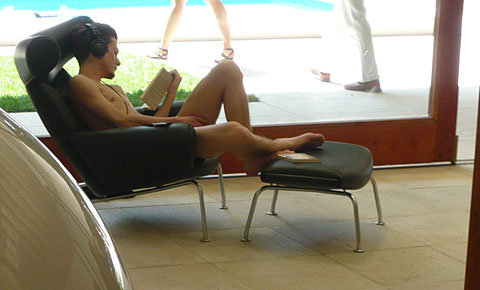 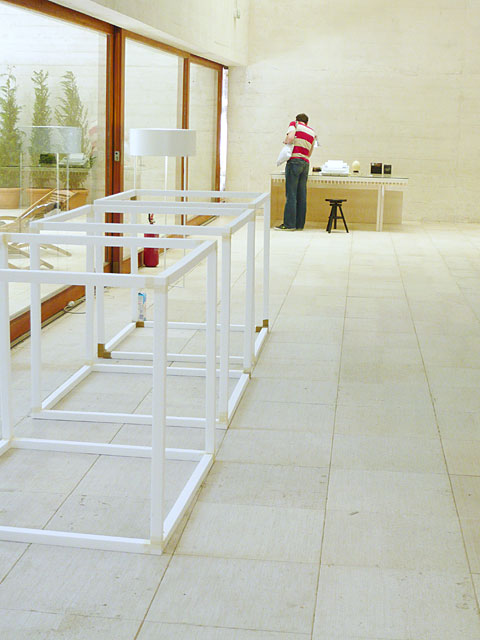 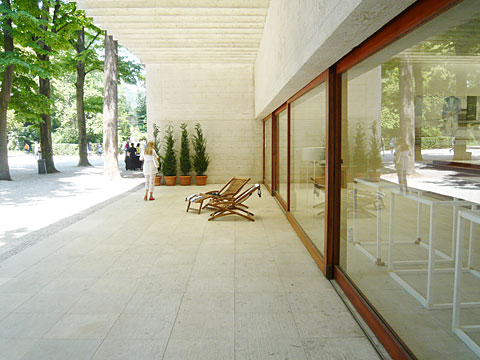 Michael Elmgreen and Ingar Dragset about his work “The Collectors” 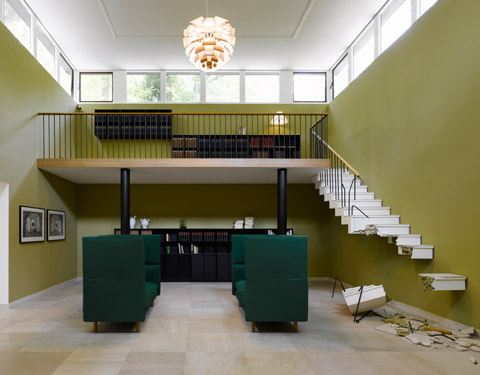 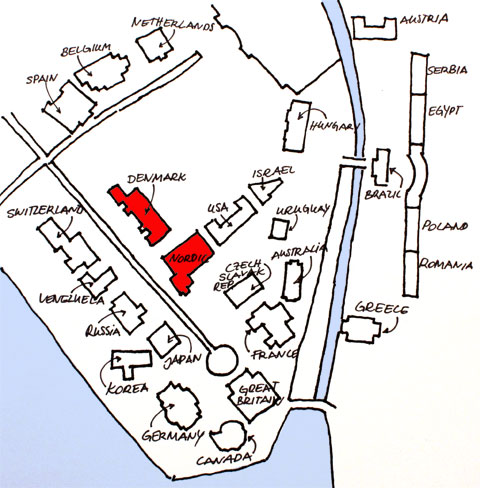