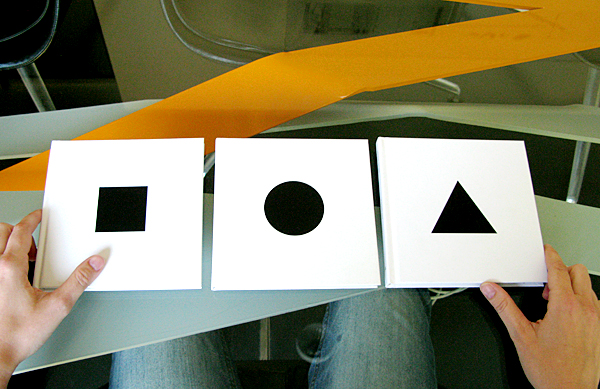 Bruno Munari (1907 to 1998) was a multi-faceted artist and designer. Picasso once called him “the new Leonardo”. One of his teachings was that one should take life seriously as a game and, for instance, view the rainbow in profile. He created graphic art and kinetic sculptures and, with three other colleagues, founded the “Concrete Art Movement” (MAC). His book “discovery of the square” - about the history of the square in architecture, art and nature - appeared in Italy in 1960. His “discovery of the circle” followed four years later and in 1976 the “discovery of the triangle” was published in Italian. Now the Wunderhorn Verlag has published this short series in German.

Each volume is kept square and in black and white, so that the much-discussed question in the history of art with regard to the attribution of colour does not arise. The series skilfully leaves open the question as to whether the square is, as Kandinsky established with his Bauhaus students, red, or decades later perhaps preferably blue, for aesthetic colour sense is influenced by knowledge and custom. In the final analysis, it is all about shape; there is no colour to distract from this focus and this is made clear by the reduction to black and white. The book cover alone speaks volumes: the basic shape is placed centrally on the cover, stands out in black against a white background and is framed by the square shape of the book itself. Nothing more.

The text is reduced to essentials and Bruno Munari presents several examples on each page. Without any unnecessary digression he explains clearly the various ways in which the three basic shapes have been used. These range from well-known examples to quite surprising ones. In the book “discovery of the circle”, for instance, a cylindrical fountain from 1961 in Milan is introduced; it has inner and outer cylinders with colourful plastic elements that can be turned, thus creating quite unexpected effects. Or take the idea of a hemi-spherical building above the surface of water which is to become a complete sphere with its reflection. “In this building in India, thought to have been built around 1914, they sought to present a holy spectacle of universal resurrection,” says Munari. That the fascination for some things never loses its charm is shown by the Chinese National Theatre, designed by architect Paul Andreu, which was opened a year ago. It is an ellipsoid with its longitudinal axis lying half way into a pool of water. In the book about the triangle Munari shows us the first Tetra Pak, a tetrahedron, and adds the following comment: “Milk container made of plasticized cardboard. It is manufactured by heat-sealing the two circular openings of a cylinder, top and bottom, with two seams at right angles to one another.” A product that could not survive, perhaps because of square refrigerators. The Neapolitan adage: “If you are born with a square skull, you won’t die with a round one” is as simple as it is beguiling.

Munari’s books are crammed full of discoveries, of sayings such as “You are rounder than the O of Giotto”, which is used to designate slow-witted people, and of laws of nature such as the triangular structure of plants such as bananas and coconuts.

Every sentence is packed with information and is refreshingly succinct. So the three volumes are a source of inspiration for further study. Three wonderful books which have lost, and will lose, nothing of their relevance and wit. 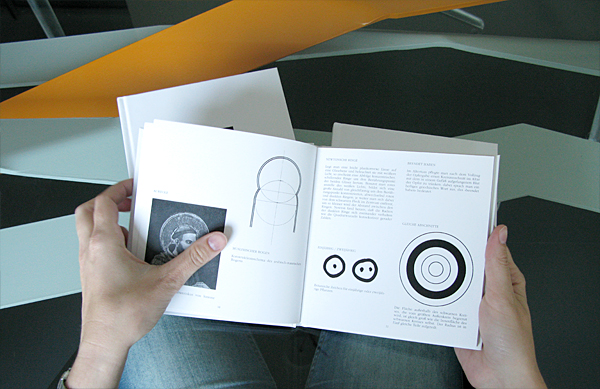 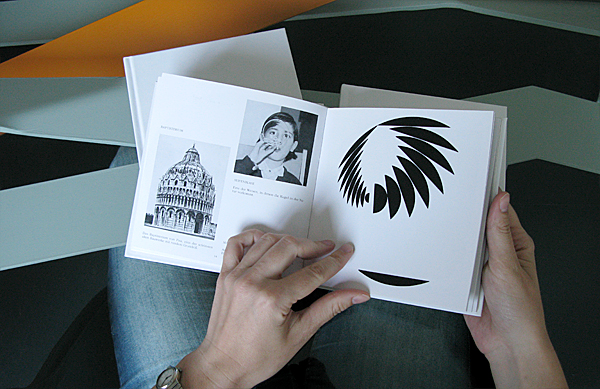 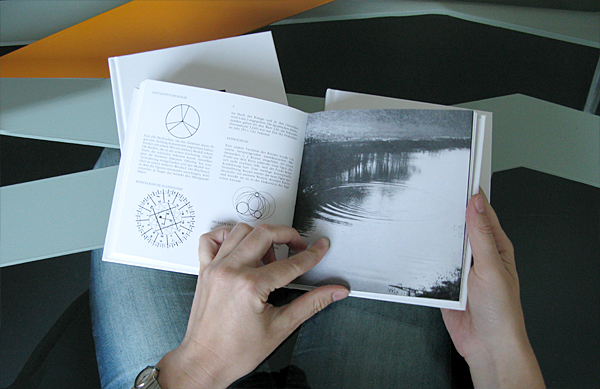 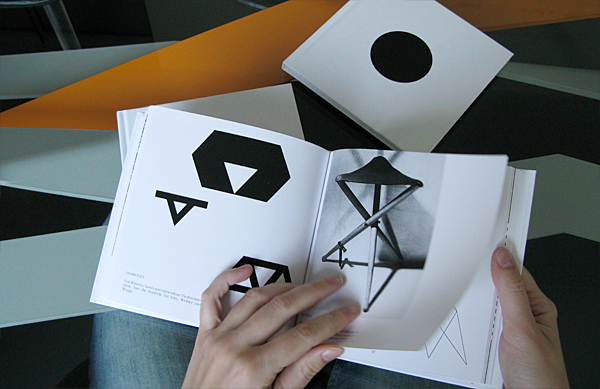 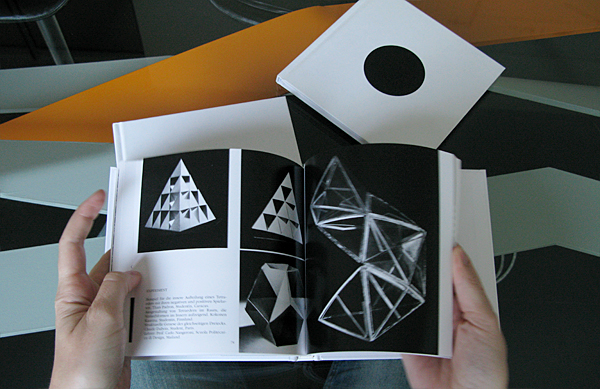 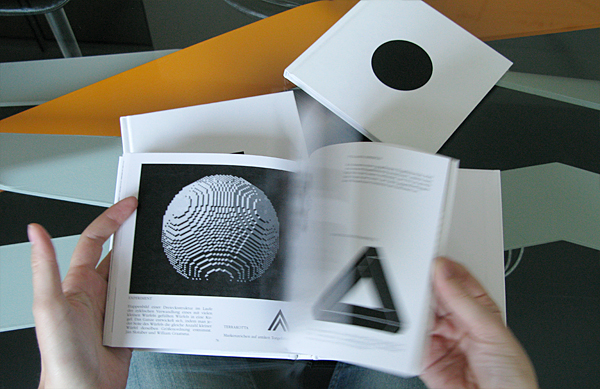 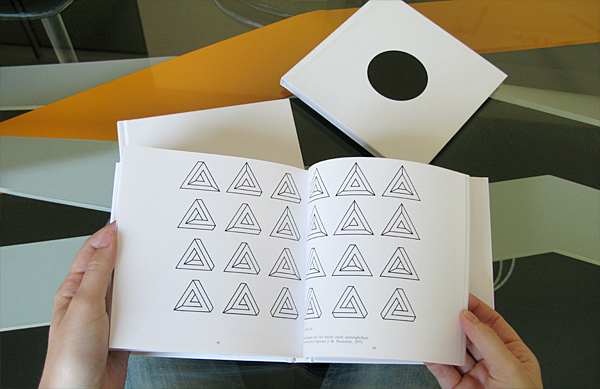 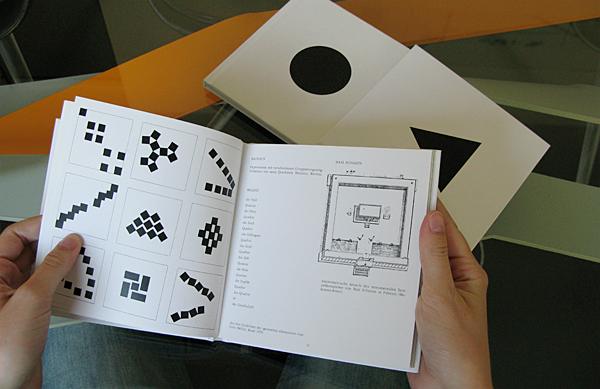 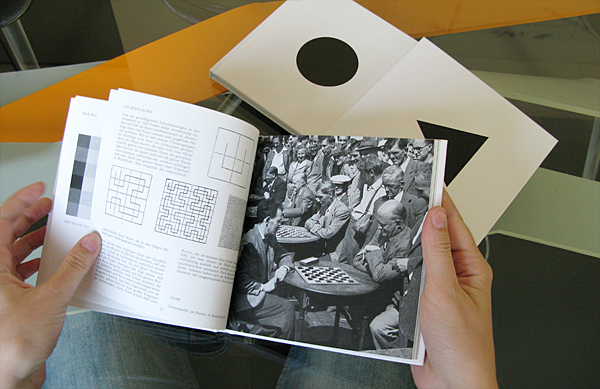 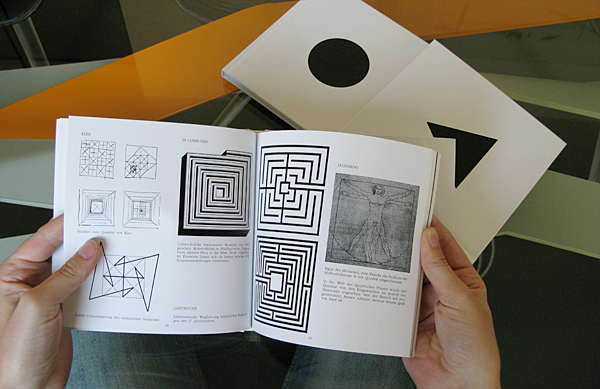 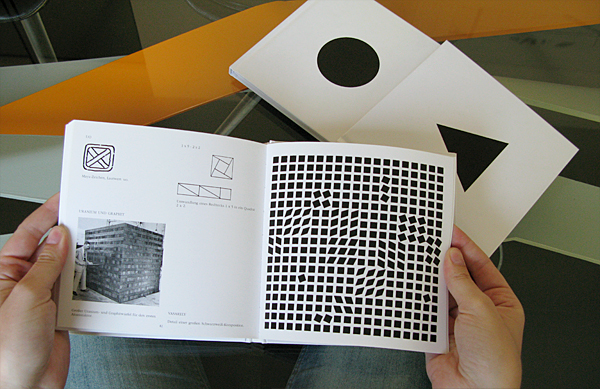 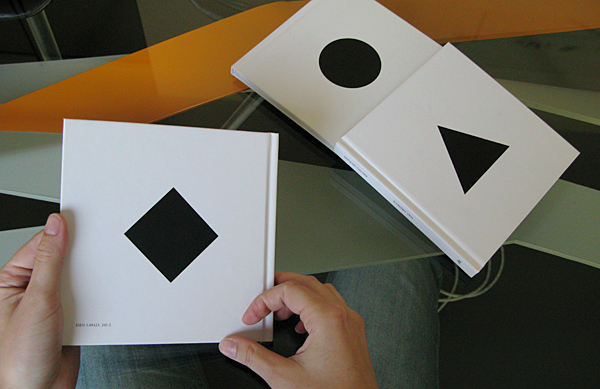