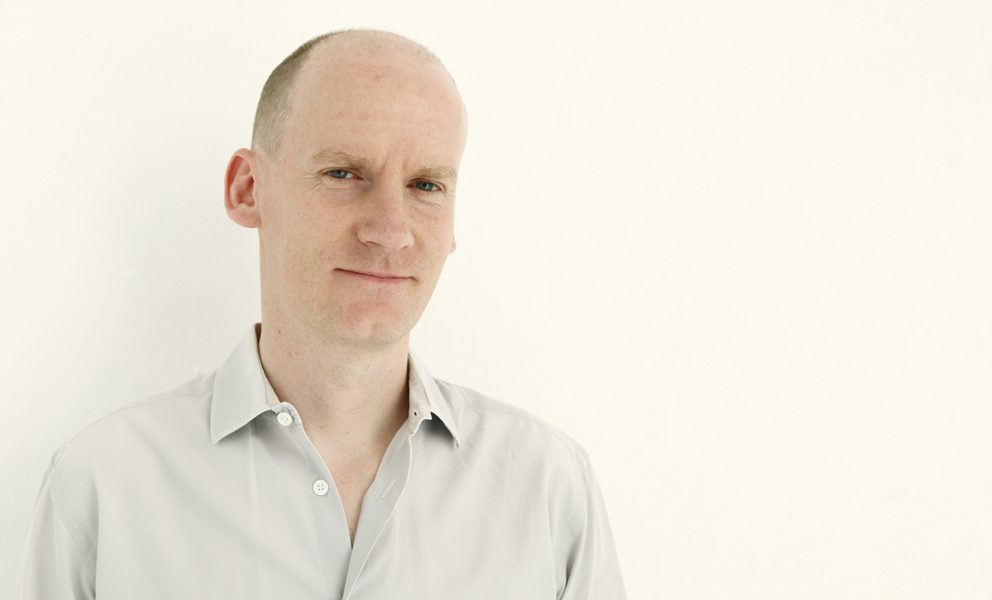 Sebastian Wrong is one of the driving forces of the British design scene. As cofounder and creative director of “Established & Sons” (until he left in 2012) the designer shifted the boundaries of different genres. Wrong, who studied Sculpture at the Norwich School of Art, is familiar with all kinds of production methods and materials. During the London Design Festival he presented the first collection of the new brand “Wrong for Hay”. And now, ten years after the founding of the Danish furniture brand “Hay”, there is a branch in London, for which both established and as yet unknown designers are to develop new products under Wrong’s leadership. These designers include German Stefan Diez, Brit Thomas Jenkins and Swiss Lucien Gumy.

Uta Abendroth: Sebastian, the Wrong For Hay collection encompasses luminaires, furniture, textiles, glass and ceramics. That is an impressive range for a brand new undertaking.

Sebastian Wrong: Rolf Hay and I thought about what we wanted to show in our first collection and what kind of foundation we wanted to lay with it. First we thought about focusing solely on luminaires. But then we agreed that we could have more, even completely different objects. From that moment on the product range grew pretty quickly.

Were there any guidelines or did Hay give you free reign?

Wrong: I didn’t get any guidelines. In that regard the Danes are very relaxed; they let me get on with it.

Did they choose you for this new brand in the Hay portfolio based on your experience at Established & Sons?

Wrong: Yes, certainly. The people at Hay liked what I did there as designer and creative director and that is the sort of thing they want from me, that form of creativity. And that’s what I now get to develop further. But it is of course a different context and a different company as well as being a different time. So it’s not a case of repeating Established & Sons. We want to reach an entirely different market and our philosophy is also different: We seek to offer good design at a really good price. And it needs to be very well made, of course.

Does each object speak for itself or would you say there is a thread running through the collection?

Wrong: I wouldn’t be able to say what the thread is, but some people have said there is one, while others would disagree. I can only say this: A common trait of the objects is that I would like to have every single one of them in my home. I’d be happy to live with each item of furniture or accessory. That may sound a little greedy, but the fact is that I really engage with the designs, as though I were going to use the products myself. For instance, I am very interested in textiles. Nathalie Du Pasquier let me take a look at her archive and based on that we are working on creating many different home textiles. But then there are also the furniture items and the ceramic and glass objects – the product range is certainly multifaceted. It is all clean, clear and functional design. And then there are a few very expressive statements in the collection – but even they are not expensive. Perhaps the most bizarre item is the quilted and somewhat colorful bedspread by Bernhard Wilhelm. That certainly would not be to everyone´s taste, a real niche product.

How does this collection differ from the Hay collection?

Wrong: It is a new brand in the Hay group and the key difference between Hay and Wrong For Hay is my small contribution. I determine the feel and the character through my eyes, feelings and contacts. And naturally also through my experience as a designer living in London.

Does the city of London as a location have a particular influence on the brand then?

Wrong: Compared to Copenhagen, where Hay is based, London’s dynamism, energy and diversity have a great influence on what we do for Wrong For Hay. We capture this energy and atmosphere. We will have to see how this develops over time and how the two collections contrast with or complement each other. I have my own personal idea about how it should develop.

What criteria did you use to select designers for Wrong For Hay?

Wrong: The main one is “good work”. That is the only thing I am interested in. I never take any notice of names, only objects. Of course I know a lot of people, because I have taught at various institutions for years, meaning I am constantly being faced with young ideas. Generally, what I see and what I like, I consider in relation to my own ideas and tasks. Right now we want to start a business. And so we have to think very carefully about what we take into production.

How often will you launch new products on the market?

Wrong: We might launch new products on the market more than once a year, maybe every other year, we’ll see. We haven’t yet reached a point where we can make that decision. The great thing about Hay is that they don’t try to keep to a strict time schedule, like other companies do to exhibit at the trade fairs in Milan or Cologne. Hay takes a look around and responds quickly to ideas. One example is the “Copenhague” furniture by Ronan and Erwan Bouroullec. The brothers had designed chairs, tables and benches for the university in Copenhagen and now they are in the Hay range. Meaning they are able to recognize commercial opportunities, exploit them and advance them further.

Where are your objects made?

Wrong: In Europe, India, China … We work with the same manufacturers and suppliers as Hay.

Do you have a particular target group in mind that you want to reach?

Wrong: Yes, we are aiming for the middle market. Young people who are interested in design. That is another plus for Hay. Even students can afford pieces from the collection. There is something for everyone among the furniture and accessories and that is the secret of their success. They are not exclusive, but very open as regards their product range and pricing. And the new brand will follow this principle too.

Do you have a personal favorite in the Wrong for Hay collection?

Wrong: No, that would be unfair. I really think it is a large selection of good, diverse objects by various designers. It wouldn’t be appropriate to highlight one object as a kind of winner. The sector has taken particular notice of one product however, namely the shelving unit “The Wooden Shelf” by Lucien Gumy. It won this year’s “Design Preis Schweiz” and the “D3 Design Contest” at the imm Cologne – which naturally brought it a great deal of attention. So if we were to pick something that has been well received by the sector, it would be this shelving unit. Numerous awards don’t necessarily mean a product will sell well, of course. But overall I am very happy with all the designs.

When will products from the collection be available?

Wrong: In November, it’s all moving quickly now. We have had lots of positive feedback in London and I am confident that the collection will be a success. 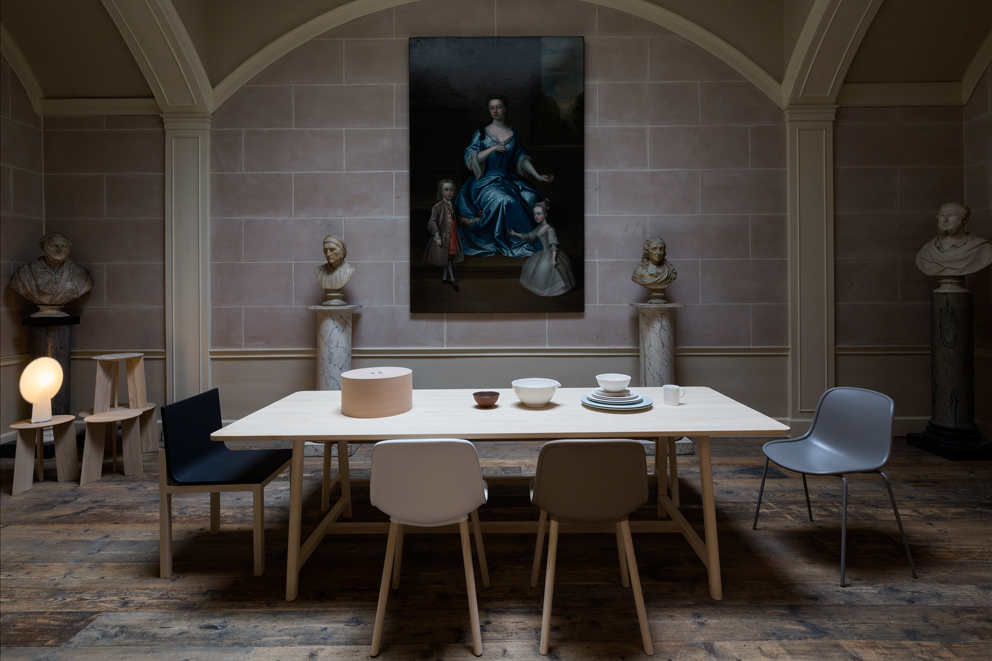 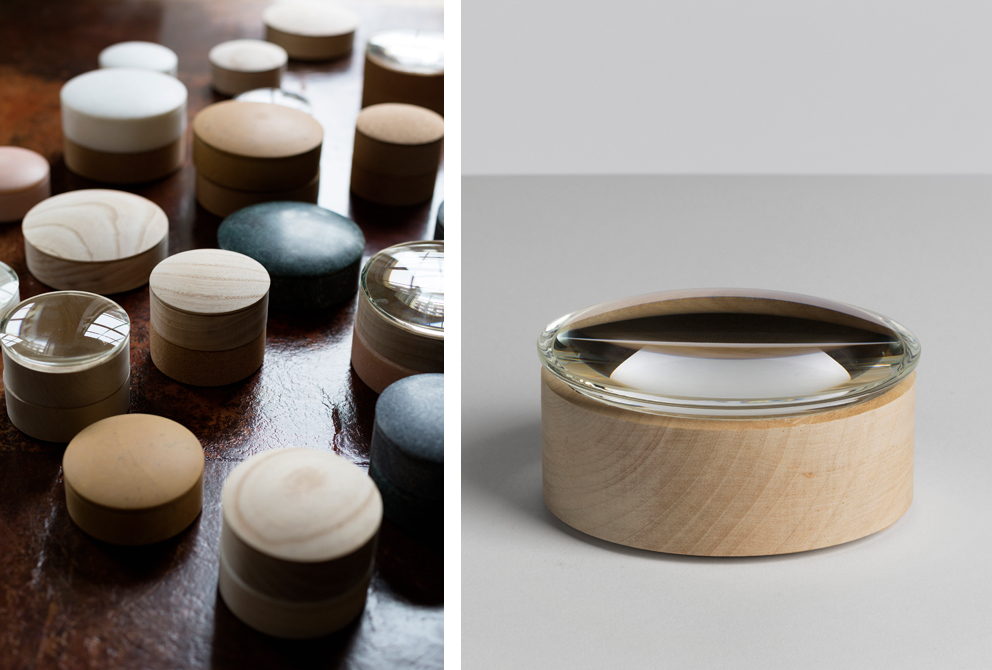 The "Lens Boxes" designed by Thomas Jenkins are made from clear glass, cork, maple and natural ash. Photo © Wrong for Hay 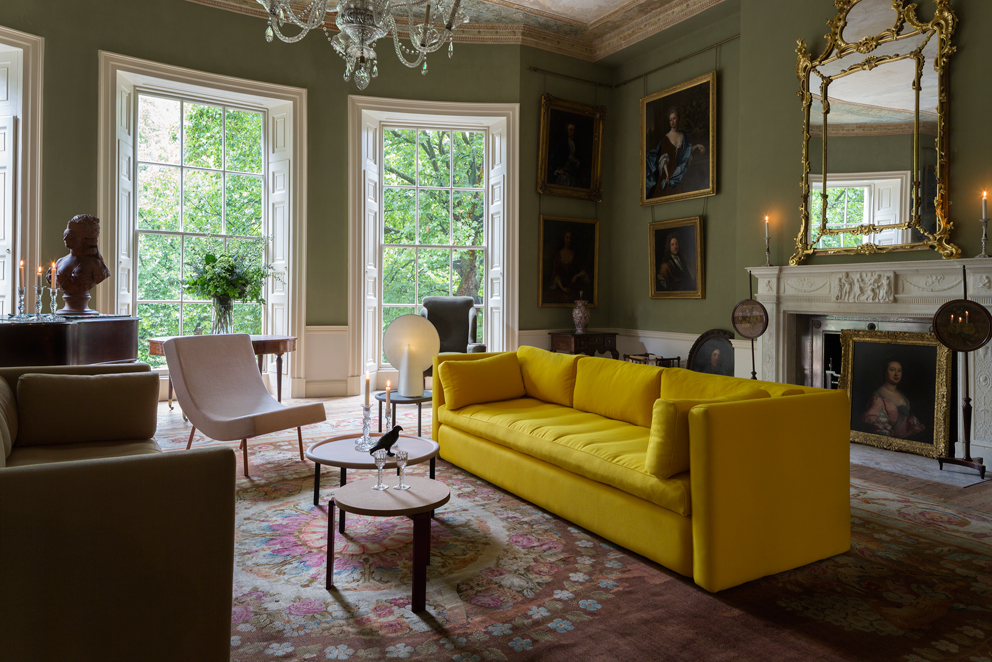 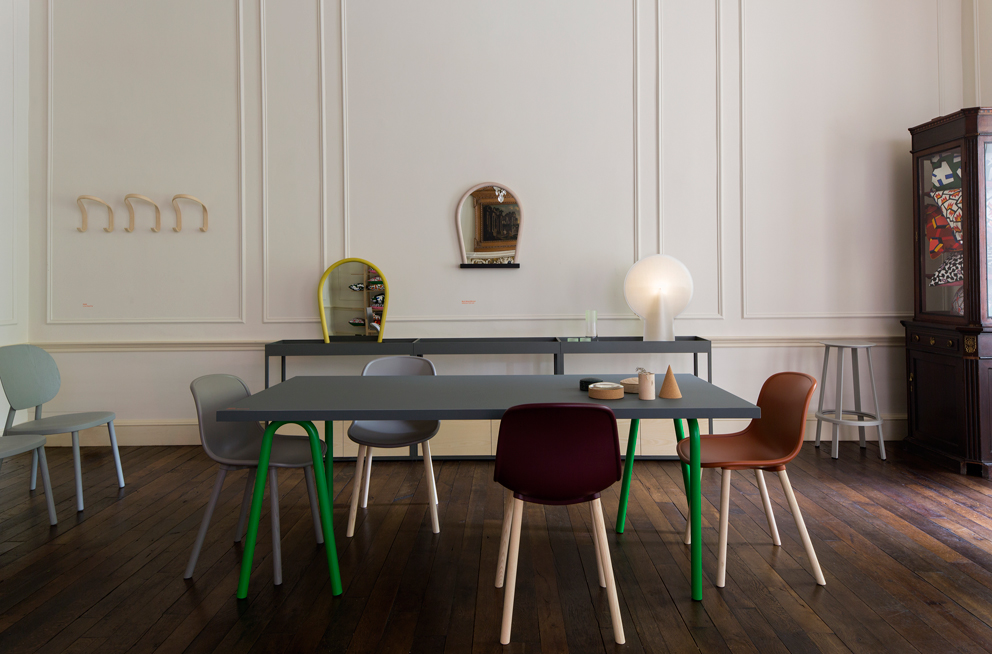 A part of the "Wrong for Hay" collection: "Trion Table", "Neu Chair" and "Bent Wood Mirror", Photo © Wrong for Hay 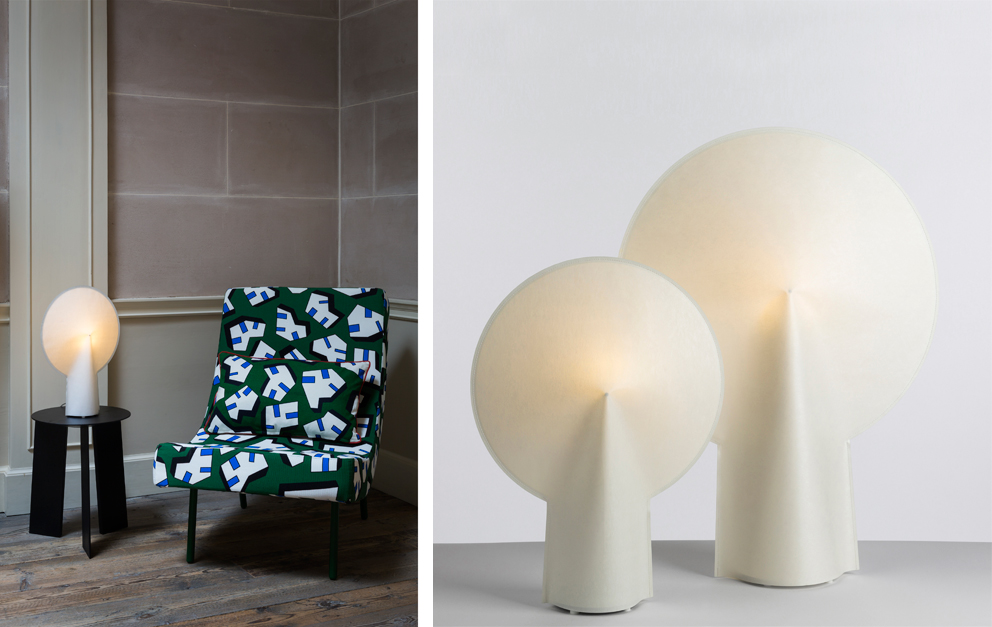 The "Pion Light" by Bertjan Pot and "Curve Chair" with fabric by Nathalie du Pasquier, Photo © Wrong for Hay 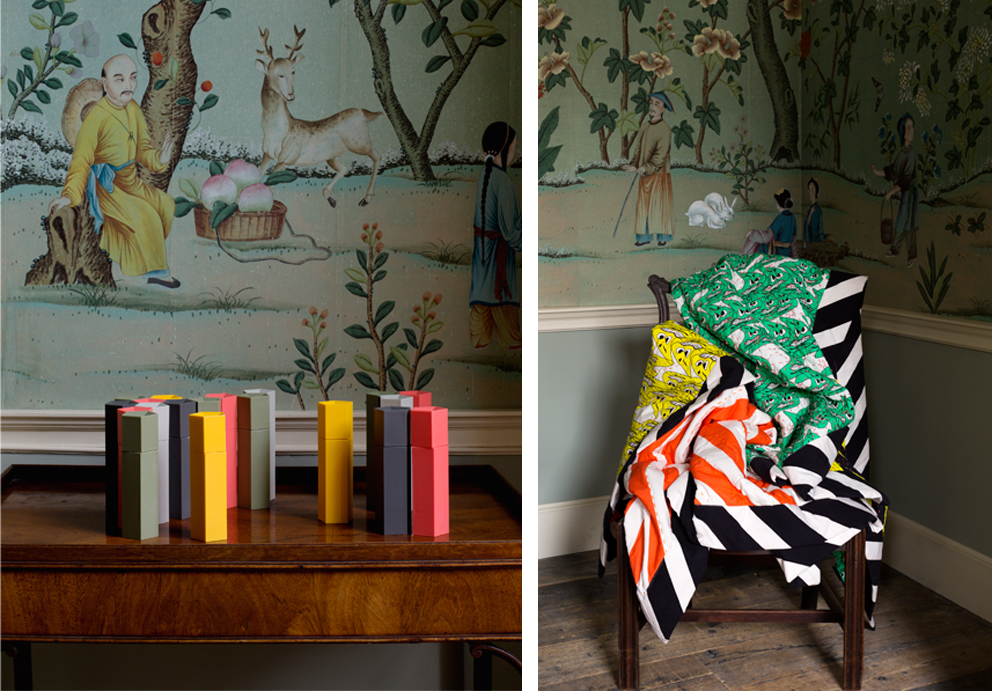 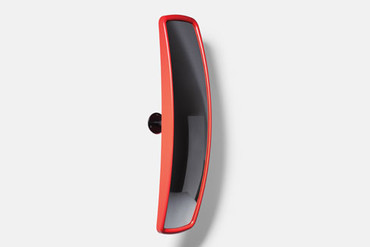 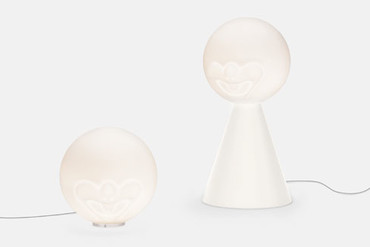 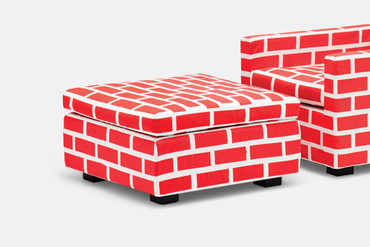 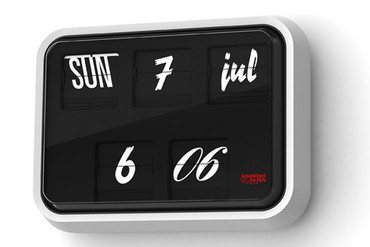 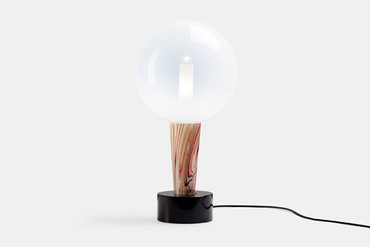 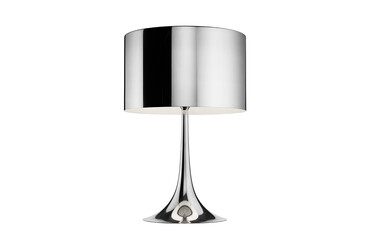