top
The mastermind of building shells from Rügen
by Sophia Walk | Feb 26, 2014 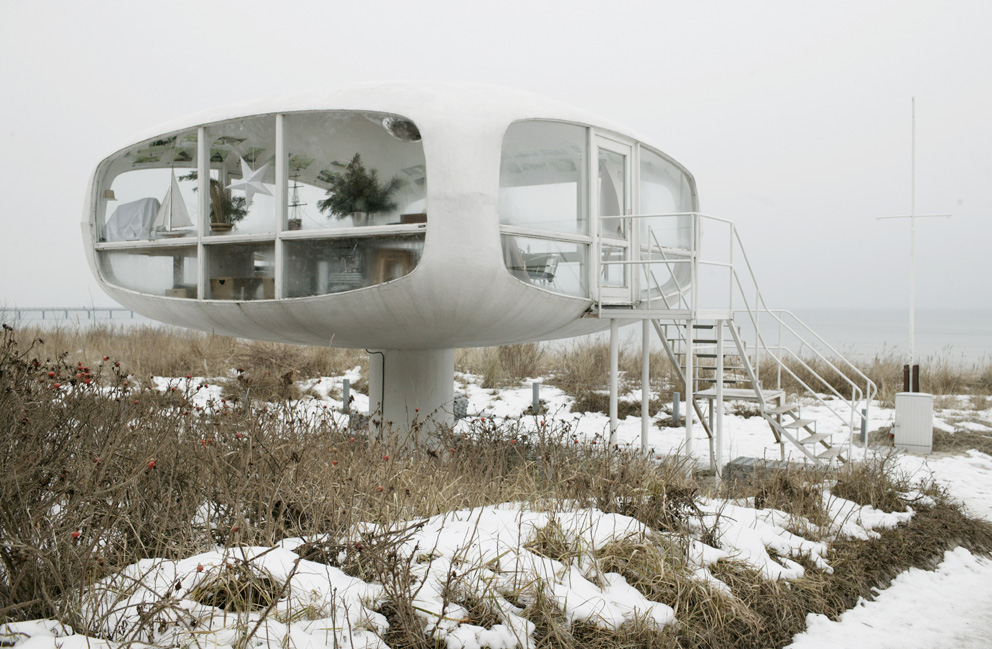 The water rescue station on the Baltic Sea beach in Binz on Rügen Island designed by Ulrich Müther is now used as a maid room. Photo © Wilfried Dechau

Until German reunification Ulrich Müther, who was born in 1934 on the island of Rügen up in the Baltic Sea, went about his business behind the “Iron Curtain”, which is why his designs went largely unnoticed for a long time. That his artistic endeavors nonetheless took their cue from edifices far beyond the East German horizon is evidenced by their strong echoes of the oeuvre of Mexican architect Félix Candela Outeriño, who pioneered the use of reinforced concrete shell structures. In the course of his career, Müther designed more than 50 such structures, which earned him the title of “mastermind of building shells”. However, his remote location on the edge of East Germany also granted him some free scope from the socialist state system.

Architekturgalerie am Weissenhof in Stuttgart is now hosting a comprehensive show on the Ulrich Müther’s output, featuring exhibits from his extensive estate, which has been housed in the University of Wismar since 2006. The show will mainly consists of architectural drawings, individual models and photographs of Müther’s buildings.

Aside from his acclaimed “Kurmuschel”, a bandstand from 1987 located in Sassnitz on the island of Rügen, his most famous structures include the lifeboat station in Binz on the Baltic Sea coast, which he designed in 1968. These and others of his buildings can still be visited today. Only a few years ago Müther was personally involved in their restoration.

Müther’s reinforced concrete shell structures no doubt hold a special place in East German architecture, with its emphasis on standardization. In the international architectural context they can be mentioned in the same breath as the hyperbolic paraboloids by Switzerland’s Heinz Isler, Spain’s Eduardo Torroja, Italian Pier Luigi Nervi and Jörg Schlaich, who incidentally hails from Stuttgart.

Exhibition
“In Beton gegossen” (Cast in concrete)
From February 27 to April 6 2014
architekturgalerie am weissenhof
Am Weissenhof 30
70191 Stuttgart
Germany
www.weissenhofgalerie.de

Saturday, March 15, 2014, 7—11pm
Every hour guided tours of the exhibition in conjunction with the Stuttgart “Long Night of the Museums” 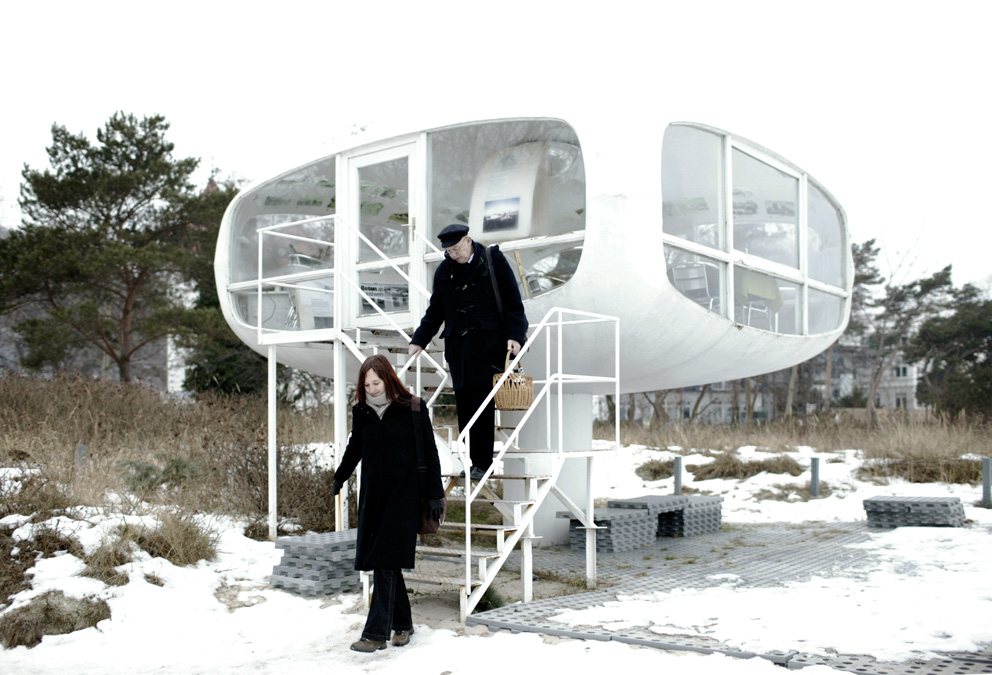 Ulrich Müther in 2004 on the stairs of the rehabilitated station for water rescue. Photo © Wilfried Dechau 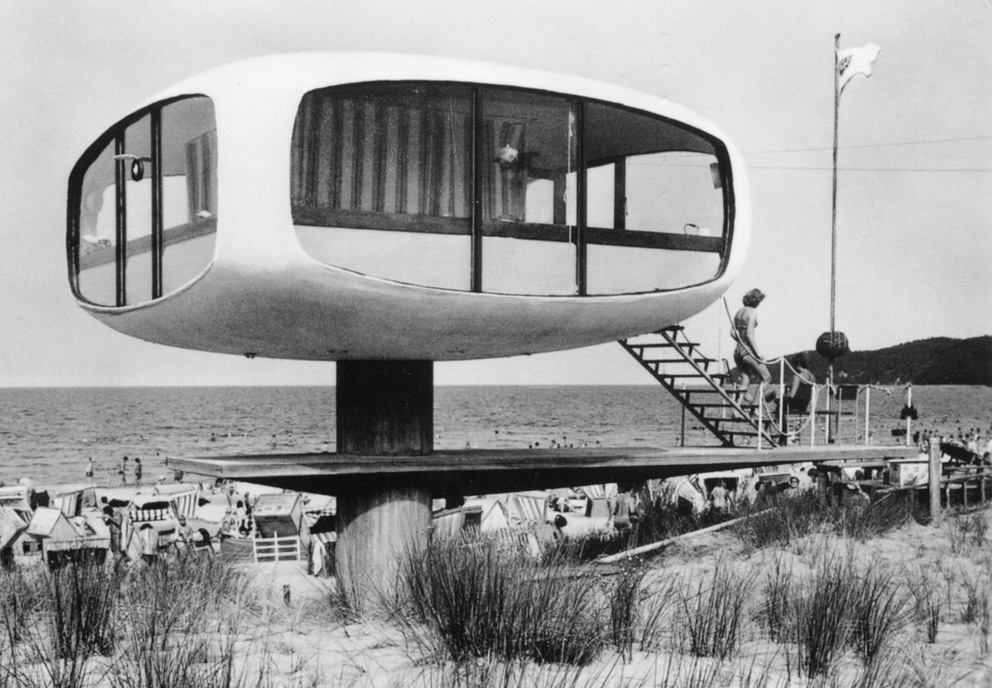 The water rescue station seems as a spaceship which is landed on the beach of Binz, on the Baltic Sea island of Rügen. Photo © Müther archive 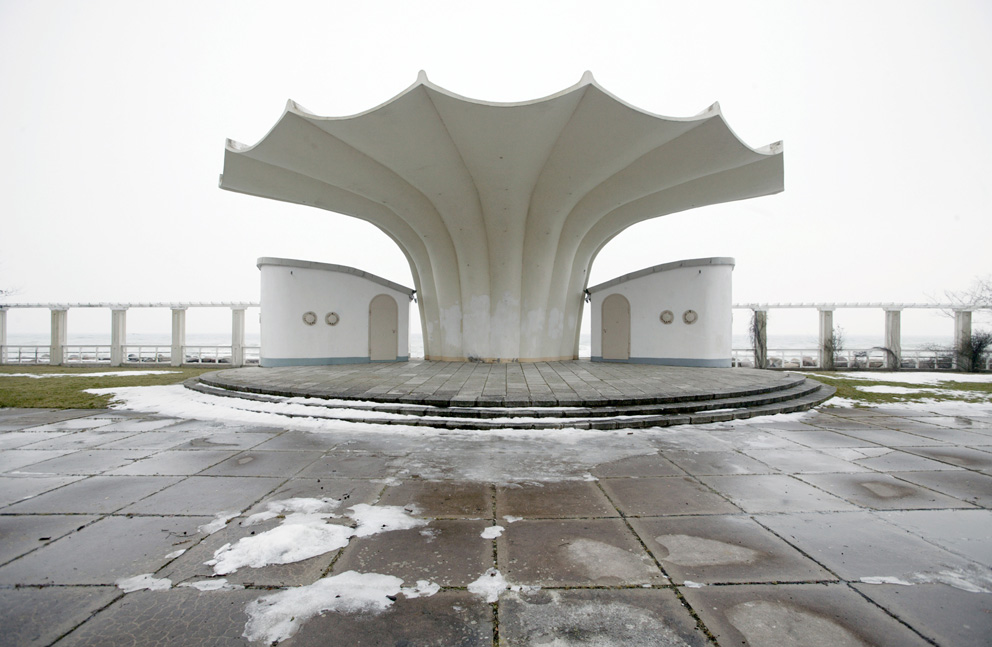 The band shell on the beach promenade in Sassnitz on Rügen was built in 1977. Photo © Wilfried Dechau 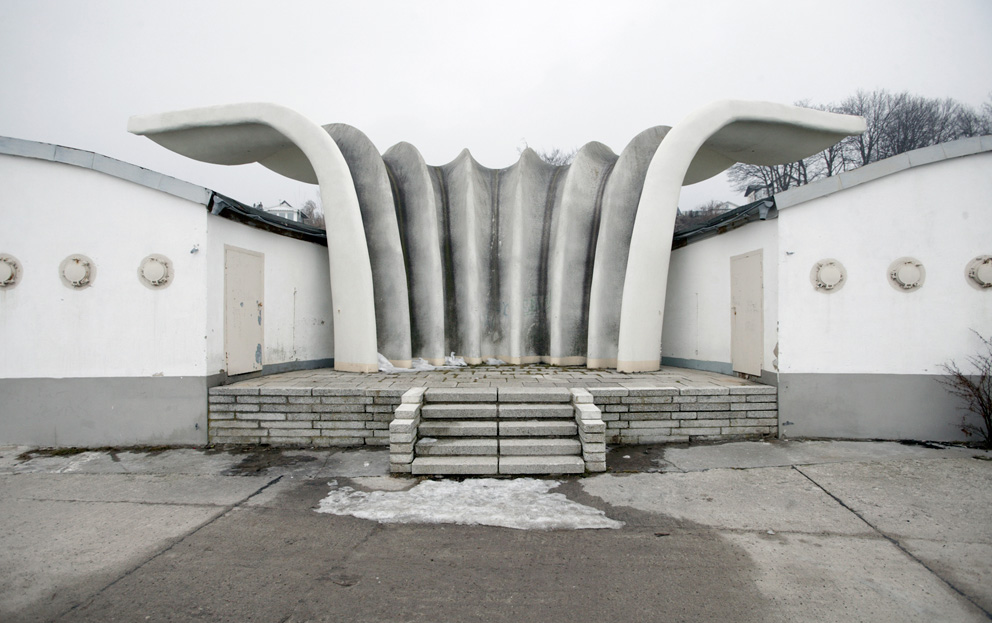 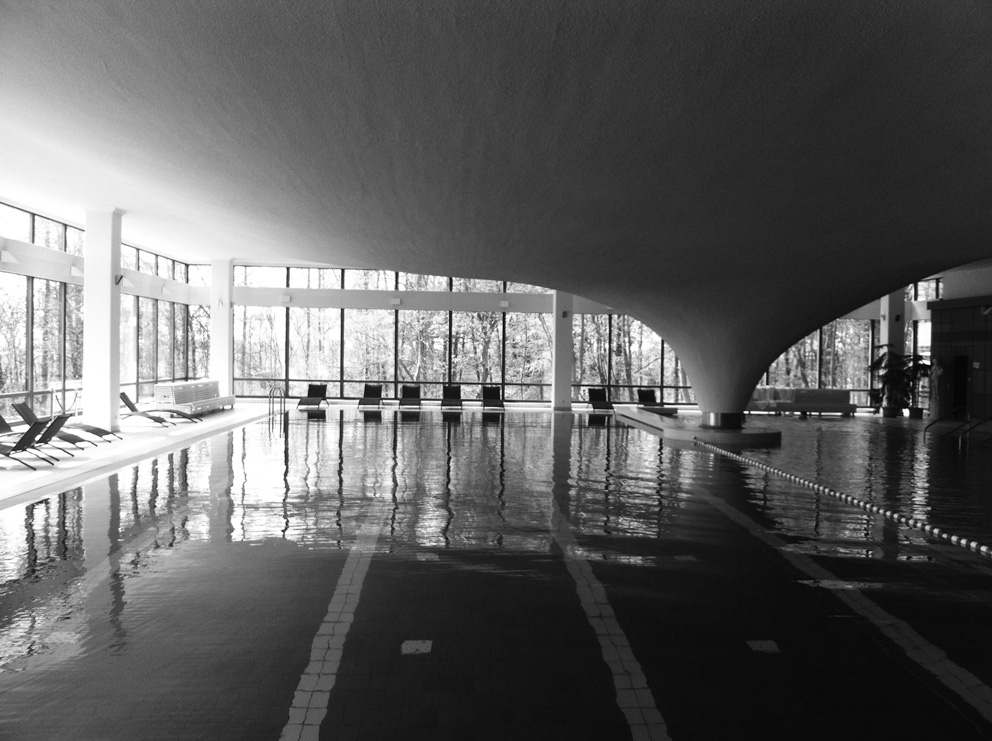 In 1977 Müther designed together with Kurt Tauscher the swimming hall of the former ZK-Home in Sellin on Rügen. Today, it belongs to the Cliff Hotel. Photo © Müther archive
Advertisement