Above all one brand has exclusively focused on mixer faucets in Germany: Axor, the designer brand at Hansgrohe AG, transforms boring sanitary fittings into gleaming chrome design creations. Ever since 2001 Axor has been managed by Philippe Grohe, grandson of company founder Hans Grohe, and following Philippe Starck and Jean-Marie Massaud it has now been the turn of architect and designer Antonio Citterio to work for Axor - devising the series named after him with the mysterious "M", which stands for modernity, metropolis and Milan.In his work, Antonio Citterio does not start from the isolated object, but from the room in its entirety. And for this reason, too, he focuses closely on aspects such as place, views and tranquility for life in the urban context. This is also revealed by the slender shapes of his collection for Axor. Th faucet emulates the elegance and curvature of a drinking straw, apparently even directing the flow of the water when there are no drops. The set-back handles of the mixer faucet are graceful, and the flush-mounted wall fittings are modern, space-saving solutions for almost any bathroom setting. The collection has been designed with a strong sense for perfectly rounded shapes. Together with the flat mixer faucets and round shower heads, the Axor Citterio M series constitutes a product family that catches the eye with its refined clarity, yet without forgoing exciting detailing. A prime example being the concentric rings surround the lever shafts and faucets handles - like the waves that ripple outward when you throw a stone in a pond. 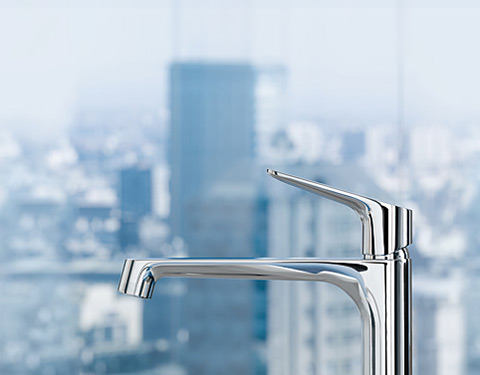 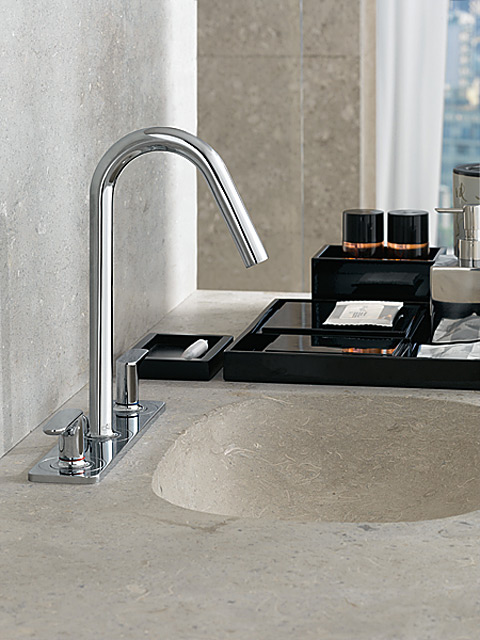 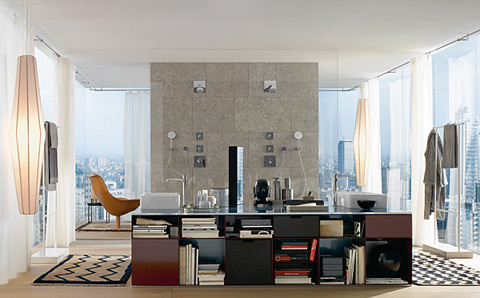 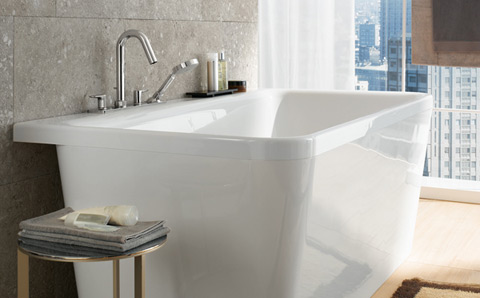 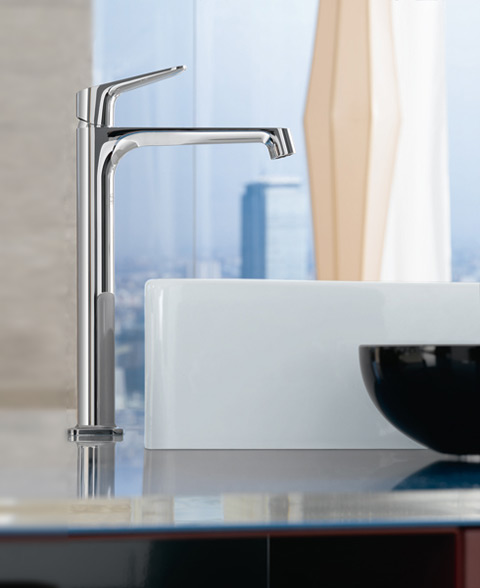