The “Large Dome” that now contains the Reactor Block 4 at Chernobyl that went into meltdown in 1986 is not just a shell, but the single largest signature building on the planet.
by Thomas Wagner | 12/1/2016

At long last the mission has been completed: On Tuesday, November 29, 2016, the remains of Chernobyl Reactor Block 4, which exploded, disappeared beneath a massive, silver-gleaming dome. To protect the construction crews from radiation, the dome was assembled several hundred meters from the reactor block itself and then over the last few weeks slid centimeter for centimeter along Teflon rails until it covered the ruin. According to EBRD, the European Bank for Reconstruction and Development, which coordinated the project, at one point the dome was the largest land-based moving structure of all time. To build the “Large Dome,” a huge structure that looks like a little less than half a barrel, as well as the various ancillary structures, the world community all chipped in as it were to pay the EUR 2.1 billion price tag.

Surprisingly, all the talk has been about safety and technology, and not about architecture. Thus, the “New Safe Containment,” as the engineers call it, is meant to prevent any radiation being emitted thanks to the special vacuum technology used in its double-layered walls, just as special processes hinder any rusting of its steel beams as a result of the radioactivity. On the inside of this gigantic hall there are also giant cranes ready to go into action one day when scientists have found out what can still be done to secure the reactor remains.

Many of you no doubt remember those moments of awful panic and incredulous astonishment that seized collective hold of Germany when the Chernobyl reactor blew and the reality of a Level 7 accident in a nuclear reactor hit home. As the invisible and odorless radioactive particles floated westwards in a cloud, not only did this highlight the impact of a specific technology, but also made it painfully clear how we humans rely on our senses when confronting danger. Any threat remains strangely abstract and merely spooky if all we have is an approximate knowledge and vague measurements of it, and there is no means of directly experiencing it.

More than 30 years after that disastrous April 26, 1986, when the new energy god called for sacrifices to be made and the hope of clean and cheap electricity exploded, not only has some old ruin disappeared under a massive roof, but a very special signature building has been commissioned. As with the faceless industrial halls in the parkland belts running round the metropolises of this world, this cathedral of failure tells no one who it was who designed it, be it out of ignorance or collective shame. If we look back at all the signature buildings of recent decades, it becomes obvious how great the need now is for such symbolic architecture, for non-virtual landmarks in our cities and countryside – for buildings that are more and embody more than merely function and information.

In this context, what does the “Large Dome” at Chernobyl signify? It has already been showered in superlatives and comparisons, as if these were meant to banish the consequences of the catastrophe for decades after that fateful moment by underscoring the immense effort and expense, symbolically presented by the structure’s enormous dimensions.

The comparisons and astonishing details provided on the dome seem to confirm this: It is three times as heavy as the Eiffel Tower, apparently, and you could easily fit Paris’ Notre Dame inside it, as you could the Statue of Liberty. Evidently a very special architectural symbol is required for something the temporal impact of which we cannot even halfway grasp, as the half-life of uranium 235 is 703 million years. The fact that the dome confronts us like some anonymous giant fits the bill, as does the other fact, namely that the New Safe Containment renders the abandoned and ruptured reactor invisible and thus at least in media/architectural terms ensures the disaster disappears. The dome is meant to provide protection for another hundred years.

In other words, what we have here is by no means only a simple piece of protective construction engineering. Symbolically speaking, it is a memorial edifice that is similar to the Egyptian pyramids, even if this technoid and megalomanic memento peaks at 108 meters, meaning it falls short of the pharaonic cultural and structural dimensions.

To pursue the image for a moment: If the concrete shield cast hastily over the dangerous reactor were a sarcophagus, then what is the large shell that covers the ruins and the grave? A cathedral in which remote-controlled cranes fearfully sing the silent songs of the technocrats and political high priests of progress for the next century perchance? In retrospect, many years down the line the Large Dome may prove to be the tombstone commemorating Modernity’s faith in technological progress and its consequences. Some of you may be reminded of that icy, numbing image in Andrei Tarkovsky’s 1979 movie “Stalker,” where you can make out in the background the reactor blocks of the Chernobyl nuclear power station. 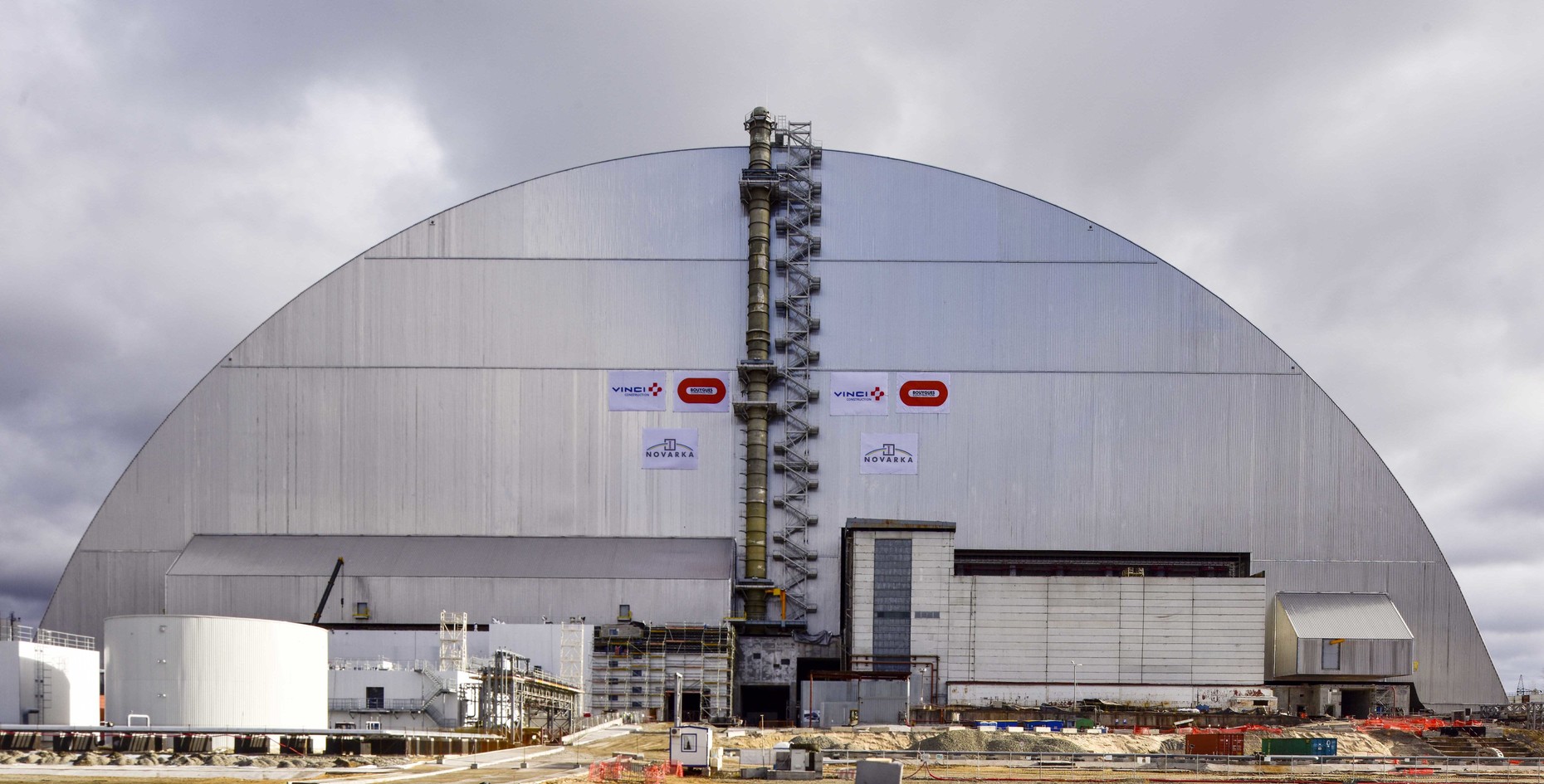 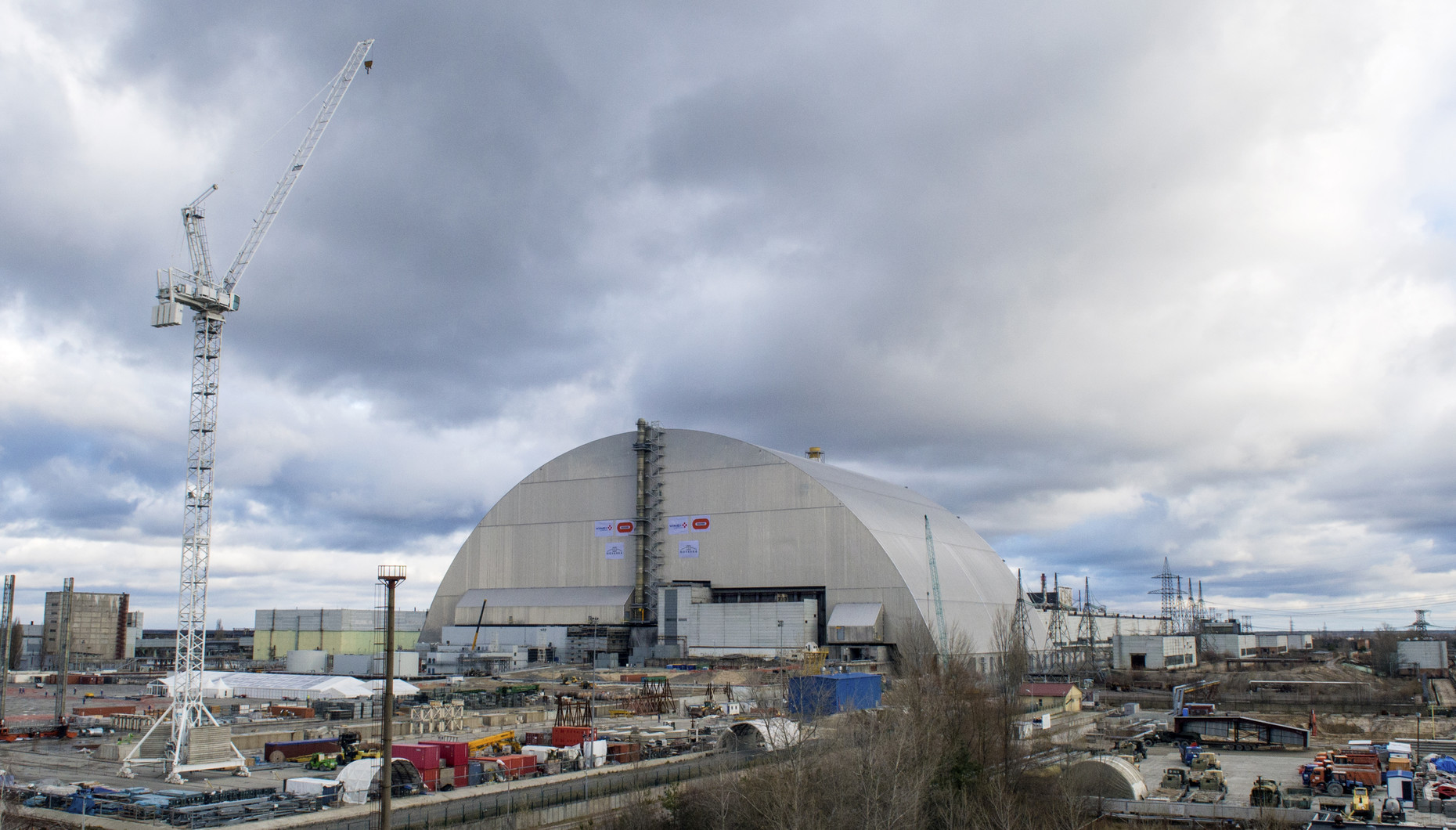 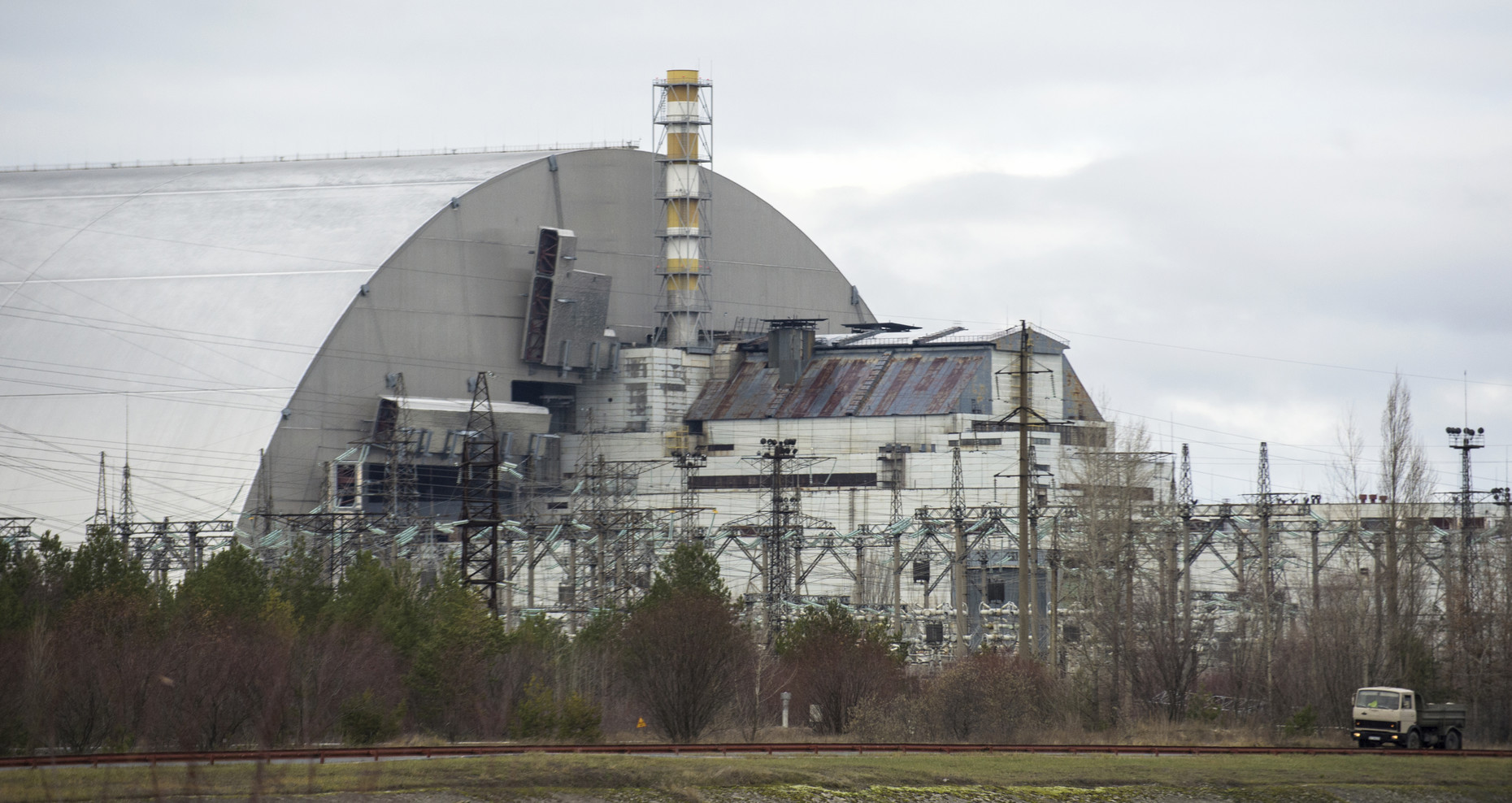