top
The Palestine Syndrome: out and about in Venice episode 9
by Bertsch Georg-Christof | Aug 25, 2009 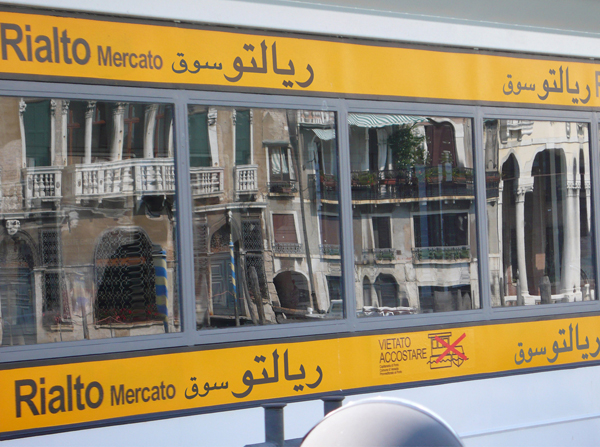 Enter the noise of the world

Visitors enter a dark room where the sound installation "Ramallah Syndrome" booms out loud. They are accosted by street sounds from the administrative capital on the West Bank, an immensely lively little town of a good 26,000 inhabitants. This noise of cars, music, muezzins, children and street traders accosts the ears in tranquil Venice with such a force and insistence that you automatically try to avoid it. Yet the underlying vitality and energy are immediately conveyed, especially because of the conscious removal of the images. In the Biennial catalog the artists Sandi Hilal and Alessandro Petti simply depict a white area and write underneath: The authors authorize this image to be portrayed in any medium without license fees. A conceptional work in the manner of Joseph Kosuth, yet taken directly from life and not from the ivory tower of academic debate.

The Palestinian national exhibition room is not a palace in the elegant park of the Giardini. In fact it is not a national contribution at all, after all the Palestinian nation is not included on the list of official participants. There is as yet no officially recognized state that could exhibit in this pavilion. In other words, it is the first a priori important appearance of the Palestinians at a globally important art event. You might say they are appearing at Palestine c/o Venice as subtenants. As befits their status they are in a remote location, namely on Giudecca Island. And here they are tucked away in the adjoining rooms of a dance and theater center, the former Convento dei Santi Cosma e Damiano. Somewhat remote, true, but they are there! This in itself would be a small sensation, were not the works themselves equally remarkable.

All the projects are upfront, aggressive and self-confident, like the coup by Emily Jacir: he gave all the vaporetto stations on Line 1 Arabic designations alongside their Italian names. Without doubt a nightmare for Silvio Berlusconi and his neo-fascist minister Umberto Bossi, who says: "Illegal immigrants have to be pursued in a friendly or an ugly manner. At some point the time will come when violence has to be used." Given such frosty sentiments the Palestinian show, and contribution by a nation of refugees, is doubtless also a plea for a more open Italy - and inevitably explosive.

For Salwa Mikdadi, curator of the group exhibition, it is also about Palestinian cultural domestic policy, about starting what she calls what is now an almost non-existent creative dialog in our community. The artists from Palestine use Italy and the Palestine Think Tank active here to meet up with compatriots, who work in places all around the world, hold symposiums, hear speeches, to argue and forge new alliances.

From refugee camp to a town

In the photography work "House No. 197" (2007-09) Jawad Al Malhi confronts us with the drab architecture of the refugee camp Shufat, a conglomeration of one to five-storey reinforced concrete boxes. Shufat is presented without any comment. Established in 1966 in East Jerusalem it is inhabited by 35,000 people and is now evolving from a permanent temporary arrangement to a normal town with a functioning infrastructure, something that neither Israeli nor Palestinian politicians see as desirable. This sprawling settlement boasts a better structure than a poorer quarter say in Istanbul. If you did not know it were a camp you would not realize it. Jawad Al Malhi utilizes this ambivalence by showing the houses from a sobering distance, presenting a shabby but compact townscape and leaves the observer guessing about the intention. You are reminded of the coolness and soberness of Thomas Struth's photographs - and it is not surprising that Al Malhi was a finalist for the Cartier Award presented by the Londoner Frieze Foundation. This soberness rids itself masterfully of the superficially political. And this is what lends Al Malhi's work class and force.

History as a postcard

However, the most important project within the exhibition is without a doubt the documentation of the 3rd Riwaq Biennial, an initiative to raise awareness of 50 historical sites, to restore them and maintain them so as to give the mostly young and very young Palestinians an architectural history. The aim is to show them and us places where Palestinian identity was able to better establish itself or in some cases simply to form. The Riwaq Biennial is present in Venice with a symposium, documents in the exhibition and free postcards of the fifty locations. This postcard strategy by artist Khalil Rabah turns totally unknown places into tourist attractions. However, as co-founder and director of the Riwaq Biennial he also seeks to foster a think process about what concepts and expectations exist about biennials. But he would also like to use the historical places for further art actions and artistic works. This might result in many small stages, mini art associations, action places.

Attitudes in the here and now

There is something moving about the importance that art is given here. As in the late Soviet Union, new social attitudes emerge in artistic positions. Radical cultural changes are prepared. In a society which arguably builds its identity today too much on violence and counter violence, pre-colonial land legislation and exile status, art has a liberating and relaxing effect. It offers a way alongside UN resolutions and Kassam rockets, alongside the conflict between Fatah and Hamas, whose positions incidentally are not explicitly to be found here anywhere.
A Palestinian pavilion or rather a Palestine c/o Venice is per se a strong statement, a lampoon. Curator Salwa Mikdadi and the selected artists have succeeded in turning it into a minor triumph: a statement by Palestinians about themselves and Palestine. A statement that never comes across as bitter and cynical but always lively, clear and right in the here and now. 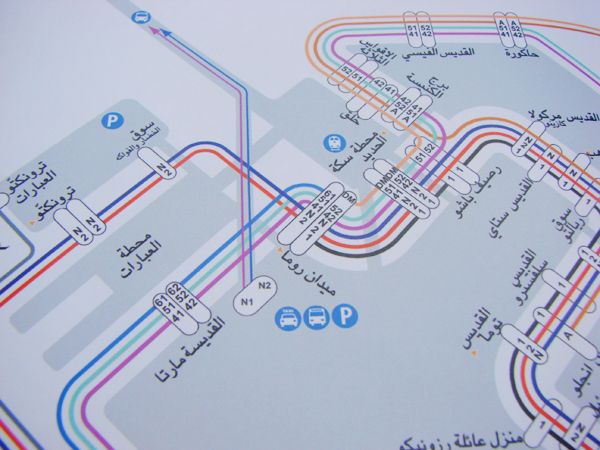 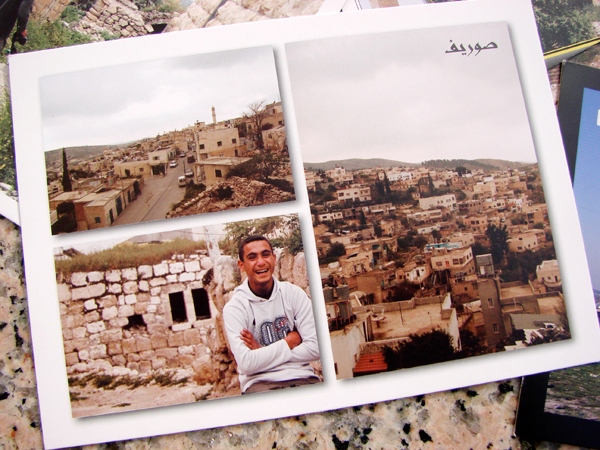 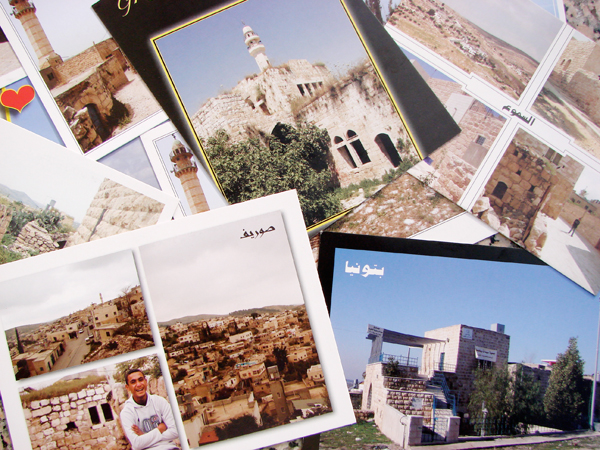