"Even the future was better in the past." True, this popular saying by Karl Valentin is rather hackneyed. Yet, it came to my mind when I watched those poor people sitting behind transparent plastic in sweltering temperatures of what felt like 50 degrees trying to follow countless discussion rounds that accompanied the opening days of this year's 12th Biennale di Architettura. Entitled "Kitchen Monument" and conceived by Raumlaborberlin, the pneumatic event bag I am referring to here swelled up next to the entrance of Palazzo del Esposizioni in the Giardini. I was wondering whether the planners had the 1960s Viennese Architecture-Must-Burn actionists in mind, one of whom just passed me wearing a white suit and smoking a cigar. In any case, after at most ten minutes users had to admit to themselves that the climate in Venice (even without change) is different from that near Bratislava. And that today's bubbles no longer stand for escapist loneliness, but gather people and thus live up to the motto of this year's Architecture Biennial, "People meet in Architecture". Now that's a start.

The first thing that struck me at this Biennial was the absence of futures. At least if we understand it to mean radical avant-garde architects whose self-imposed task it is to design something unprecedented. Or which at least appears to be so. Among the national contributions, the Viennese, pardon me, Austrian Pavilion is worth mentioning here. Inside, the Californian architect Eric Owen Moss presented what in his words are "new ideas, new approaches, new suggestions, new methods, new systems, new thinking", in short, formal games from Vienna and overseas. Most of the countless models had the shape of plants and animals; the structures gave in under the weight of what is new. And were there other contributions that decidedly committed themselves to the future? At the French Pavilion, Dominique Perrault took a look at the country's five largest cities, asking himself "Metropolis?" The question mark probably stands for the way things will continue. But before I understood this, I was pushed into the neighboring pavilion through all-around projections, incredible noise and the fumes from the carpet's glue. There, I was confronted with techno sounds, neon, and 3D with glasses. I later read in the catalog that the exhibition title was "Now + When - Australian Urbanism" and addressed the question of "what the future is and what it will look like." Indeed, the orange-colored textile bags from the Pavilion were beautiful and considered a popular souvenir from the Giardini.

In contrast to this, the vision of Copenhagen's future sketched by the Danish contribution was almost, shall we say, real-utopian. Bjarke Ingels (BIG), for example, designed a circle line that not only connects the city's north and south, but also serves the Swedish coast on the opposite side. An added bonus, this infrastructure is thought to generate a "new form of urbanity" - the line speeds through huge skyscrapers and above inhabited viaducts - and solve "the ten major problems of Copenhagen". The relating film projection in a corner of the room featuring a model torso was a sensation.

Paolo Portoghesi, the Director of the first Architecture Biennial in 1980, gave the latter the title "The Presence of the Past". At Corderie dell'Arsenale, he had gigantic pillars designed by the crème de la crème of the beginning postmodernism form the "Strada Novissima". In the same room, we now read "The presence affected by the past" in Tony Fretton's and Mark Pimlott's contribution. And even if we could not entirely grasp the collection of objects in their piece - ranging from an Alfa-Romeo GT 1300 Junior to a medieval baptismal font and featuring large abstract, white objects in between - it still showed us something we encounter time and again at this Biennial (aside of course from the very contemporary spatial ideas produced in Japan), namely the reflection about history, tradition and crafts.

This was demonstrated both by "Mumbai Studio" with their beautiful show workshop in the Arsenals and, in the same place, the Chinese "Amateur Architecture Studio" with a dome structure made of short wooden beams and metal hooks. And equally so by the Dutch contribution featuring abandoned churches, highrises, factories, department stores and wind mills and the Russian Pavilion that explores a shrinking industrial city and its reanimation through the conversion of its factories. It was also displayed in Belgium's contribution exhibiting building components with scratches, holes, burn and grease marks as an ode to use and, finally, by Rem Koolhas, who has returned his old style. Having recently been awarded the Golden Lion for his life's work, he brilliantly explores the themes of conservation and preservation of buildings, issues that had been stored in the Biennal curators' poison cabinet since Portoghesi.

"Of course, I do not have an answer to the question of what architecture will look in the future", a charming Kazuyo Sejima said in an interview. "Just like I do not know what the future society will look like." However, at least the 12th Architecture Biennial gives us a vague idea of how architecture might develop in the near future. That is a start at least. And maybe the future was not better in the past after all.

The following having already appeared as part of our series on the Architecture Biennial:
› Oliver Elser on the central exhibition by Biennial Director Kazuyo Sejima
› Dirk Meyhöfer on "Desire" in the German Pavilion
› Sandra Hofmeister on urban free spaces and vacancies in the French and Dutch Pavilions
› Annette Tietenberg on the British Pavilion, where a school of seeing has set up shop
› Carsten Krohn on the end of "signature architecture" and the beginning of a the production of atmospheres
› Dirk Meyhöfer on the emotional states en route to reanimating the Russian industrial city of Vyshny Volochok
› Claus Käpplinger on the country pavilions outside the Giardini and the Arsenale
› Axel Simon about the Japanese pavilion and Tokyo as metabolic town full of doll`s houses
› Annette Tietenberg about the Bahraini pavilion, which was awarded with the Golden Lion for the best country contribution 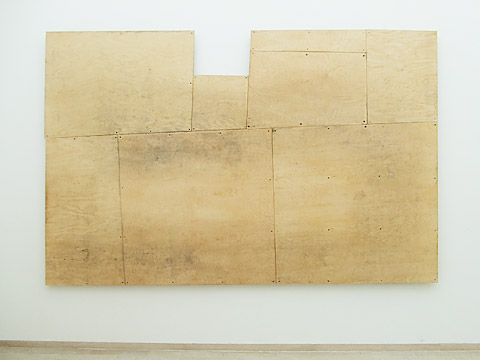 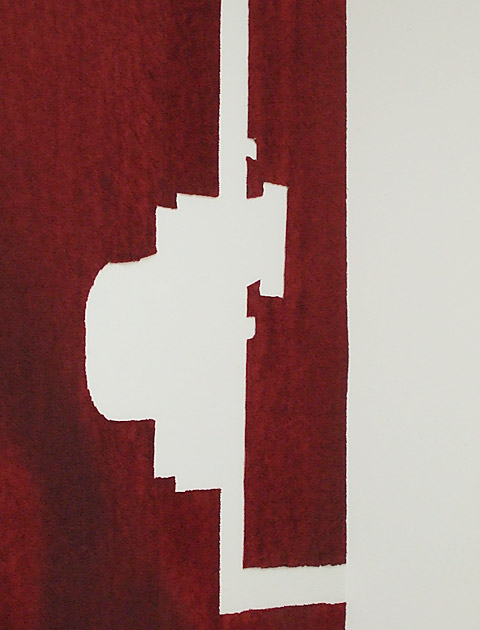 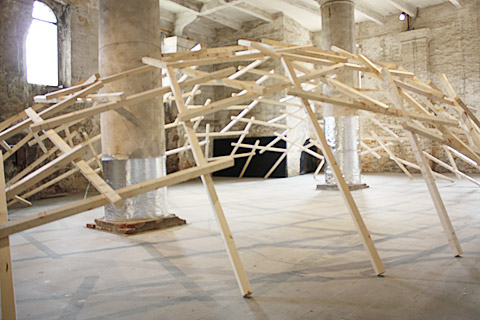 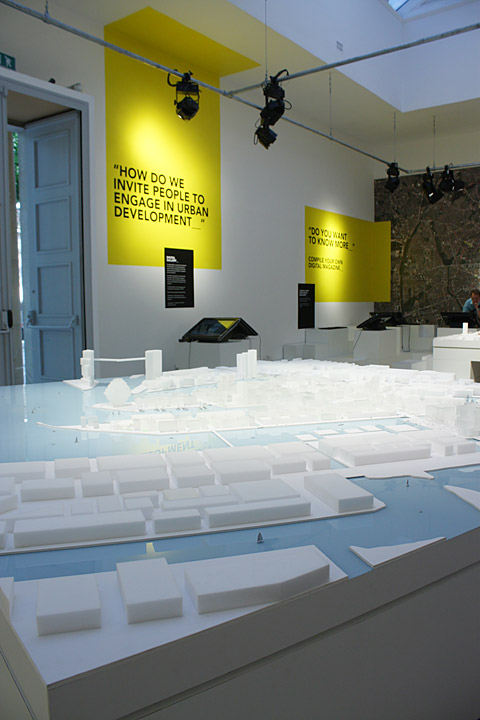 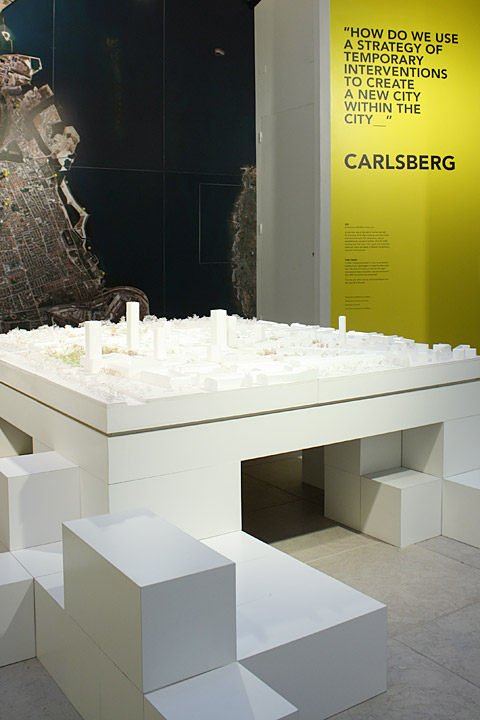 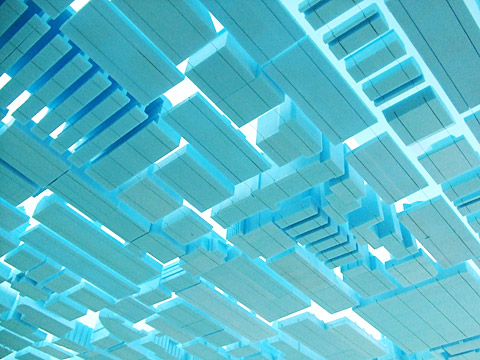 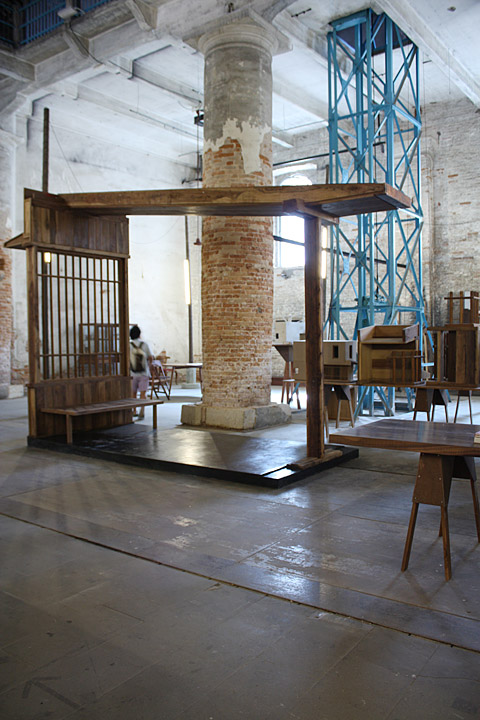 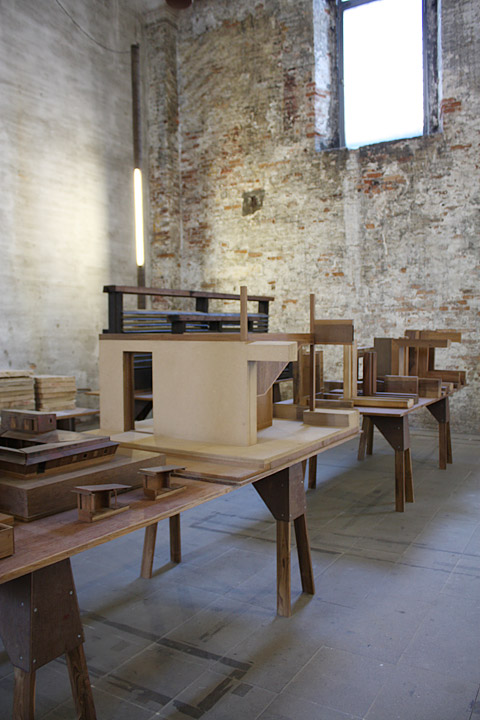 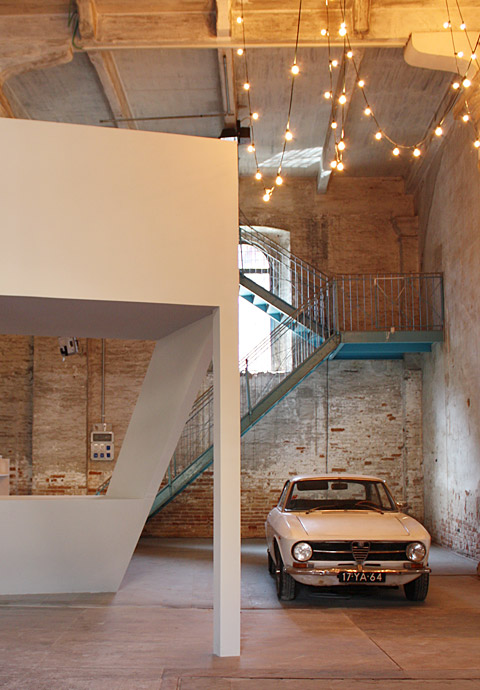 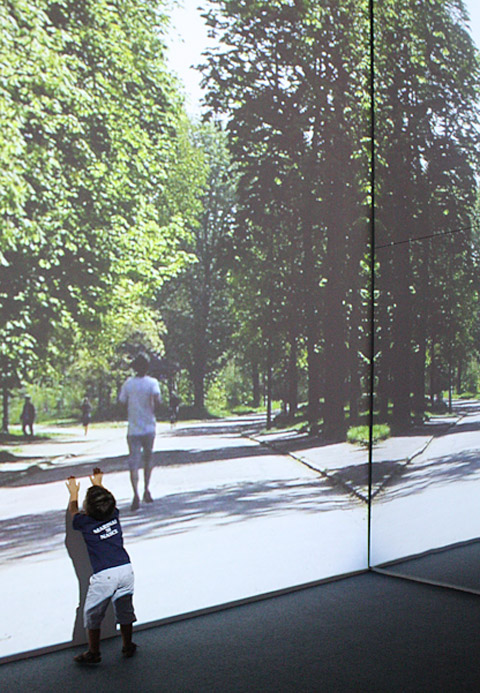 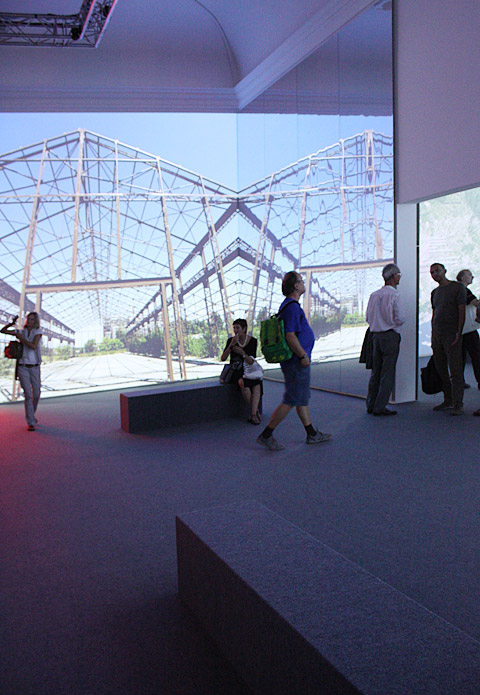 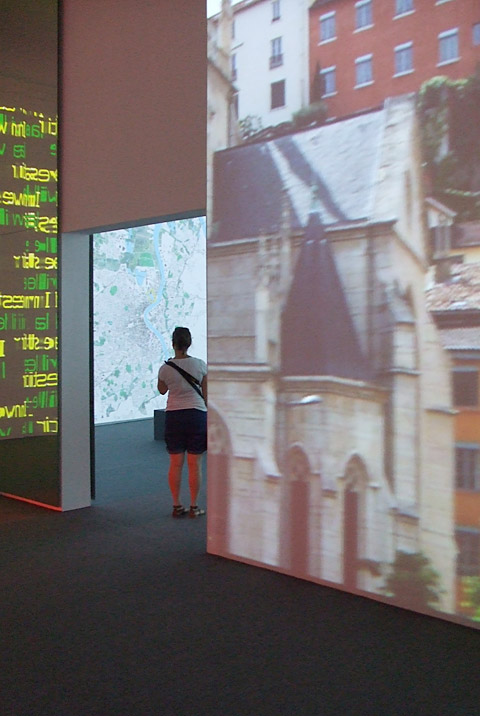 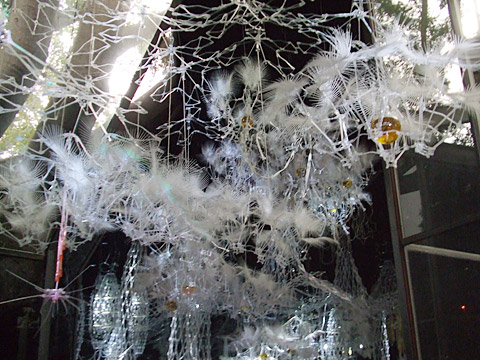 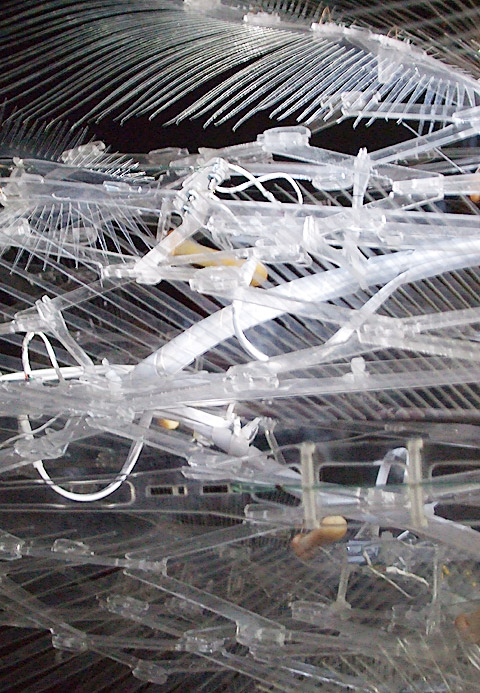 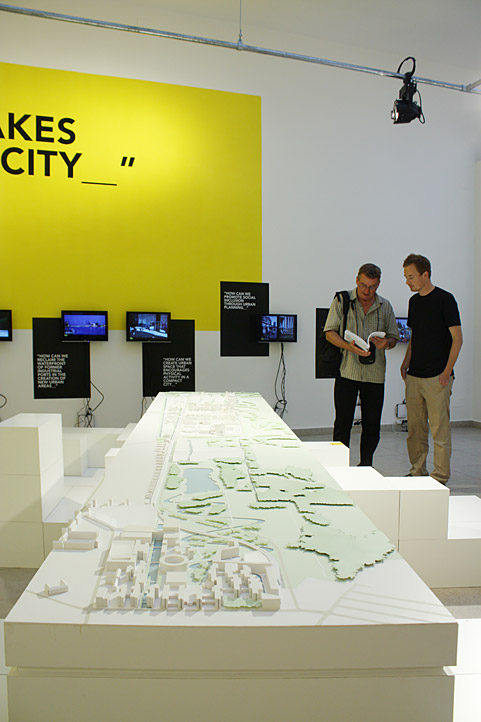 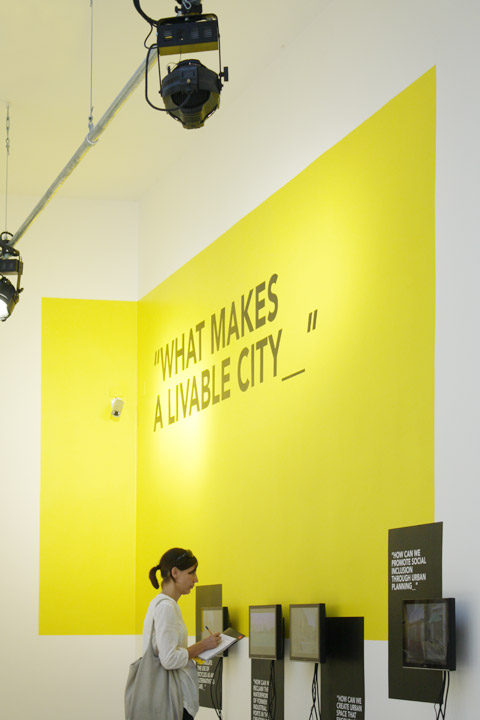 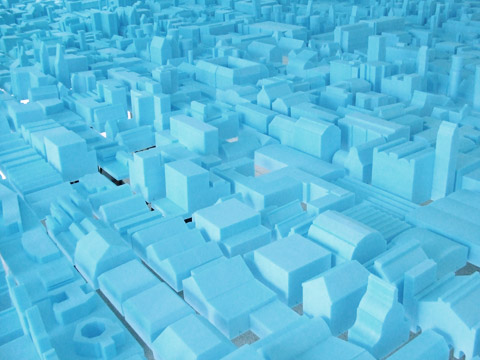 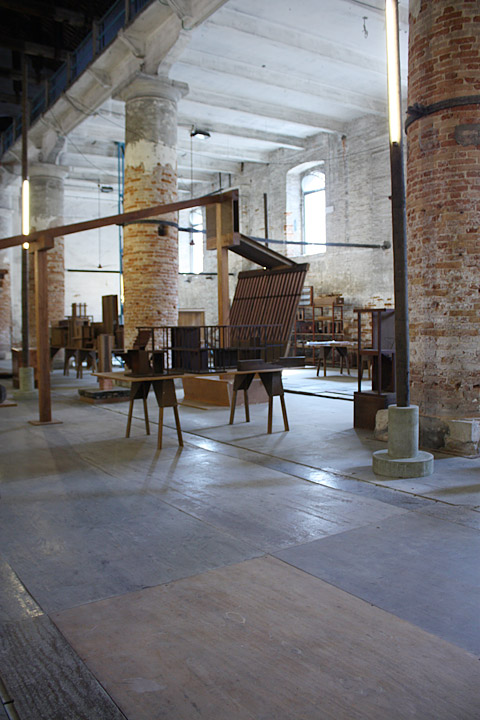 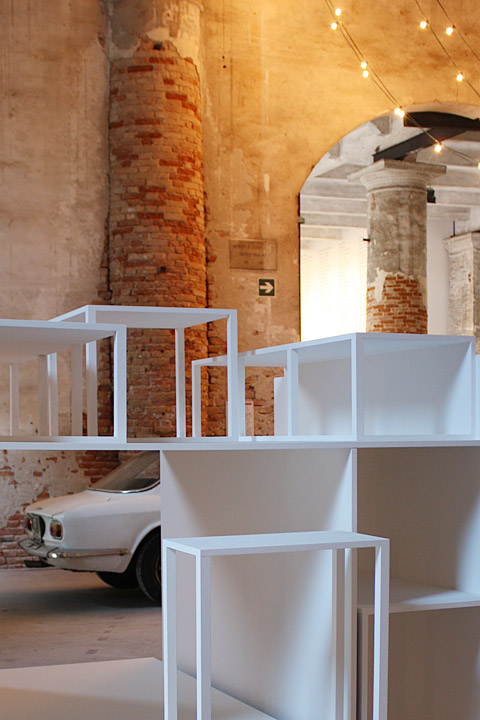 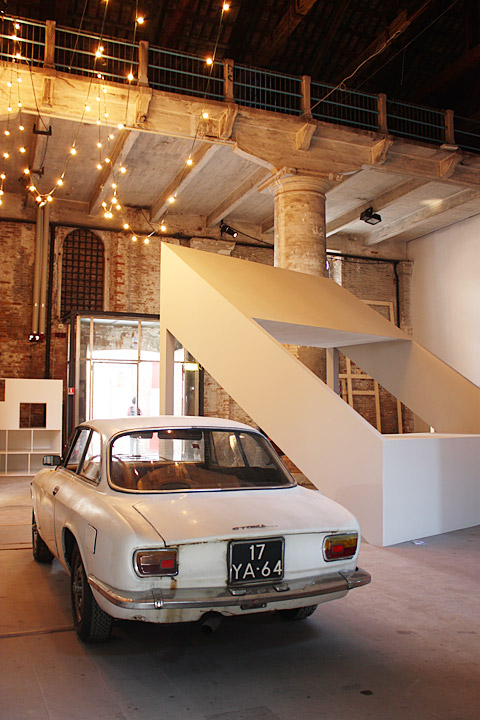