We do not have to feel as though thousands of eyes or just a detective are following us, or imagine the hot breath of accomplice Trend or the cold sweat of sister Fear behind us. It is enough to sit down in one of these huge new hotel lobbies or in the middle of an atrium, which stretches over many stories, and we already feel somehow exposed, served up on a platter like a petit four. We do not even want to think about reading, making a phone call or even having a conversation here. Thus we swiftly feel a desire for our own little hideaway. After all, it seems that many people feel the same way, ever since the public space has been filled with loud cell phone chatter and everything has become even more open and communicative.

Not only the manufacturers of menacing SUVs have recognized the increase in the public need for safety and protection in recent years, but also numerous furniture designers, who have designed corresponding armchairs and sofas, alcoves and spheres. The range stretches from the Turin-Baroque style of Carlo Mollino’s “Ardea” (Zanotta) from the 1940s and Eero Aarnio’s “Ball Chair” (Adelta) of 1966 – that plastic ball with a slice cut off, to which you can escape as in a cave – to Jaime Hayon’s “Showtime” series (BD Barcelona Design).

In particular Jaime Hayon’s creation not only plays with the erotic motif of showing (oneself) and hiding (oneself); his armchair also cheekily and cheerfully mixes styles and functions. Sometimes we get the impression that Hayon has crossed a phone booth hood with a piece of Louis XVI style furniture, then we think we can see in the hybrid creation the genes of a wicker beach chair, which has been converted into an elegant one-seater. Those looking for something no less high-end, but considerably more serious, should reach for Tom Dixon’s “Wingback Chair” (Tom Dixon) or can do something similar to Stefan Borselius, whose “Peekaboo Swivel” (Blå Station) not only has peekaboo in its name, but is also accompanied by a hood, which you can put over your head if need be, for example, if you absolutely do not want anyone to recognize you. Alfredo Häberli’s “Take A Line For A Walk” (Moroso) seems very open, just like Hannes Wettstein’s “Chat” sofa (Pallucco). However, they too offer a degree of protection and a chance to concentrate.

For all those who, whether alone or with a partner, want to stay cocooned and still remain in contact with the public, because they can observe people in especial comfort from such a hiding place, the “Alcove Sofa” by brothers Erwan and Ronan Bouroullec in the “Highback” version (Vitra) offers the definitive hideaway. The only thing missing is the waiter who brings the sherry. 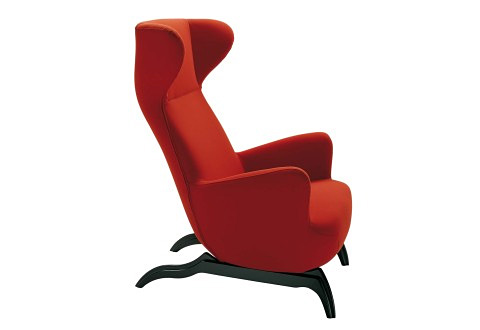 Ardea by Carlo Mollino for Zanotta 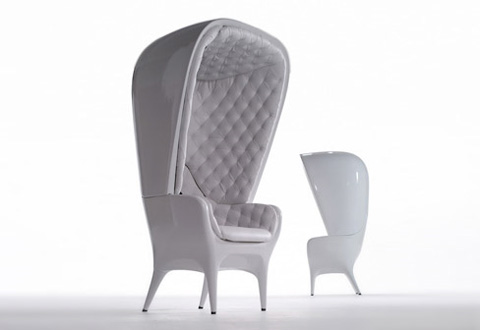 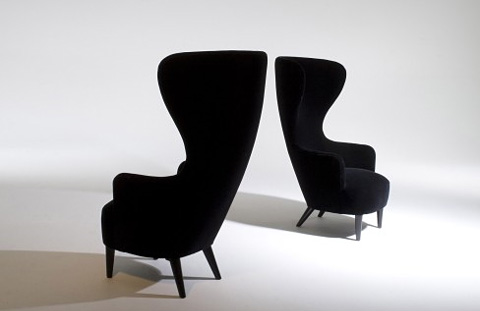 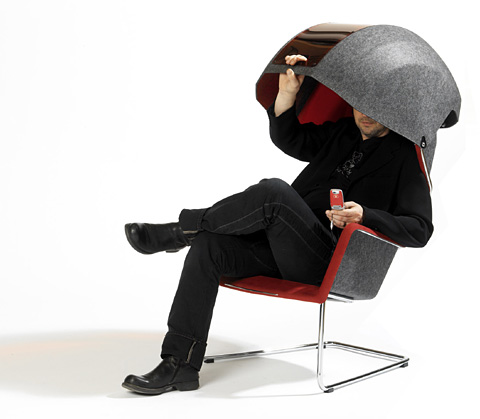 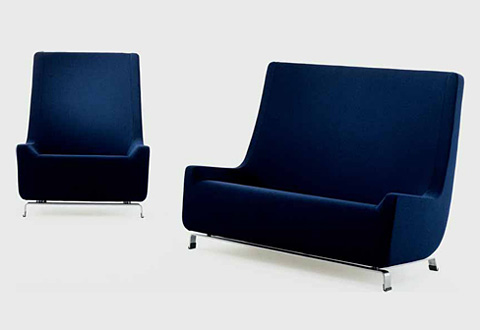 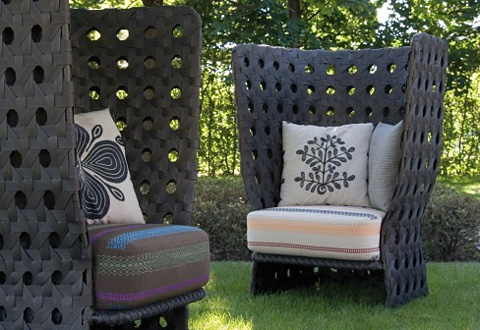 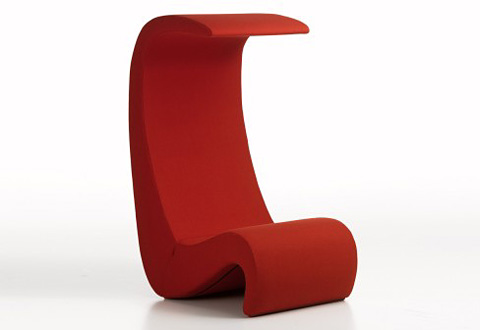 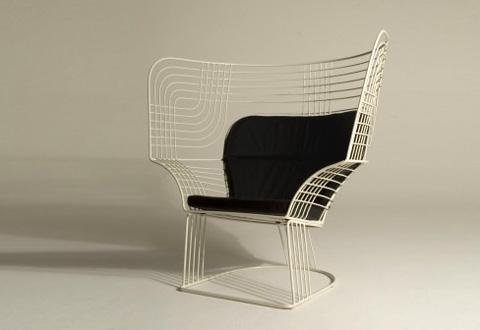 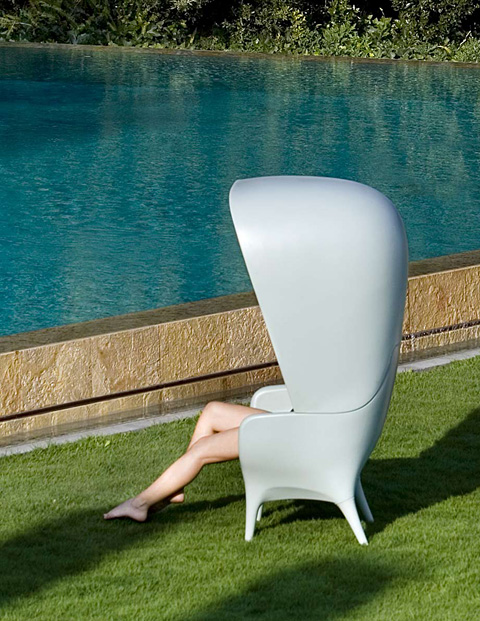 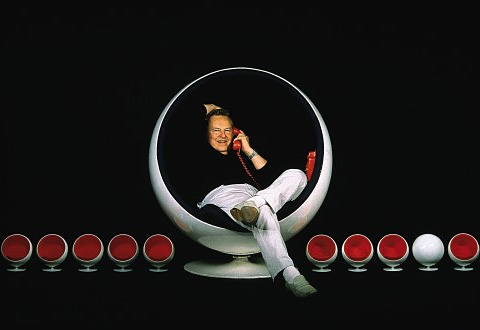 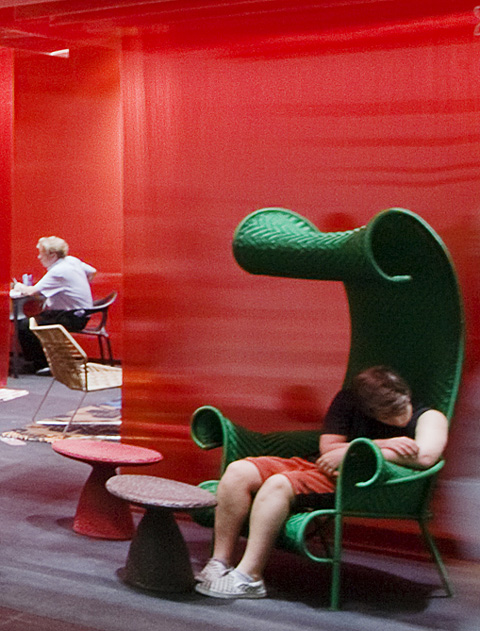 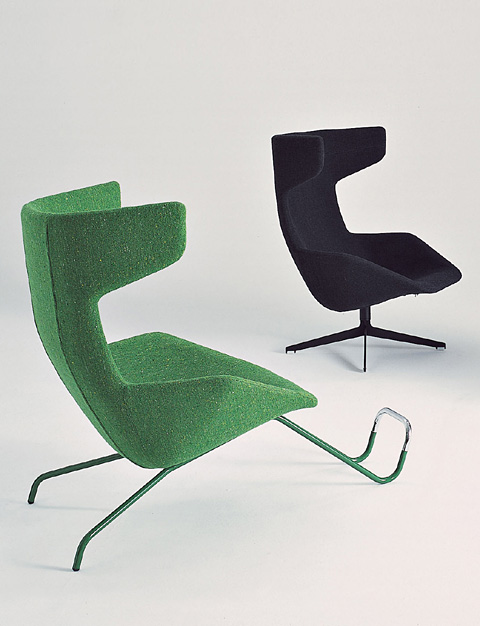 Take A Line For A Walk by Alfredo Häberli for Moroso 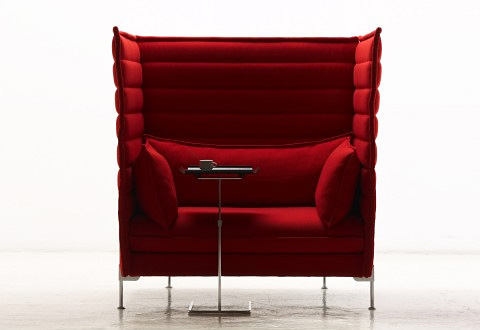 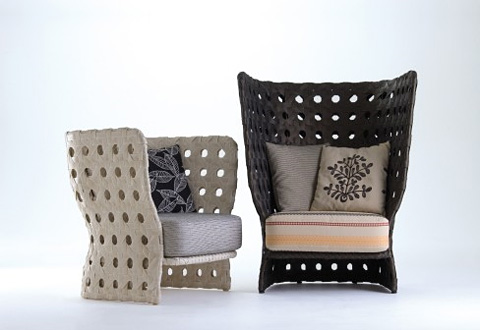 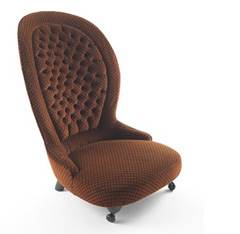 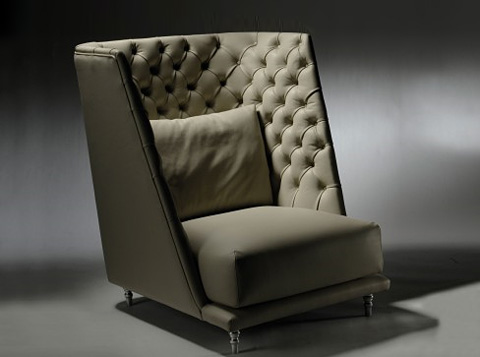