No nation is better at absorbing outside ideas and realizing them efficiently. Almost overnight, the old meatball became a fast-food hamburger and the Viennese sausage morphed into a hotdog that called itself a Frank. It was not much different with European Modernism. Bauhaus was inputted at the front, and passing through the filter of America out came a form of architecture that defined the country in the last century like no other: the American Ranch-style house, aka the rambler, ranchburger or simply the ranch.

“Long low line” as the sales catalogs used to praise. This single-story home, bereft even of a basement, with a few special features depending on the investor, transformed the functional ideas of Modernism into a soft hybrid solution that is often termed “soft modern”. These affordable ranch houses, and they spread quickly in the suburbs, seemed to come good on the great middle-class promise of the booming postwar years, namely to grant every American a slice of the “American Pie”. Until well into the 1970s, seventy percent of all single-family dwellings built were ranches. And then things went sharply downhill with the classless utopia of progress. Many of the baby boomer dream houses have long since been torn down. In 2009, when the subprime crisis tornadoed through America’s democratically worshipped “ownership society”, the Wall Street Journal even ran a title story on the fact that of all things the ranch in which Fed President Ben Bernanke had grown up had been foreclosed for a paltry 83,000 dollars.

US writer Richard Yates, who lived in a ranch house in the mid-1940s, later drew his inspiration for his novel “Revolutionary Road” from the experience. Yates felt this built family idyll was an oppressive dead-end in which the founding fathers’ spirit of freedom dwindled into a false promise. Despite the negative associations related among other things to the fact that the plots required used up a lot of land (the “urban prairies of ranch-style sprawl” as Reyner Banham called them), this middle-class Modernism is slowly heading for a comeback. We are witnessing a gradual appreciation and study of them in terms of sociology, the aesthetic of architecture and from the viewpoint of cultural studies. Since 2004, some magazines such as “Atomic Ranch” are even catering to the growing fan community. As cult Modernism, the ranches fit perfectly with the “Mad Men” hype and the eternal enthusiasm for Midcentury Modernism.

The ranch houses marked the birth of a modern type of house that seemed prototypically American. Spanish colonial architecture (no ranches there) and Frank Lloyd Wright’s “Usonian houses”, the “Case Study Homes” and indeed the entire West Coast Modernism as championed by Charles and Ray Eames, George Nelson and Richard Neutra found their way into the final product. Above all Californian architect Cliff May, who in the 1920s turned the traditional haciendas into modern single-family dwellings, pioneered the ranch house. The laid-back Californian lifestyle defined the nation’s feel for life back then and ranches became the dominant symbol of easy living, of a new beginning and of change, even in regions with cooler climates where essentially open, airy buildings with large window and fluid transitions between interior and exterior hardly made sense.

As so often in America’s history, the good old West and its frontier spirit have been overly romanticized. Few bulls grazed in the new suburbs, and were basically to be seen on TV with Gary Cooper in “High Noon” or as Western Pop with Buffalo Bill and Gene Autry. The cliché of the independent rancher who lived close to nature morphed into the family-friendly cowboy in domesticized Teletubbie land, who is obsessive about tending the lawn as an ersatz for the frontier freedom he forgoes.

“No man who owns his own house and a lot can be a communist”, the pioneer of industrial home building William Levitt opined: on Long Island in 1947 he tilled the first potato field using conveyor belts. At the end of the 1940s, “Levitt & Sons” floated its famous “The Rancher” for only 7,990 dollars. There were five different types, and the standard came with a washing machine, built-in iron, electric stove and sink. Optional extras were carpets and an Admiral TV set.

The real revolution with the ranch houses was less the architecture and more the furnishings and creature comforts. Key was the number of rooms, the air conditioning, and the push-button conveniences. The architectural innovations included a modern open-plan interior, the invention of the kitchen-come-living room as a new space for family “togetherness”, something that has featured in every US home since. The open fireplace, such a legend in the States, became a decisive design element, and one that provided heat into the bargain. Truly decisive was also the integrated garage for the family’s automobile.

Many Americans find it puzzling that a form of Modernism everyone felt was such a normal part of life for decades is now worthy of preservation as a monument. Especially as the ranches have become ever more factory-cut homes in recent decades, whose plainness is reminiscent of RV parks where one box is identical to the next. But there are differences, and they include not only the long-since appreciated “midcentury marvels” such as the “Peacock Farm” prefabricated housing estate outside Boston designed by Walter Pierce, Charles Goodman’s “Hollin Hills” in Alexandria, Virginia, or the famous Eichler houses created by Californian investor Joseph Eichler, for whom many a renowned architect worked.

In 2010, the monument preservation authorities in the state of Georgia brought out a truly scientific study of the phenomenon entitled “The Ordinary Iconic Ranch House: Mid-20th-Century Ranch Houses in Georgia” outlining its importance. Perhaps it is merely coincidence that while America’s middle class is rapidly falling apart, its erstwhile dream house has become a monument. 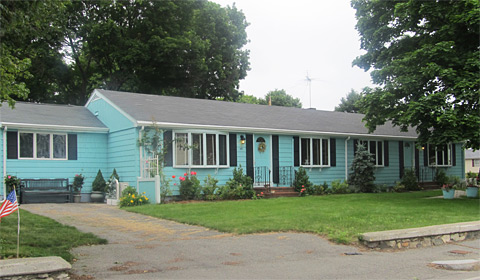 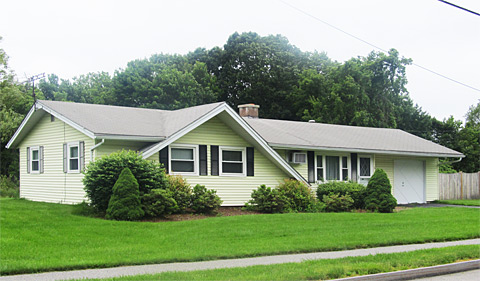 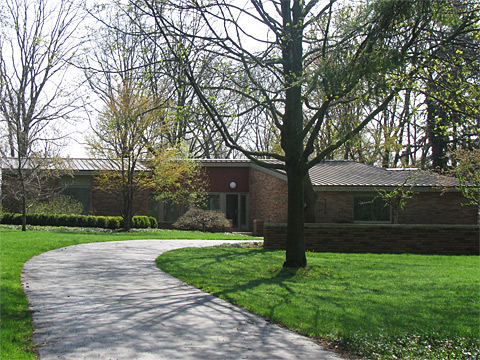 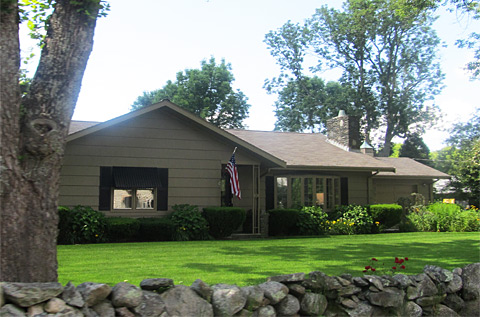 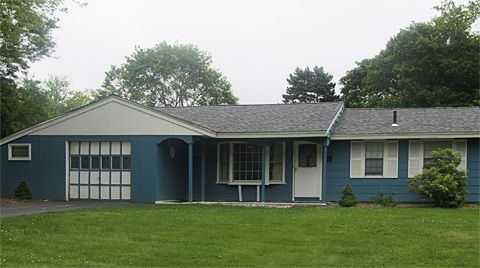 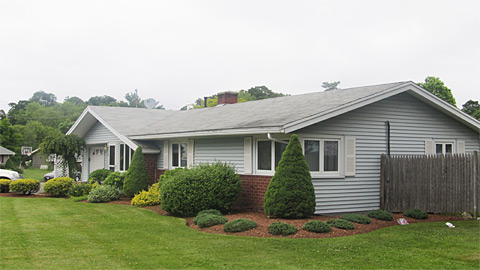 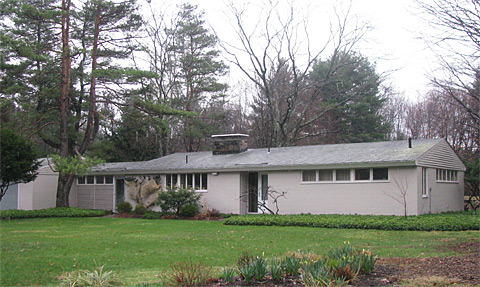 Ranchhouse in the surroundings of Boston, Massachusetts, photo © Nora Sobich 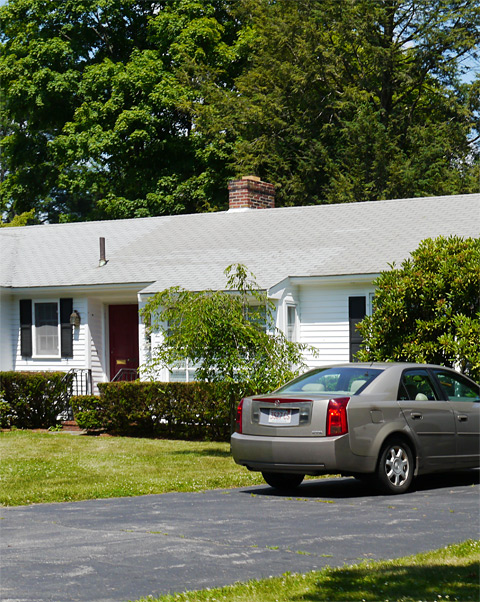 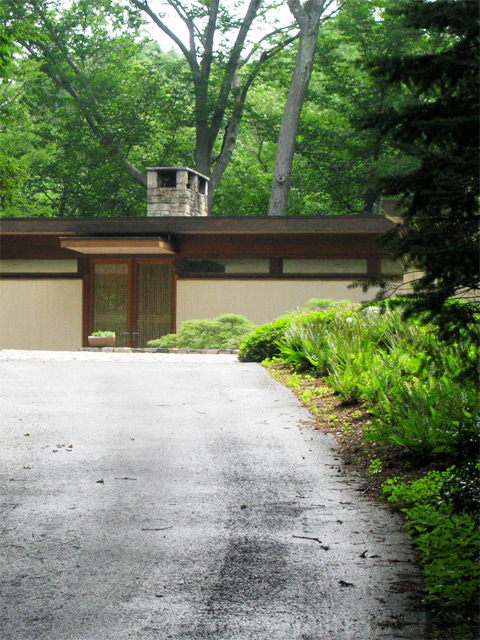 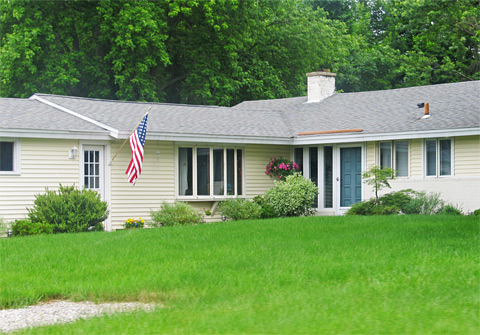 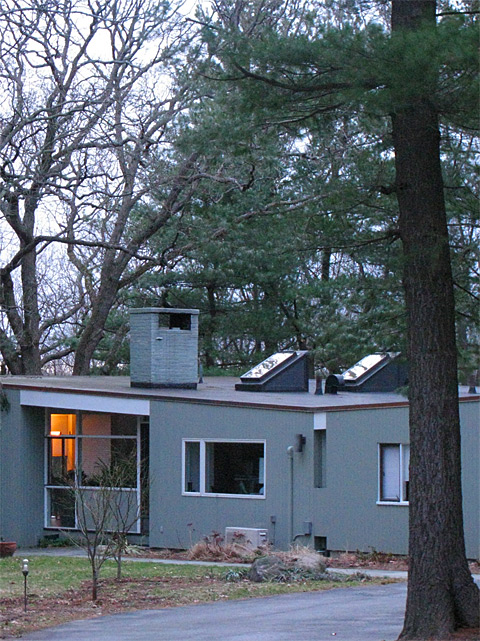 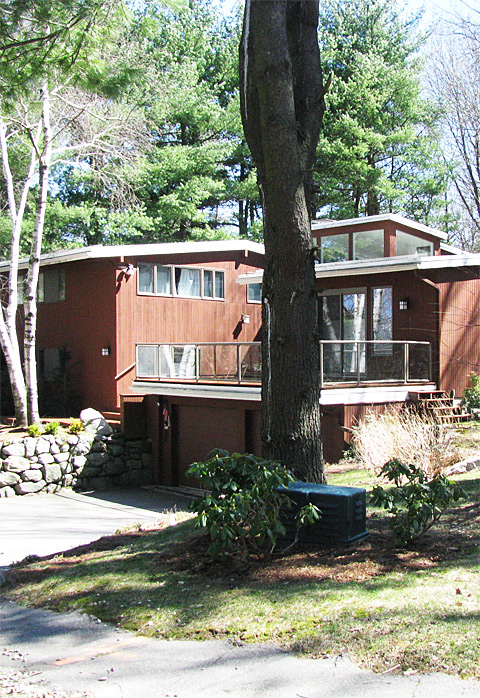 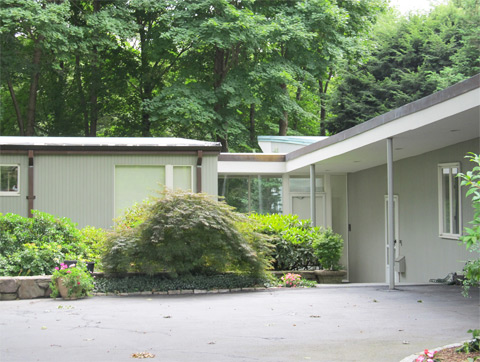 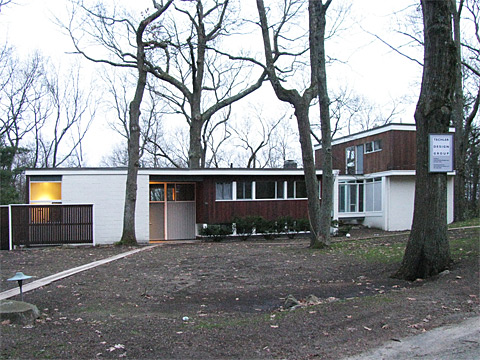 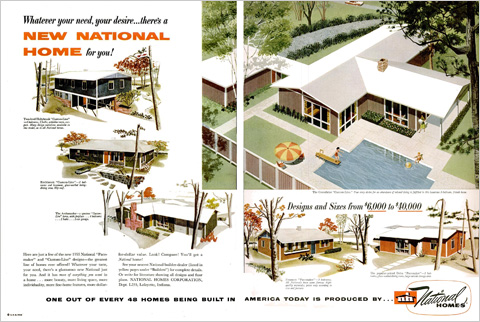