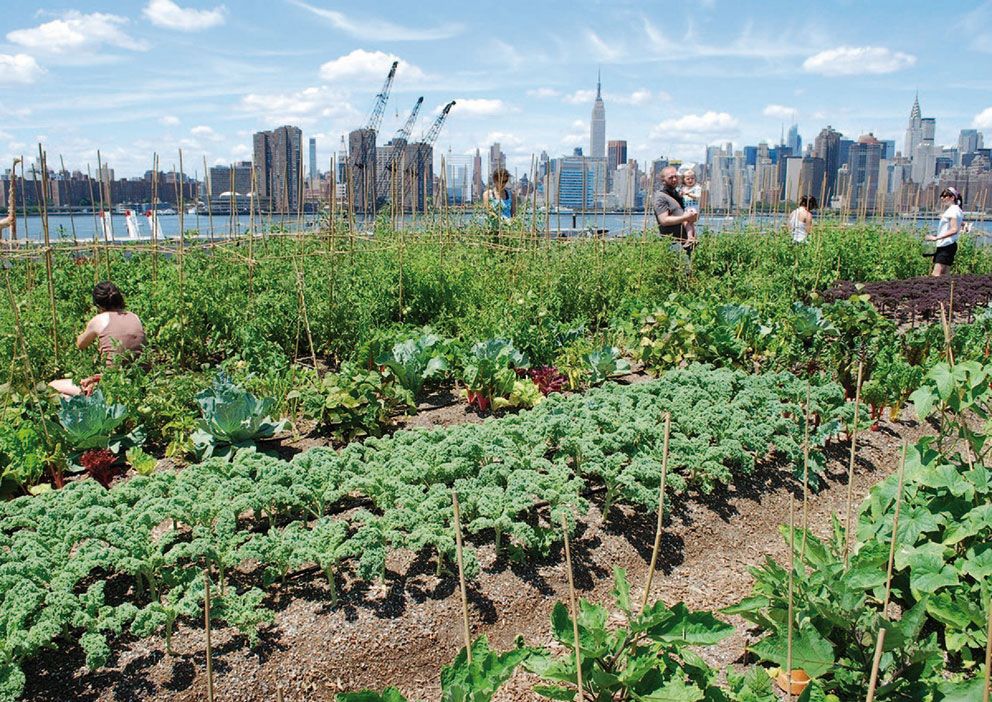 In cities, phenomena such as Urban Gardening und Guerilla Knitting are an expression of city dwellers' new playful approach to their environment. Photo © Audi AG

Why is it that we always get lost in certain buildings? What factors influence how we move around? Why are some city squares always crowded while others are always empty? And what about those cities where people are happy – what do they look like? The field of 'Urban Psychology' focuses on questions such as these: how people experience and behave in built-up environments and the impact cities have on mental health and well-being.

'Homo urbanus' is on the rise. Today, 56 per cent of the world's population already lives in cities; in 2050, this figure is projected to reach 70 per cent – all living on a mere three per cent of the earth's surface. It’s clear why research on the psychological impact cities have on their inhabitants has become an important field of scientific study. More recently in particular, the field of Urban Psychology has seen plenty of developments: discussions on healthy and sustainable living in cities are being held in both the media and scientific circles. Community projects are emerging, aimed at making residential areas more livable. And movements such as Urban Gardening and Guerilla Knitting, where urban residents can leave their mark on or 'personalize' their surroundings in simple ways, are becoming more and more popular.

As early as 1905, the influential philosopher and sociologist, Georg Simmel, in his essay 'The Metropolis and Mental Life' (1905), examined the effects of urban living on the individual and on their behaviour, personality, values and relationships. Over 60 years later, William Whyte, who is considered the father of Urban Psychology, collaborated with the New York City Planning Commission in their research on human behaviour in urban environments. He was especially interested in what makes a city a healthy one in terms of the mental well-being of its inhabitants. His interest in the effects of architecture and urban planning on individuals eventually led to the Street Life Project, the first study on the behaviour of pedestrians and how a city works. With the aid of stopwatches and time lapse videography, Whyte and his team researched people in the urban environment.

Today, great leaps forward have been made. Thanks to modern measuring and simulation technology, it’s now possible to look inside the body and mind of humans. At the Research Laboratory for Immersive Virtual Environments at Waterloo University, a team led by Professor Colin Ellard is working on neurosciences and urban planning, using sophisticated simulation methods. In order to find out how certain type of architecture, green spaces in cities or the hustle and bustle of big city streets impact humans, researchers allow trial participants to wander freely through photorealistic simulated realities, while sensors register their eye movements and physical movements, as well as their various vital signs: heart rate, condition of the autonomous nervous system, cortisol levels and brain waves – thanks to modern measuring technology, such information no longer has to remain a secret. The researchers then accompany the wired-up participants as they walk through the real city, registering their cognitive and emotional reactions to the urban environment.

Ellard is convinced that a combination of lab experiments and field studies can lead to substantial progress in Urban Psychology: ‘A marriage of laboratory-based virtual reality simulations with real-world observations using smartphones and physiological sensors could form the basis of a new and powerful discipline of experimental urban design based on sound principles of psychology and neuroscience.’ For instance, Ellard's team was already able to prove that green spaces make people feel happier, relaxing the autonomous nervous system.

Similar results were obtained by the environmental sociologist, Dr. Dörte Martens. Researching 'the design of urban green spaces in terms of its restorative effect on individuals at Potsdam University, she found that a natural environment has a positive impact on people's performance. 'What this means for cities is that natural elements have a role to play in urban planning and promote daily casual recreation', says Martens. From this perspective, green spaces in cities represent a simple, yet highly efficient, way to increase the well-being of city dwellers. A green space as big as New York's Central Park is not always required; 'Pocket Parks' or green strips running alongside the road are quite effective for the casual recreation, too.

The Canadian journalist and author of the book 'Happy City', Charles Montgomery, takes a slightly different approach. Looking to understand the connection between urban design, emotions and human behaviour, he coined the term 'Urban Experimentalism“. Montgomery calls upon city dwellers to look for ways in their own environment to make their city a happier one: ‚Any of us can help reveal the mysteries of the city by doing our own informal experiments on the places where we live—and sharing the results. The better we understand the relationship between our cities, our minds and our experiences, the better equipped we’ll all be to design cities that are happier, healthier, and more resilient.’

Montgomery focuses a great deal on mobility in cities. For instance, he has found that commuting makes people unhappy. The further people have to commute the unhappier they are. Studies have shown that rush-hour commuters suffer greater stress than fighter pilots. For urban planners, this means designing residential areas in such a way that they're well connected to public transport and that streets offer enough space for pedestrians and cyclists.

Today, thanks to numerous studies and experiments, as well as modern simulation and measuring methods, we have a better understanding of how cities function and what urban planners and architects should take into account if they want to create healthy, sustainable and livable cities. For psychologist and environmental sociologist, Martens, a happy city is, for instance, 'a city where a public space is seen not only in terms of its monetary value, but also in terms of its recreational value. This includes, alongside public access, the opportunity for citizens to have some input into the design of public spaces – ideally, this should happen at the planning stage – but at the latest, before implementation and use.' 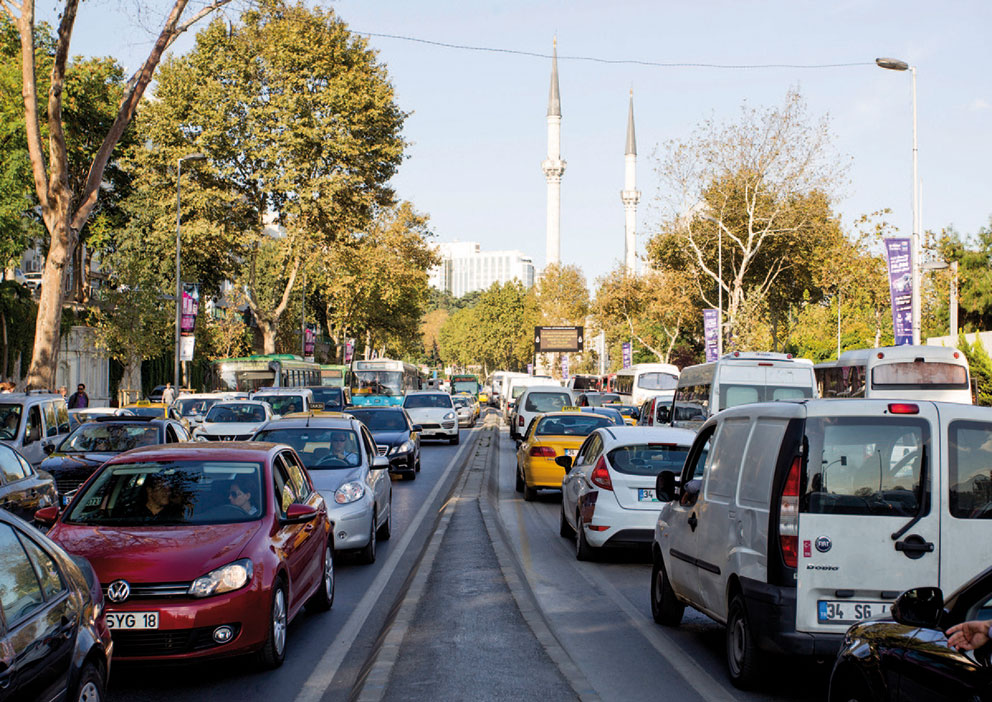 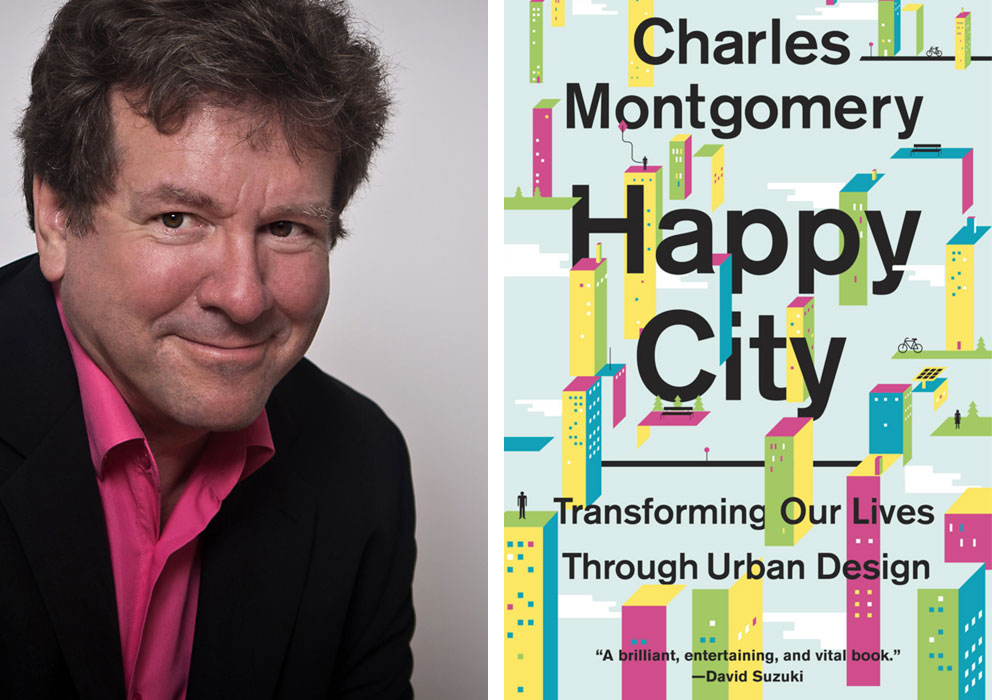