top
The social significance of design critique is huge
Nov 22, 2011 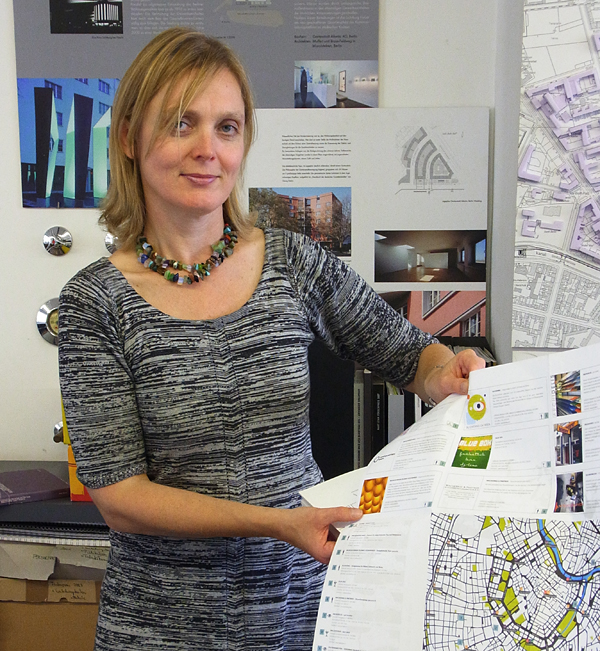 Wilhelm Braun-Feldweg is considered a pioneer of German industrial design; the 1959 elegantly curved "Havanna" luminaire or the techy-cool "Britz" luminaires of 1962 (manufactured today by Mawa Design) are just some of the iconic pieces that spring to mind. Yet in recent years the name of the late designer who also composed numerous writings on design theory has come to be associated not only with his own design work but also with the Wilhelm Braun-Feldweg Prize for Critical Texts on Design, established by his heirs and fondly referred to simply as the bf Prize.

Established in 2003 the bf Prize is now being held for the sixth time. In Germany, Austria and Switzerland, students and graduates of design are invited to submit a text on a topic of their choice that is relevant to design; deadline for receipt of entries is April 10, 2012. The jury considers writing a part of the creative design process. Analysis and conclusions should form the focus of the reflections. The winning entry will be included in the series "Designkritische Texte" that is brought out by Swiss publishing house Niggli.

The public face of the bf Prize is Benita Braun-Feldweg, Würzburg-born granddaughter of Wilhelm Braun-Feldweg who today heads the bf-Studio architectural firm in Berlin together with Matthias Muffert. Despite having her own creative work to think about, the bf Prize is by no means a sideline for Benita Braun-Feldweg. When speaking with her about it, it quickly becomes clear that she is fully committed to this support prize and seeks to continually enhance and develop the project. Nina Reetzke spoke to Benita Braun-Feldweg about the insights gained from the previous five bf Prizes, the need for serious design critique and memories of her grandfather.

Nina Reetzke: Where did the idea for the bf Prize come from?

Benita Braun-Feldweg: In our family, it became clear at a relatively early stage that we wanted to offer a support prize named after Wilhelm Braun-Feldweg. In 1998 we began with an exhibition of his work at the Berlin University of Arts, which was followed by monographs and a number of product re-editions. But for us this all seemed rather insufficient. We wanted to do more than contemplate our grandfather's works in retrospect; we wanted to capture it in its full significance, for the present as for the past. In this context, the idea to launch a support prize was born relatively early on. BMW's agreement to a five-year sponsorship deal provided the final stimulus, emboldening us to proceed with the project without quite knowing what it would actually be like. Egon Chemaitis proved to be an important source of ideas, now retired he was formerly a Professor for the Foundations of Design at the Berlin University of Arts and himself a student of Wilhelm Braun-Feldweg. Chemaitis thought that it would be a good idea to create a design prize related to writing for this was in fact Braun-Feldweg's greatest interest. He had always held an ideal of the writing designer in mind, ergo the designer who is capable of designing but at the same time formulating his ideas in words too. Not in order to describe himself, but to ascertain where he stands, what he wants and in which direction things should progress.

What have you learned from the first five rounds of the bf Prize?

Braun-Feldweg: No matter which perspective I take on the bf Prize, to my mind it's always important that the texts find their way into the public domain. In the first two rounds, we produced brochures of texts which were published in an edition of designreport magazine. In the subsequent rounds, together with our new logo and corporate design, we also set about composing a book from the texts. Now, the prize-winning texts are published by the publishing house Niggli. The decisive factor is: a book must be able to deliver what it promises in terms of content. At the time that we send out our call for entries, the question of whether it will be a worthwhile undertaking to publish a text by a so-called "unknown author" is always hanging in the air. Our past experiences have been favorable in all respects and we thus now know that we can meet the challenge. After all, the publication is the winner's prize too: publishing a book on this scale costs between 12,000 and 14,000 euros, including the translation into English.

Where do you see the bf Prize heading?

Braun-Feldweg: We would like to entrust Wilhelm Braun-Feldweg's estate to the design collection of a leading museum. For us the most important thing is that his legacy remains accessible, is showcased in exhibitions and not hidden away in storage somewhere. Furthermore, we believe that in terms of content the bf Prize represents an enrichment of Wilhelm Braun-Feldweg's work and comprises a key component in nurturing his estate. It is for this reason that in our negotiations we try to consider the estate and the support prize as a unity.

What kind of importance do you attach to design critique?

Braun-Feldweg: The social significance of design critique is huge. It should not only be in times of crisis that we stop to think about critique and how it should be. As an architect I'm sorry to say that I have to state that in Germany there is no critique of architecture. At best, we find essayistic coverage in newspaper arts pages, passages that describe but do not judge, usually about purportedly interesting buildings and if possible about some star architect. But a socio-political examination of content, form and necessities is nowhere to be found. Should one chose not to conform, that is to say write without seeking merely to create marketing or PR, and even take up a critical stance, this would pose a great risk for a medium that wants to maintain its circulation figures.

What do you think of blogs?

Braun-Feldweg: Although it is to some extent possible to find some wittily worded musings in blogs, the subject matter is rarely considered in its entirety. It really is a shame, for society is not only design, society is also the perception of the present and the self, and in order to really perceive something it is not sufficient to simply gloss over it. You need to take a moment to look at the situation more closely. Writing is a perfect medium to make others aware of phenomena as well as the things that surround them day in day out. And even if the result is not always perfectly articulated, the process of clarification is itself worthwhile.

Who are the best design critics – designers or scholars in the humanities?

Braun-Feldweg: Both approaches are of relevance but at the same time such a question highlights the real dilemma and the opportunities for the bf Prize. For on the one hand we consciously do not look to design theorists – who thanks their experience have a great deal of background knowledge at their disposal and have also mastered the craft of language – but rather to designers themselves who generally take up their own position on issues for the future of design without using the written word. And so, this prize has been created to overcome this apparent voicelessness and the consequences of a lack of adequate positioning on the subject. It is a matter of stimulating the next generation of designers and encouraging thought in the universities about which structures and mediums they can utilize to formulate their response to these questions.

Braun-Feldweg: I grew up next door to my grandfather. He moved from Berlin to Würzburg in 1976, at which point I was 11 years old. But I still have memories of his Berlin apartment from large family events. It was at Steinplatz opposite the University of Arts; a huge, fascinating place with a large stairwell and many rugs and carpets that covered the stairs, a wrought-iron lift and that slight musty smell typical to old apartments. In Würzburg, lights that he had designed himself hung from the ceilings and his own pictures adorned the walls. I drank from his glasses and ate with his silverware, without really knowing what that meant. To me they were just everyday objects. At first I wasn't so close to my grandfather but then as I got older we became closer. However, my experience of him was more of him as a painter than a designer. In his dotage he took up his studies in painting again. There was always much discussion and polarization within my family, in particular between my grandfather and his children, whereby I took on the role of observer. Topics generally focused on socio-political issues and in just the same way, he saw writing as a challenge to you to position your own actions.

Which aspects of his work do you value the most?

Braun-Feldweg: I find his written works remarkable, each and every time I read them; some examples being "Griffe beurteilt die Hand" ("The hand is the judge of the grip") or "Die atavistischen Hinterhöfe des Gemüts" ("The atavistic backyards of the mind"). They are statements that adopt a particular position; not empty rhetoric but carefully considered formulations. While the writings are in part from another age, they simultaneously have something to say about the present day. They say: "Cut me a break. That is that and that. I see it in such and such a way." It is the clarity of the assertion that really astounds me. At the same time I think he made some very beautiful and sensual objects in the 1970s before he began to work as a teacher, such as the "Havanna" luminaires. I feel a special affinity to them, for me they come across as being so natural.

To what extent did he influence your own work as an architect?

Braun-Feldweg: As an architect I increasingly came into contact with design. I was always fascinated by the comparatively independent way of working – which led me to take our firm in the direction I did, bringing us to where we are today. We develop our construction projects ourselves, like a product, and then we sell them. We look for plots of land, develop buildings and establish them as a brand – the most recent example being the Metropolenhaus in Berlin's Mitte district. This independence affords us a great degree of freedom in terms of design, but at the same time entails a great deal of responsibility for the project in its entirety. 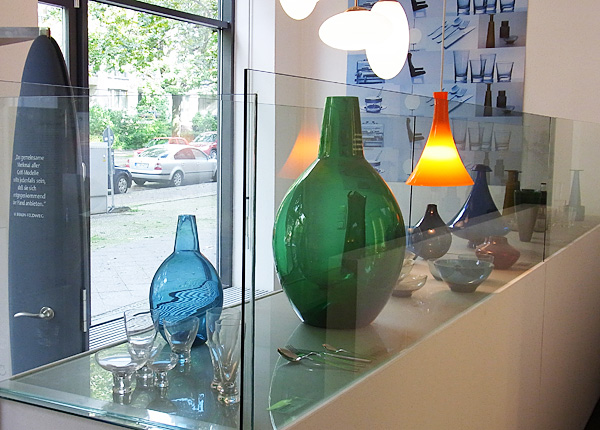 Exhibition at the Atelier bf Design in Berlin 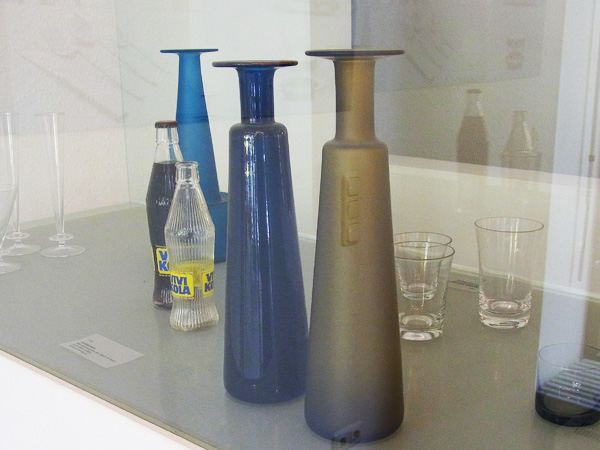 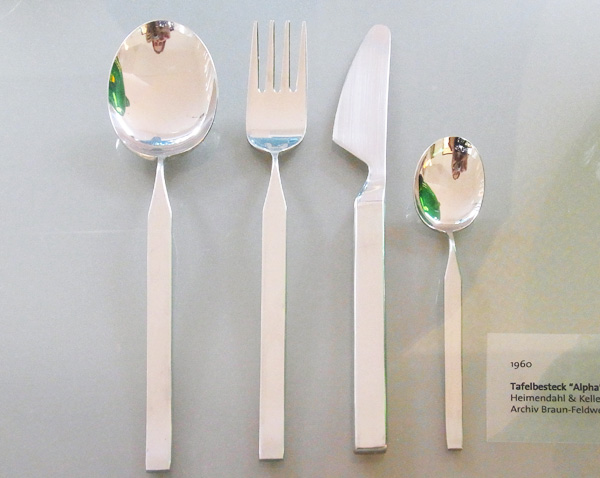 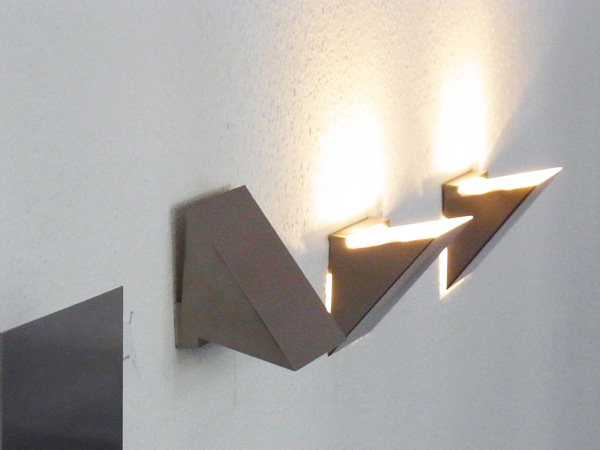 Reedition of "Britz" by Wilhelm Braun-Feldweg 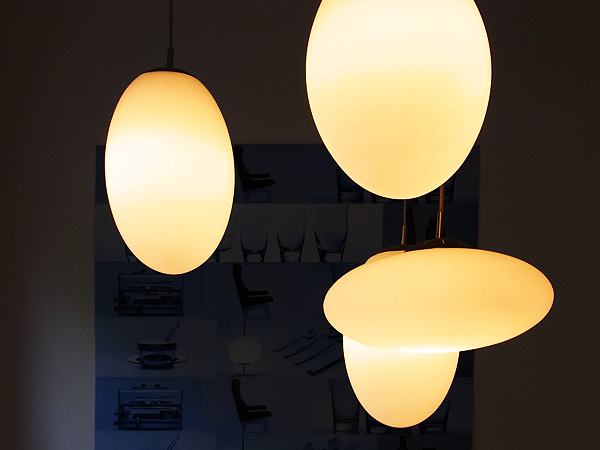 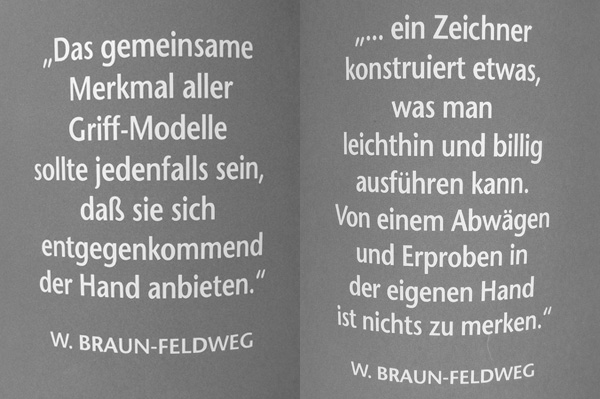 Quotations in the exhibition at the Atelier bf Design 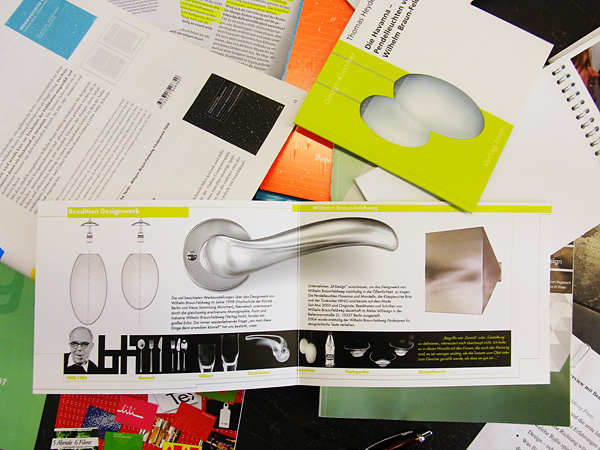 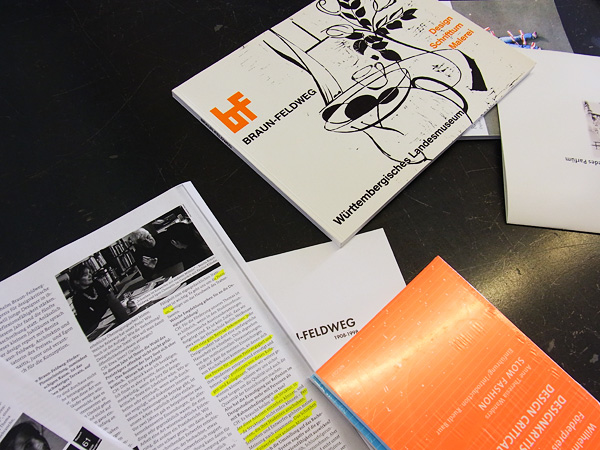 Various publications by and about Wilhelm Braun-Feldweg 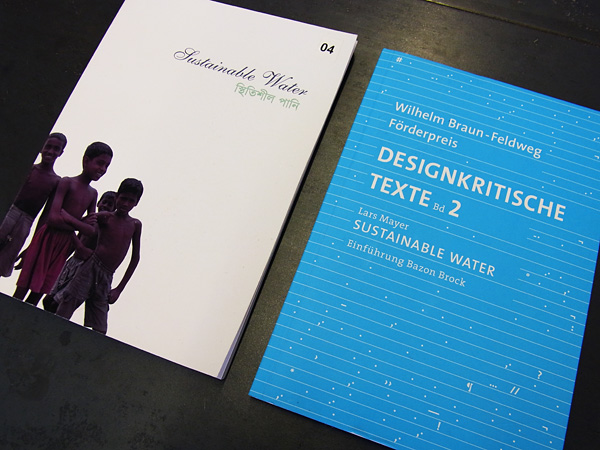 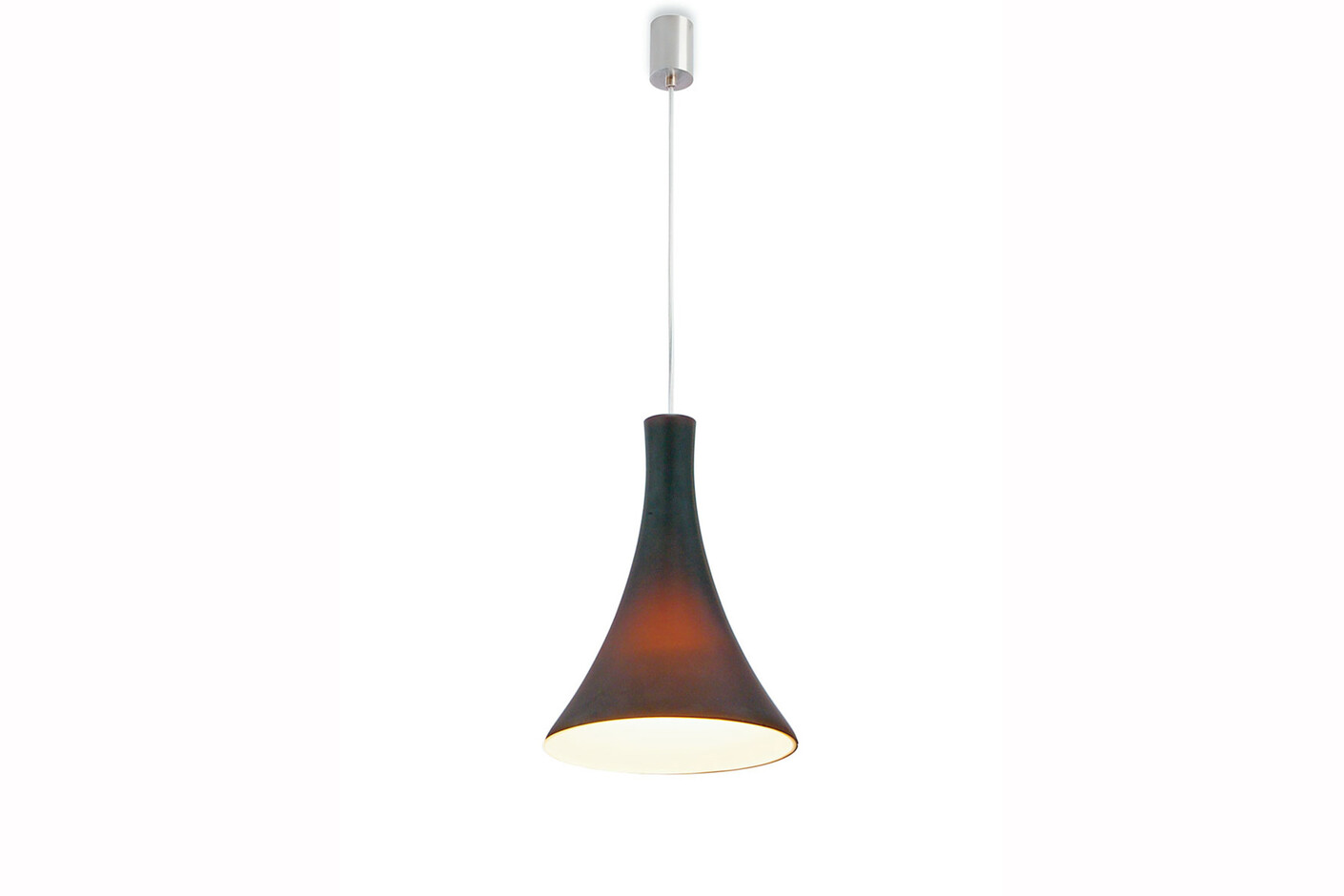 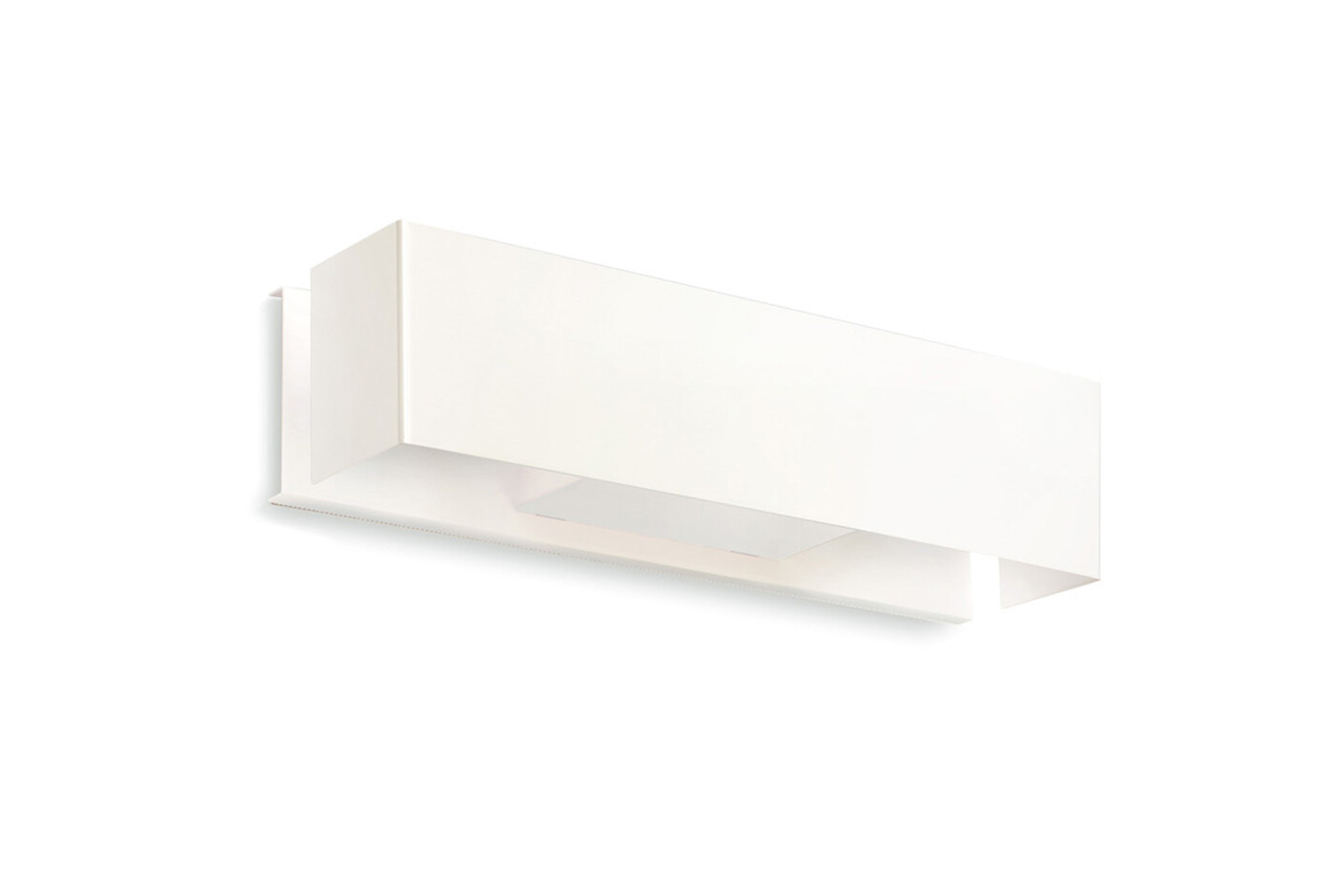 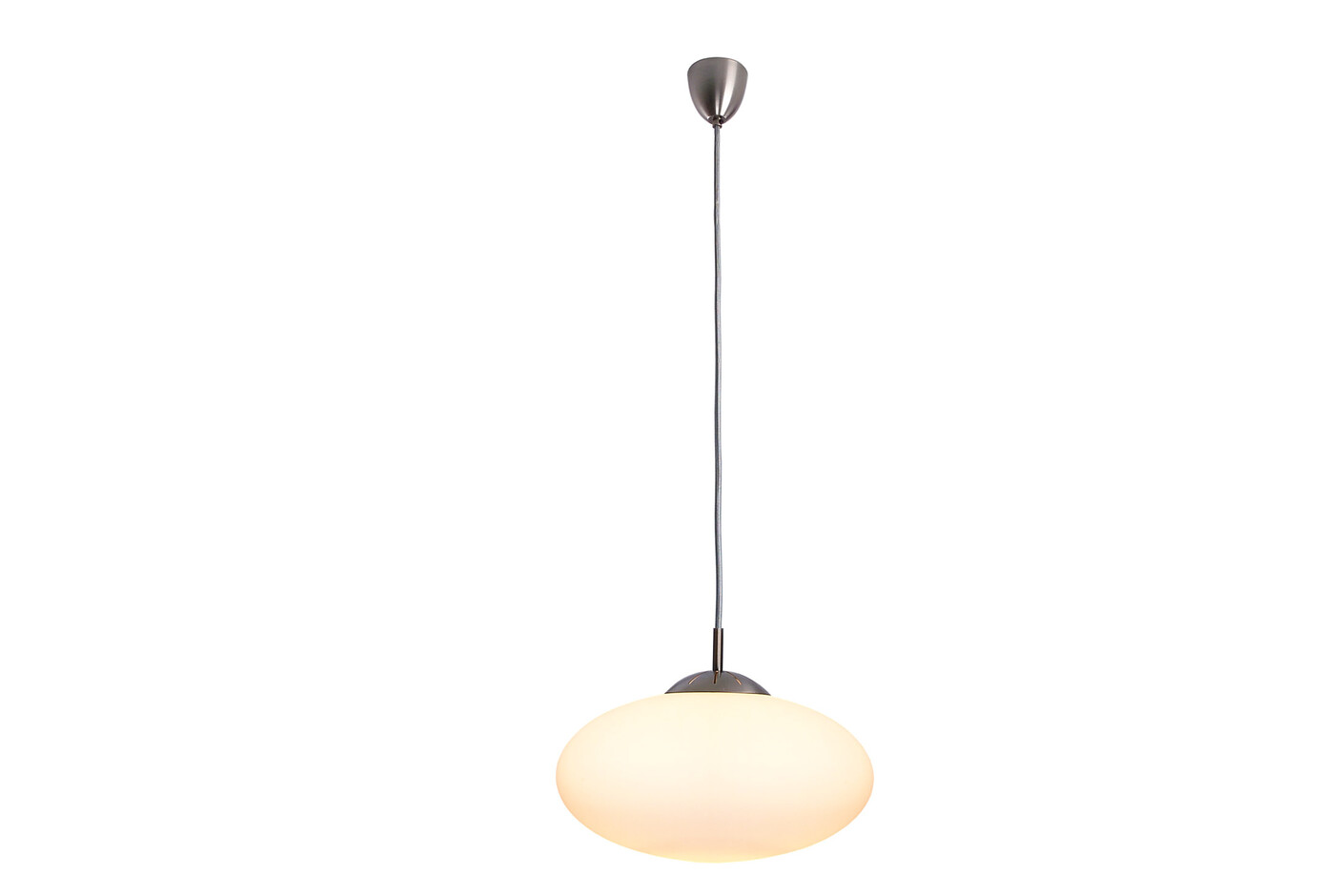 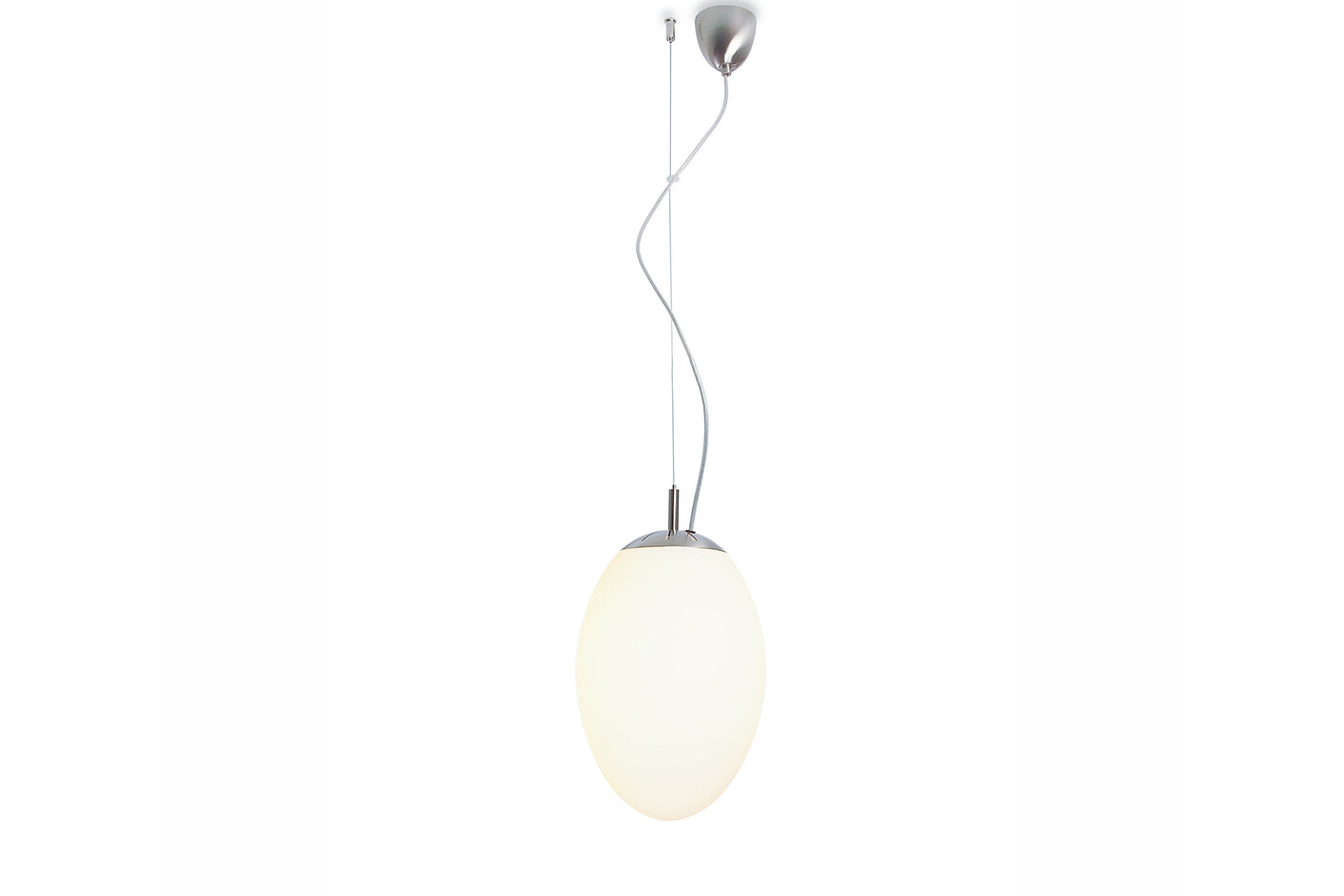