top
The Speedway into the Future
by Sandra Hofmeister | May 29, 2010

Everyone is currently setting all their hopes by electric cars to take us into a low-emission, green future. That said, the limited range of their battery system remains a technical problem - and there is no solution in sight in the medium term. For this reason, Munich-based industrial designer Christian Förg proposes taking a different approach. In a much-noted graduation project entitled "Speedway - an alternative transportation system" he devised a supplementary drive system that enables the batteries to charge and the cars to travel long distances. The system goes by the name of "Speedway" and seems as visionary as it seems plausible. It could completely change mobility of tomorrow. Sandra Hofmeister spoke to Christian Förg on the opportunities and risks as well as the advantages and practicality of the magnetic wave drive.

You have devised a transportation system based on a linear motor that can be used for personal transport. What are the decisive components of your concept? Can you give us an idea of what the "Speedway" is like?

I am convinced that gasoline-fueled engines will only become obsolete once a solution is found that enables electric cars to cover long distances. In the form of Speedway I have devised a transportation system that enables electric cars to drive long distances and solves the problem of range. I relied on existing technologies so as not to have to wait for a miracle battery that will perhaps never materialize. The Speedway functions using a linear drive positioned under the surface of the interstate. This drive generates a wandering magnetic field that moves the cars along the road, similar to that used for the Transrapid maglev. To put it very simply, it is a cable system that can be laid under the asphalt, for example, if the road needs resurfacing or repair. To use the drive cars need to be equipped with an antipole, a kind of metal panel under the car body that is easy to retrofit - in fact both electric cars and autos with combustion engines can be equipped with one.

What are the advantages of the new drive system?

Interstates and road could gradually be outfitted with such electric lines. And no new infrastructure or vehicles would be required. In cities, the electric cars would simply run by battery power, and for long distances they would connect to the Speedway system and be powered by the linear motor. I tend to compare this to magnets that you put under a piece of paper and then move a coin on the paper's surface. The Speedway system is fairly similar, whereby it is not a magnet but magnetic waves that get the car rolling.

So how does a car switch over from its battery to the linear drive?

The system does that automatically. In addition, an electric car's battery can be charged by induction while it is moving. Meaning that if you drive from Munich to Hamburg, you connect to the Speedway and your battery would be fully charged by the time you reach Hamburg. That would eliminate the need for charging stations along the way; Speedway not only provides the drive, but the charge for the last mile, too.

So the big power utilities will need to be involved.

Indeed, without the big corporations such ideas will simply not get a proper public airing and certainly will never be realized. We could spend a huge amount of money currently used to buy oil in outfitting our regional infrastructure and local generated energies.

Yet the energy side to electric cars has to be viewed critically, too. An electric car does not itself produce carbon dioxide, but the nuclear power stations and coal-fired power plants certainly release emissions. Without regenerative energies electric cars are not going to impact positively on the eco-balance.

I believe that is purely a political issue that we could solve if we wanted, as all the technologies we need have long since been developed. What is lacking is the political will to bring a clear concept for eco-electricity to bear in relation to electric cars.

What consequences does the linear motor have for acceleration and deceleration? Will all the cars on the Speedway all travel at the same speed?

No. With the maglev systems used for rail transport there are various ways for enabling different vehicles to travel at different speeds. Cars can overtake one another or wheel-suck in a convoy to save even more energy. Individual mobility will in no way be constricted. Moreover, not all car drivers will have to use the Speedway system - because the road surface will not have been changed. The road will simply have been upgraded by an added option.

What about the switch over and soft introduction of the Speedway? How will that work?

That's the old problem of the chicken and the egg. Now which comes first? Although the entry into magnetic drive systems is relatively simple, as it does not require any new infrastructure and merely makes an additional option available. Nevertheless, no one would buy a Speedway-ready car if there were no roads for them. Put differently, no one would build a road for the cars if they don't exist. Many researchers have pondered the problem and sought solutions for this fundamental problem of how to implement a new system of transportation. Initially, a few important routes would be upgraded, ones used by heavy goods vehicles. The freight haulers have a strong economic interest in automated zero-emission transportation and think longer-term than private users when purchasing new equipment. The principle could then gradually be expanded to include other roads and once the network is dense enough the private users would enter the scene. This soft introduction could also be used for magnetic drive systems.

Instead of focusing on the issue of batteries for electric cars you have simply developed a completely new drive system. What inspired you?

I was a guest student for a semester at the college in Graz and that's where it happened. I really wanted to combine scientific questions and methods with design. So I tackled the topic by studying the wide variety of technologies available and waded through all the different patents that exist but have not yet been realized. Industry makes use of conveyor robots in all sorts of areas - and they are charged by the road system. This drive system is already used for rail transport and for roller-coasters. Essentially, the Speedway system has already been tested in numerous contexts.

So if you have relied on existing technologies, then why were there no patents to date for magnetic transport systems for cars?

There are various patents that use the road in other ways to create drive systems, but they are all much more complex than my idea. And there are technologies that can superbly used with the Speedway system. My goal was not to develop a beautiful car but to create a system that includes all these factors. I'm often asked what any of this has to do with design if the real thing disappears under the ground. But in this case design is the methodology, namely the linkage of creativity and scientific issues to find meaningful solutions. So I am not focusing on simply making things more beautiful.

In January you graduated in Industrial Design from Munich and shortly thereafter joined up with two colleagues to found the Lumod design agency in Munich. Starting out professional life as a freelance designers with a project like Speedway is surely not that easy.

The Speedway project is not an entry-level project for us, but is running parallel to all else. Otherwise, we are working on products and projects relating to capital goods and medical technology as well as consumer electronics. The Speedway system is a good opportunity for us to show that design is not just about the appearance of things, but a method of searching for realizable solutions. And specifically in Germany there are any numbers of technologies not yet used. As designers we have the task of developing meaningful applications for them. I find this kind of conceptual design really exciting. 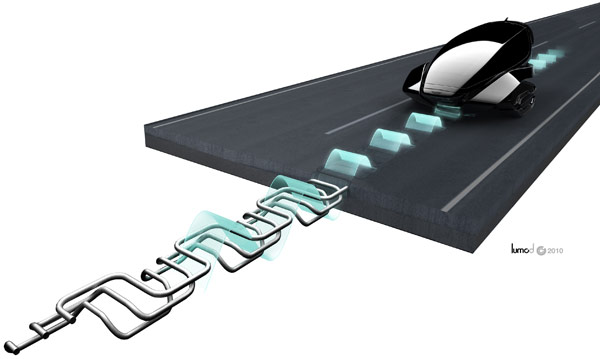 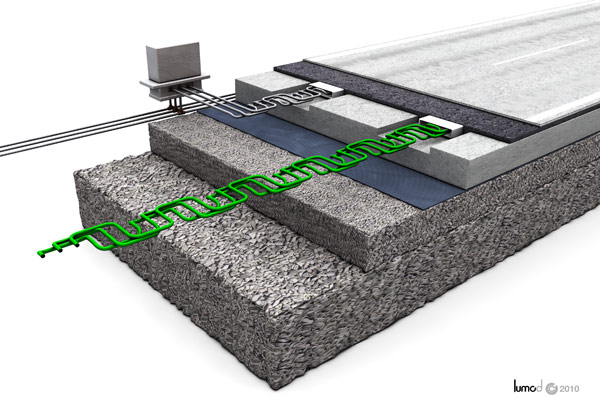 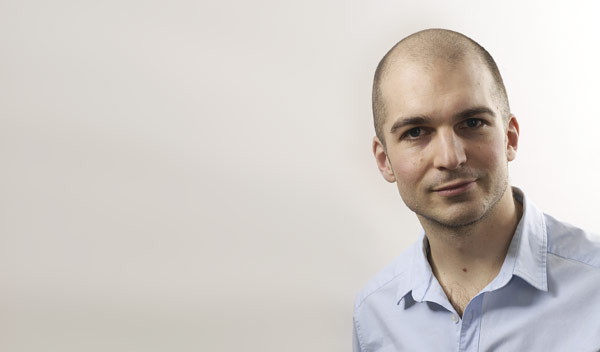