It is on the calendar every year, just like Easter: the furniture fair Salone del Mobile in Milan. No other furniture fair presents as many new items and nowhere else are the days so packed with curiosity, interest and enthusiasm even if this cornucopia sometimes deteriorates into a mixture of stress and over-saturation.

To stop you from completely losing your way in the usual hustle bustle of the fair and in order to give you a first look at the many activities and locations that the town has to offer, Stylepark has put together a list of the various hotspots connected with Salone Internazionale del Mobile in Milan.

We would like to wish you an inspiring trip and hope that you take back lasting impressions of your encounters with people and furniture in Milan in 2009.

Out and about at the Fuorisalone

Zona Tortona
in recent years, Zona Tortona has developed into an established second location for the fair and one with almost excessive amounts on offer. This year, however,a number of companies that previously exhibited in Zona Tortona have made use of the opportunity presented by the current economic crisis to move into the space that has become free at the exhibition center. And it remains to be seen whether the departure of these companies will mean that Zona Tortona loses something of its charm and its freshness as an off location or whether the new mix of exhibitors at both sites will be fruitful and inspirational.

At the heart of Zona Tortona is the super-studio Più - the district's creative center. Once again, exhibitors here will include established manufacturers such as Foscarini, Moooi, Tom Dixon, Valcucine, Planika and l'abbate. But this is also the place for new, innovative presentations such as the exhibition "Swedish Love Stories", designed by Gruppe Codesign, in which selected Swedish designers, plus reputed manufacturers, tell a story about products, their love of materials and sources of inspiration for them. Other items also definitely worth seeing are the show by Dutch design platform Prooff "Temporary Museum for New Design" and "Lumiblade", the presentation by Philips, which demonstrates the latest in OLED technology. This paper-thin light is now available not only in remarkably large sizes and all kinds of shapes, it is also suitable for commercial use. Here, today's visitors can enjoy a preview of the future of lighting design.

This year, the influential Poltrona Frau group, which includes manufacturers such as Cappellini, Cassina, Alias, Thonet, Vienna and Gufram, has decided against presenting at the fair and is concentrating its efforts around the so-called "design village" at the Zona Tortona. However, Alias is showing an exhibition at the Triennial.

One highlight at Zona Tortona is sure to be the presentation by Swarovski Crystal Palace. This time, new work by Arik Levy will be shown at the Magazzini di Porta Genova. Under the blanket title of "Osmosis" Levy has designed a series of objects all, it goes without saying, inspired by crystals.

Another project that you should not miss is waiting for curious visitors on via Stendhal - fashion label Diesel is presenting its new home collection at its headquarters on Via Stendhal, a collection that consists of furniture and luminaires. Fashion design meets furniture design - with all the resulting questions regarding branding and choice of materials.

Something else worth visiting is the design hotel "Nhow" on Via Tortona, where, amongst others, Aqua Creations is putting on a presentation.

Triennale - Italy's design center
On the edge of Parco Sempione, in Palazzo dell'Arte, designed in 1933 by Giovanni Muzio and only recently revamped by Michele De Lucchi, the Triennale is taking place. The latter is well on its way to becoming Italy's national design institution. This was once a temporary show but now exhibitions and attractive events take place on a permanent basis; Triennale even boasts an archive and a library. This being the case, it comes as no surprise that in recent years La Triennale has become one of the important locations for Salone del Mobile. During the furniture fair this year, amongst other things, the following exhibitions will be on show: "Oggetti sonori - La dimensione invisibile del design", "Tokyo Fiber '09 - Senseware", put on by Japanese graphic designer and Art Director of Muji Kenya Hara, plus the show "Il Fiore di Novembre", the latest project by Italian architect and designer Fabio Novembre. Another exhibition, "Flora Futurista", in honor of Giacomo Bella, is taking place in the Triennale's garden, curated by Alessandro Ortenzi and Anna Scavezzont. Flower sculptures on a scale of 11:1 will be exhibited in the courtyard until the end of September.

A visit to Triennale is a must for any design aficionado - and not only in order to spend time at the café designed by Michele de Lucci with more than one hundred different classics chairs.

Design under a red light
What is taking place not far from Zona Tortona could be an insider tip for this year's Fuori Saloni: a number of contemporary designers from the Netherlands are introducing themselves under the title of "Red Light Design Event 2009". Curated by Meike van Schijndel, the daughter of renowned architect Mart van Schijndel, the exhibition features a selection of products which have in common a sensuality that is inherent in all of them.

Cosmit - "Magnificence and Project" in the Palazzo Reale
Traditionally, Cosmit, the organizer of the fair, has marked the furniture fair by arranging a spectacular show downtown, together with the city of Milan. Last year, for instance, British director Peter Greenaway staged a multimedia installation. This year we can look forward to a trip through 500 years of Italian craftsmanship and design. The exhibition on the history of art and design at the Palazzo Reale will be on show until June 21, highlighting product trends and contrasting the great tradition of Italian craftsmanship with design classics from the second half of the 20th century. Examples will range from Giovanni Lorenzo Bernini and Gio Ponti right the way to Ettore Sottsass.

Interni - Design Energies
In the courtyard at Università degli Studi di Milano, Interni will be continuing the theme of last year's exhibition "Green Energy Design". This year's project is devoted to the topic of energy generation in the domestic, urban and agricultural contexts with sustainability, ecological architecture and eco-design figuring preeminently. Interni has passed on the questions of how energy-efficient forward-looking models might look and how we can face up to our responsibility towards nature to international designers and architects. There is an opportunity to assess the creative answers in the University's cortile.

kkaarrllss - premiering in Milan
Busy designer, critic and Karlsruhe professor Volker Albus has established a new label especially for Milan: kkaarrllss is the title of an edition first presented in 2009 in Milan. The term refers exclusively to work produced over the past years at the Design Academy in Karlsruhe. Some 20 objects are being presented on Spazio Crispi near to Corso Como. These include furniture, lamps and accessories. Staatliche Hochschule für Gestaltung in Karlsruhe is one of Europe's leading training centers for design and has been the recipient of repeated attention because of its outstanding presentations.

Brera - the center of Milan's culture
Something worth seeing on Via S. Carpoforo is Martino Berghinz's room installation for Panasonic Electric Works. (standart)3 is the name of the project, which combines environmentally friendly technologies with design. Part of this visually and emotionally strong presentation is three energy-saving luminaires designed by Naoto Fukasawa, as is the sitting/reclining furniture devised by Patricia Urquiola and combining the highest functional and aesthetic standards with technological innovations.

Established and guaranteed to be good
It goes without saying that we can also look forward to the fourth edition of the show by Established & Sons in the downtown former Pelota Hall. This year, on display here, amongst other things, will be a new chair range by Dutch designer Maarten Baas.

Design prophecies
"Prophets & Penitents" is the name of a joint project by Galleria Blanchaert, Belgian magazine DAMn°, Elena Agudio and Alexandra Waldburg-Wolfegg at the Oratorium della Passione next to Sant' Ambrogio, Milan's oldest church. On display will be prototypes of chair visions by 25 international designers.

Coming and staying
No doubt, in 2009 Salone del Mobile will again be the high point of and a source of inspiration for the design scene over the entire year, even if, after the opulence of the past years, this time a certain reserve on the part of many participants cannot be ignored. Large companies are retiring to their showrooms instead of exhibiting at the fair, any particularly glamorous presentation is being avoided, a number of the parties announced only a few weeks ago have been cancelled at short notice. It has to be said that economic reality has now hit Milan and its fair, too. The resultant gaps are now being filled by companies that have been denied a place at the fair for years, as well as by firms such as IKEA and Diesel, who have willingly seized on the space that has become vacant, sensing their opportunity to polish up their images within the design scene.

What has changed in Milan in concrete terms, which strategies point the way forwards, and especially, what innovations and presentations in the year 2009 will prove surprising and successful, all this is something that we will be examining under the microscope. 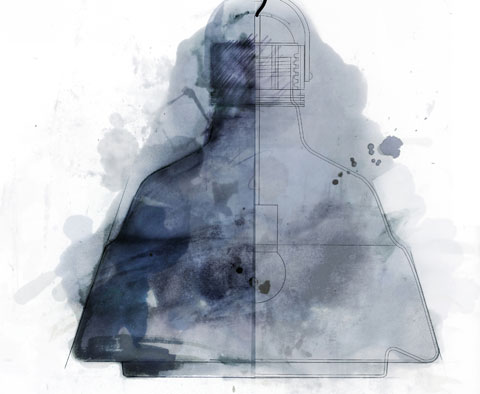 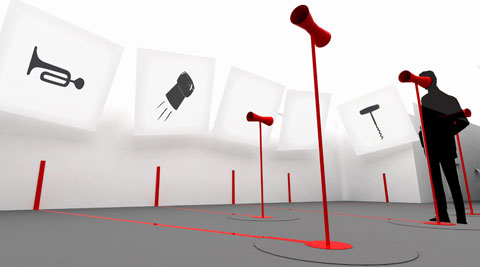 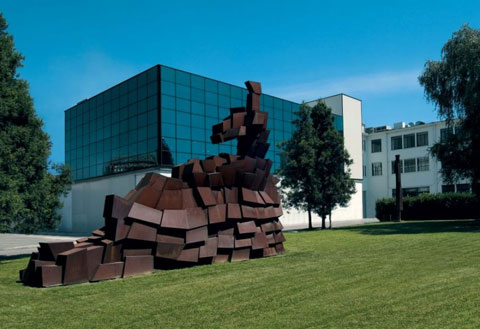 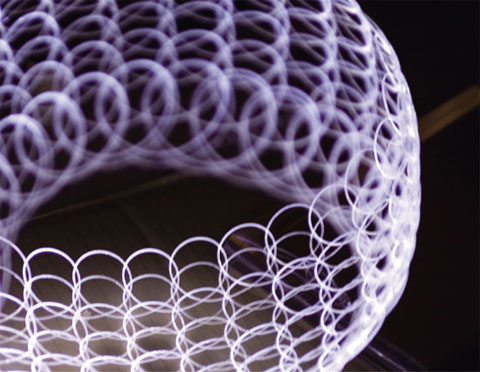 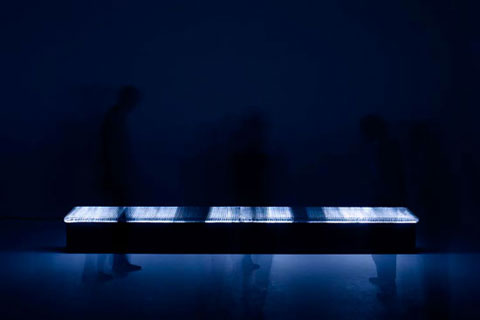 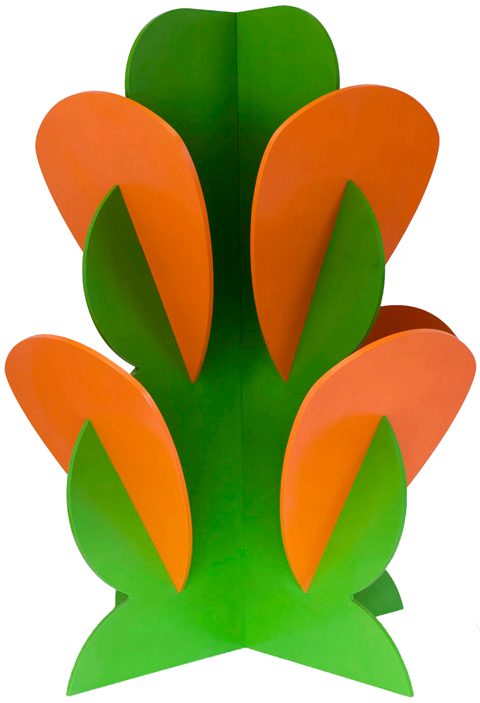 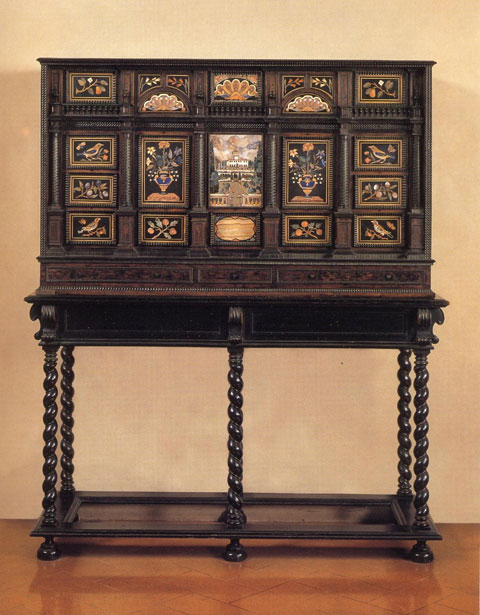 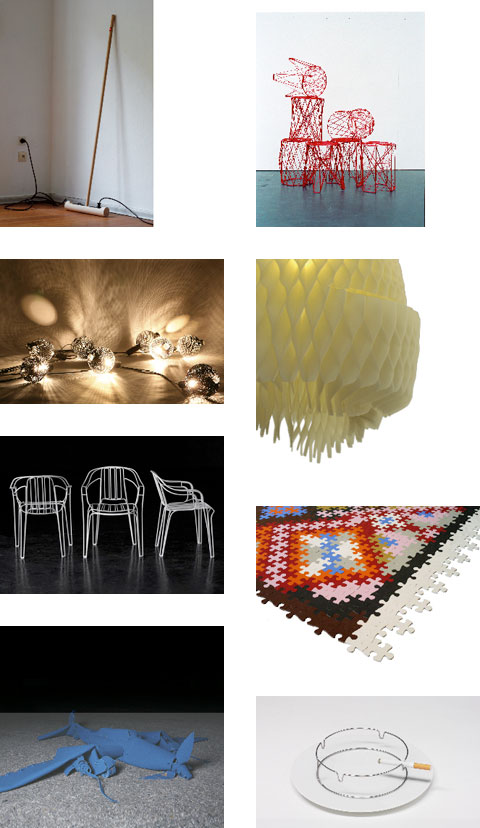 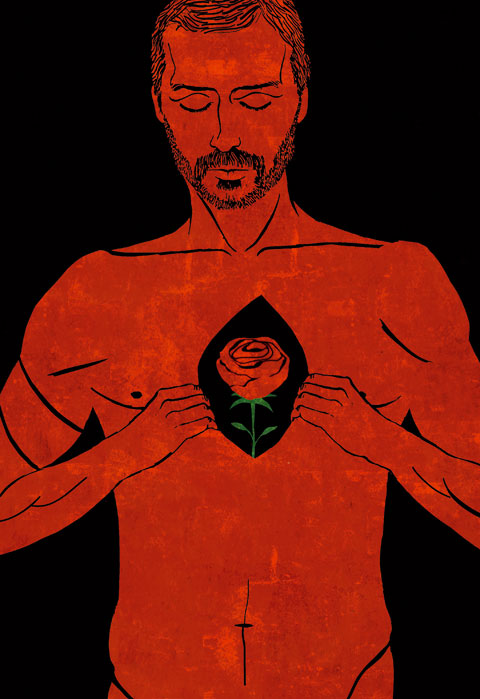 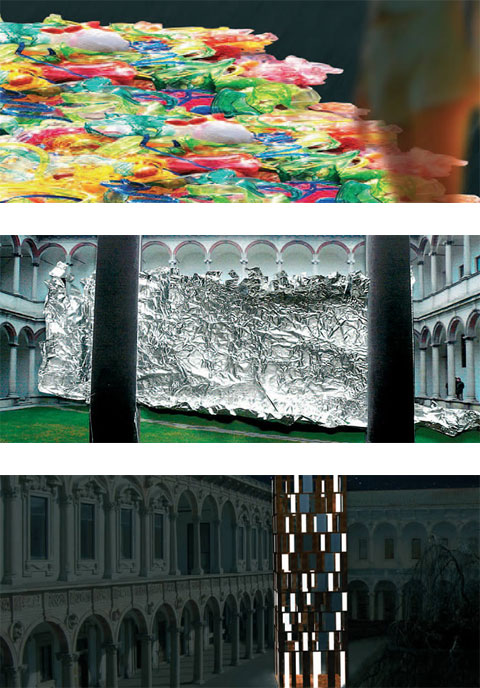