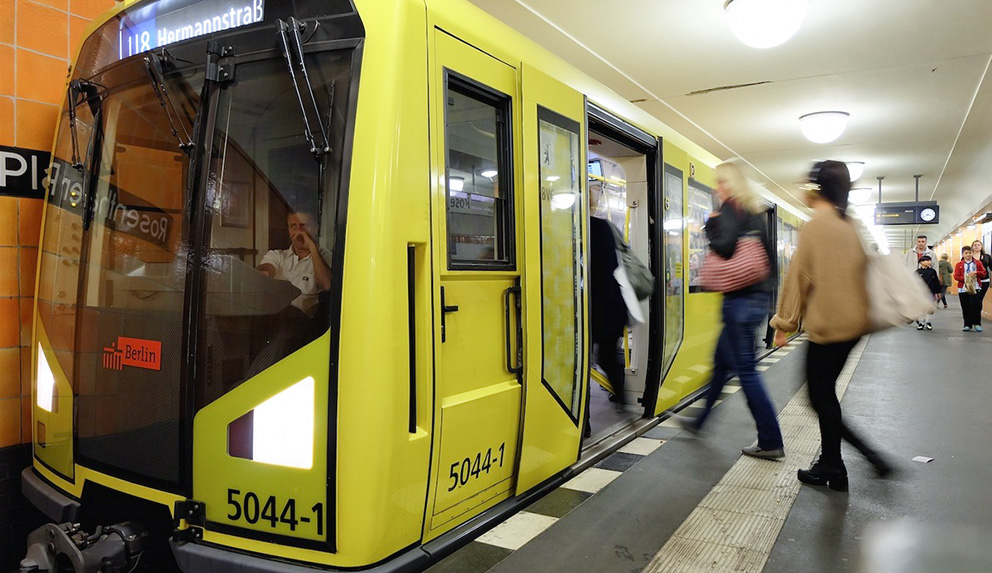 In a metropolis as Berlin, the traffic can be quite challenging. Photo © Martin Lewicki

In the last ten years Berlin has become one of Europe’s hippest cities and a creative hotspot. This makes it all the more interesting to ask how well the German capital copes with the influx of new residents and tourists. We spoke to Susi Nestraschil, who works in the advertising business, about how she gets around in her adopted home Berlin, what she loves about the city, and what gets on her nerves.

Susi Nestraschil has been living in Berlin since 2005, first of all in the popular district of Prenzlauer Berg. After a few years she moved from her apartment there to a quiet house with a garden in Frohnau on the edge of the city. For this improvement in her quality of life she has to commute almost an hour every day into the city center, then back again. However, there is a good side to this long journey, and she even has some fun.

Nestraschil: I enjoy taking the S-Bahn (local train), but every day I use the bus, a bike, car, S-Bahn and subway – almost everything, in fact.

Can you describe your normal journey to work?

Nestraschil: Depending on the weather, I decide each morning whether to travel by bike, bus or car to the train station. The bus is the most inconvenient of these, because it only runs every 20 minutes, and that means I always have to arrive on time, or else I have a 20-minute delay.

From home to the bus stop it takes me about five minutes on foot. Then it’s another five minutes in the bus to get to the train station. The alternative would be to cycle to the S-Bahn. Or my boyfriend takes me there in the car. Then I travel 20 minutes by train until I change at the Gesundbrunnen station, where I catch the U8 subway line. Fortunately it usually arrives after about two or three minutes. In fact it’s a good connection. Then I travel another 15 minutes on the U8. Finally I walk another five minutes until I reach my workplace.

Does this always go smoothly?

Nestraschil: In the evening it is really annoying. During the day it’s not so bad because the individual modes of transport run at well-coordinated intervals. But when I go home late in the evening because I was out with friends after work, then I have to wait almost 15 minutes for the train …In winter that is awful. If I haven’t left my bike at the station, then I’m reliant on the bus, which sometimes leaves just as I arrive, and then I have to stand around alone at the bus stop for 20 minutes. That’s frustrating, of course. The worst case is that my journey can last as long as an hour and a half if the connections don’t work out well.

Would car-sharing be suitable for you?

Nestraschil: I’ve looked at car-sharing, because I needed a car for work. First of all I thought it was a fantastic idea. The problem is that the service is limited to the city center. For the future, car-sharing should be offered in places with a lot of commuter traffic and where many people take a car out into the surrounding countryside. Then it would make sense for me. But the problem is that when I drive to Frohnau and the car stands there overnight, I have to pay the operator a charge for parking it. And for me that is a killer criterion.

How long does your journey to work normally last?

Nestraschil: When it goes well, it takes me almost 50 minutes. When it goes badly, it can be an hour and a half, and in the worst case up to two hours if I have to wait for a night bus because the train is no longer running.

What would you optimize about transportation in Berlin?

Nestraschil: The coordination of intervals and departure times. On the whole it works very well, but there are still moments where it doesn’t, for example because of construction work. Then you realize that every quarter of an hour counts.

What I would also like is for public transportation to be more strongly oriented to individual needs –especially on the edge of the city. In Vienna, for example, there were little city buses with seats for about ten people. The bus that I catch in Frohnau is almost empty for half of the route. Smaller buses with a larger range would make more sense. The weekly requirement for commuting could be assessed using an app, and then there would be no need for a big double-decker bus that is not used.

Do you use a traffic app?

Nestraschil: For a while I used the information app of the Berlin transit authority (BVG), but then I noticed that for my routes the results shown were different from those on the website and not up to date. That’s why I get my information about the best connections from the mobile website of the BVG. I use it regularly, especially in the evening, because several trains don’t go all the way to my station, but terminate before getting there.

A problem with using apps is the Internet reception in the subway, because that is where I want to check my connection to the train. And Internet in the subway is very slow or even non-existent. The BVG could also introduce ticket purchase by app. That already exists on the trains, and saves the trouble of buying them from a machine. I would definitely use that.

Can you use the commuting time productively?

Nestraschil: It is productive for me because it is my time and I can read a great deal. For a while, when I was still traveling a lot by car, I couldn’t do that. Now I take the opportunity to read books or news on websites, and send private messages, as well as listen to music and solve puzzles. Recently I’ve started to enjoy observing all the varied people on my way to work and choosing my personal “freak of the day.” 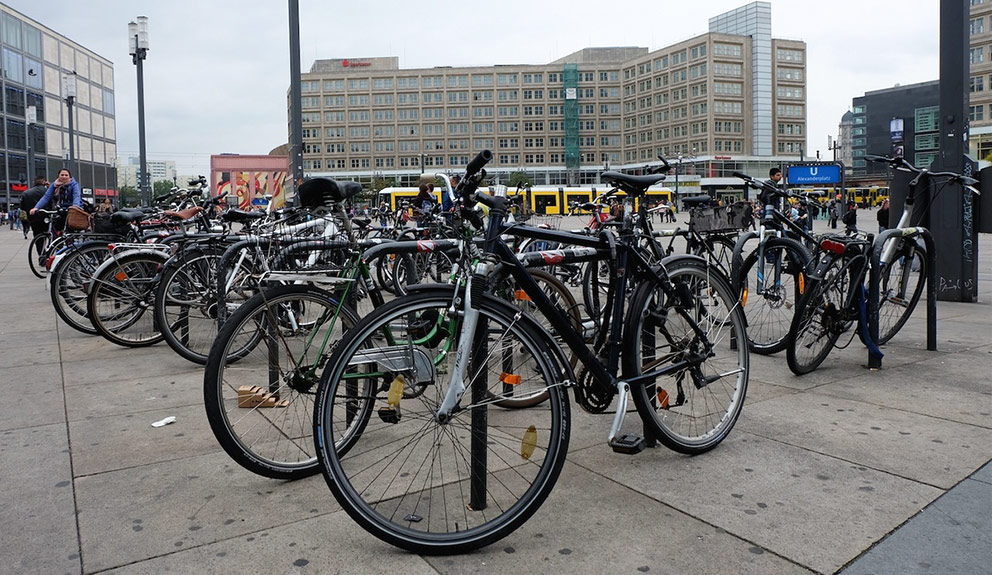 Depending on the weather, Susi Nestrashil decides whether to travel by bike, bus or car to the train station. Photo © Martin Lewicki
Advertisement