As means of mass transport, trains, light rail and underground will all play an important role in the mobility mix of tomorrow, along with the car as a form of personal transport. That said, the fundamental problem is already apparent if you take a closer look at the term "means of mass transportation". You are not alone the way you would be in the capsule of your car, which forms a personalized private sphere; instead, you travel en famille or en masse. In contrast to Tokyo, where underground passengers are pressed into carriages during rush hour without anyone considering this unreasonable, overfilled trains in Germany are deemed not only to be deficient in comfort terms, as they also represent a considerable hurdle to persuading people to switch from car to train, light rail or underground especially in metropolitan regions and as regards commuter trains which get thousands of affluent suburbanites downtown every morning. Other potential impediments are train intervals and travel times, not to mention the cost of tickets.

To the airport on foot

For the sake of clarity let us consider a few examples in the Rhine-Main region. Suppose that someone would like to get from south Hessen to the Frankfurt Airport in the early afternoon (and thus not at the crack of dawn) in order to fly to New York, for instance. Naturally such a traveler will have luggage. What can Deutsche Bahn offer him? He would leave Heppenheim down in the Romantic Bergstrasse region, the last train station on the line before the track leaves the state of Hessen and enters Baden-Württemberg and some 55 km away from the airport, at 14:47, and arrive at Darmstadt's main station at 15:05. Then he would have to walk some five minutes to get to the airport bus which would drop him off at the airport at 15:43. Total travel time: 56 minutes. Alternatively, he could set off in the opposite direction at 15:37, take a regional train to Mannheim and travel from there to the airport in an ICE train. Travel time: 89 minutes. Assuming no gridlocks or roadworks on the autobahn, the trip would take about 35 minutes and would spare our intrepid traveler having to lug his suitcase laboriously to the station. It is hardly surprising that limousine services to the airport are doing a good business even though they are substantially more expensive.

The joy of commuting

The reason why Deutsche Bahn deploys its oldest trains on the normal commuter route from Heppenheim to Frankfurt's main Station during the more than well-frequented morning peak times (and the trains are overcrowded at the latest as of Darmstadt), remains as much a secret as to why passengers who leave Zurich at 19:10 p.m., for example, have to travel past Heppenheim all the way to Frankfurt only to travel back again to Heppenheim, which takes about another hour. The journey from Zurich to Frankfurt would normally take a little more than four hours, but if you take the 19:02 p.m. train leaving Zurich it takes almost six hours. Eight minutes later the trip takes a full nine hours and 46 minutes. Staying overnight then seems to become inevitable.

It follows from this: Deutsche Bahn continues to expand its intercity connections and shorten travel times with new and expensive tracks, but deliberately ignores the fact that especially in larger metropolitan areas not everyone lives downtown. Local public transport which only departs once an hour, uses rickety-rackety rolling stock, offers travels overcrowded passenger compartments, and is not particularly cheap into the bargain, hardly constitutes an attractive alternative to the car.

What is more, when it comes to long-distance connections, Deutsche Bahn also ignores wishes and the givens. You only travel fast as long as you do not leave the main routes. Anything else involves changing trains, waiting and then traveling on that slow train coming - not to mention the joys of drafty departure platforms and scant-to-inaudible information. In addition, if you have to change several times and given the notorious delays that are likely to happen, connections are not always made or travelers have no choice but to sprint along overcrowded platforms. When it comes to the long-haul, Deutsche Bahn has focussed on the ICE as an alternative to planes as regards travel times and for all too long done so in terms of the wrong assumptions. After all, those who travel by train specifically do not want to fly, which also means they do not want to be treated like plane passengers, including not being able to change the reservation and having compulsory catering. In recent years, the company has learnt the odd thing and come to realize that many travelers prefer the train precisely because it allows them to travel differently than by plane, because they can take an earlier or later train. However, people do not exactly want to have to change train four times along the route, and this is something which those in charge do not seem to realize.

The train is not a means of transport but an infrastructure

In the end, it all boils down to the question of what rail travel actually is. A means of transport which first and foremost should be run at a profit or a type of infrastructure that should be aligned to the needs and requirements of the passengers and the demands of a coherent transport policy? The fact that there is a wide-branching rail network speaks for itself. For the average rail customer the promise that he can save 20 minutes or more between Metropolis A and Metropolis B surely counts less if he then loses this time when transferring to the local transport system. What counts is what the transport experts refer to as "system speed".

Even if such aspects have not yet become apparent and rail customers not infrequently feel like a piece of mass-transported cargo, customers want to travel by train and they want to be on trains that run well and smoothly - not because the mobility mixture makes this necessary but because traveling by train is, in principle, a great thing. Let's see how long it takes Deutsche Bahn to realize this. 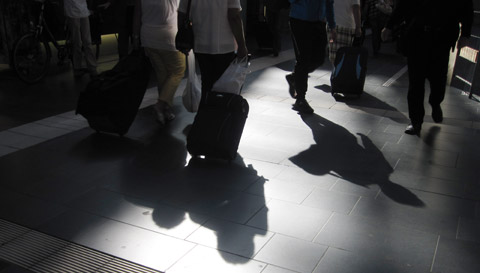 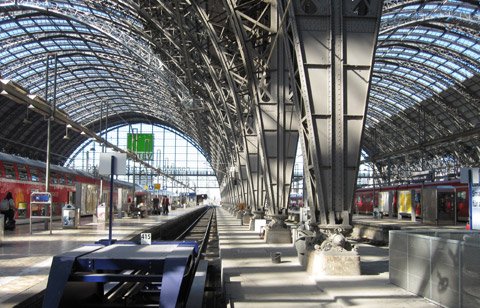 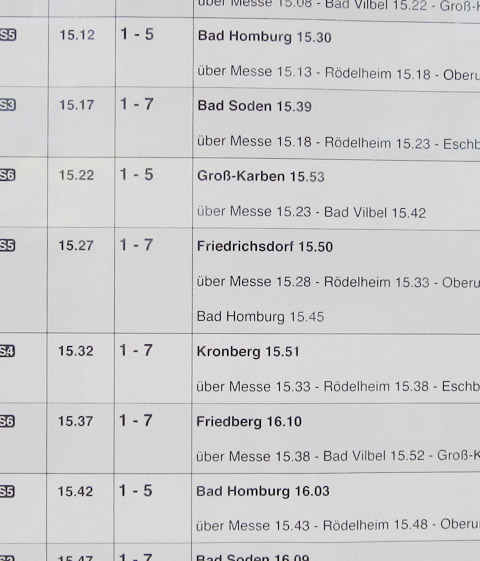 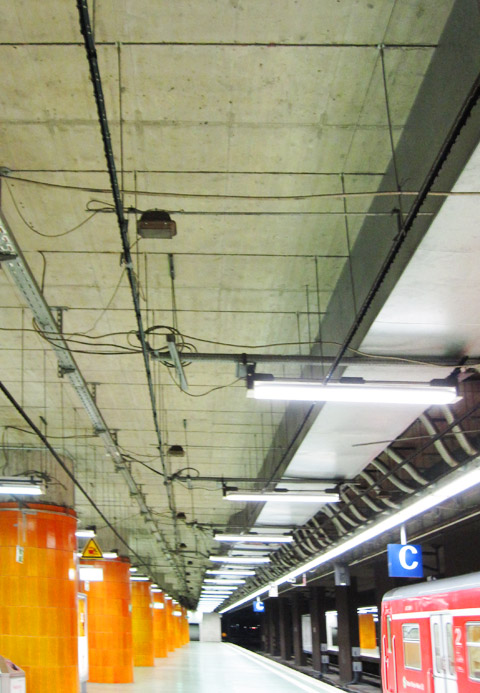 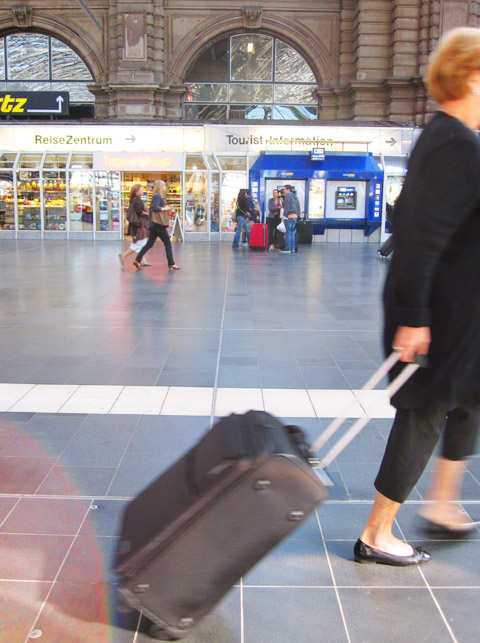 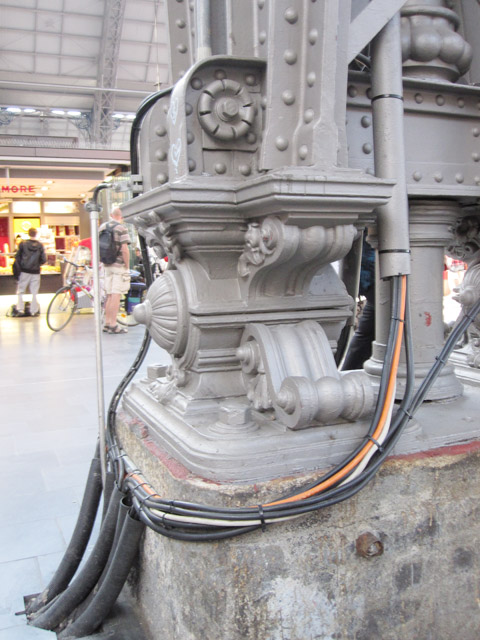 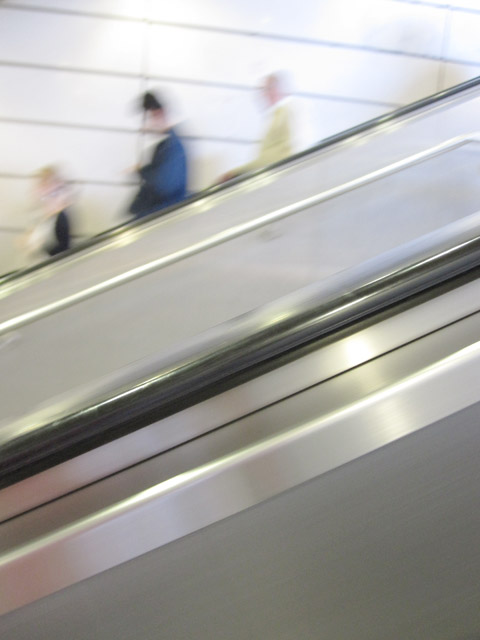