Black really is a special color. It is by no means simply a matter of fashion or the preferred color of architects and artists for their suits, but possesses a whole host of qualities which are rarely apparent at first glance. Black is after all not just black; the array of effects it can have is astonishing. It depends entirely on how you use it.

Black is not just black

You need no more than a minute looking around in the world of art, above all painting, to get an idea of how multifaceted a simple black surface can come across. When depicting the color of night, black is often not black at all, rather a mystically beautiful or somewhat sinister darkness, whether steeped in cold moonlight or not, and is usually dark blue or a mixture of various colors. In the case of the Russian Suprematist Kazimir Malevich and his famous "Black Square" however, it acts as a simple, neutral area, which in itself brings the whole spectrum of colors together in a kind of neutral point in painting. In addition, when used as a set – yet only seemingly neutral – background for portraits, black only appears neutral upon first glance. Even on the second, you notice how it engulfs the painting's subject and absorbs anything that could distract from their image. Or, taking the quite confusing sculptural work by Anish Kapoor as an example, we are faced with a velvety pigment, which is used to coat a vase or a bowl, where every trace of light is lost and – not for lack of trying – you cannot fix your gaze, as it is lost in the color's dark infinity.

It all depends on the effect

The tiles in the "Boudoir" series by Villeroy & Boch also play with the color black and its effect. They too confuse our sense of perception – though they are no less fascinating for it, but in quite a different way to painting and sculpture – and lend the space where they happen to be exhibited at that particular time a cool yet at the same time extravagant note. But let us consider the facts: the decorative tiles, which come in a stately size, namely 60 x 30 cm, can be hung vertically as well as horizontally. Not only do they come in black but also in gray and white, whereby the black gloss version makes by far for the most sophisticated optical effect. The black tiles in the series are not just black; their surface is patterned – inspired by the finish used for cut crystal. It is above all this design, which is created using innovative 3D production technology, that gives each individual tile an optical effect that appears both delicate and bursting with life in the changing light. This effect is heightened even further when the tiles cover a complete room and are coupled with complementary lighting. "Boudoir" is a well-chosen name for the series in that it still conjures up images of a place of secrets and transformations.

More than a tile, a design concept

Thus behind the "Boudoir" series there lies a complete design concept, which is highly decorative in its effect. The fascinating nature of the possibilities it offers is evidenced by the fact that Villeroy & Boch have successfully positioned "Boudoir" at several fashion shows, for example the show held in collaboration with Berlin fashion designer Kilian Kerner over the course of the Mercedes-Benz Fashion Week in Berlin. Particularly in their use as a stage set at the end of the catwalk, where designers presented their collections, the decorative tiles not only made for an attractive background for the photo shoot, but "Boudoir" also gave the models a set alive with constantly changing optical effects.

This fascinating effect – as most notably seen in the black version of "Boudoir" – essentially results from the surface's appearance, which constantly changes in the light. If the light falls on the structured surface at an acute angle, it no longer seems so dark and secretive. On the contrary. On the raised, relief-like, overlapping circular and linear forms, the light begins to dance, producing a whole range of effects, glowing aureoles and shimmering sections, the interplay of light and shadow – and all of this to captivating effect. Moreover, the abundance of details and facets is reinforced by reflective, circular insets finished with a craquelé effect at the center of each of the tiles, which in harmony with the relief structures of the adjoining surfaces lend the complete piece an almost psychedelic dimension. An artist such as the Bauhaus master László Moholy-Nagy, whose "light-space-modulator" projected varying patterns onto walls as early as 1930, would have delighted in this black mirror, which can cast a spell over any room. Whether the foyer, bar, lounge, bathroom or entrance hall, with "Boudoir" playing with the appearance of beauty becomes more than a perfect accessory to the latest fashion. 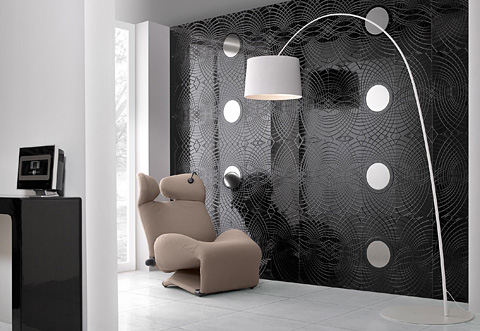 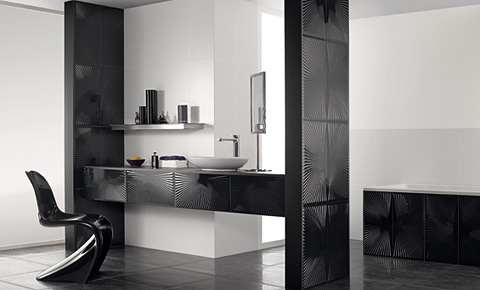 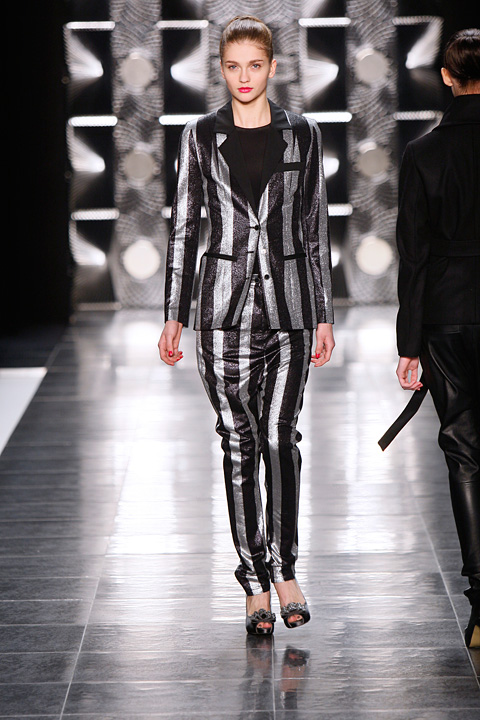 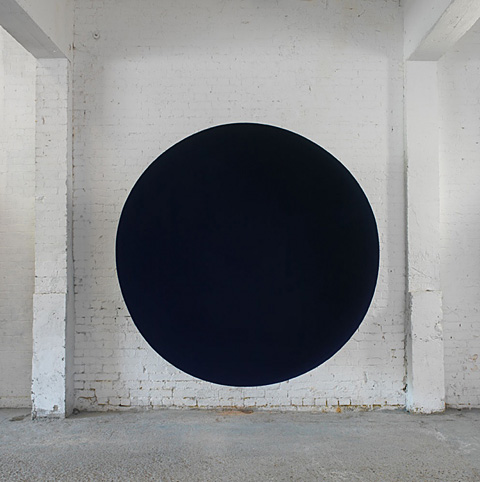 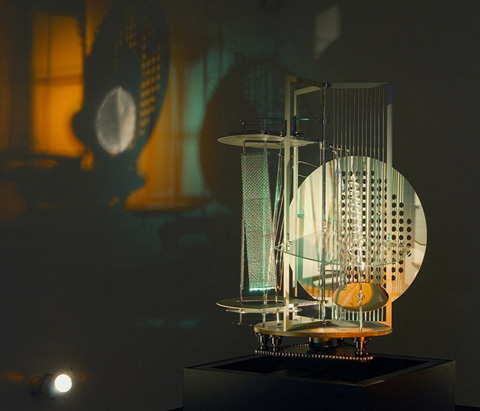 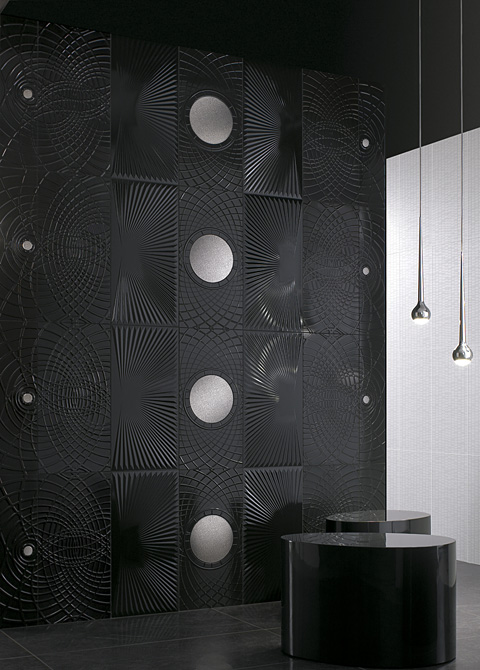 The tiles in the “Boudoir” series by Villeroy & Boch 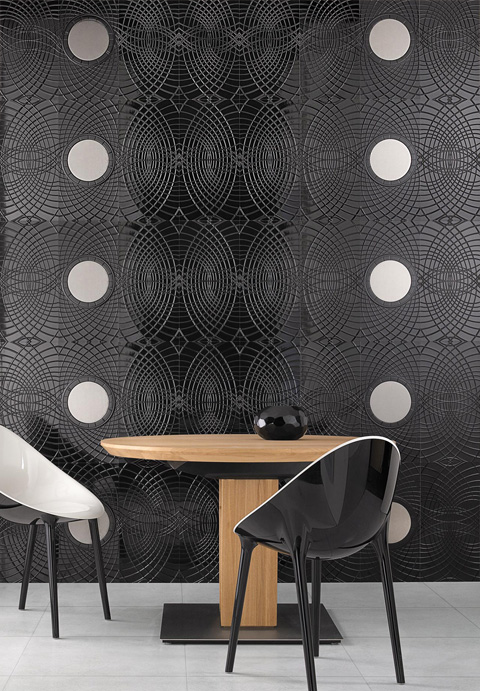 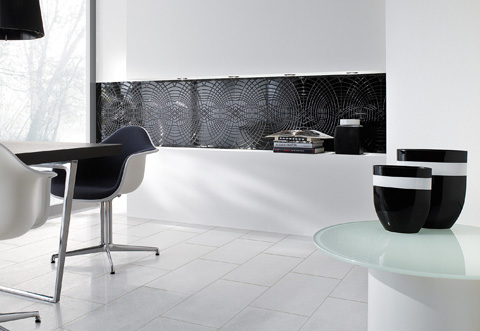 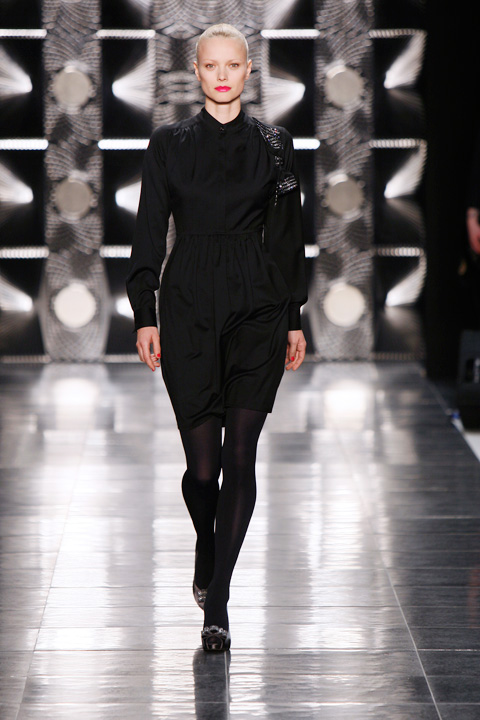 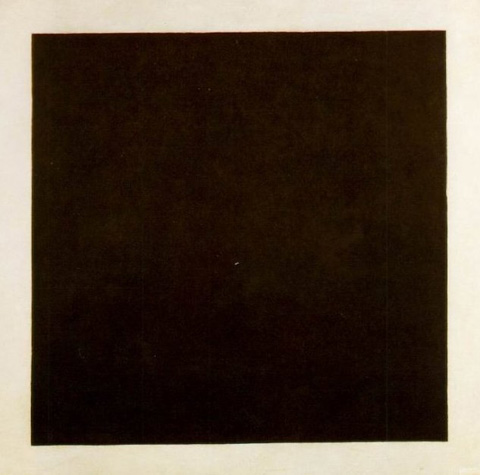