Sometimes you can be mistaken for years. I, for my part, was always of the opinion that the garden egg chair known as "Senftenberger Sitzei" was a design product which had typically originated in former East Germany. This was because during the 1990s it featured in the retro-range of just about any good second-hand design shop in Berlin that wanted to appeal to the in-crowd. Soon it also adorned the interior of quite a few lounge bars in the Mitte district. "Look, there's one of those cool chairs from the East!", people would typically comment when they saw the chair, then patting its curved plastic shell in tender admiration. This is hardly surprising since the eggs - originally designed for outdoor use in the garden - are really very cute. When closed, they resemble the smooth, lurid skin of an oversized M&M; when open, they exude a real space-age feel. Think Star Trek or James Bond. Even though the garden egg chair has a few links to East Germany, its actual history is far more complex. In 1968, it was designed by Hungarian architect Peter Ghyczy, who was barely 28 years old at the time. Immediately after graduating from the University of Aachen, for some reason he was appointed head designer at the polyurethane manufacturer Elastogran/Reuter in Lemförde near Osnabrück in the Northwest of Germany. His task was to develop prototypes for pieces of furniture that were to be made of polyurethane, a material that was still new at the time. He designed an entire range, including the garden egg chair, which was initially produced in small numbers by craft producer Vereinigte Werkstätten in Munich and given as a gift to business clients. When mass production was about to begin, however, Elastogran got cold feet and made the unusual decision of having the chair manufactured on the other side of the Wall where production costs were far cheaper. In 1971, it was nationally-owned enterprise VEB Synthesewerk Schwarzheide near Senftenberg that bagged the order. The plastic eggs, which come with detachable upholstery and are completely water-tight when closed, were also launched on the East German market. Unfortunately, however, they were out of the financial range of most people there. The majority of the ‘eggs ‘were therefore sold in the West if only for a short period - two or three years down the line and with about one thousand copies sold, production was stopped. The oil crisis had turned plastic into a luxury item and, in any case, lacquering the plastic shells had been a problem right from the beginning.

In 1972, Peter Ghyczy set up his own furniture company, Ghyczy Selection, in the Dutch town of Swalmen, not far from the German border. "Given the conservative attitude of the producers, I decided to take control of production and distribution myself," he recalls. However, he did not include the garden egg chair in his range until 1998, when the original eggs suddenly came to fame again. To circumvent the problems originally encountered with the material, the garden egg chair, which is available in all RAL colours, is now manufactured from recyclable polystyrene instead of polyurethane. Today, 40 years on, among the other technoid-minimalist inspired pieces in the Ghyczy Selection, the egg chair has returned to what it always was: an adorable outsider. 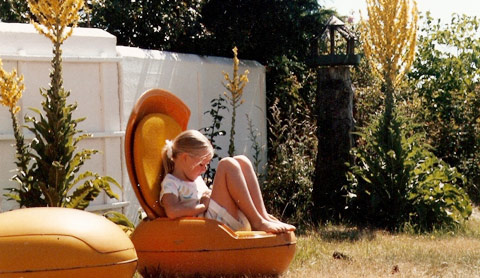 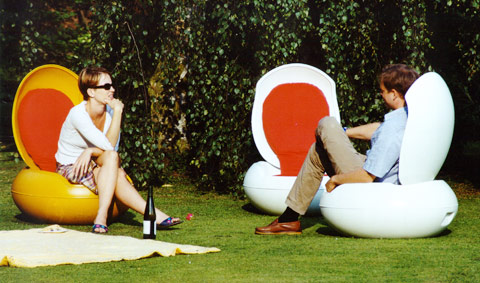 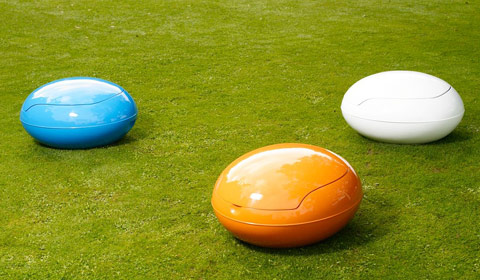 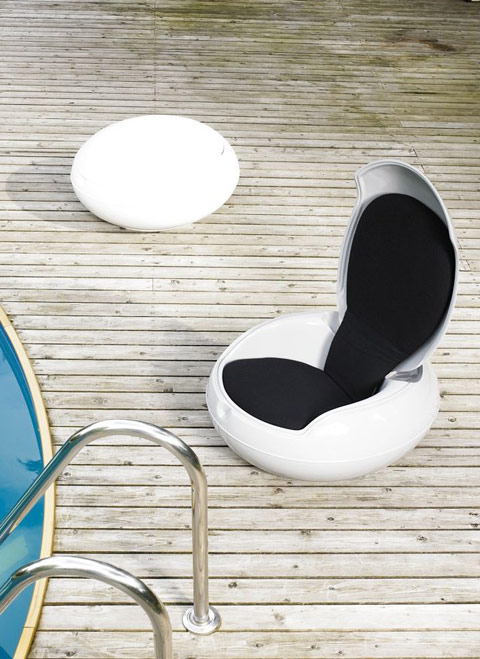 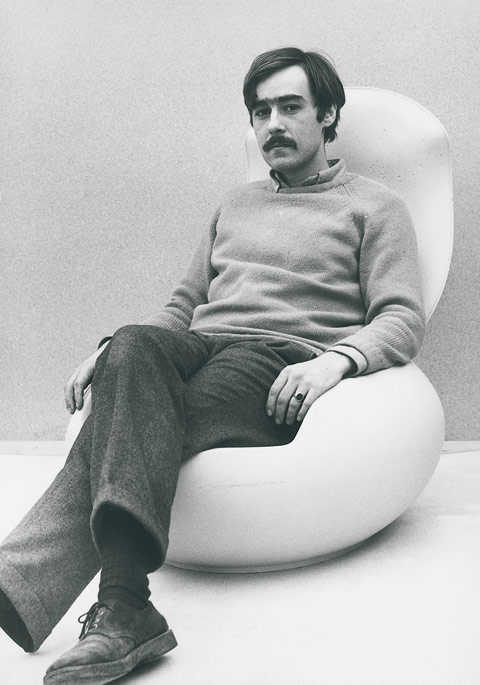 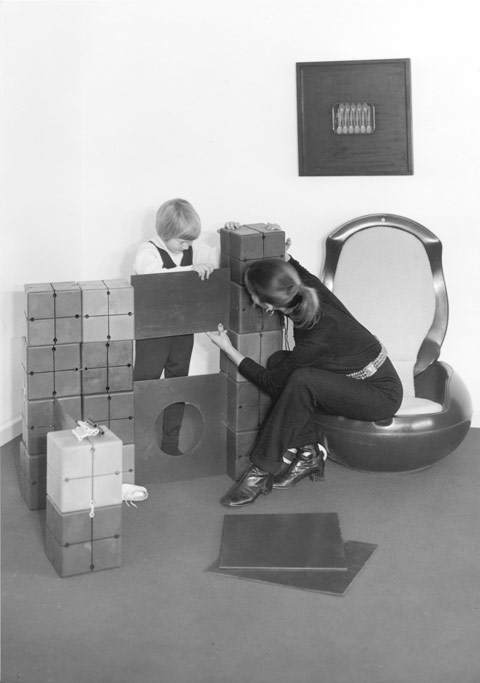 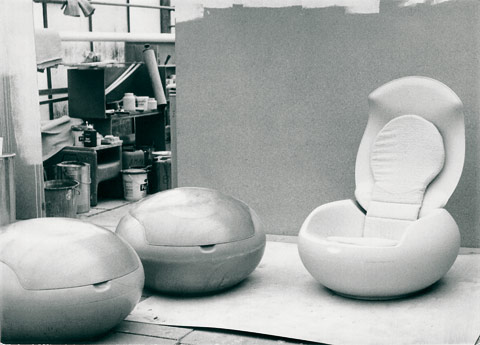 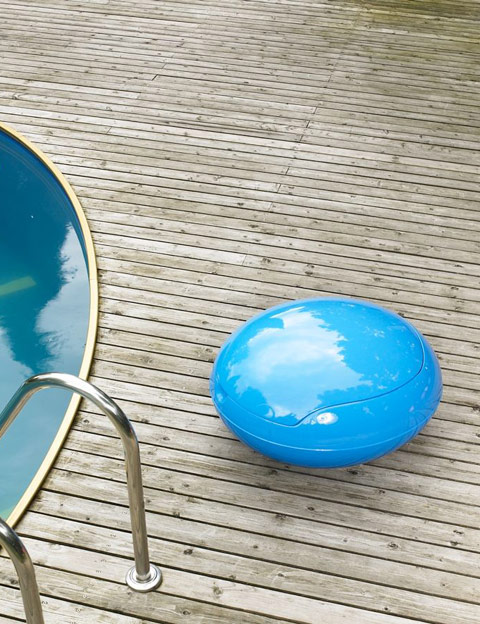 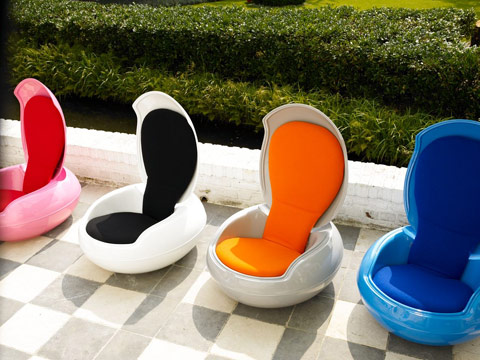