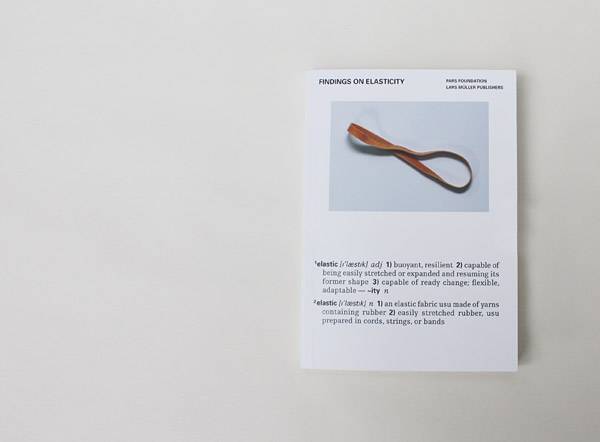 According to the dictionary definition, elastic means adaptable, pliable, supple, smooth, resilient, soft or flexible, and I use it as a synonym for elegant and harmonious. If I am not mistaken, then, the world seems to have become more elastic in recent decades although naturally phenomena such as braces, condoms and the elastic in trousers, the wings of a Boeing, the internet as a kind of elastic store of knowledge or the elastic definition Facebook gives to friendship would simultaneously seem to limit elasticity. As Italian physicist Michele Vallisneri writes in his "Findings on Elasticity", elasticity is not easy to define. In physics a material is considered elastic when it is not easily deformed, whereas in the non-technical realm it is elastic when it can be deformed and can return to its original state.

Following "Findings on Ice", "Findings on Elasticity" is the second publication to appear in the "Pars Foundation" series, an "atlas of creative thinking" as Astrid van Baalen and Hester Aardse name their project. Both of them live in Amsterdam, where Astrid van Baalen works as a translator and poet, Hester Aardse as a graphic designer. For the encyclopedic study on elasticity they invited architects, photographers, directors, artists, composers, lyricists, economists, neuropsychologists, biochemists, biomechanics, nano experts and political scientists to share their "most important, craziest, most amusing, most annoying, most confusing, most contradictory broodings and observations". The submissions were to satisfy two conditions: they were to be related to the topic of "elasticity" and be written in the respective specialist language.

The result is truly inspiring. The collective variety of famous and not-so-famous names is impressively condensed to become an independent topical and aesthetic conglomeration of sociological findings, sheets of music, script pages, DNA formula, comics, calculations from space technology, material studies, nano-diagrams, biology sketches, poems and love letters. You could say the reader shares in a creative thought-finding process. This is intentional and is also described by the two editors as the "fourth dimension". We feel tempted to compare it with the catalog for the exhibition "Die Tücke des Objekts" (the perversity of the thing) in Basle in 1991, where instruction manuals, literature, art and scientific discourses were combined in a similarly public manner to create a kind of lexicon. Instead of being organized according to the ABC or world regions the current treasure trove of elasticity is divided into categories such as "Material", "Movement", "Play", "Politics", "Stretch", "Rubber", "Reaction", "Resonance", "Adaptation", "Universe" or "Economy" - though in the latter instance elasticities of prices and amounts become a universal tool.

For instance in the category "Adaptation" we read of the human brain: "By altering it we can become what we want". However, as we seldom devote enough time to this alteration process as the neuropsychologist Margriet Sitskoorn writes most people remain users rather than architects of their brains. You leaf on from this scientific essay, which aptly characterizes the entire book project to the installations by Brazilian artist Ernesto Neto, which look like a fantastic maternity ward. Everything is soft, wobbly and rampant, as if the world were a single, organic cell in which biomorphic structures grow in a restless and oppressive. This section is followed by the wonderful photograph of a untouched strip of chewing gum also by Ernesto Neto, and proof of elasticity: This artificial object entered the mouth via the rubber plant and South American chewing traditions, and in the mouth is extremely adept at altering its shape.

In the foreword, Astrid van Baalen tells the story of how a brown rubber band holds together the 206 pages of the publication. As a child Astrid van Baalen had used a similar rubber band to hurl a lump of dirt into her grandmother's neighbor's house. Early on, as she writes she learned that elasticity can improve your own self-confidence. Both recollections and associations are incorporated in her conglomeration - to become numbers and formulas, memories of relations, reactions and relationships, the elastic peculiarities of everyday life with bras, silk stockings or stretch trousers. You could say that everything and nothing happens: A small pig on a trampoline, cobwebs photographed so sharply you can see the drops of water, human hairs and skin, which is to be seen on scientific portrayals, and depending on the exposure to the sun is just as baggy as the strings of a musical instrument that then loses its sound and gradually becomes silent.

In other words, in the game of forces elasticity symbolizes both a standstill and eternal recurrence. And when these forces subside, it describes the act of taking leave of life, whose elasticity gives way. On one of the last pages of this magnificent anthology the postcard motif of icy birch trees (weighed down to the ground and ensnared in the stiff tension of an icy world) is preceded by what is a quiet, poetic photograph. So-called "Rubber Man" Rafal Milach sits huddled up and looking a little lost on his bed in his home in Poland. He is wearing his old, glittery costume. Indeed, the only thing that tells us he was one of the most famous clowns in the world almost 30 years ago, and someone who came close to ruining his spine during one of his performances, is his glittery jacket, which is now too large for him. Nor is it powerful enough to hold back time. 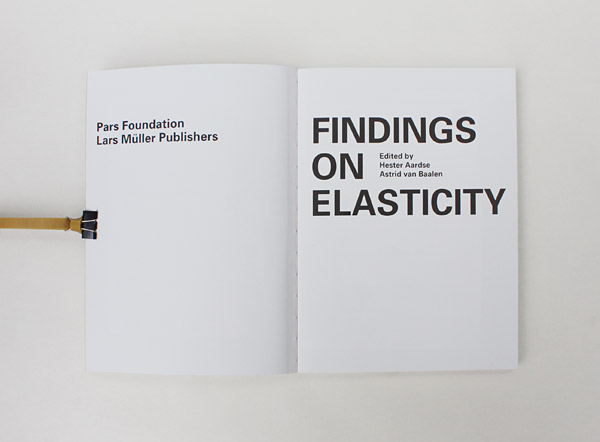 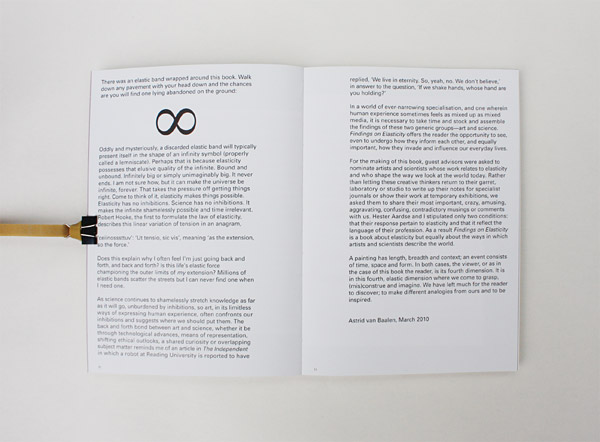 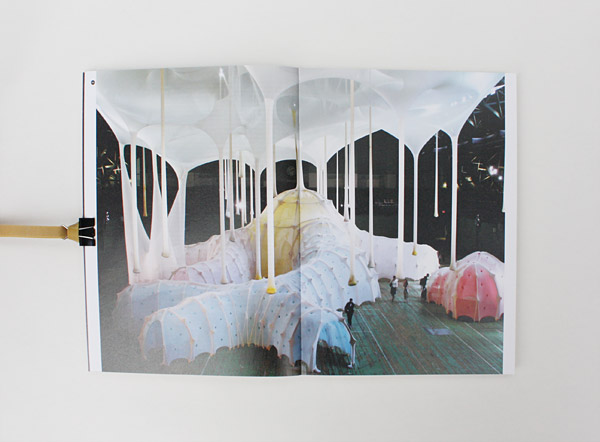 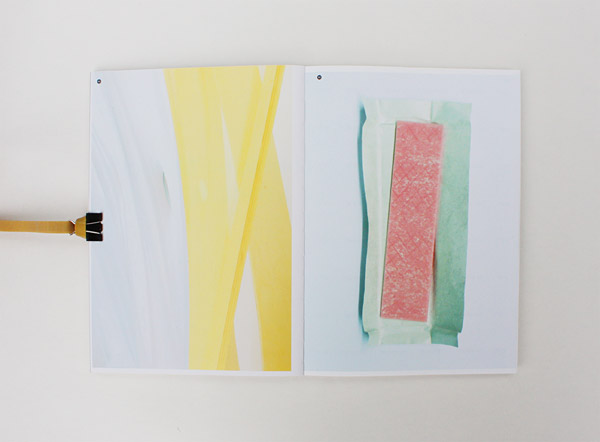 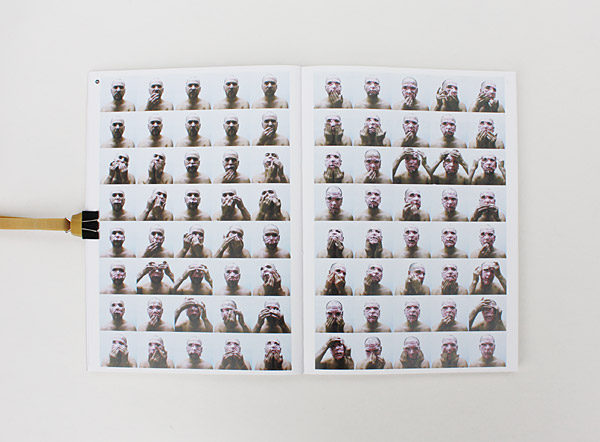 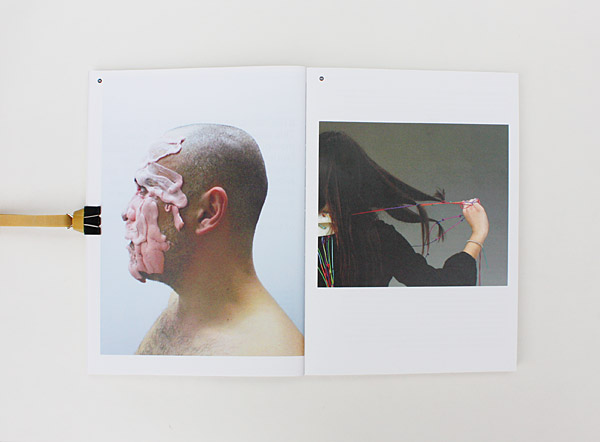 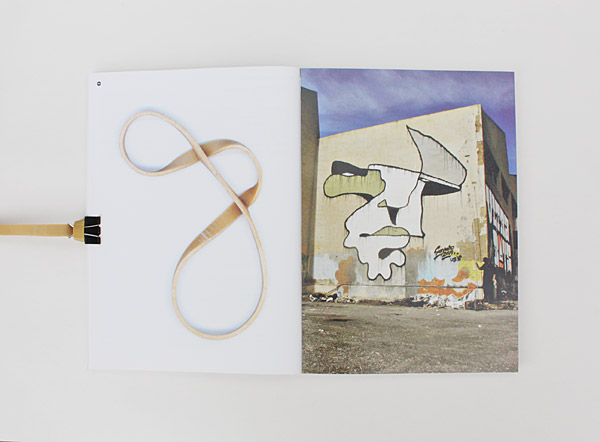 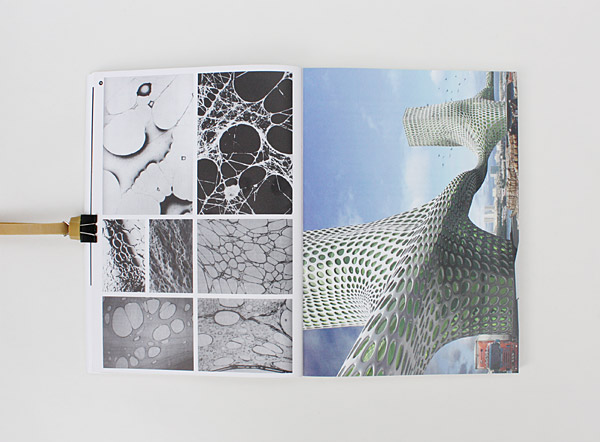 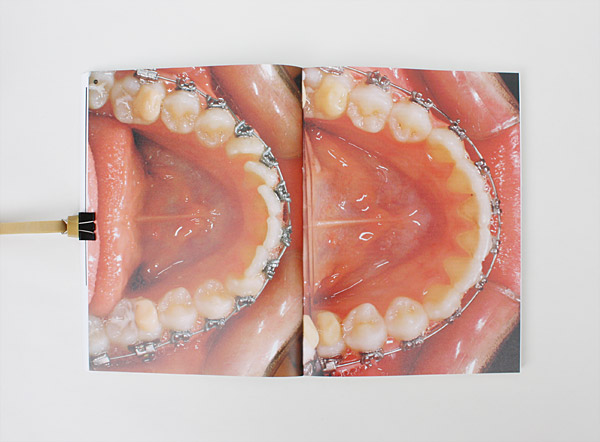 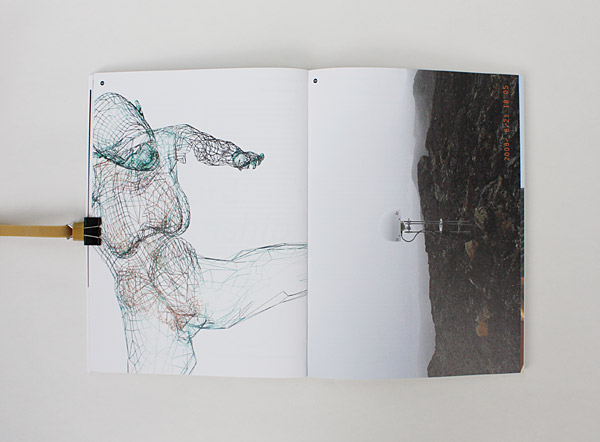 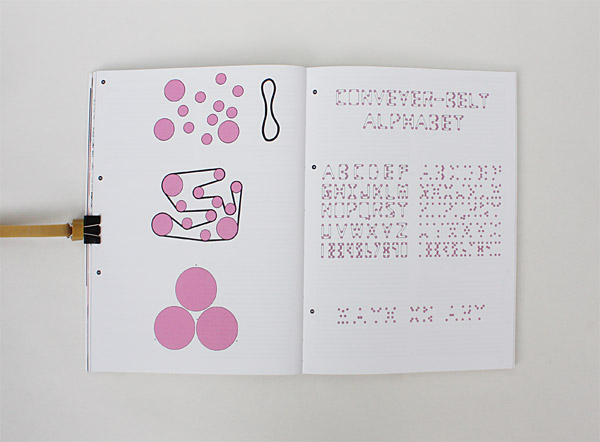 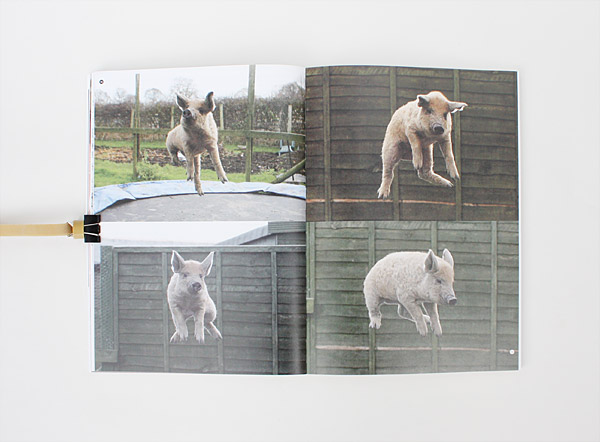 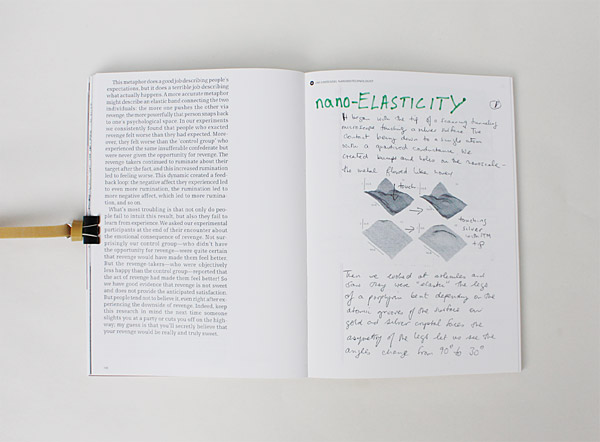 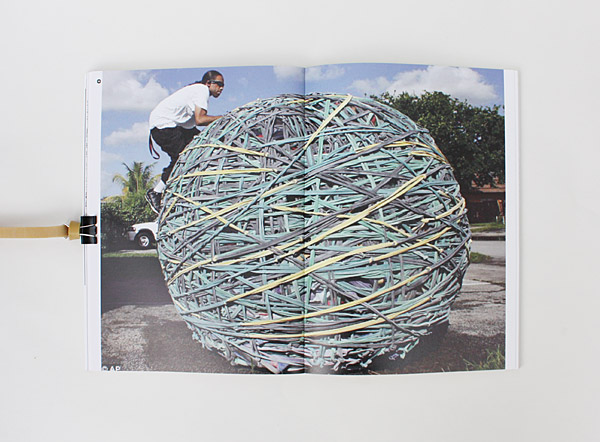 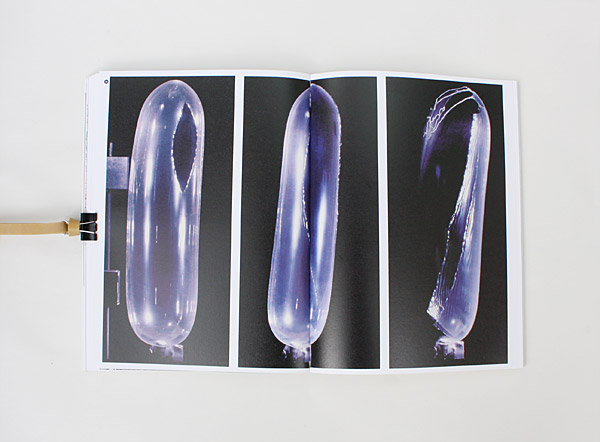 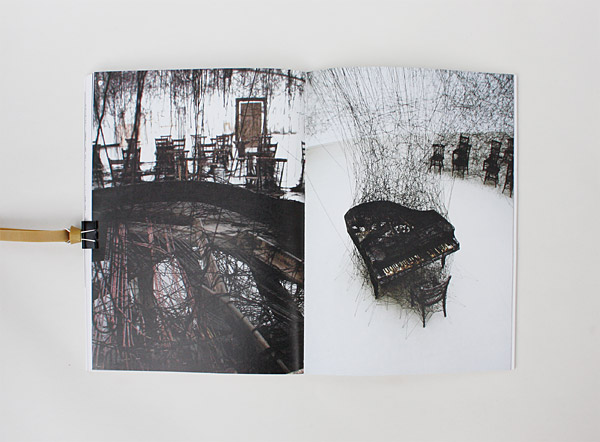 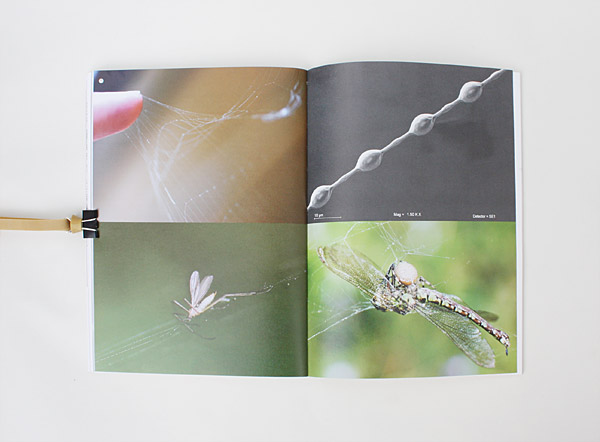 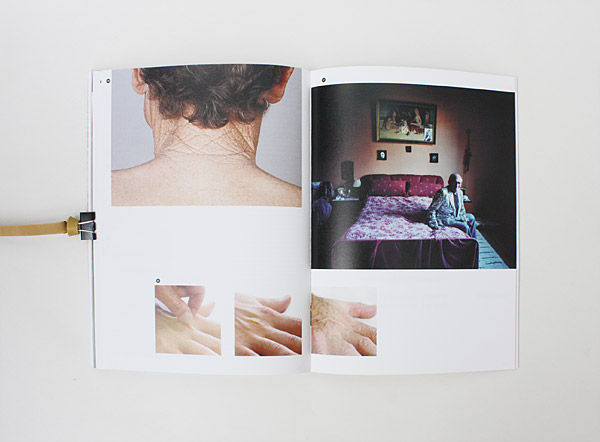 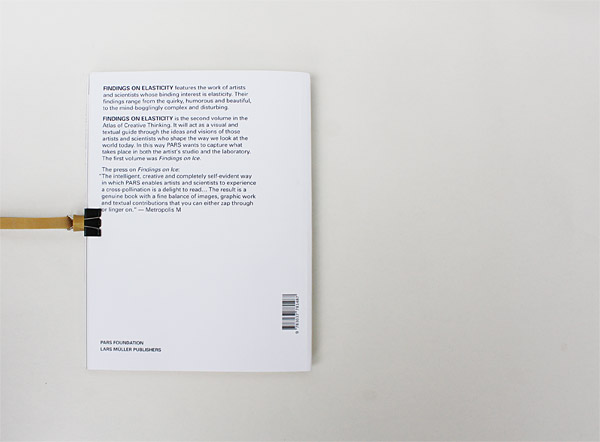