top
This That Other
Stefan Diez has a new trick up his sleeve for e15
Apr 3, 2013
There were more than a few astonished faces when Stefan Diez presented his “Houdini” in 2010: Amazed both at the chair, which certainly cuts a “bella figura” with or without armrests, and the allusion to the famous escape artist. Now he is continuing with this genuine art of tricks on the Salone stage. Esther Schulze-Tsatsas asked Stefan Diez what “This That Other” is all about.
Esther Schulze-Tsatsas: What were you seeking to achieve with your new series “This That Other”?
Stefan Diez: It is three years ago now that we presented the “Houdini” chair in Milan. Back then we sought to realize a small group of seating furniture that works well set against Philipp Mainzer’s furniture designs without investing a great deal of money. The result was a principle based on gluing thin, hand-bent plywood elements by hand, which produces completely different types of seating depending on their shape. The “Houdini” family has now grown, has developed its own style and has been very successful. Our new project is intended as a T-shirt version of “Houdini”.
How does the “This” chair differ from “Houdini”? Is it the little brother?
Diez: “This That Other” is an entirely new design that alludes to “Houdini” in its formal aspects, but leaves the strong focus on craftsmanship behind. Industrially produced, considerably more affordable and universally usable, the new family is well-suited for use in hotels and restaurants.
First the magician “Houdini”, now the card trick “This That Other” – is there a link between design and magic?
Diez: Absolutely! I think both require a little trick for it to work, don’t you? 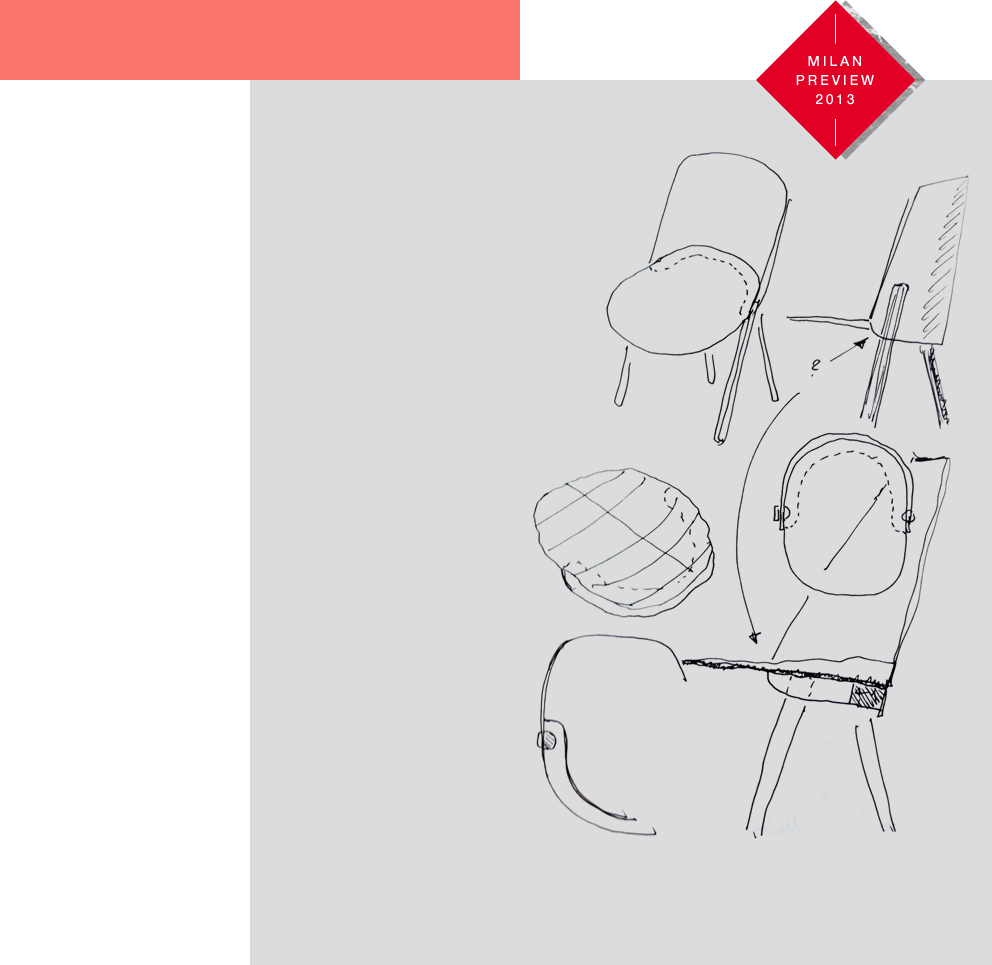 Stefan Diez sketches "This That Other", sketch © Stefan Diez
Advertisement