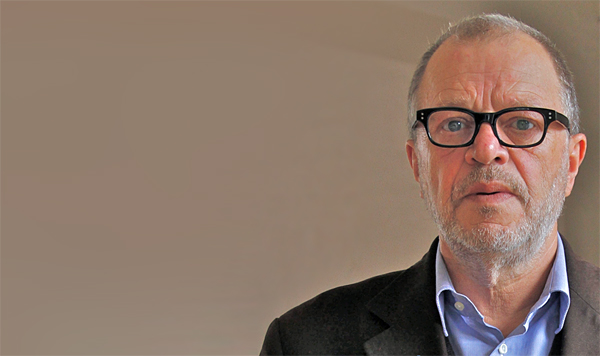 Design is not art: A terse assertion that nevertheless always succeeds in provoking contradictions. We no longer require any special proof that the walls dividing art and design have been torn down. Artists' consideration of consumerist behavior as a central theme in their works is nothing new, nor are their reflections on the role that product culture plays in the formation of identity. The shrill postmodernist design of the 1980s experimented with dramatic artistic forms and was bursting with wit, demonstrating that drawing a distinction between serial products and one-off artworks is an impossible feat. There is doubt that this targeted affront to such established associations and to these now beloved spheres was the trigger for debates on designers' place in society and for a great deal of self-reflection on behalf of the designers themselves with regards to the conditions of his work. But discourse on design and design in practice have a rather ambivalent relationship to one another. Radical strategies are limited in their relevance when designing practical object destined for mass or industrial production. In this sense, designers do not enjoy the same privileges as artists, which afford them free reign in their creativity, turning the world we live in on its head. Therefore, and this is the key point here, social and functional parameters remain constitutive of the realization of their designs.

No one is in a position to put a definitive finger on the imaginary demarcation line between art and design. Only one thing is certain: Design for mass production is always bound to conventions (in the sense of a social consensus). They prescribe a framework within which the function and effect of objects is to be conceptualized. The individual challenge for the designer is to interpret, reformulate, bend or partially breach these conventions. By transforming or reformulating established parameters, they permanently define what convention is, what it remains and what it will become. Insofar the quality of design is also measured by the extent to which it counteracts habitual behavior and norms. Considered from such a viewpoint, the creation of objects becomes comparable with certain artistic strategies such as deconstruction.

However, there still appears to be a fundamental difference between the two disciplines. The designer's break with convention will always remain limited in its reach. The complex conditions required for the actual realization of a design will never be able to ignore such a transgression. That which is feasible will always play a regulatory role in the realization process, reining in designs from the extremities of the imagination. And yet: To keep feasibility in mind while conceiving what could be possible, really is evidence of a designer's creative competence. This then reveals itself in the originality of an idea and is consequently honored by society in the form of the demand expressed for it (and the reverence afforded to it). On the market (of images) designers no longer come second to artists. Their achievements are ennobled with the signature of their intellectual creator and with the authorship that this attests. In this way, design objects frequent "lifestyle" platforms as though they were one-off pieces. In this particular realm a differentiation between art and design object has ceased to exist. What is important is the objects' potential for the formation of identity. We are at present witnesses to a rapid attrition of group-specific and individual coding. It is most notably the young who turn to material attributes in order to demonstrate an identity that is in fact only temporary. But although we may seek assurance in the unchangeable, the personal and the incompatible, these elements are not necessarily desired on a long-term basis; and this is not only applicable to the young. Behind the increase of design in the fleeting form of objects hides a longing for the unique and the individual. Viewed in this light, perhaps objects with a more unique aura to them can also compensate for the losses we experience in our high-paced, technology-based culture.

Whether the functional objects find a use as such or are simply presented as original artifacts of a particular lifestyle, is beyond designers' control, and can even contradicts their intentions. This phenomenon is by no means a new one, above all when one considers the kind of mystique-filled status achieved and long since maintained by prototypes from Bauhaus. And it isn't their ethical and social programs that have turned these works into highly sought-after collectors' items. After all, it is their reception that determines whether Wittgenstein's door knobs, for example, constitute good design or mere indicators of his philosophical thought. The roots to this lay in the historical interconnection between art and design. Design was established in an artistic context but over the past century it has also emancipated itself from art, arts and crafts, or rather applied art, and thanks to Bauhaus achieved autonomy for its institutions. This intellectual emancipation still forms the foundation of our profession.