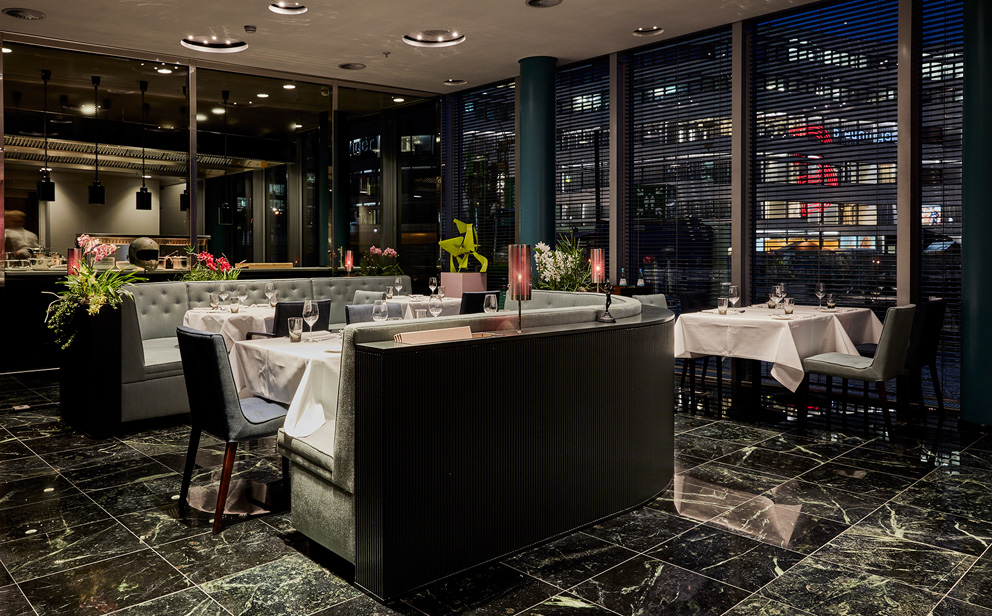 The upholstery materials for the customized seating allude with their fine pigeon gray that shimmers green to the petrol-colored steel. Photo © Steve Herud 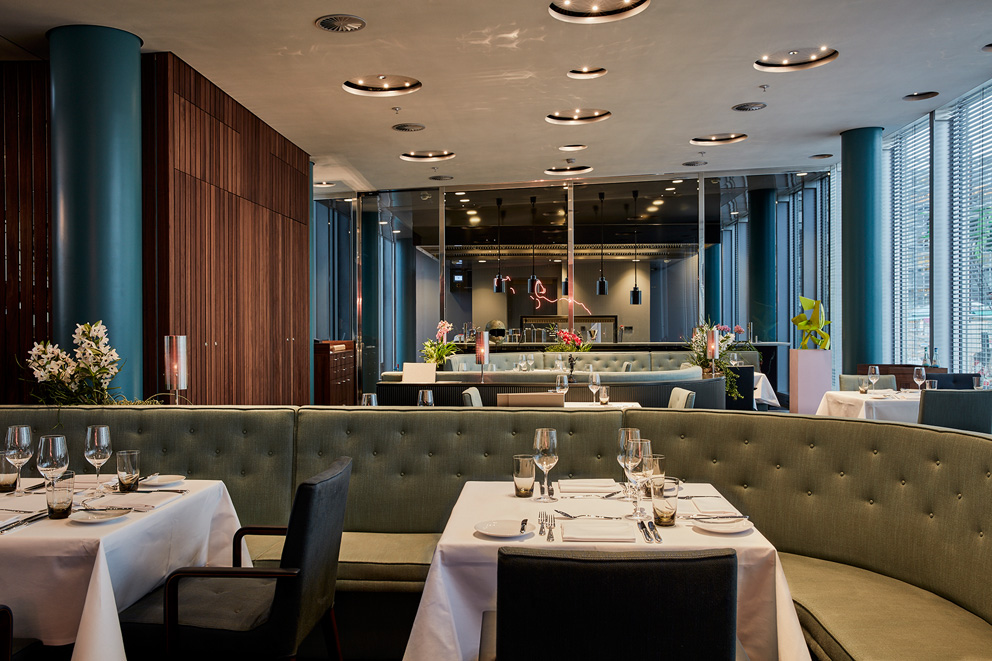 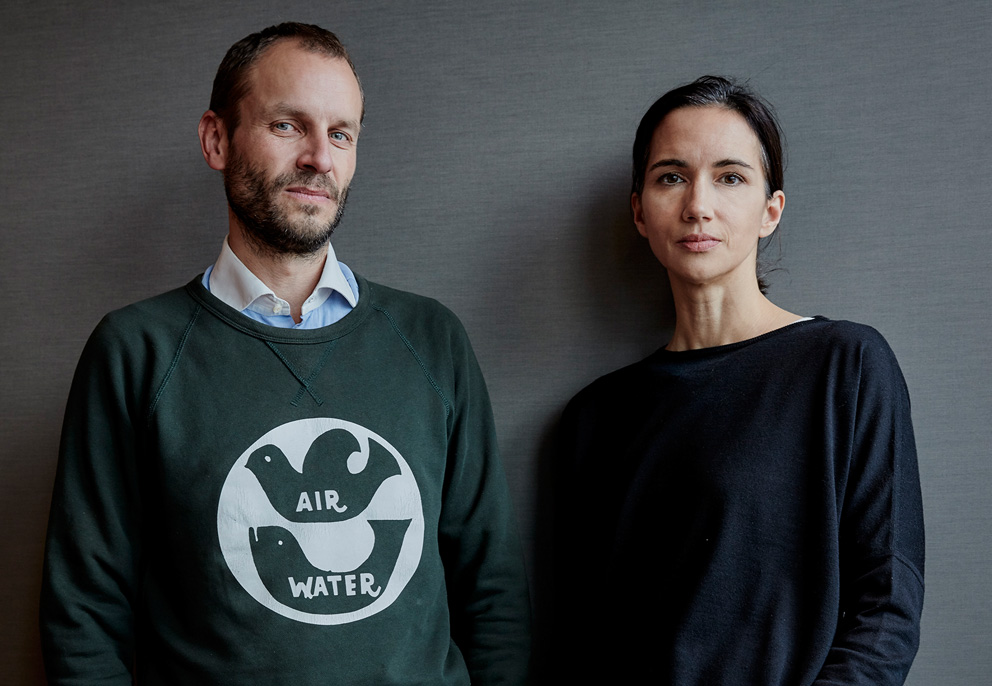 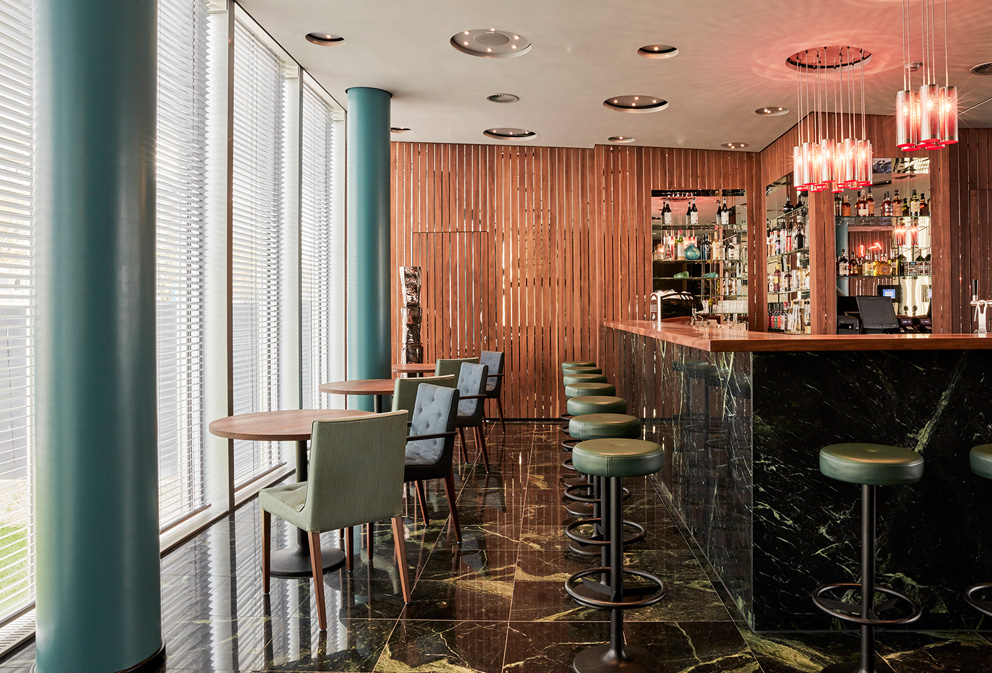 With a show kitchen and dark glass separating it from the stairwell and cloakroom, the interplay of transparency and reflection bringing to mind a Dan Graham installation. The chairs by Wittmann play with the zeitgeist of the 60s. Photo © Steve Herud 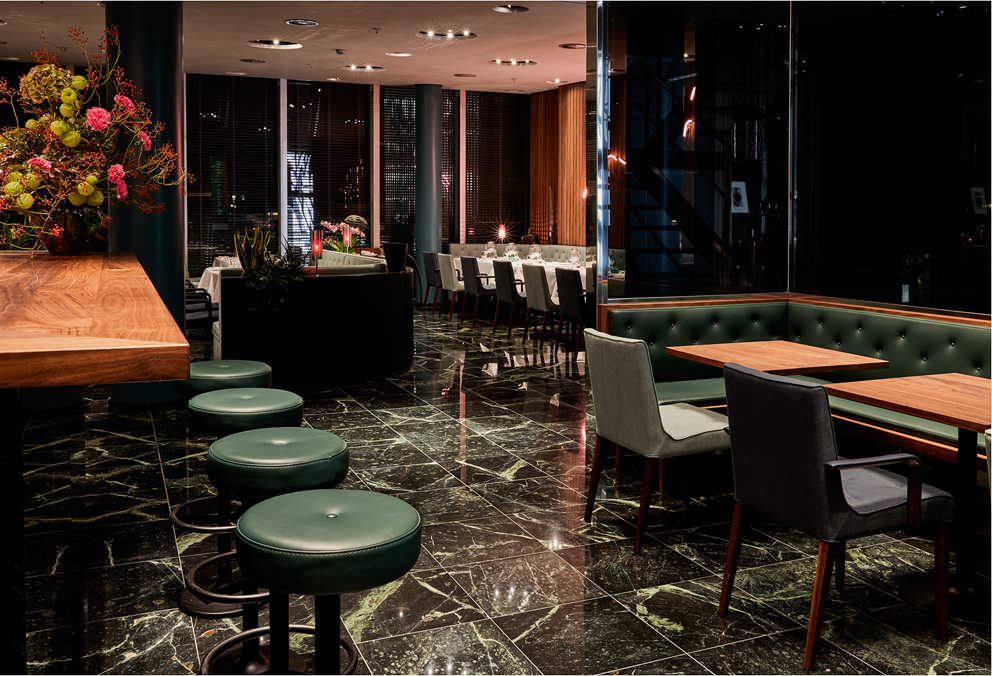 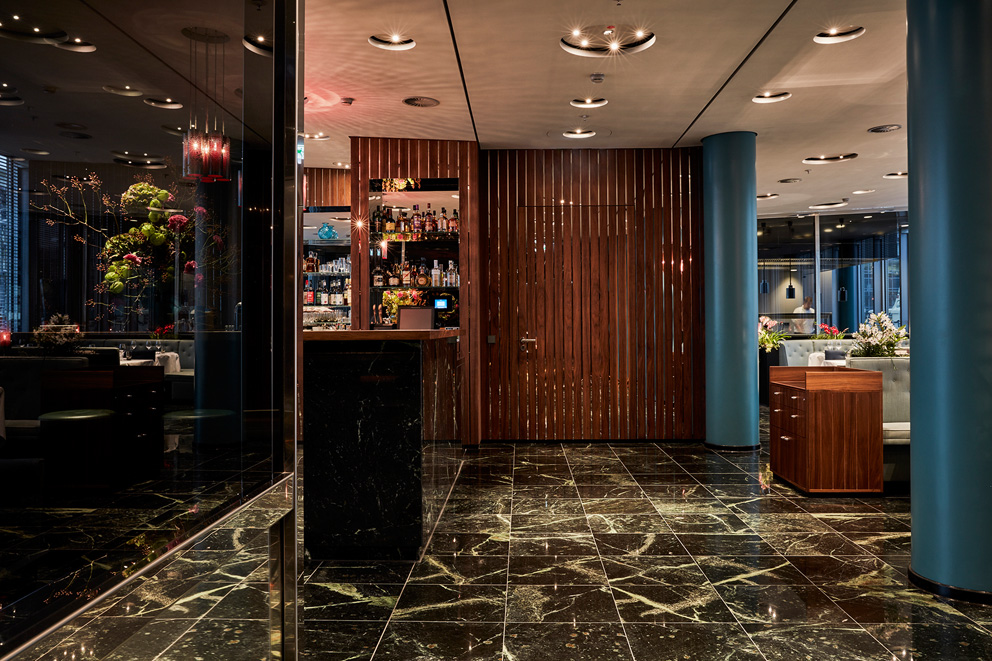 A gneiss from Northern Italy is also used right through to the outer sides of the bar counter. Photo © Steve Herud
Advertisement