The Japanese contribution to this year's Architecture Biennial, or so the announcements declared, celebrate the birth of Metabolism about 50 years ago. I was therefore really looking forward to seeing the pavilion. Structures that spanned entire cities, scaffolding containing interchangeable containers, capsules that looked almost as if they came from sci-fi movies, shelves made of reinforced concrete, as tall as high-rises, the city as machine. Maybe, or so I thought, I would get to see the rare drawings of the Kiyonori Kikutake's Marine City, models of the mega-city plans for Tokyo drawn up by Kenzo Tange and Kisho Kurokawa. I knew it all from books, liked the straight edges, the right angles, the utopian thrust, and felt it would form a massive antipode to the light, exhilarating Japanese houses dotted around this Biennial. Bringing things back down to earth!

So I approached the beautiful Japanese pavilion dating from the 1950s and designed by Takamasa Yoshizaka, a 15 by 15 meter hall with light from above, born aloft by metabolistic slabs of concrete. Beneath the pavilion, and I slow down, hangs a strange red-and-white crate, next to it an arrow with the words "Take a Look". I obey and find my head in a doll's house. An architecture office with all the bits and pieces, just shrunk to pocket format. Tables with plans on them, chairs, shelves with models, it is a giddying experience. Confused, I walk on and reach the entrance one floor higher up.

Inside, the difference between my expectations and what I have seen slowly becomes understandable: "Tokyo Metabolizing", curated by architect Koh Kitayama, simply relies on the birth date of Metabolism in order to exhibit the works of two architects: the oeuvre of Yoshiharu Tsukamoto, who together with Momoyo Kaijima manages Atelier Bow-Wow, and that of Ryue Nishizawas, a professor colleague of the curator in Yokohama and the renowned partner at the SANAA company of the director of this year's Biennial Kazuyo Sejima.

The models of two houses on a miniature scale are placed on the pavilion's marvelous marble floors: The one (the doll's house that I had looked into from outside) is the residential/office building that is home to Atelier Bow-Wow in Tokyo. The residential section, which is in the upper section, is lovingly outfitted, with miniature furniture, miniature bottles on the miniature fridge, and miniature newspapers on a miniature living room table. We are already familiar with this love of detail from the office's magical drawings for their plans, and from their small models, both of which are also on show in Sejima's main exhibition.

The second house in the pavilion consists of many houses. It is the likewise not unknown Moriyama House created by Nishizawa, also located in the Japanese capital: ten differently sized cubes and blocks, one, two or three stories high, in bright white and abstract, with large square windows and linked only by the alleys and small passageways in-between. In the one the developer, Mr. Moriyama, is asleep, in another he is using the toilet, in another he is busy cooking - and so on. We at any rate witness the latter in a film that is projected onto the wall next to the model. Another shows how the Bow-Wow architect couple live in their "doll's house".

That said, the curator does not only showcase two pieces by two offices that are very much en vogue in the West. He also sets out to present the state of Tokyo today. And this is where the announcement and the title meet up again: Tokyo, or so the insight from the other, far leaner half of the exhibition is a "metabolizing" city. Some films show what this involves: As one of the world's largest metropolises, the city sub-divides into ever small units. As long as the some 1.8 million owners of the individual plots of land abide by the building laws they can build any type of structure they want. The houses thus change with the stage in their inhabitants' lives, get torn down and then rebuilt. Unlike in Europe, where the houses as a rule outlive their occupants, in Tokyo the buildings tend to get torn down and rebuilt every 25 years. The two buildings on show are the fourth generation on their respective plots.

A great triptych right at the beginning of the show emphasizes this point: An aerial photo of Paris, the "City of Monarchism", is followed by one of New York, the "City of Capitalism". The third image is of Tokyo, the "Metabolizing City". Then the final satellite image starts to morph. A building plot - a blop - suddenly gets a larger house on it. Another - blop - becomes a parking lot. And now an increasing number of houses start to change in appearance - blop, blop, blop; the whole organism of the city seems to be in restless motion, changing ever more swiftly. "Now precisely that is Japan," a friend tells me who visited the country, "a chaotic city and all the small fine houses in it, like so many doll's houses." When I leave I feel at ease with it all, have forgotten my expectations and learned a lot about the country and its architecture.

The following having already appeared as part of our series on the Architecture Biennial:
› Oliver Elser on the central exhibition by Biennial Director Kazuyo Sejima
› Dirk Meyhöfer on "Desire" in the German Pavilion
› Sandra Hofmeister on urban free spaces and vacancies in the French and Dutch Pavilions
› Annette Tietenberg on the British Pavilion, where a school of seeing has set up shop
› Carsten Krohn on the end of "signature architecture" and the beginning of a the production of atmospheres
› Dirk Meyhöfer on the emotional states en route to reanimating the Russian industrial city of Vyshny Volochok
› Claus Käpplinger on the country pavilions outside the Giardini and the Arsenale 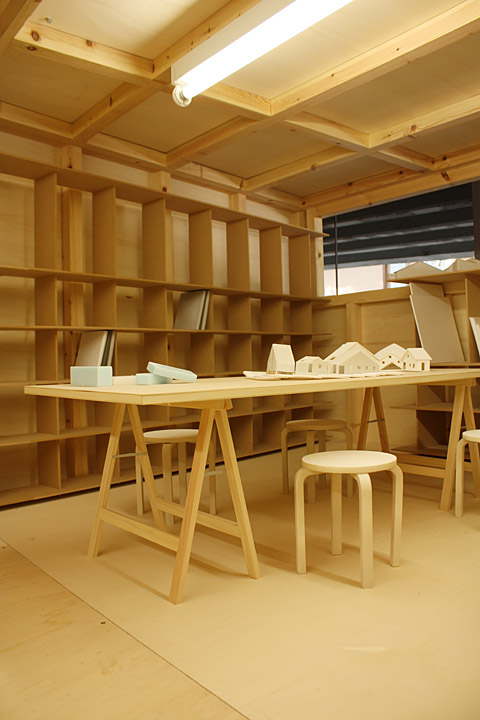 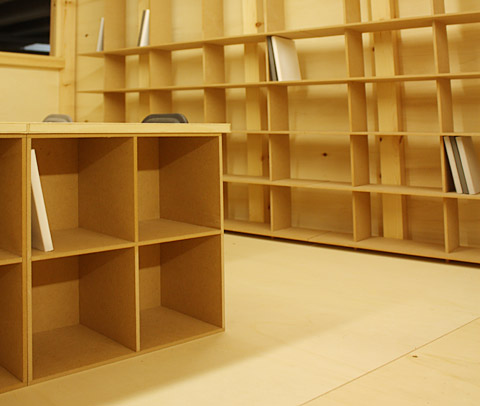 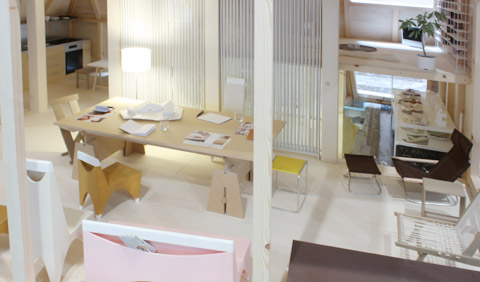 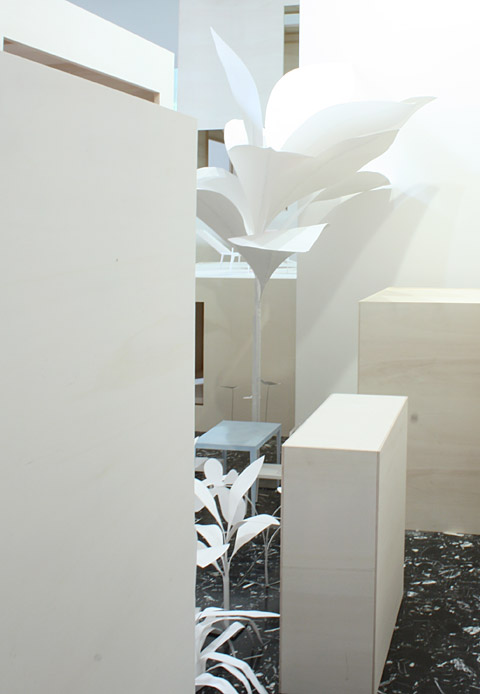 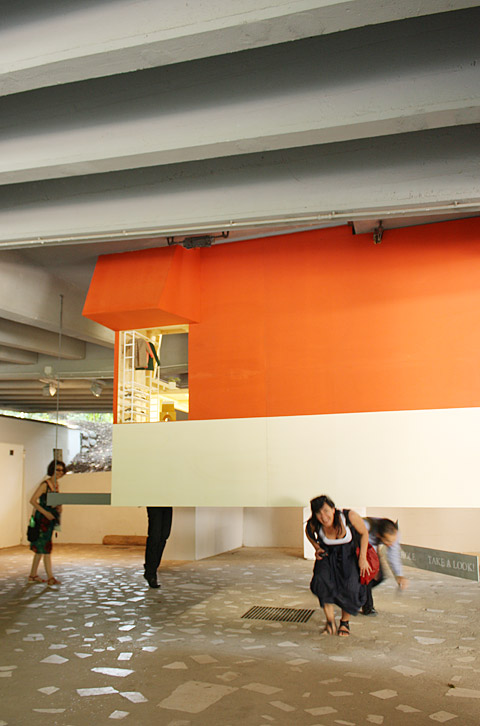 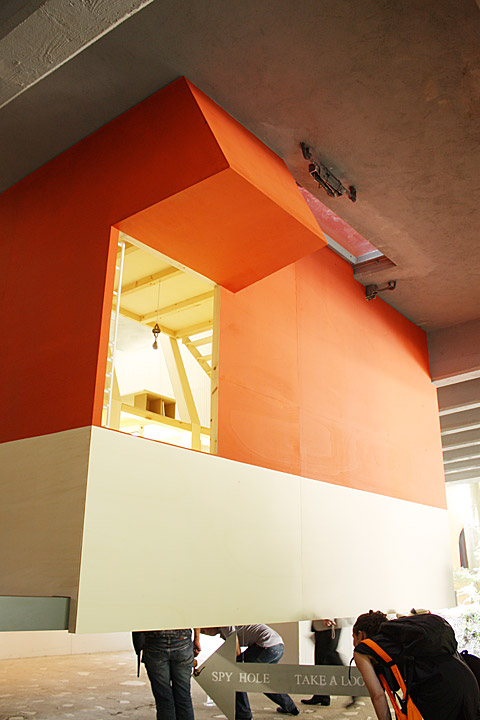 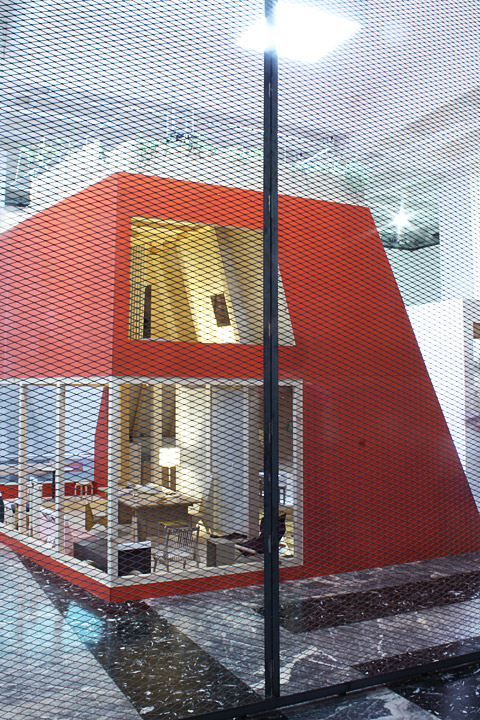 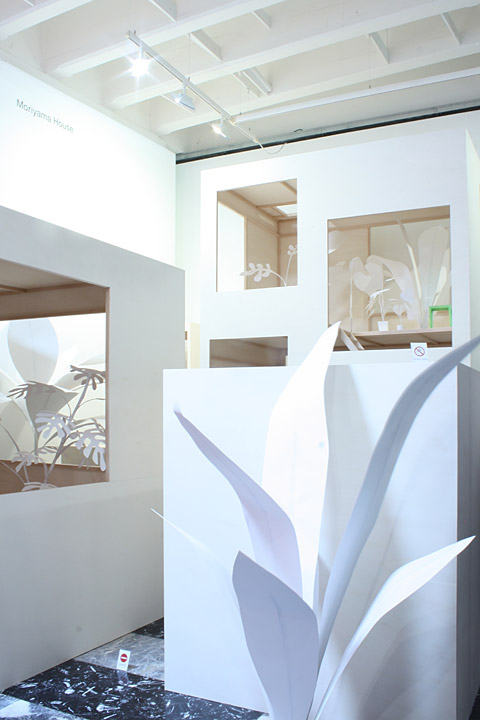 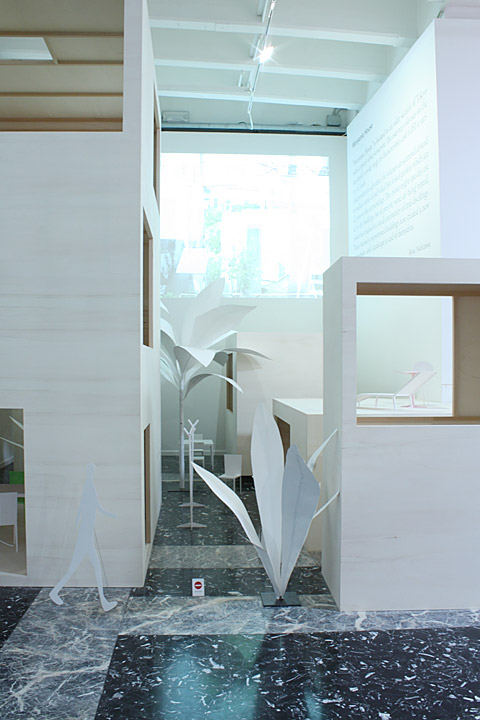 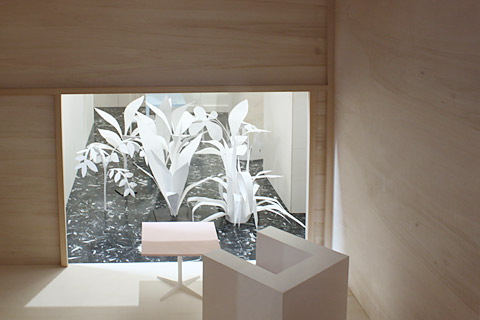