Three planks of spruce wood and a lateral wooden bar: the furniture icon is complete. The “Ulm stool” is simple, sleek and minimalistic. Yet at the same time one of the most versatile pieces of furniture one could possibly imagine. For the wooden block weighing just 2.1 kilos is not only a mobile seat, but also a step stool, a side table, a shelving element, a container, a serving tray and a table piece.

More than anything else, this item of everyday furniture is a statement. In 1954, Max Bill designed the stool for the newly-founded Ulm College of Design. The creative Swiss mind (he was an all-in-one architect, painter, graphic artist and designer) was a co-founder of the legendary institution, considered the legitimate successor to the Bauhaus. The “Ulm stool” arose, so to speak, out of necessity; the necessity to develop inexpensive seating for students despite a lack of funds. So Bill joined forces with tutor Hans Gugelot and master carpenter Paul Hildinger, to create an angular, minimalistic solution, which would soon become exemplary of the particular concept of product design propagated at Ulm. Its reduced, functional and above all cost-effective design made it a symbol for a completely new understanding of design. The fact that actually sitting on the stool was not necessarily comfortable was irrelevant. When the new college building opened in 1955, everyone, be they students or tutors, had an “Ulm stool”; the three-plank, multifunctional universal furniture became a central feature of the design school.

The “Ulm stool” is one of Max Bill’s best-known pieces. Now, this fantastic invention (the former license holder Vitra discontinued production of it in 2009) is to be re-released. The design classic is now part of the Max Bill collection launched by Wohnbedarf in September. This has been a huge success for the Zurich furniture and interior design company founded in 1931, for some of the pieces that have to date never made it past the drawing board or have been out of production for quite some time. Jakob Bill, Max Bill’s son and the man in charge of administering his father’s estate, opened up the archives to Wohnbedarf, concluded an agreement regarding the furniture’s exclusive production and distribution rights and worked in collaboration with Wohnbedarf to develop the re-edition collection, using sustainable materials and with the aid of the most up-to-date technology: a consequential step for Jakob Bill who like his father also devoted himself to Concrete art. “I made the decision based on tradition. My father is inextricably bound up in Wohnbedarf’s history.” After all, Max Bill not only created the memorable company logo, he was also for many years responsible for the company’s graphic design.”

Bill belonged to the circle of designers, which Wohnbedarf’s founders (architectural historian Sigfried Giedion, architect Werner Max Moser and businessman Rudolf Graber) created in order to ensure the everyday utilitarian objects the company produced had a contemporary feel in their design. Uncomplicated, functional and mass-made, this was the vision for the furniture that was set to take over apartments all over Switzerland. The idea behind it held a rather educational interest, for its aim was to combine lifestyle and the aesthetics of home decor to form a single entity. It is for this reason that representatives of the avant-garde movement, namely Marcel Breuer, Alvar Aalto and Le Corbusier, asked the founders of Wohnbedarf to design furniture for their program. Wohnbedarf quickly established itself as “the furniture-maker for good contemporary furniture”, as Max Bill once described it.

The Art of Reduction

It was this tradition that they want to build upon, explained the current Director at Wohnbedarf, Felix Messmer. “Our motto is ‘Back to the roots’. We want once again to produce a fine collection of our own.” The design house, which in past years had focussed on commercial trading with design classics and selected novelties, began with a limited edition collection of furniture by Wohnbedarf co-founder Werner Max Moser; then followed with the reissue of selected Bill items, just in time for Wohnbedarf’s 80th birthday. The “three-legged chair” (Dreibeinstuhl) was of course not forgotten amongst the items chosen. Designed for Wohnbedarf in 1949, even today the originals are a sought-after rarity and their daring design earned Bill “Die Gute Form” (the good shape) accolade from the Schweizerischer Werkbund (Swiss Work Federation). The 1951 “cross-framed chair” (Kreuzzargenstuhl) has likewise been a design classic for quite some time now-. While the “square roundtable” (Quadratrundtisch) also designed for Wohnbedarf in 1949 remained unobtainable over a long period. Now, this prime example of timeless design is just waiting to be rediscovered. The plywood table with a linoleum top was one of Bill’s most important designs – and one of the gems of the re-edition collection. Thanks to a 45 degree hinge, the round table can be quickly transformed into a square one. “The mathematic logic that characterizes my father’s work finds its most effective expression here,” says Jakob Bill. And he’s right; here Max Bill’s concept of Concrete Art has been perfectly brought to bear into an object of everyday use.

“Good design is as little design as possible”: For Bill, the advocate of good form, an economic use of materials, low costs, functionality and durability were all considered absolutely imperative. His designs were aimed to last and not made for quick consumption. In doing so, according to the multi-talented designer, beauty is not just the outcome of successful construction, but rather also holds its own value. This is something that the young generation today is discovering for itself, says Felix Messmer: “Their interest in these classics has much more to do with sustainability. The times of a throw-away society are over.” And so, evergreens such as the Ulm stool make for highly suitable counterdrafts. 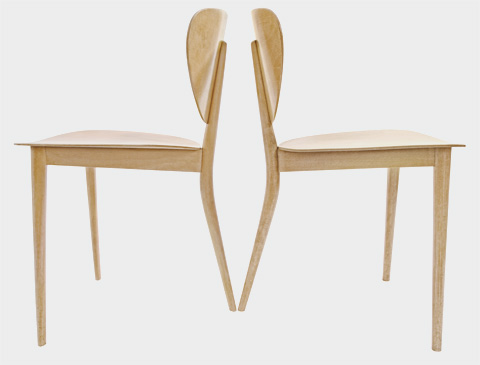 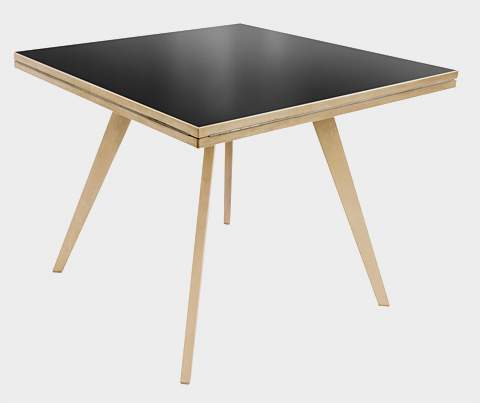 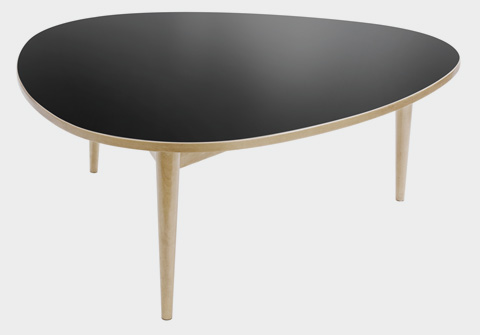 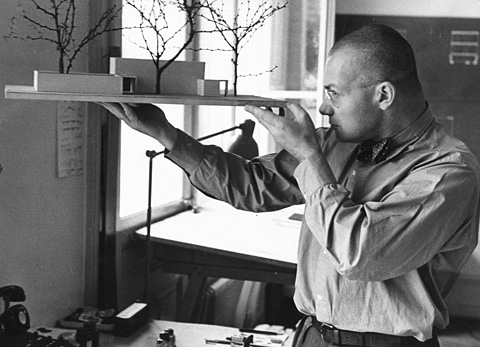 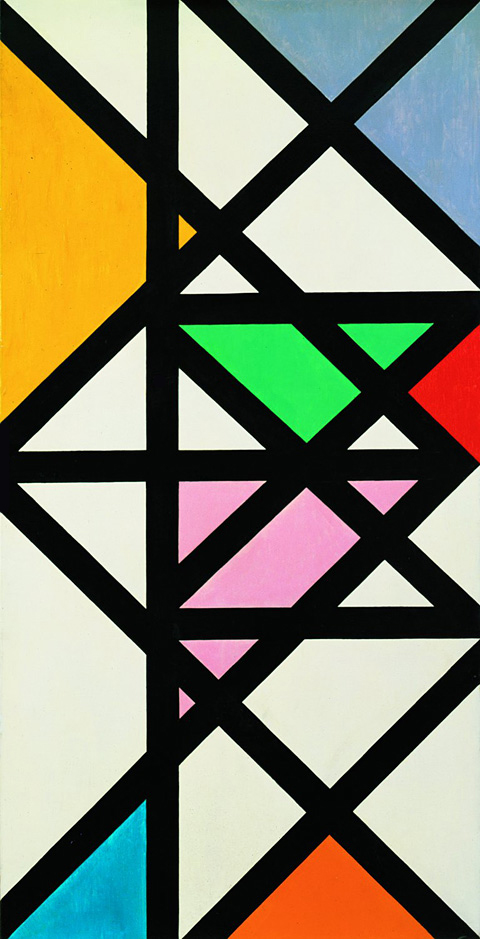 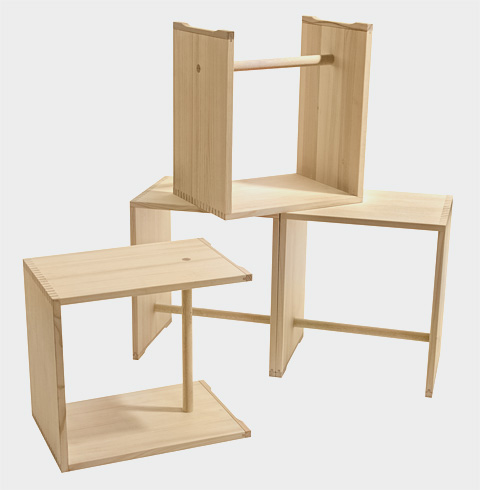 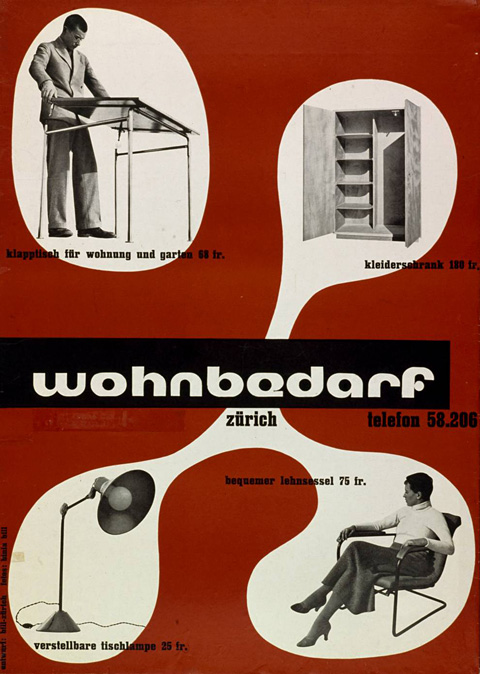