The classic automotive industry is dead. At least it is no longer the opinion leader. Considering its multi-billion losses everywhere, bankruptcies, partial spin-offs and emergency mergers, it is not exactly a flourishing industry. Nor can lobbyists take it for granted anymore that they have an audience. On July 19, 2009 Joschka Fischer warned TV presenter Jörg Schönenborn on the political affairs channel Phoenix, about what could lie in store: "To date, the automotive industry is still the number 1 factor for Germany. However, we need to be extremely alert. We used to be strong in photo optics with brands such as Rolei, Leica and Agfa, and in consumer electronics with brands like Grundig, Telefunken, Loewe and Braun. All this is over. We now have to make damned sure we don't miss the boat."

In view of the imminent shortage of oil, nowadays no engine manufacturer would claim that classic gas or diesel vehicles are the future. In the luxury segment four instead of eight cylinders are already being developed everywhere. Hybrid engines are considered the upcoming model for the large class of mid-range cars. Yet they too consume oil. Although there is no clear answer to the question of how the additional demand for electrictiy is going to be met, electric engines are being championed as a serious alternative, at least for the compact and small car segment. As long as the 30 to 400 billion "Desertec" solar project and similar undertakings are not completed - and the completion of "Desertec" is forecast for 2050 - things do not look good for us. And we are well aware that in the long term photovoltaics will not provide the efficiency needed for future traction.

Paradigm shift in the passenger compartment

As such the question is not so much how we can optimize the motorization of individual transport - for, with regard to a global view on energy, this is in many cases based on the method of shifting things back and forth. It is merely a redistribution, while overall energy requirements remain the same. Therefore the paradigm shift will have to happen in the passenger, not the engine compartment. In future, a significantly higher number of people will have to travel with the same or a far more efficient engine. What will ultimately make a difference is the number of passengers. The calculation is very straightforward: In the case of a vehicle that emits 120 grams of CO2, one passenger would be responsible for 120 grams while in the case of four passengers each would only cause 30 grams of emissions. In this way you can reduce CO2 emissions by 75%. Therefore, the long-term solution is not going to be the Smart2Go principle, whereby a single person uses a small rented vehicle, but intelligent group mobility managed through state-of-the-art telecommunications and accounting systems.

This has an impact on the question of design. In a sector where - despite claims to the contrary - attention was paid to little more thanstyling and branding, where several manufacturers simply presented identical concepts differently, there is now an almost infinite amount of entirely new solutions emerging. Particularly where sustainable group transport is concerned.

There is also the fact that intelligent use of group transport vehicles ensures that a vehicle is actually on the go. Used by one person according to his or her specific need for mobility only, many individual transport vehicles tend to be parked for a considerable part of their lives. Consequently, our cities and, particularly, our world's sidewalks and open spaces are clogged up with metal, which massively reduces quality of life.

The "Taxi - sustainable group transport systems" project by the Academy of Design in Offenbach (HfG), the Technical University in Istanbul (ITÜ) and the Design Academy ESDI in Rio de Janeiro presents astonishing solutions to this. The product designers in the faculties there assume "that in the fastest-growing centers, the major cities in the southern hemisphere, individual transport has effectively already come to a standstill", as the project partner Özlem Er from Istanbul, a city of more than 13 million inhabitants, soberly states. The figures of traffic planner Max Herry might help us to understand the extent of all this. According to his calculations the damage caused by traffic jams in Austria, a country of 8.5 million inhabitants, amounts to €10 million per year: "This figure also includes the loss of working hours, missed business meetings, delayed deliveries and increased environmental impact, for example through fine particles." On the other hand, the same societies are - for financial reasons and due to the enormous dynamism of their demographic development - often not able to establish adequate systems of local public transport.

That is where mini buses, car sharing and flexible systems come in. Being confronted with the two alternatives of either destroying the landscape and allowing for more traffic jams by building even more roads or implementing a system that is ten times as efficient, we don't really have a choice.

A passenger is more than random cargo

What concepts are being considered here? What types of mobility concepts can resolve the matter? And how do these systems need to be linked in terms of communication in order to pick up and drop people somewhere at the right time and, during the trip, make them feel like they are not just random cargo but rather a welcome passenger of high status? How do you get people to choose the new systems over their own motor vehicle?

"A constantly repeated assertion by the industry has been preventing the development of energy-efficient city vehicles. It maintains that these would be suitable for the city but not for overland traffic. Why would they have to be? We have therefore been investigating new concepts of vehicles intended for certain routes or areas in large cities. This is why we call the project ‘Taxi - sustainable group support system'." Darius Zieba, who graduated from the HfG Offenbach and has a Master's degree in Automotive Design from the University of Pforzheim, knows what he is talking about. He has got fuel in his veins, so to speak. However, he is no fuel junkie, like so many in this sector but is well aware of the potentials oil lobbyists keep hidden away in the back of drawers: pneumatic engines, avoidance of traffic and, most importantly, the implementation of highly efficient group transport are the way forward. "Accordingly", says Zieba, "our project is structured in such a way that we gather figures and perspectives from cities of five, ten and 20 million inhabitants instead of having an eye on potential buyers in Bad Homburg." Cooperation with big cities such as Rio and Istanbul play a crucial role. We are looking for new contexts in mega cities such as these. We are interested in vast interiors such as the South China Shopping Mall in Shanghai, which has a surface area of 1 million square meters, or Terminal 4 at Madrid's Barajas Airport, which is the same size. For these and even bigger future interiors we can well imagine vehicles that do not have to be able to go faster than 25 kilometers per hour, do not need rain proof coating and do not cause emissions." These are some of the new, as yet neglected areas of 21st century traffic. Beaches, parks and emission-free inner cities, which will doubtlessly become a reality in the future, equally lend themselves to intriguing simulation games.

João de Souza Leite from the ESDI in Rio de Janeiro also sees a prospect in advancing successful custom solutions: "Advancing what has been improvised becomes interesting when we can prevent successful technologies like the Asian tuk-tuk from being driven away by limousines. If we thought about alterations to the tuk-tuk, making it suitable for a new urban future instead, we could come up with astonishing solutions.

"Taxi - sustainable group transport systems" envisages all these concepts being managed through flexible communications and accounting systems such as Blue Ray, WLAN, Twitter and mobile terminals, particularly in emerging nations, where there are often no landlines. If the automotive industry put more emphasis on development scenarios for the future instead of persisting in the past with the the so-called premium segment, there would be no need for it to worry about a lack of prospects. Perhaps this is what Joschka Fischer is referring to when he gloomily warns us about the imminent decline of the German car industry. 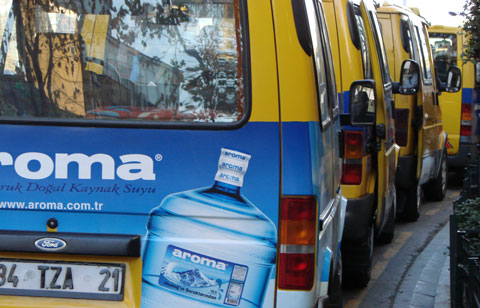 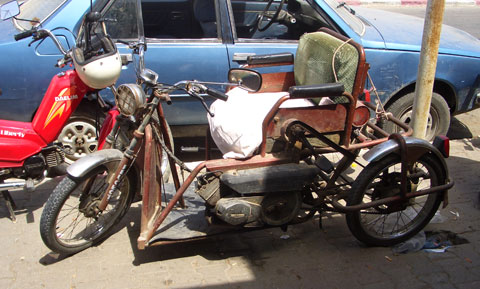 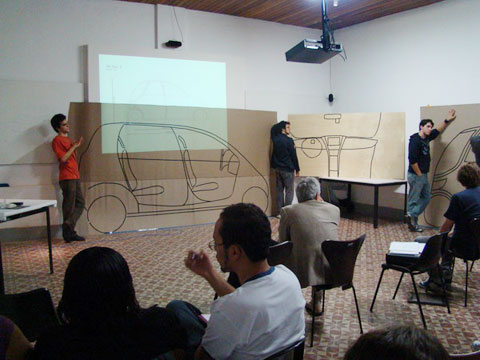 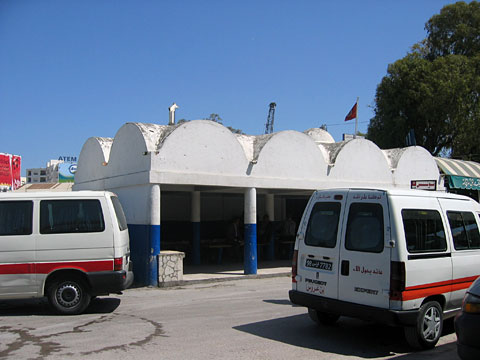 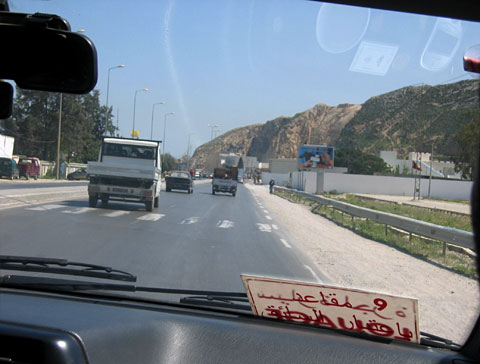 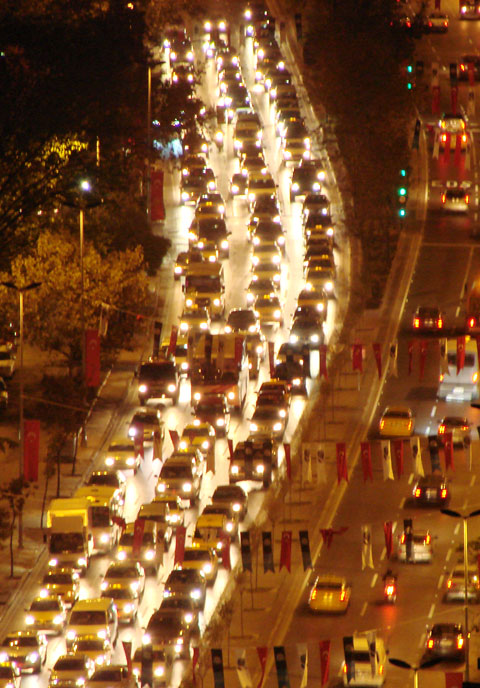 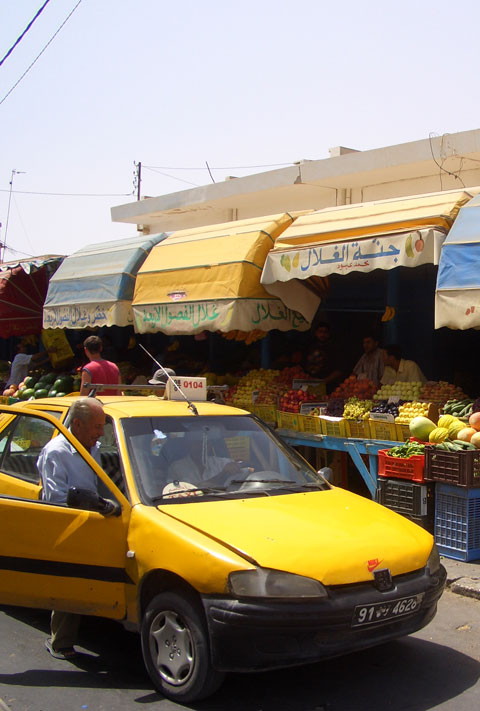 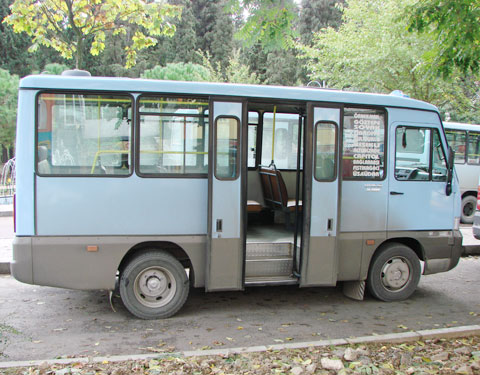 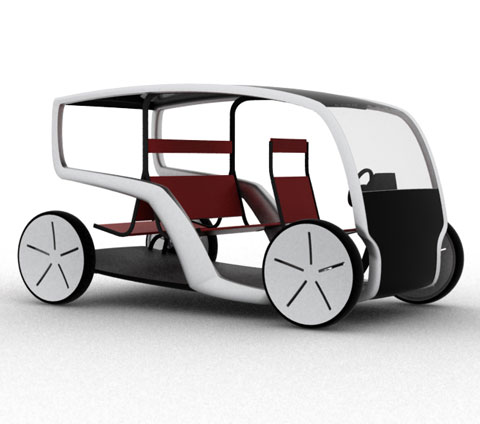 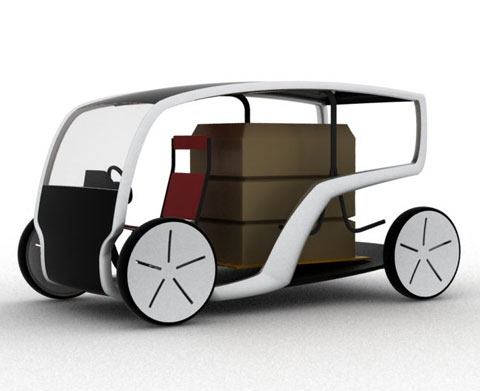 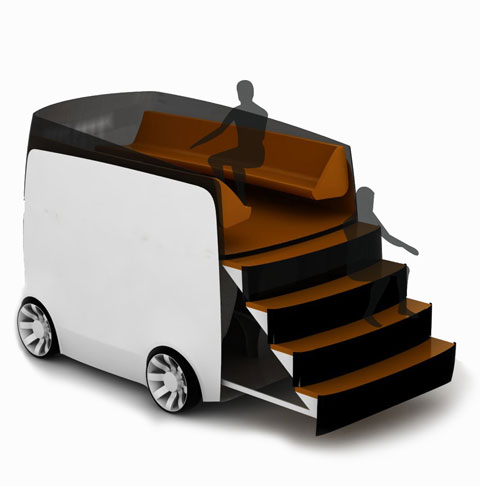 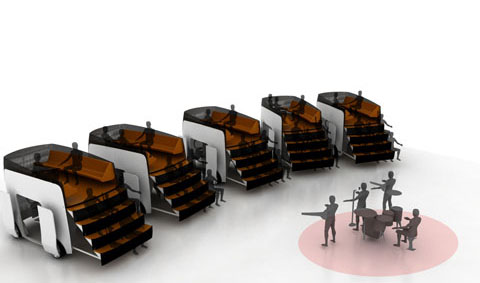 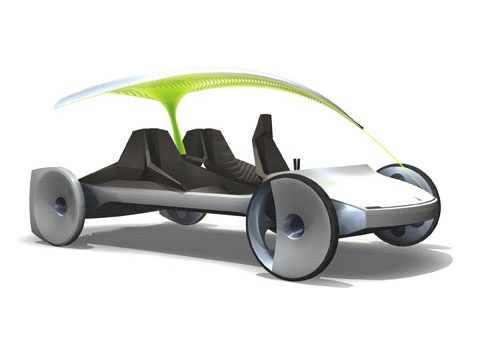